https://oss.adm.ntu.edu.sg/a150087
A product design year 3 student from the School of Art, Design and Media, NTU. 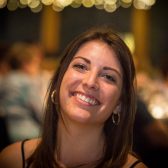 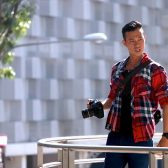 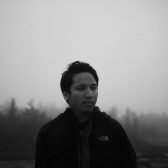 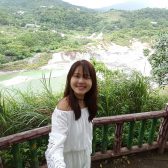 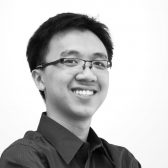 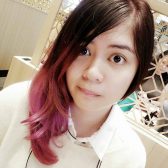 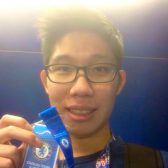 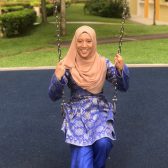 https://oss.adm.ntu.edu.sg/ummi0001
Simplicity at its best. 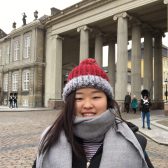 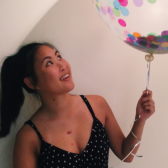 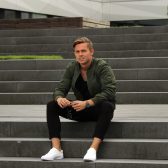 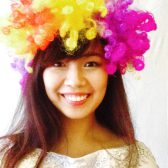 https://oss.adm.ntu.edu.sg/a150112
I am a picky vegetarian who is a left hander. A Minority in minority. 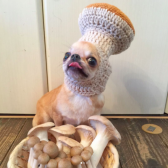 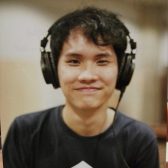 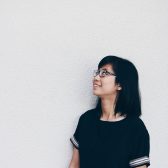 https://oss.adm.ntu.edu.sg/i150004
A foodie, a musician and truly Indonesian. NTU Information Engineering and Media. 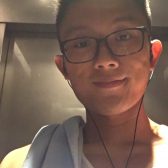 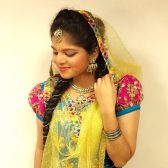 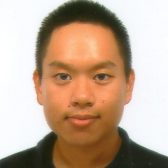 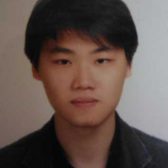 Final Presentation and Self Assessments

In addition to the final project presentations, each of you are required to fill out this DR2008_Self_Assessment form.  Please complete it and email it to me along with the presentation slides and link to your movies**.  Due: Weds, 15 Nov by midnight.

**For the movies, please send a link to a higher resolution file that I can download.  I will Read more →

A message from Jill Seto

Jill sent me an email thanking you for sharing your proposals and saying that:

“The festival team love their proposals!  We have shared with the committee and we are impressed by their efforts and the thoughts they put in!”

Examples of Final Projects in past courses

Here are some examples of final projects and proof-of-concept films made by students who have taken User Experience in Design:

A website that aims to retain the traditional family way of cooking. To articulate cooking methods from the Silver generation to the younger generations so as Read more →

The final project is a moving image presentation and narrative proof of concept for a proposal for iLight 2018.  You or your group will each be giving a presentation of 20 minutes on your project using a combination of media including (but not limited to) images, text, movies and sound (if necessary).  The selection of media used Read more →

Gantt charts are one way to organise your production schedules.  Here’s a free excel template with instructions:

Please note we are now having our final class presentations during the last week of classes, Monday Nov 13 and not on Nov 20.

Here is the link to his presentation from today.

Only one member of your team needs to post your presentation slides and materials. Don’t forget to set a Featured Image!!

Hope you all enjoyed the tour and discussion with Takasu from TeamLab today!  Please make sure to post your reflections from the visit (consider how what you experienced, observed and learned might help you as you conceptualize your iLight projects) + next week prepare to discuss and present your progress on your iLight proposals.

Response on: The Design Of Everyday Things - Don Norman

From the first chapter of the book, I could understand a few of the key points the author is trying to bring across. Firstly, would be the experience of handling a door, having the typical “push/pull” problem. We all have encountered this problem in our lives, pushing a pull door, vice versa. Even though design itself have advanced a Read more →

Just like the title of the book, Hidden in Plain Sight: How to Create Extraordinary Products for Tomorrow’s Customers, the contents that Chipchase touched upon in this reading is indeed knowledge that I feel, is subconsciously within all of us, and only requires a bit of probing to get people to start thinking about them. In fact, I feel that Read more →

This week readings discuss about the importance of understanding people from their daily life using the technique called rapid cultural calibration that would aid in the design research. The technique range from observing the city to travelling by their public transport to the airports, community hubs and signs in that place. All those would give us clues Read more →

khakang
Aug 28, 2017 - 01:01:20 pm
Interesting observation about the differences in cultural behavior between SG and Melbourne Hwee. What other things did you observe? Capturing the "platzgeist" is about observing and "getting" the sensibility of a place...its specificities that are expressed through different means...culturally, through sounds, and arrays of senses.  Being aware of these and incorporating into a product depends very much on the product, does it not?
Reply

An extract from the chapter:

“When you want to know how and why people do the things they do, the best people to learn from are the doers themselves, and the best place to learn is where the doing gets done. This is the simple premise of design research.”

khakang
Aug 28, 2017 - 12:48:44 pm
Interesting reflection Ummi.  I'd like to know more about your observations in Seoul and how you might compare them with Singapore or other places you've visited. Also in Seoul, do you know about the pink seats? http://english.seoul.go.kr/seoul-subway-apply-new-seat-design-pregnant-women/ What do you think this might say about the culture?

Ummi Kaltsum
Aug 29, 2017 - 01:10:11 am
Although there are more observations done in Seoul, these are some cultural differences between Seoul and Singapore: As stated in the chapter, there are discrete days for recycling materials such as tins, cardboard, plastics, and organic materials. These items are divided into different garbage bags for the different trash. For example, 1 for recyclable materials such as vinyl wraps, cardboards, papers, plastics; and 1 for general waste. Because different districts use different colours for the trash bags, it was advisable to purchase these bags at certain supermarket or convenience store (GS25, CU) nearest from where I lived. Image of types of garbage bags in Seoul It became a routine during that 1 month in Seoul to get used to separating the garbages, and bringing it down to the main lobby for the trash point. I started to gauge the time, around 8am, where the manager would be sorting through the trash bags. These became a culture shock for me because in Singapore, the process of disposing thrash would only be done at one go – throwing both general waste and recyclable waste in one trash bag/bin. Plastic bags are not free in Seoul’s supermarket or convenience stores as compared to Singapore. I think this would be one of the ways to encourage buyers to bring their own recyclable bags or use the recyclable boxes provided at the packing station. Image of organised recycled boxes in Seoul Supermarket Image of how locals use boxes instead of plastic bags   3. Seoul’s subway station Unique feature #1: Vending machines are placed around the station. It shows the level of trust the government has on the commuters that they will keep the station clean as they place a generous number of waste bins around. From my observation, not only can the commuters drink soft drinks or Teh Peng at the platform, but also IN the train as well. It became another culture shock for me as we were highly prohibited to eat or drink in the MRT. The only worry I had for this was: bringing this culture back to Singapore. Image of vending machine in Seoul's subway station Image of waste bin placed in Seoul's subway station/platform Unique feature #2: Digital lockers are available in the subway stations for safe keeping. It consists of 3 sizes: small, medium and large; depending on the size of the baggage you currently hold. Image of lockers in Seoul subway stations (point #5) It is normally used if commuters want to continue shopping but does not want to lug around their current heavy baggage. I have used them several times, and the main challenge was to find lockers that are not occupied (which is 95% impossible if you are at famous areas of Seoul) -- mostly can be found at exits that are not so popular.   With regards to the pink seats, I have seen them while I took the subway. Just like the reserved seats for the senior citizens, the pink seats were rarely occupied. There was a time when that seat was occupied and a lady boarded the subway with a baby strapped to her chest, it was like an immediate reaction of the commuter to give that rightful seat to her. From the train rides experience in Seoul, I would say that Koreans are considerate and compassionate people. They are community friendly, in a sense that they give up their seats when someone needs it more than they do.
Reply

Jan Chipchase draws attention to how important it is for designers to understand not only the local mindset but how it is from a global perspective, she calls it the ‘rapid cultural calibration’. As an exchange student in Singapore, I agree that it is important to be part of the action to understand the city and its people. I have Read more →

RESPONSE: Chapter 1 of The Design of Everyday Things by Donald Norm

The Psychopathology of Everyday Things

The reading was interesting where Donald touch on the simple things and elaborate on the process of how we interact with it through discoverability and understanding. Taking one example of the ADM glass door that located beside the office on level one, it is one of the Norman doors. I was nodding internally while reading the Read more →

Chipchase shared the importance of understanding the background of one’s target audience. Often, we neglect the basis and intent of designing. Products are usually designed for people yet some designers fail to incorporate thoughtfulness to their work. A good design naturally arises from observations and research of the target group. Customising a design that is convenient and suits the need Read more →

khakang
Aug 28, 2017 - 12:28:58 pm
Pearlyn I'm interested to learn more about the observations of cultural difference in dining between Japan and Korea.  How about Singapore? In a survey and analysis phase of development, you should have first an understanding of how general your audience would be and then develop a database of interviews/surveys that reflects a microcosm of that audience.  It's called sampling.  Depending on your findings, they can help guide the direction of your project.  There is no perfect solution but the more you can find out from your potential audience, the more nuanced your design will be in responding to their needs or opinions.
Reply

I like the way Jan Chipchase studies people behaviour, from different cultures all over the world by observing their daily activities, especially the morning commute.  I agree that societal behaviour is best observed in the morning, as people usually follow certain daily habits. In Singapore, I observe people usually wake up early in the morning, board the MRT Read more →

khakang
Aug 28, 2017 - 12:21:29 pm
I like your observation on the differences between the McDonald's menus in the region Dhea.  It's also worth noting that though there are interesting cultural differences, there are some things that stay consistent throughout...the taste of french fries for example.  It is not an accident that the franchise carefully "designs" the user experience of dining at McDonalds in different cultural contexts and a tremendous amount of research, observation and market testing goes into getting this right.
Reply

Response to "Calibrating your Cultural Compass"

Of all the methods of rapid cultural calibration that is mentioned, what I found the most interesting was the idea of observing people in their morning routines and in their transportation modes. Having lived in Ohio, New York, and now Singapore, how people travel to work and how they prepare for their day is very different. In Ohio, a Read more →

khakang
Aug 28, 2017 - 12:17:16 pm
Good observations Viet. Looking forward to seeing what your observations of the Singapore MRT system will be when we do our field trip analysis today.
Reply