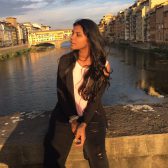 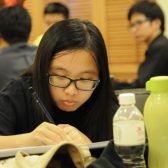 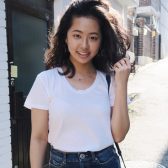 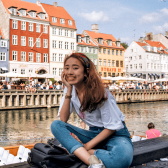 https://oss.adm.ntu.edu.sg/qchua007
of butterflies and hurricanes 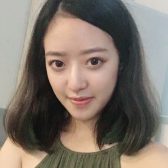 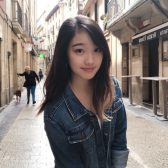 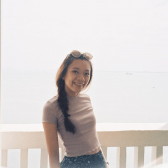 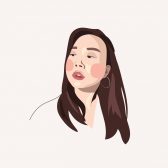 https://oss.adm.ntu.edu.sg/jfoo018
Stay humble and be kind 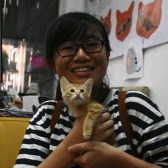 https://oss.adm.ntu.edu.sg/fnio001
The only risk is not taking one! 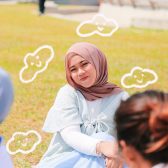 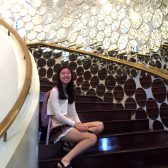 https://oss.adm.ntu.edu.sg/equek009
Hello you have come to the hermit crab’s page, please leave a message. Boop. 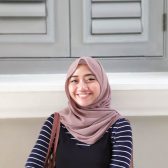 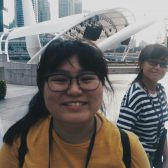 https://oss.adm.ntu.edu.sg/jsim027
A little tired most of the time. It's fine. 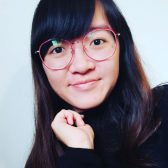 https://oss.adm.ntu.edu.sg/ytan147
Moving is hard but stagnation is harder! 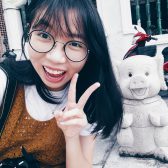 To help with your research and preparation for the upcoming Art of the Networked Practice Online Symposium, please review the the Website, which includes program and scheduling details and participant biographies:

The Website also includes Blog features about the keynotes, performances, and online discussion. Please take a look at these as Read more →

Marc Garrett, co-director of the London-based Furtherfield gallery for arts, technology and social change, will discuss his work in the art of the social practice and the concept of DIWO: Do it with Others. His one hour talk will take place on Thursday, February 15th, 5pm-6pm, and will be broadcast live over Adobe Connect Webconferencing. The event is Read more →

Art After Dark at Gillman Barracks

If you are looking for something to do Friday night, January 26th, drop by the arts complex at Gillman Barracks between 7pm and 11pm for Art After Dark. This is from their Website:

Look forward to an evening of stimulating contemporary art, live music, and F&B pop-ups with the showcase of new exhibitions and exciting programmes as galleries, Read more →

Greetings everyone and welcome to Experimental Interaction (DN1010). Next Thursday we will meet in room Art-223 for our first class and I want to remind you all to BRING YOUR LAPTOPS, as we will be working in OSS and getting set up in various social media sites.

Maria then began highlighting key art movement the Fluxes during 1960 to the 1970s. Some of the key work she highlighted was Hole in Read more →

Randall Packer
Apr 05, 2018 - 02:51:10 pm
Rei, good description in particular of Kidnap. You brought up important ethical points about control, capture, and the way we are willing to participate in these kinds of situations. How do you think a piece like Kidnap relates to our use of social media? Perhaps all of us who participate in Facebook and other platforms are also giving up a degree of control of our data, our identities, our virtual relations. This is something to consider in your analysis. A comment about structuring an essay. It is important to begin with an introduction that states the main ideas you are about to discuss, one of which of course is the idea of an online symposium, but another would be more specifically the concept of social broadcasting. You do bring up the third space a little later in your essay, but perhaps it might be good to introduce that idea earlier so that your examples can reference the concept. Same with the conclusion. You want to resolve any ideas you raise, and bring them to closure by summing up the main points. These are essential elements of essay construction and hopefully you can think about how to provide more structure. Otherwise your descriptions and research are well done, and you demonstrated that you were highly observant during the course of the Symposium.
Reply

Randall Packer
Apr 05, 2018 - 10:28:39 am
Elizabeth, you have raised so many fascinating and important ideas in your Hyperessay about the Symposium. In the opening section you discussed how despite there were technical difficulties, they were more or less accepted as part of the nature of communications technology. Yes, you can certainly refer to this as glitch, as well as a recognition of our modern day experience in the third space and on the Internet. Then of course, Annie Abrahams made an entire work out of these "entanglements" as a negotiation of performers communicating together from far away distant places. I particularly liked your discussion of Uncle Roy All Around You, where, the audience is put into the position of having to navigate and solve a possible that is highly impacted by communications and the concept of social broadcasting. My main comment is that the essay could have addressed social broadcasting as the main theme of the symposium. How did both Annie Abrahams and Matt Adams stretch the possibilities of the communications experience to create a more social experience, a more DIWO experience. Overall, you captured many excellent ideas and observations.
Reply

The Profound Art of Networked Practice

Networked practice is indisputably one of the most revolutionary media in art to date. The engagement of social media has assimilated into the daily, who is to say how far it has burgeoned as a lifestyle, let alone an artistic media. What seems important to me is that we understand the blurred lines between the art, the philosophy, the Read more →

Randall Packer
Apr 05, 2018 - 10:59:21 am
Shu, this was a very highly developed discourse on the Symposium. Whereas there were a few comments that could use some refinement, I thought you made an excellent effort to address many important ideas and concepts that were addressed. I was particularly impressed by your critique of Blast Theory's Kidnap as a commentary on control. Here is one of your statements that I thought was very powerful:

My favourite part of Kidnap is probably its ability to transfer the creative courage and power from the artist to the performer to the audience. It is this salience that creates an unstageable act of artistic research, a candid experience not just for those who participate in it, but also for those who watch it.

This transfer of power was precisely what Steve Dixon had discussed in his essay on cybernetics and existentialism, which I wrote about in one of my blog posts. Putting the viewer into the position of captivity forces them to question the very nature of existence, freedom, aloneness, etc. What would have been very interesting is to tie this transfer of power to the overall objective of the Symposium. As you could see, the audience was very active in the chat space, where they were free to comment and express their opinion at any point in time. This is essentially the idea of social broadcasting, transferring power from the hierarchical nature of traditional broadcasting (the monologue) to the collaborative, social forms that flatten the hierarchy and turn control over to the viewer. I wanted to mention that because tying your excellent commentary to the broader themes of the symposium would have been a nice addition to your essay. One thing I want to point out is the design work you did with your illustrations. Very nice!
Reply

Art of the Networked Practice

Communication is a vital aspect of current society, especially with the Read more →

Randall Packer
Apr 05, 2018 - 11:41:19 am
Excellent Felicia! This was a well constructed essay, and you touched on so many important points and made several very astute observations. I would like to point one out here:

The notion of leeches, the internet and the online users draws inexplicable connection as they subsist on one another. Also, one additional reference drawn could be: is there a possibility of wordplay when they make use of leeches as part of the performance? Could it altogether be a true reflection of the impact of technology and social media? The conception that we are over-reliant on mechanization as it leeches our time away on mindless scrolling.

I had not thought about the relationship between the leeches and our parasitic relationship to the Internet, but I think this was an incredible point, even if it wasn't the intention of the artist. We are reliant on communications, each and every day, and this reliance creates a dependency that can in fact cause "bleeding," at least in a metaphorical sense. Perhaps this may have been an opportunity to offset this observation with the concept of social broadcasting, which in effect, when used for critical and artistic purposes sheds light on our Internet condition. I thought your analysis of Annie Abrahams' work beautifully described how the artist might attempt to resolve this condition: by creating a space where the entanglements can become an aesthetic experience, a thing of beauty. This perhaps describes the unique differences between the two performances: igaies was, as described by the performers, a dystopic view of the Internet condition, whereas Abrahams was a more utopic rendering, at least in my opinion, in that she attempted to create a harmonious space despite the technological and geographical separation. This is a very fine essay indeed!
Reply

In this hyperessay, I will be highlighting the segments of the symposium that stood out the most to me, namely Annie Abraham’s performance ‘Online Ensemble – Entanglement Training’ and two of Blast Theory’s works, ‘Kidnapped’ and ‘My One Demand’. All the works that will be mentioned have one thing in common – they encompassed the concept of DIWO Read more →

Randall Packer
Apr 05, 2018 - 02:21:25 pm
Francesca, excellent paper and very well written and articulated. I thought your descriptions of Entanglements, Kidnap, and My One Demand were very detailed and revealing. Perhaps to tie these description into the overall theme of social broadcasting would have been helpful, but otherwise I thought you were very thoughtful and attentive to the works, which were not particularly easy to decipher. I am really glad to see you point out the interactive nature of the film in My One Demand, and the role of the audience. It was not unlike how the chat functioned during the Symposium, in which the performers also had access to the unfolding online discussion, whether they reacted or not. I'm sure in the case of Entanglements it did in fact have an impact and could very well have altered the nature of the performance in real-time. A very thoughtful essay.
Reply

So we were asked to make a video for our alter ego. Mine is kind of a wizard of some sort, the detail are ‘hush hush’ so we are not allowed to talk about it. So this video is about my alter ego travelling home every few minutes because it is that easy to do what ever it is Read more →

Video Selfie:  Using your iPhone or computer with photo booth (or similar Webcam video software), create a one minute video of yourself that constructs your selfie as an “artistic alter ego:” the artist or designer you want/choose/aspire to be!

To go about doing this, I had to understand what an alter ego was.

“Your alter ego is the Read more →

For my video selfie, I chose to record my self taking off my “disguise” and showing my real self. This is because when I was asked to make a video that would capture my “artistic alter-ego”, I thought what kind of artist do I want to be. The answer was simple, an artist who was confident, brave, and strong. But Read more →

This video plays around the idea of the inner child in me. People use to get excited over chocolates and all things happy, but now, as an adult, they tend to find joy in drinking and such. The joy they experience is reminiscent of the happiness they received over small things, as a child.

This video shows the process of me writing all sorts of qualities I wish I possess in the eyes of others on a mask, to eventually wearing the mask and framing the camera at an angle as if taking a selfie. The action of wearing the mask shows how my alter ego may not be completely representational of who I Read more →