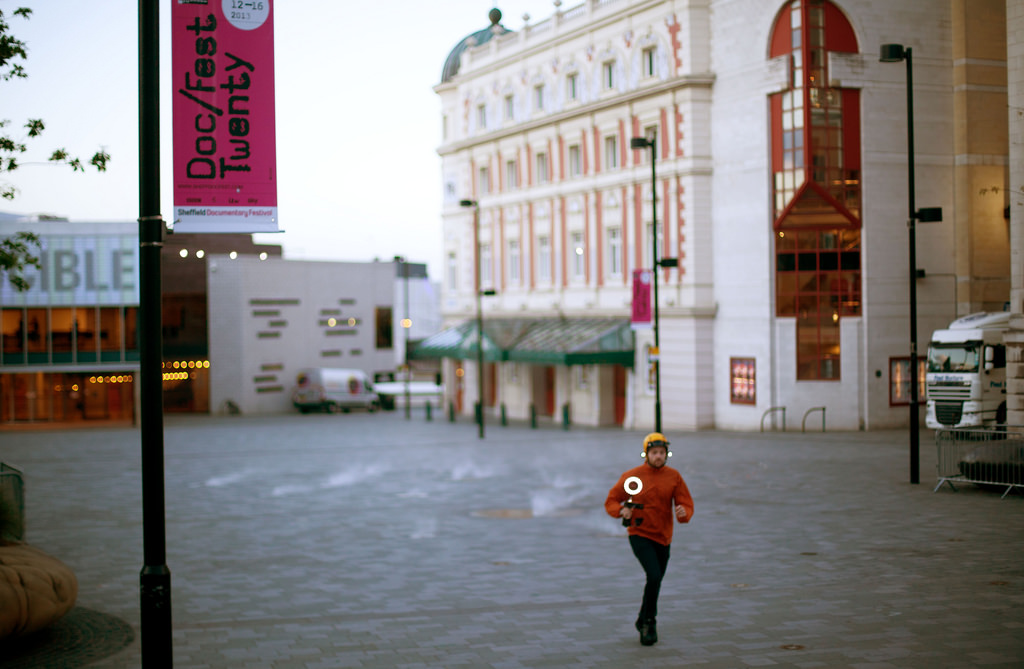 On Location Performance is our class final project inspired by the work of Blast Theory, the UK-based performance group that creates interactive performances that engage the public in site-specific locations.

With Singapore as our stage, the public as participatory viewers, our mobile video devices in hand, student groups will create performance works that blur the boundary between art and life, between reality and fiction, between artist and audience.

In our On Location Performance project, groups will each devise a narrative that plays off of real interactions with each other, Singapore, public, and media. Each group will design a project through the process of conceptualization, execution, discovery, and exploration. The narrative is to be partly scripted, with a clear structure in mind, but within that structure there will be ample room for surprise, accidents, glitches, errors, mistakes, encounters, laughter, conversation, and other elements that cannot be pre-determined.

Groups will devise a narrative work in which a situation will unfold according to the initial narrative structure, with room for the storyline to be stretched beyond what is imaginable and conceivable. You may feel this is an open structure that might be challenging, but once you develop the core idea, the narrative will take on a life of its own.

Incorporate the tools, methodologies, and technologies we have learned this semester: Facebook Live social broadcasting and two-way co-broadcasting, Adobe Connect Webconferencing (you can use the Connect app), Flickr group page for aggregating photographs, Facebook group page for sharing and super-participating; glitch and collective construction of images (and video); memes, avatars, and identity play, etc.

Here are some ideas to consider in the development of your concept:

Along with the trailer, each student will write a 500 word project statement, a personal description of the Final Project, including the following elements: