Tele-Stroll: a walk, talk and sharing of two spaces in two disparate locations

This project is intended as an exercise in strong social broadcasting coordination, or what we can call “co-broadcasting,” in which two broadcasters occupy both halves of a split screen in Facebook Live. In Tele-Stroll, pairs of artist-broadcasters will work with synchronized coordination to initiate collective actions and deep social interplay in the virtual commons of the communications sphere in two distinct locations.

Telematic Stroll is a co-broadcasting project that allows for simultaneously walking broadcasters to explore and break down the separation between two locations while strolling within a shared third space. Here co-participants encounter, negotiate, invent and compose new spatial, temporal, and cultural juxtapositions, differences and similarities.

Pairs of students will unite their mobile broadcasts using FaceBook Live. As part of the experimentation, students can explore such things as: movement, space, person to person interactions, conversation/dialogue, engagements with other people along the way, or coordinate and investigate camera positions and the subject matter of what you are shooting.

This form of social broadcasting, “co-broadcasting” or “co-casting,” can lend itself also to synchronized simultaneities of camera motion, spoken text, subject matter and movement.

Here is an example of a Tele-Stroll performance from a previous class that was created by four students, using a technique that allowed them to perform highly coordinated actions.

We will first split each group into two pairs. Over the next week, before performing the piece the following week, each pair of students will do the following:

Broadcast on the OSS NTU Facebook Group Page. Perform the work anytime during the next week, day or night. When you are finished, embed a split-screen version of the video by grabbing the URL by control clicking on the video: 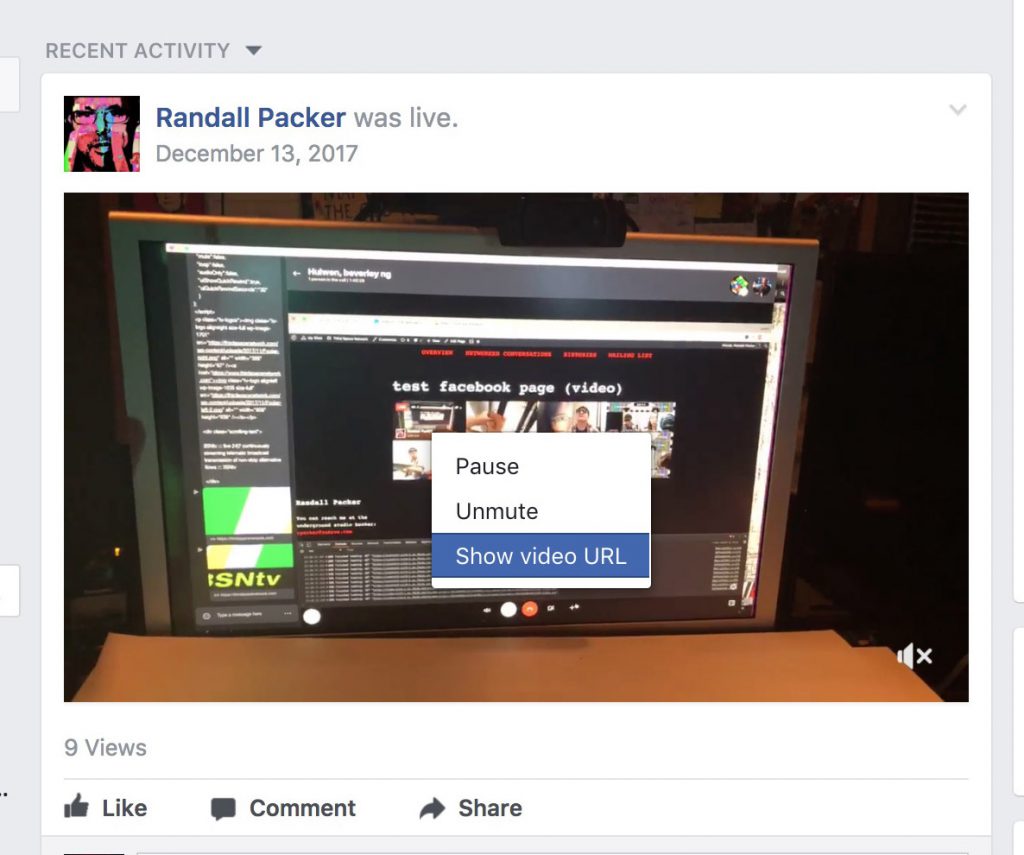 Incorporate the video into your OSS post and write a description of the work, where it was performed, its objectives and outcome, and your overall experience of the work. Use “Micro-Project” as the Project Category for your OSS post.