“Cites are about connecting people, ideas and resources. Today, network culture enhances the urban vocation of connectedness towards complex spatialities that transgress the notions of online and offline, as well as geographical and national boarders.  What is the impact of network culture on public sphere and the opportunities for intervening in these urban processes through artist, creative and collaborative practices. Urban media art is one of the most significant trends currently unfolding in contemporary art. It enables artists to develop new participative and interactive forms of art.”
by Susa Pop “What Urban Media Art Can Do” (Connecting Cites Network)

Only by understanding limitations and advantages of Media Art Nexus as an art platform we can make it better and introduce where arts and experience of it can go. Media Art Nexus is imagined as continuous work in progress and inspiration for new challenges. MAN will never be completed or perfectly finished project. It will remain as constantly improving platform through collective participatory engagement.

The Flow of Violence

The Ethereal Spirit of a Beauty

GIVE ME BACK MY BABY 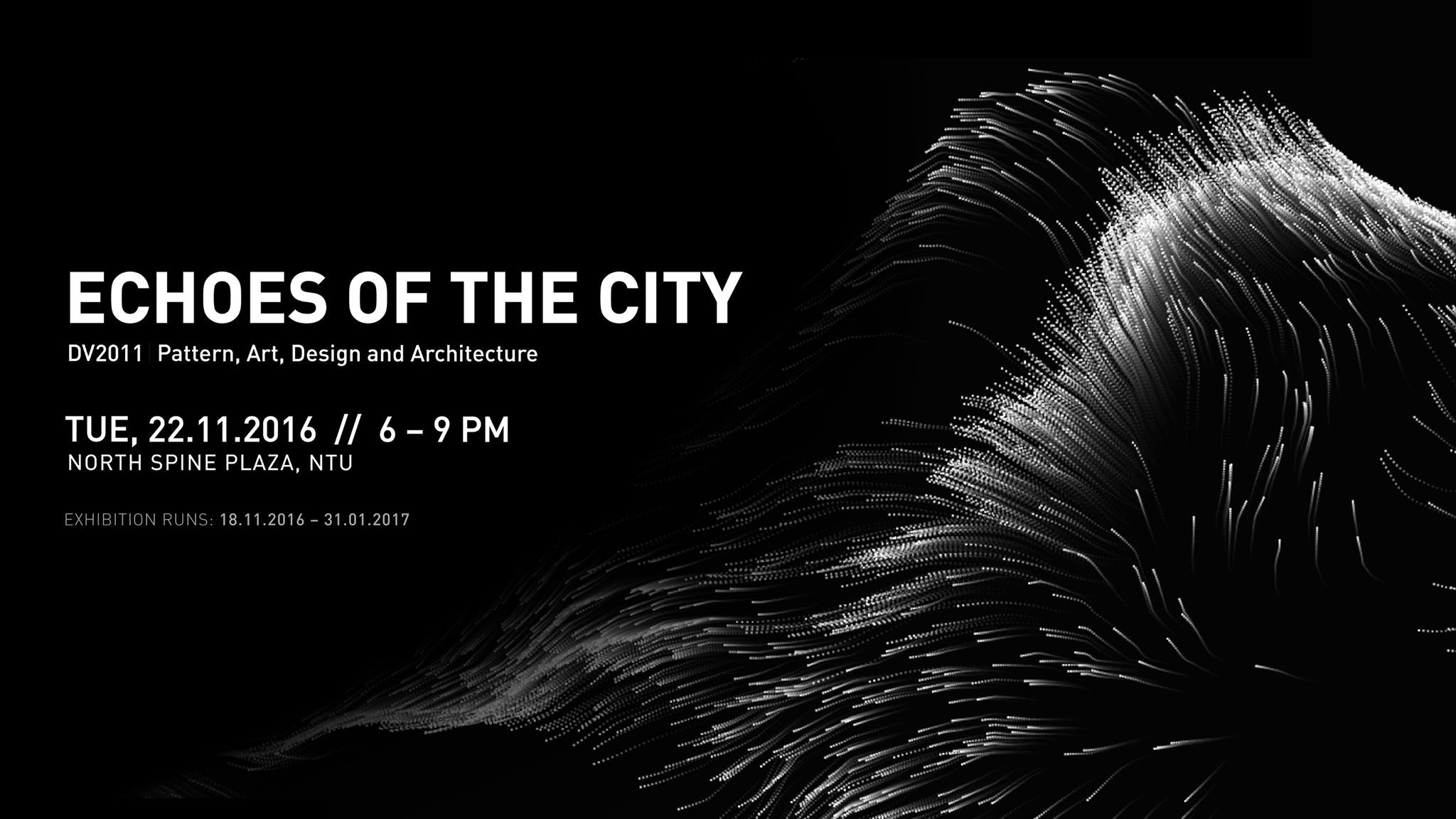 Singapore is one of the few cities in the world that is constantly gathering data about itself, At any given instance, terabytes of information about the city are measured, studied and analysed. Most of this data is archived by government, but a significant portion is openly available to anyone with an internet connection. Macrocosmic Flux uses the Singapore’ s Land Transport Authority’s Data API to obtain live public transit data to map the current pressure on the network’s buses and train lines. The combined passenger load of the system is represented by flowing particles that change in numbers and velocity to paint a real-time picture of Singaporeans moving through island; the macrocosmic state of its citizens constantly in flux.

Migration: The Process (or How I Learned Processing) 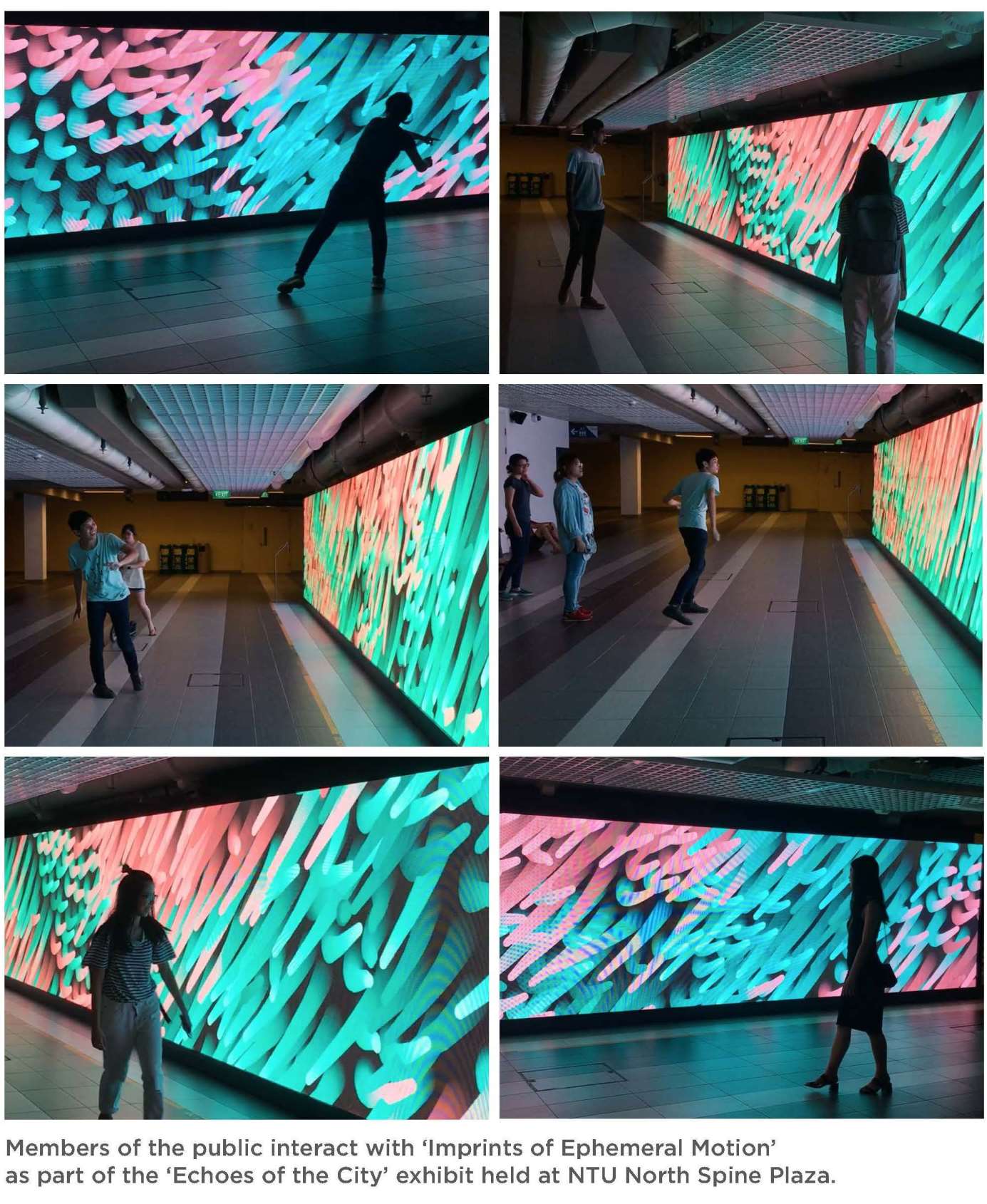 Echoes of the City (The official)

The Day Has Come!

Some prototype banners with final resolution 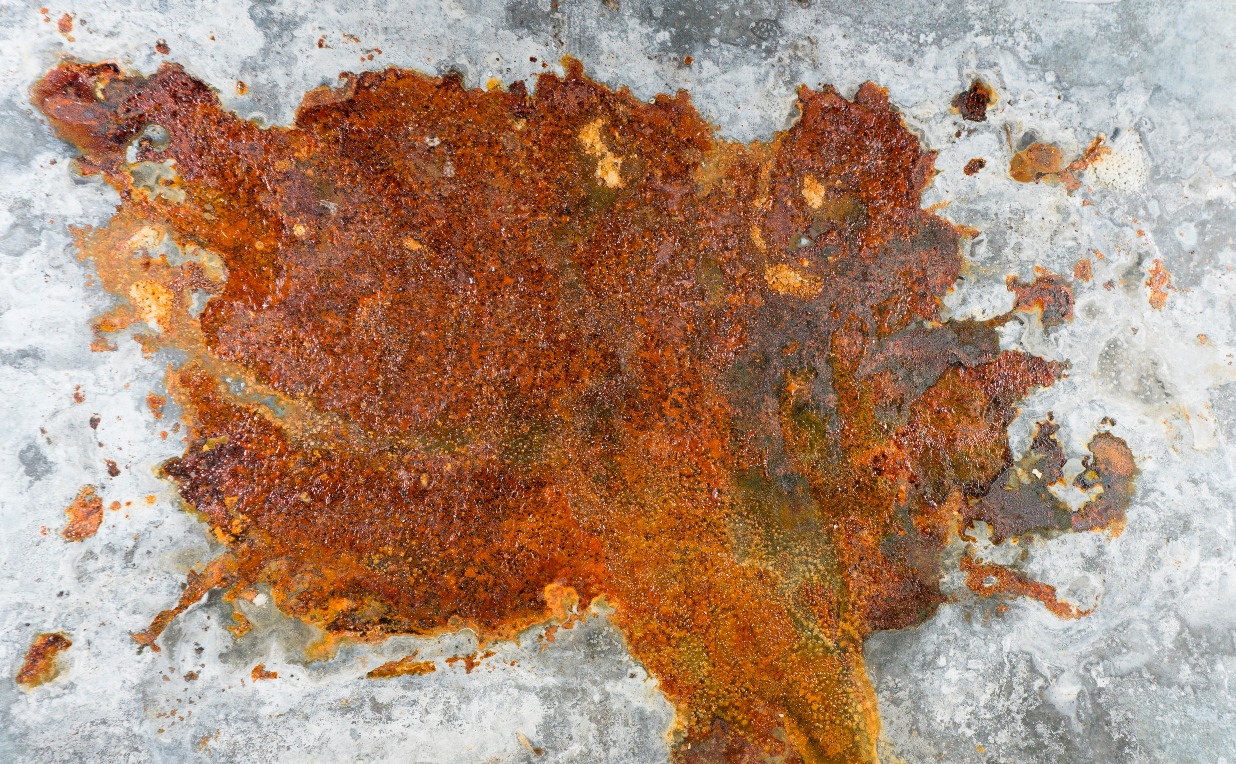 Documentation of rusting was captured in High Resolution and in parts. The details were combined into one continuous composition, Much Like Rust by Woong Soak Teng

Feel of Light by Jeth Heng

The work were featuring experimental film that documented light change in space.

What is a LED?

What is a Surface Mount Device LED?

Total light emitted isn’t concentrated in a focused area since SMD LEDs do not have directional reflector cups. Instead light disperses evenly across both horizontal and vertical angles, providing wider viewing angles. This makes SMD LEDs an excellent choice for most indoor applications as well as some tighter pitch outdoor applications. 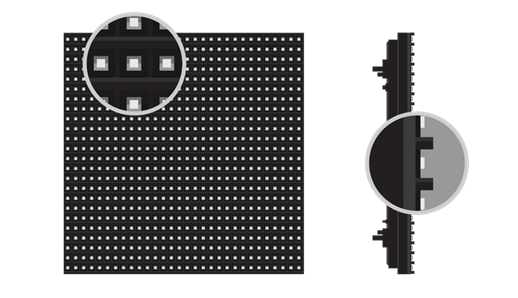 What is a module?

LED modules are made up of parts that form the building blocks of video displays, message centers and dynamic message signs. Rows of modules line together to arrange the LEDs in different variations depending on their product, market and purpose. 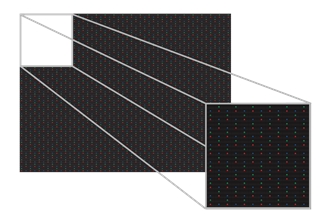 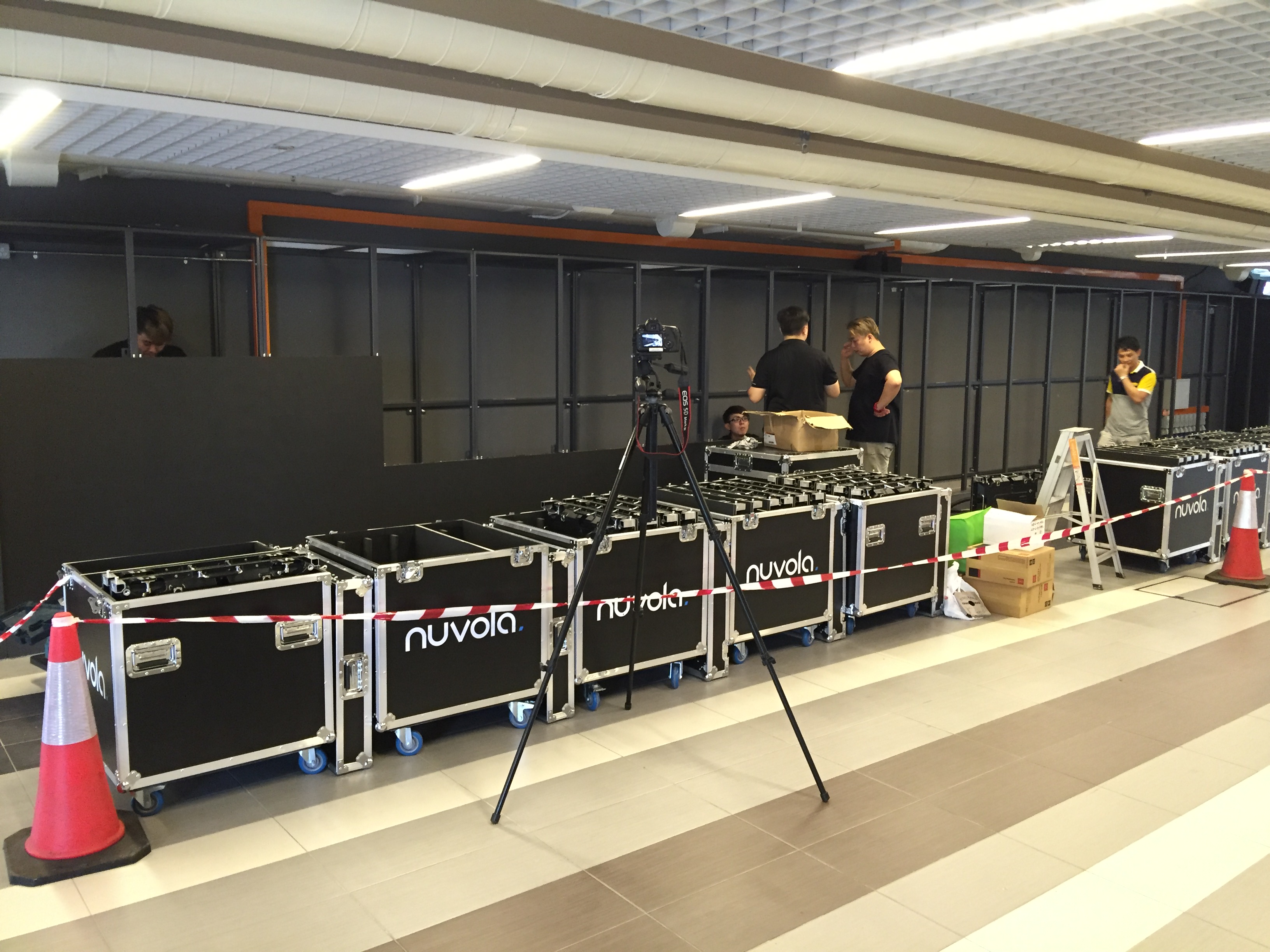 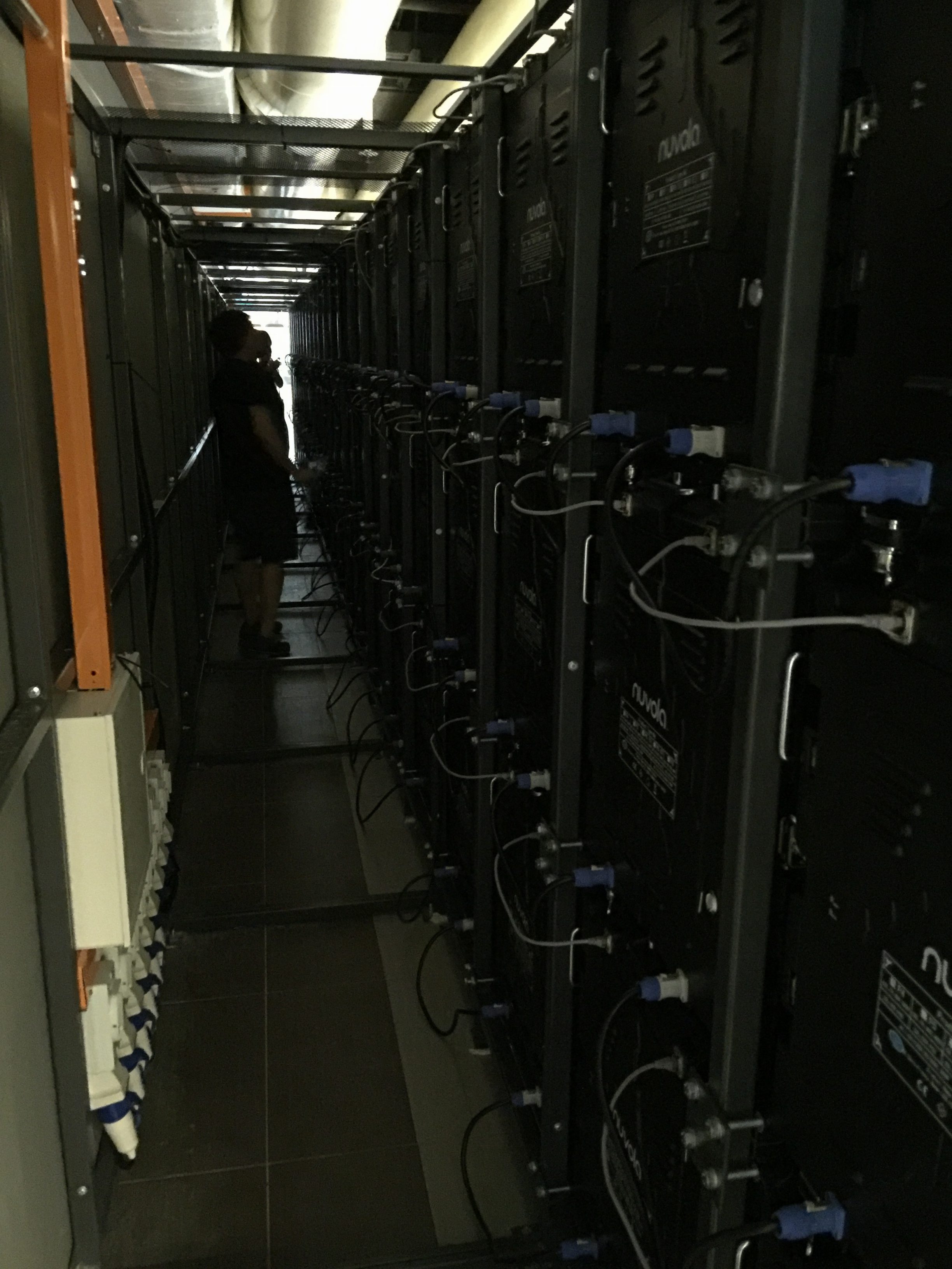 LED Housing is allowing enough space for the easy monitoring

is the distance from the center of an LED cluster (or pixel) to the center of the next LED cluster/pixel measured in millimeters. Pixel pitch typically ranges from 4mm up to 20mm for indoor LED displays; for outdoor displays, pixel pitch can range from 10mm to 34mm or higher. Pixel pitch directly correlates your display resolution and optimal viewing distance. The smaller the pixel pitch number, the more pixels used to make up the image on your display, thus improving the resolution and optimal viewing distance. The lower the pixel pitch, the closer a viewer can stand to your display and still have a great resolution. Having a smaller pixel pitch does help picture, but at a cost. By having a smaller pixel pitch, one increases the number of LED clusters for a display. A NanoLumens 114″ display with a 4mm pixel pitch uses 247,760 pixels, where as a 6mm LED display of the same size uses 96,000. The more LED clusters in your display, the higher expense.

What is a resolution?

What are viewing distances?