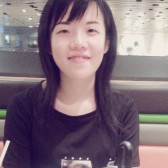 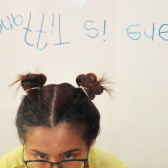 Rene
https://oss.adm.ntu.edu.sg/rene0004
Hi, I am Rene, currently studying in NTU ADM( Art Design Media). I am majoring in Product Design. I love sports. 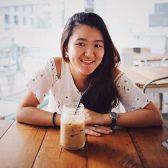 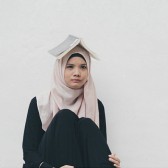 Putri Dina
https://oss.adm.ntu.edu.sg/putridin001
Believes in creating works that someone can not only see or touch but be part of, to be within them.

Eureka!
https://oss.adm.ntu.edu.sg/mong017
Born in the 90s who is an aspiring product designer and entrepreneur.

Sang Musang
https://oss.adm.ntu.edu.sg/iskandar002
Iskandar wants to be a master of all trades (that he is passionate about) and a jester of none.

Lau Eng Seng 劉永成
https://oss.adm.ntu.edu.sg/elau002
Works are a prominent feature of the output, setting visuals often concerned with love, death and the language of art.

/kaywerlyn
https://oss.adm.ntu.edu.sg/a150087
A product design year 3 student from the School of Art, Design and Media, NTU. 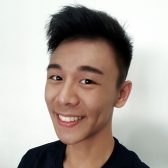 Donn Tan
https://oss.adm.ntu.edu.sg/dtan046
Pew pew pew, I shoot people and frame them up. 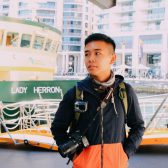 fleong005
https://oss.adm.ntu.edu.sg/fleong005
So done with Life sometimes but it's going to be okay~ 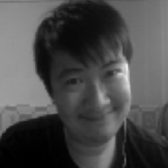 through the looking glass….

Project 1a) Curating Self

This first series is about 3 different aspects of myself, portrayed using the theme of fire.

To me, fire is a very chaotic and powerful element, it represents intensity and focus, which i have used in my work to symbolise my strong focus and concentration.

The concept i have used is similar to Read more →

After reading through the poem, the idea of representing two different kinds of destruction came to me. What I decided to do then, was depict the journey of two individuals, braving through and both being the survivor of their own type of apocalyptic world, coming together in a culmination of fire and ice, and yet with the distinction between Read more →

For the project, I thought it was important that who I wanted to represent in these photos is truthful to myself as a person. Hence, I decided to embark on this project with that in mind: finding images that were true to me.

For the first part of the project, I wanted Read more →

Project 1b: Fire and ice

This set of photos visually depicts the poem which conveys the idea that both fire and ice can destroy the world. The first picture shows the noxious gas emitted into the sky by industries pollutes natural environment. The red tone symbolizes the fire of human’s endless desire on economic growth in ignorance of environmental protection. Natural disasters and Read more →

For project 1B, I am to interpret the poem “Fire and Ice” by Read more →

First set of photos depicts me wandering from Changi airport, passing by Marina Bay and finally reaching NTU. It symbolizes me, as a scholar from China, drifting around Singapore, chasing after my dream despite the feelings of loneliness and vagrancy. The final shot which is me gazing at the NTU badge signifies I believe NTU can give me Read more →

There is a reason of why I chose this picture for my submission. According to my research on the description of the poem, the poem is talking about the end of the world. So, I try to find a photo of a crashing city. After that, I edit it with Photoshop to vanish the center part of the image, showing Read more →

Randall Packer
Sep 10, 2015 - 03:23:05 pm
Hi Min, Nice post! Glad you are finding OSS useful. Note of advice, when you use links, use the hyperlinks tool to embed the link by selecting the text to be linked and clicking on the "chain link" button in the toolbar. Best of luck!! Randall
Reply

Project 1b - Text and Image

Some say the world will end in fire, Some say in ice. From what I’ve tasted of desire I hold with those who favor fire. But if it had to perish twice, I think I know enough of hate To say that for destruction ice Is also great And would suffice. – Robert Frost In an apocalyptic world which Frost imagines, Fire and Ice are personified as a woman, Read more →
Categories: Research
Tags: fire ice poetry desire hate slumber apocalypse burn freeze
0 comments.
Reply

I chose the first set photos for my submission because I would like to show myself by exposing the hidden part of me such as my top of head and the bottom of my feet. For the third picture, it is the representation of everyone’s inner world which is full of mysterious. Second, task 2 is me with my digital Read more →

Project 1a - Curating Self

Me: “The Mask of Conformity”

Conformity is the religion of the new age, and identity is the price. The ceaseless selfies, Starbucks sipping and pretentious #ootd (Outfit of the Day) posts on Instagram has reduced us to blind followers of the mainstream. What was once hip and cool Read more →