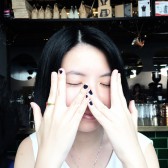 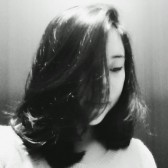 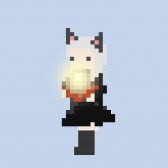 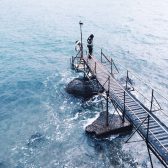 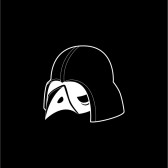 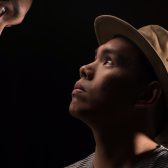 your FYP abstracts will be due for first-semester review. The deadline to submit your abstracts is by 26 Oct 2016 (6pm) Wednesday.

Here are some examples of Abstracts from last year

fyp_abstract-summary_example I would need your first DRAFT by this Friday.  Keep it short. I am attaching some examples from the last sem.  You need to include What (Problem, question or subject/art Read more →

In regards to Friday 14th of October

Points for Vis Com First-semester's review is on 4/11 and 11/11 respectively.

Two sessions (morning & afternoon) per Friday with a lunch break in between. Format: 10 mins presentation, 10 mins feedback. All faculty and all students are required to be present for the presentations. We’d have approximately 20-24 students each Friday

Your  VIS COM presentation must include clear answer on the following:

please let me know if the listed timings are ok for you for this Friday, 23rd September.

Next week is a recess week and there will be no meeting.

We would resume on 7th of October to meet again individually.

Dear all – abstract is short info about your project. This will be revised as your progress. By Week 6, September 16th, prepare draft for your Project Proposal

Propose a project: What are the reason(s) or aims for doing project? Design/ Methodology/Approach How are the objectives achieved? Include the main method(s) used for the project. What is the approach to the topic and Read more →
Categories: Announcements
0 comments.
Reply

Dear All, there are no words to express how much I have enjoyed seeing your progress on FYP.

Now to spoil your weekend :

if you go to Syllabus ..there will be link to Literature review example.

The Literature review is sorted by the key-words/concepts

you built your literature reference around the key terms, ideas concepts and not Read more →

Thank you for your presentations last Friday!

We have now officially 8 students in the group.

Gentle reminder: regardless the area or school please sign up for FYP Research Session with Library for this coming Friday 19th of August

Hope you have productive summer. We will be meeting every Friday from 9:00am- noon starting Friday,  August 12th. Location for our meetings will be in B1-13, the small lecture room across the lifts in the basement.

We will meet as a class in the morning and if anyone needs extra time in the afternoon on the same day. Please note due to Read more →

This is the main idea I’m looking to work on and expand with. The medium I’m currently toying around is either an interactive panel or a zine with a short film. I’ll update with more visuals / writings / sketches once I’m back from overseas in late June.

Gist of the Idea:

The perception of the human mind and sight to Read more →

Colours play a significant role in our daily lives as it affects us psychologically, scientifically and in many other aspects. Psychology is an applied science that studies the mind and behaviour. Together with the exploration of the concept of perception, emotion and Read more →

Ina Conradi Chavez
May 29, 2016 - 09:45:42 am
You mind map is impressive! as well as your presentation of 3 ideas But Sorry I am struggling with understanding  ideas elaborate on first 2 ideas and please no jargon for example #2 This FYP seeks to discover the sceptical relationship between astrology, self-fulfilled prophecy and colours astrology? and color? not sure of conncetion The possible outcome for this idea would be to create a brand in a medical approach.???? medical? brand? elaborate "This FYP intends to interpret human mental impressions of nature through the effects of foods’ colour."  what is human mental impression?    give me some VISUAL Cues. anything like this done somewhere else any case studies Mood boards? I am having struggle understanding the last idea is nice- and seems easiest from the visual side

Colours play a significant role in our daily lives as it affects us psychologically, scientifically and in many other aspects. Psychology is an applied science that studies the mind and behaviour. Together with the exploration of the concept of perception, emotion and other areas, it aims to understand the human activity. This FYP intends to interpret individuals’ perception of nature through food and its colour. Foods’ colour has been studied and experimented by several scientists and researchers as they try to understand how colours affect human’s flavour and taste perceptions. This has enabled brands to understand consumers and market their food products according. Food is part of nature and it revolves around human daily activity as one of basic essentials. By exploring and understanding this, it enables people to realise the power of the understated role of colour in food as well as the subconscious process of human behavior in daily lives.

The possible outcome for this idea would probably be an installation of food display in an interesting way together with a booklet to explain the idea. An example that encompasses this kind of idea would be an advertisement for Dentist Paris Loft (a teeth-whitening service) that cleverly removes yellow colour from objects. Heinz print ads is also another example that portrays what food is like without ketchup.

Mankind has always attached colours with certain perception and emotions. The psychological effect helped us to understand and relate better with colours under various area of studies such as colorstrology (a combination of colour and astrology that suggests suitable colours to individuals based on their birth charts). Similarly, horoscope suggests as well as predicts happenings for the day or year. Both produce the effect of self-fulfilling prophecy on individuals as they read and make decisions with their subconscious mind based on what they’ve read. This FYP seeks to discover the influence of astrology on self fulfilling prophecy. As an individual, I read horoscope out of curiosity and for the fun of it. It provides some sense of hope, positivity and entertainment in life. Through this, it aims to understand individual behaviour towards the self fulfilment in astrology.

The possible outcome for this idea would be to create a make believe brand that sells water as a remedy towards the self fulfilling prophecy. An example would be Mr. Hyde Water Tonic by Eduardo del Fraile. Hi there! Currently I’m exploring the many themes that I could possibly be involved with then expand upon a topic i might be interested in. Below is a very rough list of what I’ve thought through the first month. I’ll continue to polish them and finalise it into three proposals.

Ina Conradi Chavez
May 29, 2016 - 09:30:32 am
OK - happy to see you are brainstorming. my favorite is the #1 as involves the concept of: 1- participatory urbanism 2- urbanism 3. concept of connecting locations 4. new kind of city map- connected not by significance of landmark but by you identifying stories of found objects 5. reinventing city 6. Concept of heterogeneous city, Singapore Renesance City 7. Center for Contemporary Art NTU is working on the theme of city state 8. Exhibition Sea state by Charles Lim is so important http://ntu.ccasingapore.org/exhibitions/charles-lim-sea-state/ ART SCIENCE Big Bang Data Exhibition http://www.marinabaysands.com/museum/big-bang-data.html We have to be current! You want to have job when you graduate you are designer and artist. you need to make your project both personal but also relevant- impactful These are research questions What? Why? (Significance) Who? and How? Who Cares? Come up with Mind Map Identify Keywords and areas of research through your mind map go through a book on 100 research metrologies ( posted on FB) start working on a Mood board- or VISUAL cues that you associate with your project theme and ideas start madly looking for literature
Reply

The project aims to propose an alternative way of looking at the way our bodies work, reversing the way bodily reactions to viruses or certain illnesses maybe referred to as deformations instead of adaptations. The project will also explore the abjection of bodily fluids, looking to turn their compositions into patterns.