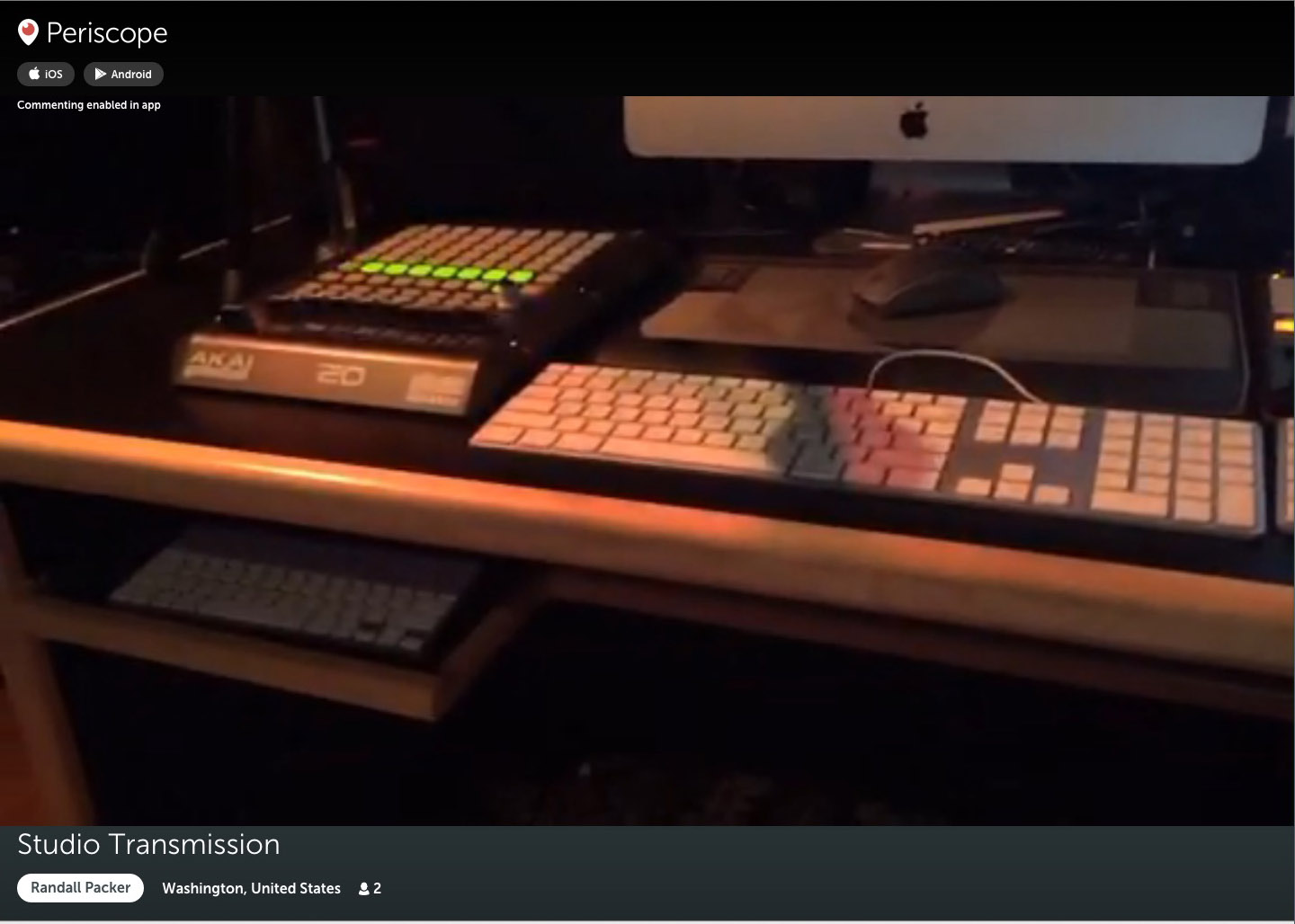 This micro-project will be preparation for the final project, to explore the potential of live broadcasting as a social, collective medium. We will use the Twitter app, Periscope.tv, to conduct live broadcasts via our mobile devices to one another, and to a global audience. Periscope.tv extends across the globe, integrating live Internet broadcasting with a social media audience. Essentially, Periscope.tv allows you to broadcast a live video from your phone, in which your broadcast is situated on a map or on your own Periscope.tv page. Online viewers can go to your location, find your broadcast and watch it in real time, all while commenting in a chat window. Students investigage the creative possibilities of live broadcasting as a surrogate view of where you are and what you are doing. Here are some simple instructions: The Periscope.tv broadcast interface with commenting: When you have completed your broadcast, upload one or more of your screenshots (hold button on top and in front of phone simultaneously until the screen flashes) with comments and write about your experience of live broadcasting to the global village! Discuss anyone who commented, and how the broadcast reflects on our discussion of live streaming and the transformation of television.