Due Next Week: February 18

Research the following works by visiting next week’s syllabus page, Glitch and the Art of Imperfect Media. Under “Works for Review”  in the Lecture Notes, study the artworks and be sure and follow links to the artist site and any other documentation of the work. Incorporate the reading into your research critique, quoting at least one passage that is relevant to your critique.

Choose a jpeg image and use Text Edit to glitch it and Preview to see the results, which can you post as your Micro-Project assignment. Be sure and use the category “micro-project.”

For full details about the project: Paul Sermon’s Telematic Dreaming was originally produced as a commission for the annual summer exhibition curated by the Finnish Ministry of Culture in Kajaani, with support from Telecom Finland, in June 1992.

Artist Statement: Telematic Dreaming is an installation that was created within the ISDN digital telephone network. Two separate interfaces are located in separate locations, these interfaces in themselves are dynamic installations that function as customized video-conferencing systems. A double bed is located within both locations, one in a blacked out space and the other in an illuminated space. The bed in the light location has a camera situated directly above it, sending a live video image of the bed, and a person (“A”) lying on it, to a video projector located above the other bed in the blacked out location. The live video image is projected down on to the bed with another person (“B”) on it. A second camera, next to the video projector, sends a live video image of the projection of person “A” with person “B” back to a series of monitors that surround the bed and person “A” in the illuminated location. The telepresent image functions like a mirror that reflects one person within another persons reflection.

“Telematic Dreaming” deliberately plays with the ambiguous connotations of a bed as a telepresent projection surface. The psychological complexity of the object dissolves the geographical distance and technology involved in the complete ISDN installation. The ability to exist outside of the users own space and time is created by an alarmingly real sense of touch that is enhanced by the context of the bed and caused by an acute shift of senses in the telematic space. The users consciousness within the telepresent body is controlled by a voyeurism of its self. The cause and effect interactions of the body determine its own space and time, by extending this through the ISDN network, the body can travel at the speed of light and locate itself wherever it is interacting. In “Telematic Dreaming” the user exchanges their tactile senses and touch by replacing their hands with their eyes.

French performance artist Annie Abrahams uses webcam technology to unite participants in a shared electronic space. In this work, the two performers attempt to kiss through the network. Despite physical separation, there is a sense of intimacy and even sexuality in the telematic embrace. We ask the question: are we “alone together,” or are we able to form meaningful and deeply human connections through networked interaction and performance.

This work explores the idea of the “telematic embrace,” a concept discussed by theorist Roy Ascott in terms of qualities of engagement in networked space. Here, cyberperformance artist Annie Abrahams explores the integration of two physical spaces as sets for a “still life,” in this case: a third space still life since the integration of these elements is only possible in this hybrid electronic space. As the performers combine their telematically connected bodies in the third space, they attempt to reach through the digital divide, to explore a kind of extended human presence across the network. Is this what we experience when we are engaged in a Skype conversation?

Annie Abrahams has a doctoraal (M2) in biology from the University of Utrecht and a MA2 from the Academy of Fine Arts of Arnhem. In her work, using video, performance as well as the internet, she questions the possibilities and the limits of communication in general and more specifically investigates its modes under networked conditions. She is known worldwide for her net art and collective writing experiments and is an internationally regarded pioneer of networked performance art. Abrahams creates situations meant to reveal messy and sloppy sides of human behaviour, to trap reality and so makes that reality available for thought.

I am an artist from San Francisco, California.  I create site-specific dance installation performances that integrate film, found objects from nature, live music, and elements of ritual. My work investigates the relationship between  archive and performance.  I am interested in exploring the inherent tension between the fixity of archive and the ephemeral nature of live performance.

I grew up on the border of Chinatown and Nob Hill.  My exposure to culture and the arts was often a binary experience of both the East and the West.  I studied ballet, classical piano, French horn, and music composition.  In college, I studied Graham and Cunningham technique and contact improvisation.  My dance sensibility draws from Authentic Movement, South Asian practices of the body, Asian practices such as qi-gong. Wu-Shu martial arts, and  Afro-Haitian dance.  I have a BA in Music with a minor in Theater, Dance, and Performance Studies from University of California, Berkeley.  I am currently an MFA Dance candidate at Arizona State University.

Perhaps the most vivid change is coming in the art this closest to the human body: dance. If dance is the art that is most embodied, dependent intimately on the state of the body… and each art is heading for its opposite, then the future of dance must must be in disembodiment. – Marcos Novak

Cyberspace… involves a curious form of disembodiment, in which each participant becomes a perceptual monad, a concept rather than a physical presence.” – Peter Lamborn Wilson

There is now an increasing acceptance of the idea that not only are selves separate from the body, they are not limited and determined by the mind’s containment in the body. – Steve Dixon

The Myth of Disembodiment, as Steve Dixon points out, is perhaps not true. While the body of the performer may be virtualized in digital/networked space, the body of the individual performer nevertheless remains embodied in physical form. By extension, it manifests a virtual body that can then be explored, manipulated, observed in electronic form. Or as he says “seeing is feeling,” indicating that even the virtual body has a visceral quality.

This state was made in response to participating in Telematic Dreaming over a four-week period. She goes on to say:

When the movement moved through us in this way, based on openness and trust, the distinction between which bodies were real and which were virtual became irrelevant. – Susan Kozen

I seemed to be pulled between the two extremes of an imaginary spectrum: the abjection of flesh and the sanitization of technology. – Susan Kozen

After Susan Kozen is subjected to violent gestures from her virtual partners in Telematic Dreaming, Dixon states:

But all other violent incidents and betrayals of trust shake her emotionally and hurt her physically, forcing her to refute popular theories that the virtual body is disembodied or futile.

Susan Kozen concludes by saying in response to the ineffectual quality of receiving a virtual rose:

The distinction between materiality and immateriality in the technology is movement: as moving beings take on an alternative materiality, while objects become immaterial in their inertia.

Rather than rendering the corporeal body obsolete, telematics offers it a fourth dimension, where it is able to do things the physical body cannot such as map itself onto another…

This is precisely how our investigation of the virtual embrace will be staged in the third space, as malleable construction of overlapping spaces in real-time through movement and dance. It is in the spirit of the “suspension of disbelief” that the performer opens herself to making things real, bringing the virtual into the real.

At the core of our exploration is to BE in the third space as an exploratory experience, beyond the physical, to articulate our subjective and collective feeling of being somewhere between our physical and virtual (dis)embodiments. 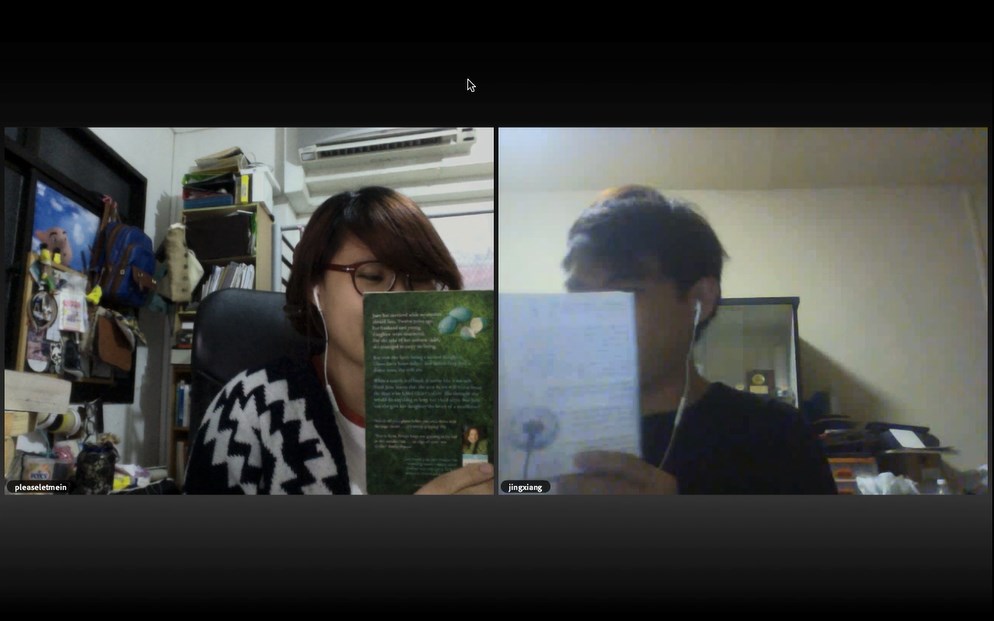