https://oss.adm.ntu.edu.sg/chan0724
Will show ankle for five minutes of wireless 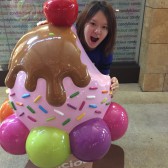 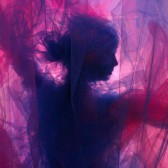 https://oss.adm.ntu.edu.sg/kamarulz002
Kamarul is currently a non-award winning indiscipline artist from sunny Singapore. The next sentence in this bio will not describe anything about his recent achievements or success story but instead, ends like this. 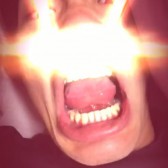 https://oss.adm.ntu.edu.sg/ylim033
Sandwich enthusiast. Eats games for breakfast. Aspires to be a jellyfish. 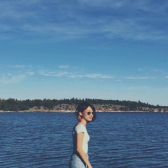 https://oss.adm.ntu.edu.sg/peng0060
Sink into the sofa and become one, I will. 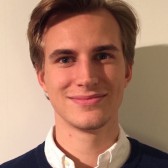 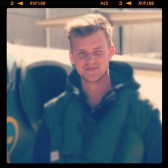 In addition to the Ramroth reading, prepare three (3) potential idea-topics as part of the ‘perfect pitch’ assignment. Two can be the same as last week. Your *new idea* should be posted on OSS as 30-word concept.

I’ve added the category “perfect pitch”. Use this for any post that involves Assignment 3, “The Perfect Pitch”. We can then quickly trace all OSS contributions on this topic.

Dear all, reminder about this week’s three things:

Welcome back from Recess! In the second part of the semester, we will keep our eyes peeled onto session 12 (7 April), which is going to be a “pitching session”. It is framed as your assignment 3. In order to prepare for that, you will need to build your ‘presentation skills’ and ‘public talk muscles’. There will be plenty of Read more →

I’ve made another round of close reading of your project analyses, focusing on the ‘CONCEPTS’ you mention that define similarities and differences between each pair of projects. It is an open question exactly what constitutes a ‘concept’.

I’ve started out by keeping the selection of what to include quite broad. SO in the first harvest, I identified 68 of your ‘concepts’. Read more →

Brave people, the quiz is up….

Before Thursday, note your preparations for this week’s guest speaker, Candice Ng, posted at https://oss.adm.ntu.edu.sg/2016-dm3010/case-studies/ng-exhibition-project/

The project started to introduce a organised and convenient railway network for commuters in the 1990s. In 2001, it soon evolved to provide speeder trains for long Read more →

Kamarule
Jan 29, 2016 - 02:27:45 pm
Beware the rest of the world, China is coming! Via the high speed train! Making every inch of China accessible is important as it will open up china to the world as well. Planning such an elaborate rail way system takes a lot of town planning and sacrifice has to be made on some building and such. In the name of development, some historical places could be sacrifice, just like how in Singapore.

permagnus
Feb 04, 2016 - 12:10:14 am
Here's a link describing the plans for an extension from Kunmin around Indochina and all the way down to us at the tip....! What's next? perhaps one day railroad tunnels under the Sgp Strait, and all the way to Sumatra? https://en.wikipedia.org/wiki/Kunming%E2%80%93Singapore_Railway
Reply

“Many of us will overlook the mundane, everyday objects we see in our day-to-day; such a concept is exactly what photographer Charles Pétillon chose to explore in his latest series called ”INVASIONS.”” The white balloons are a metaphor to change the way we see our everyday objects.

Kamarule
Jan 29, 2016 - 02:32:11 pm
Love the balloons in different sizes! Finding a house to shoot and to fill in the balloons must be really difficult i feel! Good project Charles!
Reply

Hacknet is a terminal-based hacking game released in 2015. It’s created by a single game developer, Matt Trobiani. He encountered many problems while planning the game, as hacking was not something all gamers knew. But he overcame it and made a game that has received rave reviews.

Lead developer Armin Ibrisagic focused on goats after convincing his coworkers that goats go viral on the Internet. Footage of the game in its alpha state was posted to YouTube received more than a million views in 2 days and Read more →

“Crystal Universe” is an interactive art piece that involves the movement of the viewer. 60,000 LEDs are suspended in the 3D space. When a viewer steps into the space, a change is seen in the lights in the entire space and this change will continue to be indefinite with the viewer at the core.

Kamarule
Jan 29, 2016 - 02:39:18 pm
The contractors who set up this installation will definitely has their work cut out for them. 60,000 LEDS was being use so i can only imagine how long they did to install them.
Reply

Hamilton is a musical with music, lyrics, and book by Lin-Manuel Miranda. The show was inspired by the 2004 biography Alexander Hamilton, by historian Ron Chernow. On Broadway, it has received enthusiastic critical acclaim and unprecedented advance box office sales.

Lin-Manuel Miranda decided to pick up a biography to read on his vacation from another musical, In the Heights. At the Read more →

Kamarule
Jan 29, 2016 - 02:37:39 pm
I always enjoyed musical because in the performance, I can see how well they have rehearse the piece and if they don't do it well, it is very obvious sometimes. So a good musical like Hamilton takes a lot of planning, furthermore if the musical is an original piece!
Reply

Burning Man is an incredible festival that brings art, performance, and culture to life. What started out as a small group of people eventually became a culmination of artists, performers and over 50 thousand individuals.

Boyhood was one of those unusual movie projects. Unlike other productions where a plot is created and script is completed before production begins, Boyhood’s direction was forged over 12 years. It is unconventional but also incredible.

Kamarule
Jan 29, 2016 - 02:36:01 pm
I agree it is unconventional because in terms of production method, studios like to start a project and finish it as soon as they can. But this one, the director's vision was very intricate and he knows what he wants.
Reply

Pulled by the Roots

Leandro Erlich‘s ‘Pulled by the Roots’ displays a piece which looks like a house having been pulled from the ground by a crane. Roots, like those of trees, appear at the base of the house. To have something so large and what we usually associate with being grounded being suspended in midair is something to think about.

Kamarule
Jan 29, 2016 - 02:34:34 pm
I find the roots at the base of the house is very good touch to make this project look natural and relevant. I can only the amount of planning and brainstorming before they execute this project! I hope no one is injured in this high risky project.
Reply
Skip to toolbar