Sometime in the middle of the ninth century, a ship set sail on a voyage that would take it from the Persian Gulf to the Pacific Ocean. It was a journey that connected two empires, the Abbasid Caliphate (in modern-day Iran and Iraq) and Tang dynasty China, as well as many different cultures in India and Southeast Asia along the way. Upon reaching China, the ship would have unloaded and sold its cargo, the contents of which remain unknown to us. The ship then assembled a cargo for the return voyage, the vast bulk of which consisted of Chinese ceramics made in the kilns at Changsha. Over 60,000 such bowls were acquired and carefully packed in large storage jars. Alongside this mass cargo, ceramics of higher quality were also procured as well as precious metals such as gold and silver. Laden with this high value cargo, the ship cast off on its journey home. However, while sailing through Southeast Asian waters, disaster struck. The vessel sank in the Java Sea and was lost to the vicissitudes of history. There it lay until it was discovered in 1998 by fishermen diving for sea cucumbers off the coast of Belitung Island. In many ways the Tang Shipwreck (also known as the Belitung Wreck) elucidates the complexity of globalization and interconnectivity in ninth century Asia. 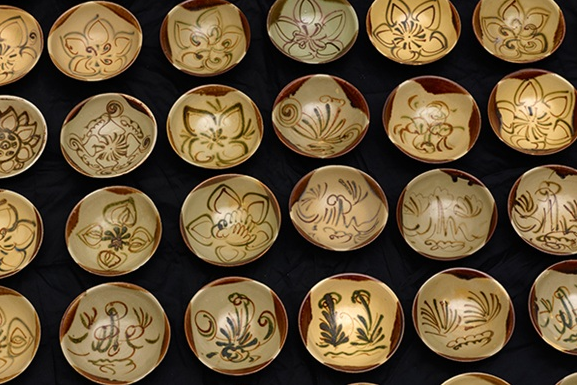