https://oss.adm.ntu.edu.sg/char0058
I just had cereal for breakfast. Life's good.

https://oss.adm.ntu.edu.sg/dtan046
Pew pew pew, I shoot people and frame them up. 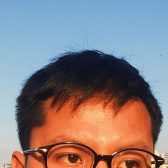 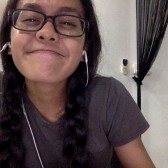 The Colour of Light

All these photos have not been edited for colour or exposure.

Film: Agfa CT Precisa 100 35mm Testing the latitude of slide film. However, I was forced to underexpose as I was at the limit of my lens (f/3.5).

These are the monochromatic images I took at eco park.

This is the contrasted image.

The subject that I decided to go for would be the gravel right outside of the school and as I’ve mentioned in my Lighting assignment, I found Read more →

For this assignment, we were tasked to capture images with different lighting. For this assignment as well, we had to take up a medium format camera and having used a Mamiya during the eco park, that was my go to camera. However, having used it only once, there were still some things that I couldn’t get used to. Mainly the Read more →

Mix of LED, neon and streetlamps