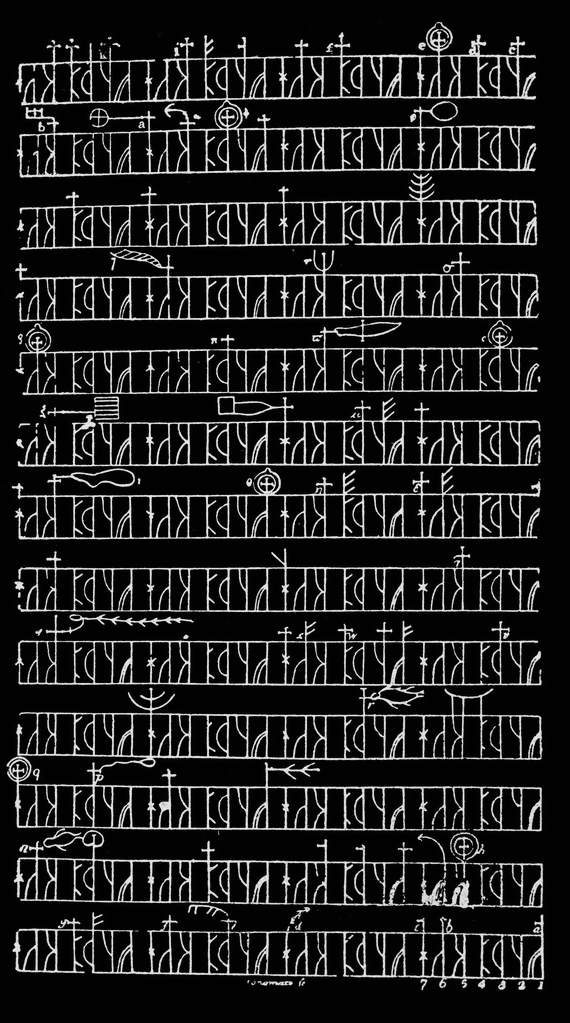 Ancient Lunar Runic Calendar from Sāmsala (the island of the Sami or the isle of Ösel).

It is of 13 four-week months, consisting of 28 days each. The days read from right to left, like the Hebrew, and in every case the week commences with Monday and ends with Sunday.

Øsel is the name of the island when it was under Danish rule in the Medieval period, and the Swedish with the name Ösel. The ancient Greek – Phonicians and culture of the pre-christian Roman Empire likely influenced the Baltic and Nordic Runic scripts. People came to the Nordic and Estonian – Baltic areas with the Iron Age Indo-European people connected to the Early Roman Empire. This period is archaeologically named: The Roman Nordic Iron-Age. The people were likely the ancient Nordic Goths – a people that from early on merged with the indigenous people and that later were displaced from the areas they inhabiated in the Nordic by the Dacian people that came from Eastern Europe to the northwestern and the Nordic areas during the Medieval period.