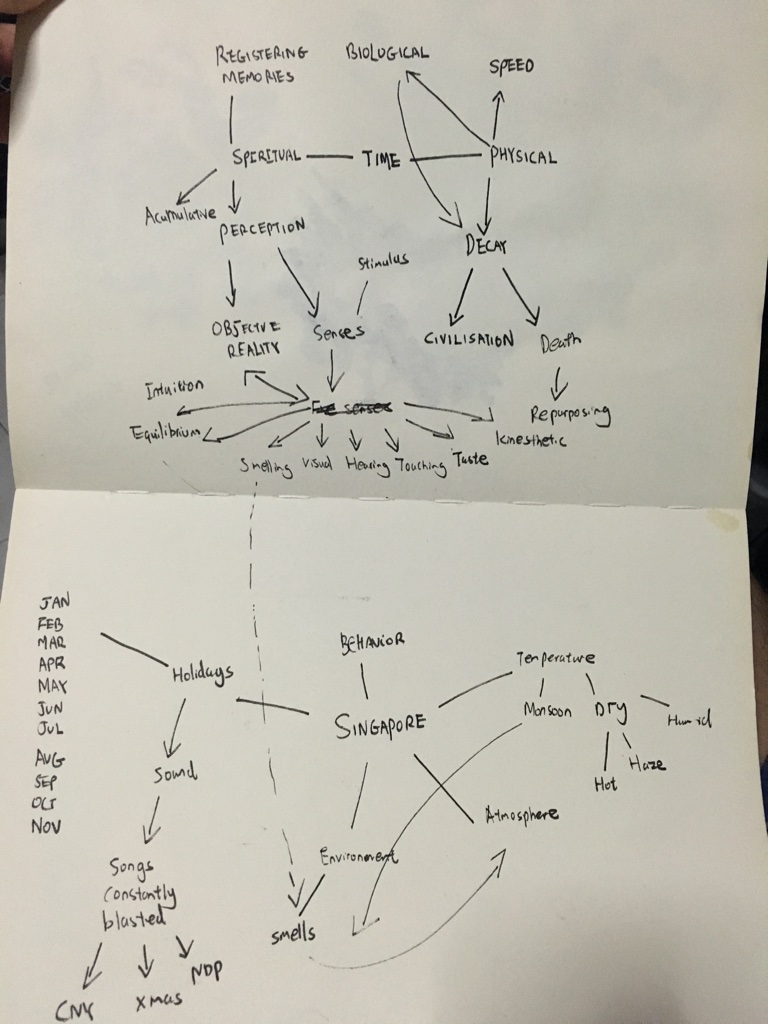 During the initial mapping, several palpable areas have surfaced.

Perhaps the most straightforward and elaborate method will be to engage the senses. Picking out senses other than the basic five that we’ve always been so familiar with. Therefore, I started looking into other ways that our bodies are able to navigate externalities. Why is this important you may ask. I feel that our senses are the only things we have connecting us to the vast unknown that is the cosmos and therefore it is the only thing that anchors us down to a certain spacetime and its fleetness. Hence I find it interesting if I can identify a motor or a reflect in our body that is not (or could be) one of the 5 primary senses to be put in focus and be utilised for identifying time.