Last week, I had the idea of utilizing and integrating film into the dictionary without any direction in terms of topics. This week, I’ve  finally settled down on the topics that I’ll be really interested in for my upcoming FYP. I want my work to be existential, to be about human’s capabilities for creation and destruction and how new media, in its rawest form, can be both detrimental or beneficial for our idea of what existence is about.

My transition from annex 1 to annex 2 sees a change in direction where initially, I had a bunch of categories and keywords revolving around the medium of film at face value. The meanings of the films itself eclipsed the entire idea and intention of even creating the dictionary itself. Why would I need to create a dictionary referencing films to a specific word and idea? Not the kind of intent I’m looking for. Probably been done to death already. 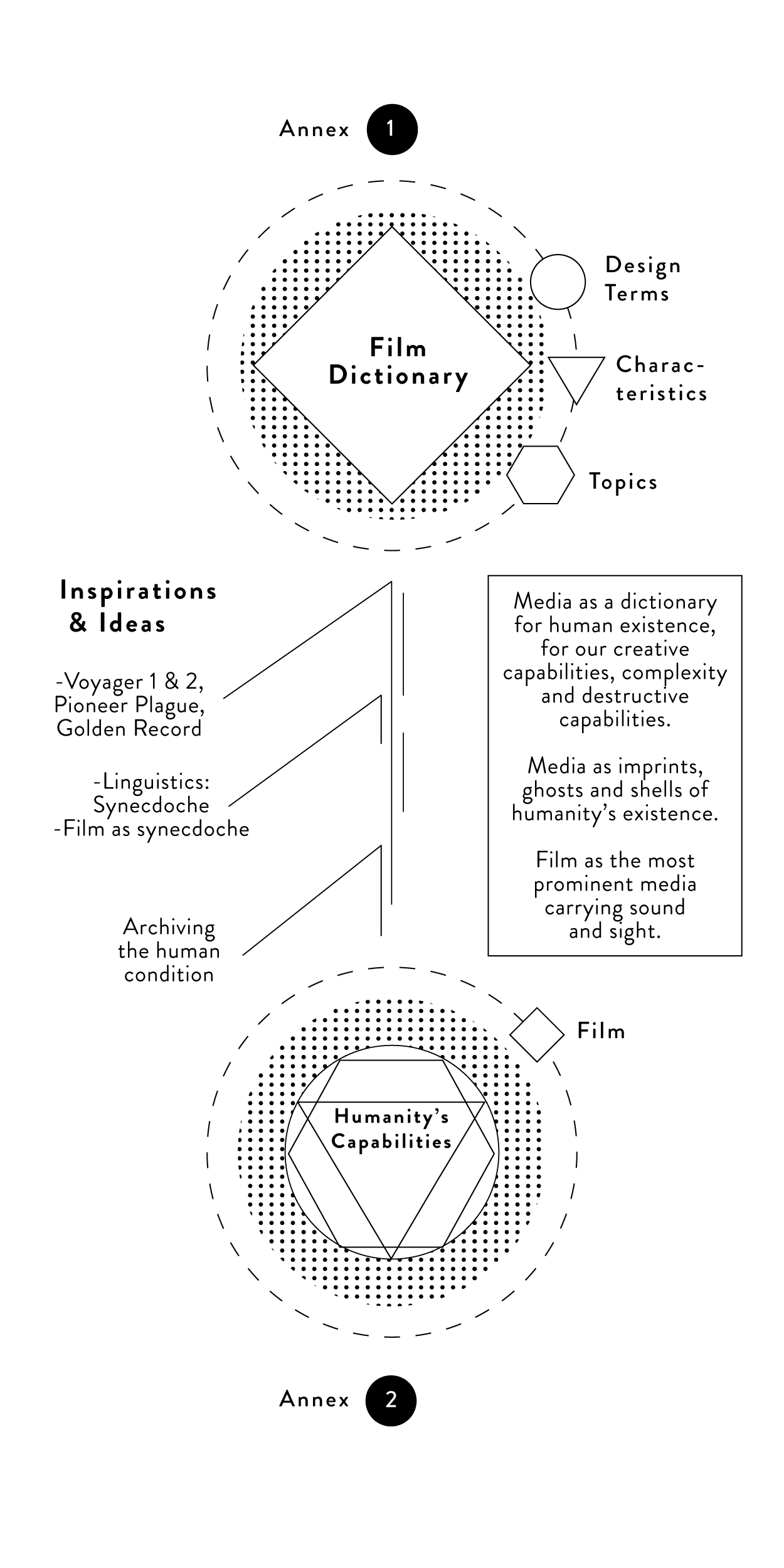 Throughout the week, I constantly sought inspiration from different sources and what captivated me the most was the idea of Synecdoche in linguistics. The way the word “sails” refers to the entire boat and so on. Then I was thinking, is there a way to create a synecdoche of humanity without becoming minimalistic in a way that the meanings , feelings and auras are lost.

I somehow stumbled upon the information about Voyagers 1 and 2, the Pioneer exploration ship and how Carl Sagan was involved in the creation of very specific artifacts to represent humanity as a whole.

This below is from the images on the Pioneer Plaque on board of  the 1972 Pioneer 10and 1973 Pioneer 11 spacecraft, featuring a pictorial message, in case either Pioneer 10 or 11 is intercepted by extraterrestrial life. The plaques show the nude figures of a human male and female along with several symbols that are designed to provide information about the origin of the spacecraft.

The symbols on the top left are hydrogen atoms and the size of humans in relation to the spacecraft are explained. 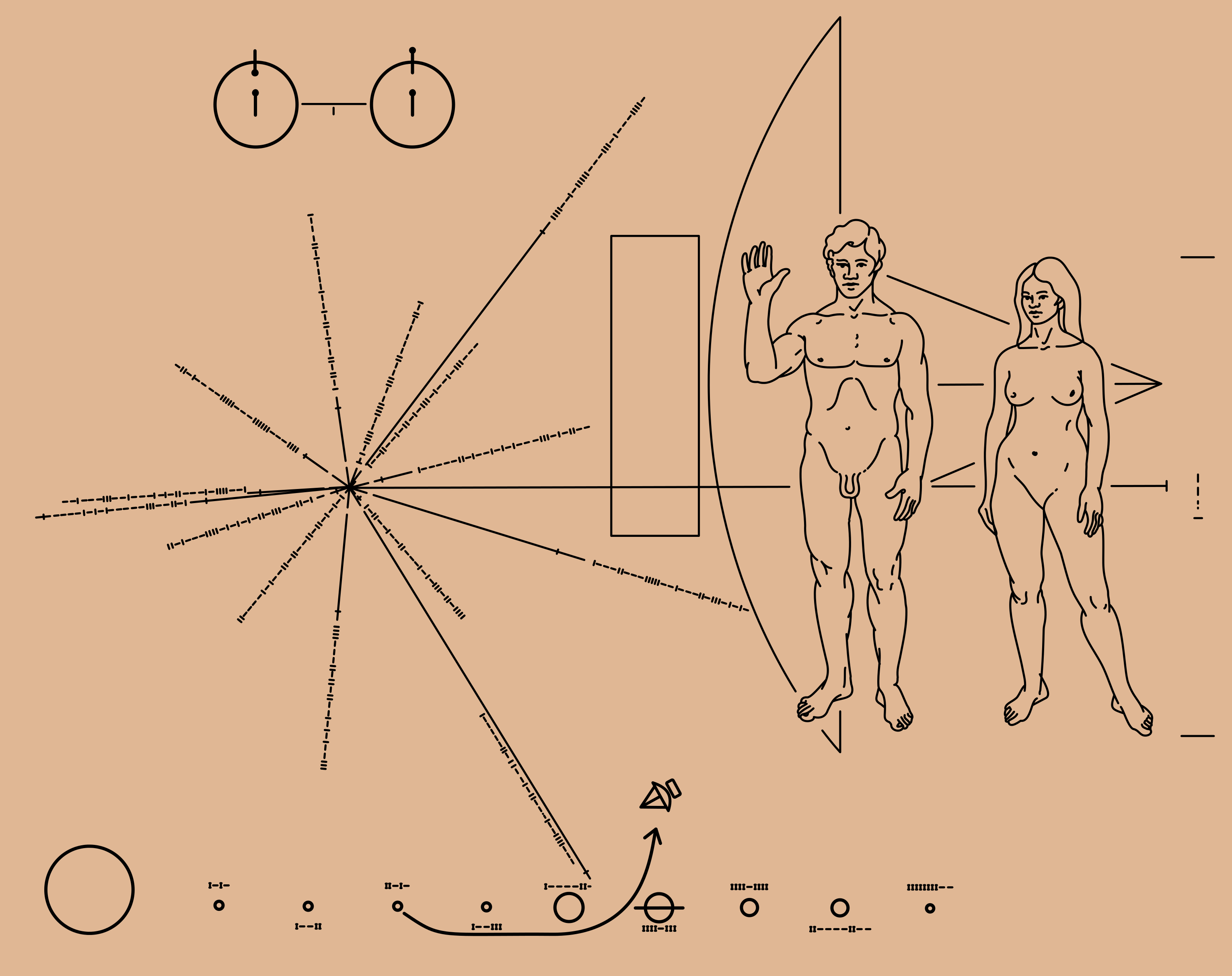 Sounds on the Voyager’s Golden Records. I think the current year’s graduation show promotional materials are inspired by this.

The pictures that were put on the voyager spacecraft. If the human race manages to kill itself, this is the only thing other life in the universe will know about us. This would be the imprint we leave on the entire universe.

After going through all of these, I felt like the logical thing for me to do is to use films to represent us. Majority of films are our worlds replicated in an idealistic way (or the other way round) and allow us to dive deep into that sort of fantasy for escapism . However, there are many truths in relation to real life that are inescapable. Our destructive and creative capabilities are what make us human and through film footages, I hope to create an experimental video collage of films addressing those ideas. In a way, it will be a visual dictionary of human existence.

2)A booklet for dissecting the video

Will keep brainstorming to float the idea better.