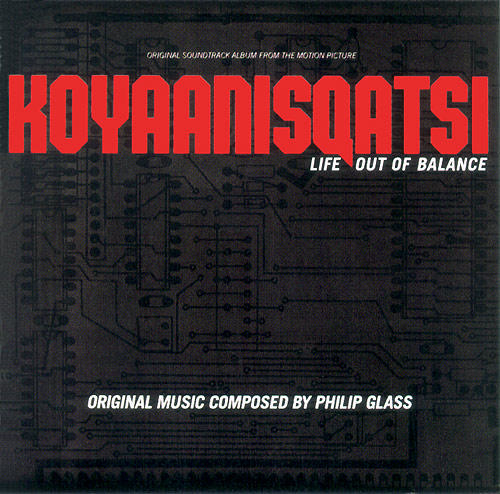 I’ve previously mentioned that I want to extract elements from films that depict the creative and destructive capabilities of human beings on Earth. I want to create a summary of us using our own films. How accurate can staged scenes represent us. The films listed below are the ones that I’m interested in structurally to create my film collage. I will push the format further beyond just film footages that are edited and mashed together.

Koyaanisqatsi is a documentary (of sorts). It is also a visual concert of images set to the haunting music of ‘Phillip Glass’. While there is no plot in the traditional sense, there is a definite scenario. The film opens on ancient native American cave drawings while the soundtrack chants “Koyaanisqatsi” which is a Hopi Indian term for “life out of balance”. The film uses extensive time lapse photography (which speeds images up) and slow motion photography to make comparisons between different types of physical motion. In one of the first examples, we see cloud formations moving (sped up) intercut with a montage of ocean waves (slowed down) and in such a way we are able to see the similarities of movement between these natural forces. This technique of comparison exists throughout the film, and through it, we learn more about the world around us. The film progresses from purely natural environments to nature as affected by man, and finally to man’s own manmade environment, devoid of nature yet still following the patterns of natural flow as depicted in the beginning of the film, yet in chaos and disarray. Through this, the film conveys its key message, which is Koyaanisqatsi: life out of balance; crazy life; life in turmoil; life disintegrating; a state of life that calls for another way of living.

An exploration of technologically developing nations and the effect the transition to Western-style modernization has had on them.

In this cinematic concert, mesmerizing images are plucked from everyday reality, then visually altered with state-of-the-art digital techniques. The result is a chronicle of the shift from a world organized by the principles of nature to one dominated by technology, the synthetic and the virtual. Extremes of intimacy and spectacle, tragedy and hope fuse in a tidal wave of visuals and music, giving rise to a unique, artistic experience that reflects the vision of a brave new globalized world.