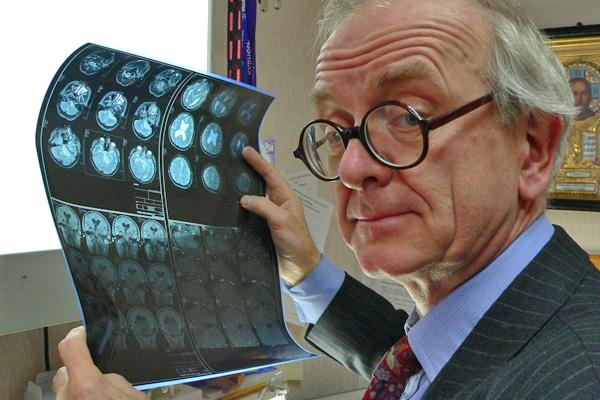 Right at the start of the film, we get treated to some exposition shots that helped us understand the environment of the story. The film helped us to establish the relationship that Henry Marsh had with the Ukrainian doctor Igor from the start and slowly guided us through the daily routines that they have to face in the medically deprived country.

Using graphic imagery, the film is able to present us with the dire situation in the country as well as the truth and consequences of neurosurgery.
As we progressed on in the first act, the patient Marian is introduced and presented us with a story. Marian has a benign brain tumor and getting rid of it entirely could present him with a repercussion that could be life-changing. That’s definitely something that got us hooked onto the film. As we get on further, he was told that he has to do his surgery lucid really upped the stakes for all the emotionally invested audiences.
As we move on with the doctors and their daily encounters, we were presented with a failure coming back to haunt Henry Marsh emotionally. Which makes all the current stakes so much higher.
Another thing that I felt really worked well for the film will be the use of the polarity of healthcare systems. One interesting scene that struck me will be Henry Marsh explaining that the bone perforator tool that he uses home gets discarded with each use, thus showing how well funded the healthcare and medical facilities back in The UK is. On the other hand, we have Igor who shops for equipment from the local hardware store and used his perforator for five years straight. This display simply tugs at our emotions as we can’t help but feel sorry for the people that are living in Ukraine. So not only is the film successful in nailing down the nitty gritty parts of a medical documentary, it provides a huge social commentary on developing countries and how things were run there.
At the end of the film, we leaped over the hurdle of Marian and this time looking back to the failure of Tanya which came back to haunt Marsh. Similar to what was discussed in class, I felt that the ending would have sufficed after the operation of Marian. I do understand the theme of “some things will never go away and keep haunting you”, but I felt that the ending could be done to excess with the visit to deceased Tanya’s mother. It felt inorganic and slightly manipulative.
On the whole, I felt that the film successfully got me to invest my emotions in it and it’s all because of drama, risks, stakes and grief