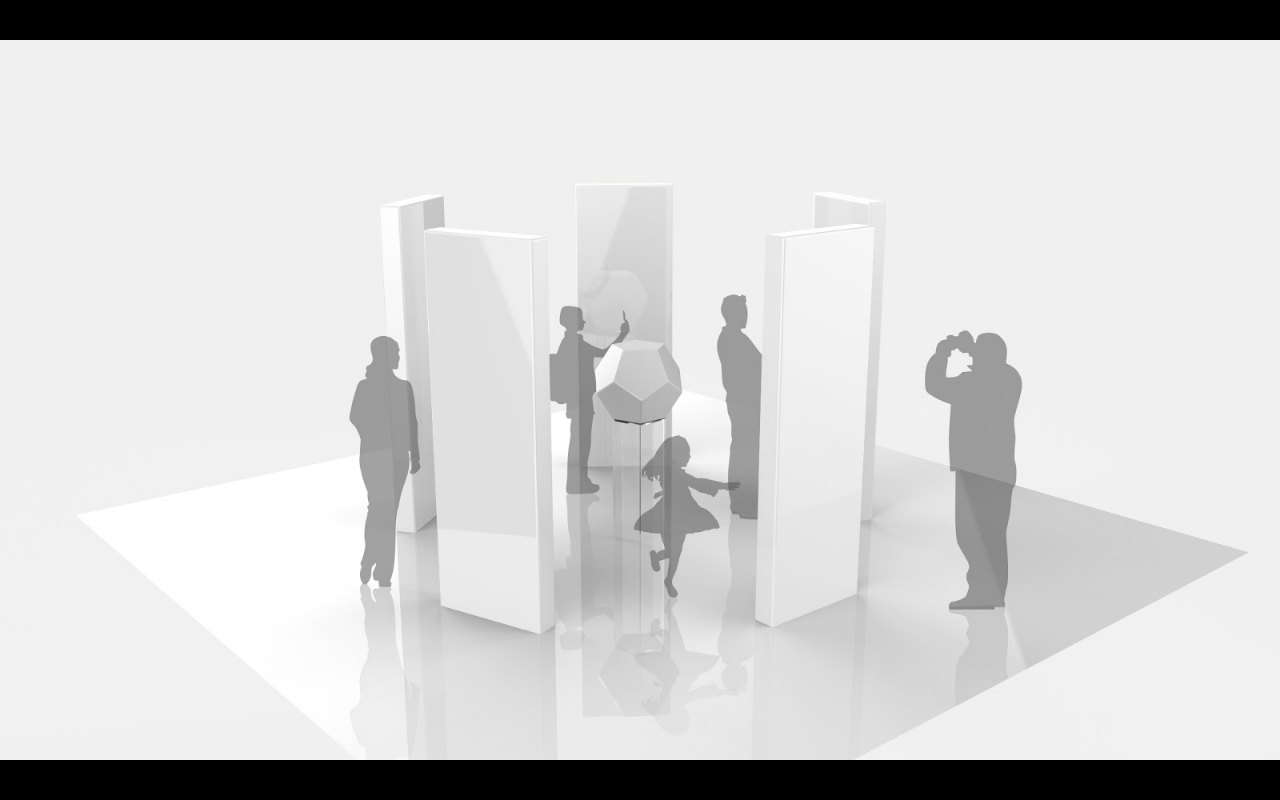 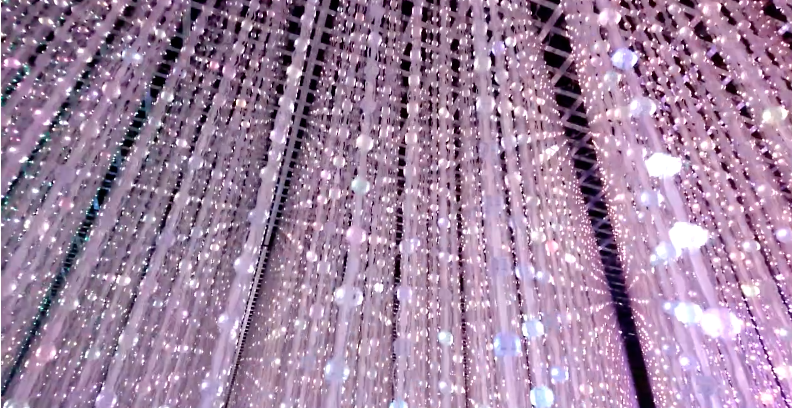 Future World is a brilliant exhibition where audiences get to fully experience each and every installation, not just by watching, but through almost every other senses like sound and touch.

In Nature, there are 5 panels of LED projecting an endless wave of waves. Accompanied by soothing music and bean bags strewn across the carpet floor, visitors are encouraged to take a sit or even lie down to relax and drown in the calmness of the sea, which they did so without any instructions.

Moving further into the exhibition, we were were greeted with a familiar sight of civilisation. One of the installation was fully interactive. We were given a landscape and all we have to do were to move certain blocks like mountains (for river channels) and houses (for roads). The computer (Kinect) joins similar shapes together and automatically builds a town, with animations of small cars and trains going back and forth. The concept was pretty easy to understand and surprisingly engaging. The table is big enough to hold large crowds and there were enough blocks for everyone to shift. Each shift could result in a different pattern of town and everyone wants to try.

The other interesting project was the cubes. They are colourful and bright, and attracts children and adults alike. However, the concept was not as obvious as the town-building game. Visitors will only know that the cubes actually stack on a plus and minus when you get close to it and touch it. Only then they will try to stack them and see how the colours will change. I feel like it might work better if the plus and minus indents were more deeper and more obvious. Other than that, the technology used for this is impressive!

These balls of colourful lights are comes in 2 sizes for both adults and children. Many of the visitors would go ahead to step in and play with them. However, being here before, I actually did not realise that bouncing these balls actually activate sounds of an orchestra and a choir around you! It is a huge pity if most visitors do not realise that part of the installation because of all of the other installation polluting it with sound. Nevertheless, it is inviting, and it takes advantage of what visitors already understood in their early years of their lives what to do with balls: bounce them, or even kick them.

In the future world, visitors are greeted by thousands of LED crystals hung from the ceiling. As these lights change to simulate movement through space (literally), soothing music plays to suit the various patterns. Being enveloped by thousands of lights gives audiences a sense of wonder, and that there is so much more in the universe to see and experience. All of it in a small space that is made much bigger by mirrors that seems to further expand the universe.

Having been there once, I thought it would just be another field trip. However, there is so much more than meets the eye, and after analysing each installation with the Director of TeamLab, I actually learn much more. 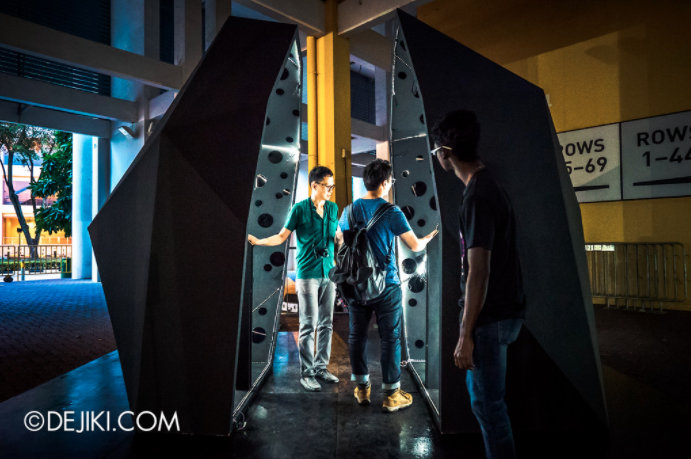 I was not able to attend this year’s exhibition, due to my busy schedule and fear of crowds. However, I did attend the one last year and the one exhibition that gave me the biggest impression was Fissure by Ong Kian Peng (feature image). It is basically 2 halves that will only light up if you touch the 2 metal plates on both halves, completing the circuit and lighting it up. You could also do it between 2 people, and it lights up as well, somehow suggesting the importance of human connection. It was beautiful and meaningful.

The other exhibition was Groove Light by NUS. They attached a lever to the light bulb so that visitors can raise or drop the light bulb in and out of the sculpture. The interesting part is the play on the light. The sculpture has curved lines, but the shadows projected onto the floor have straight lines instead, which is incredible that it is even possible! 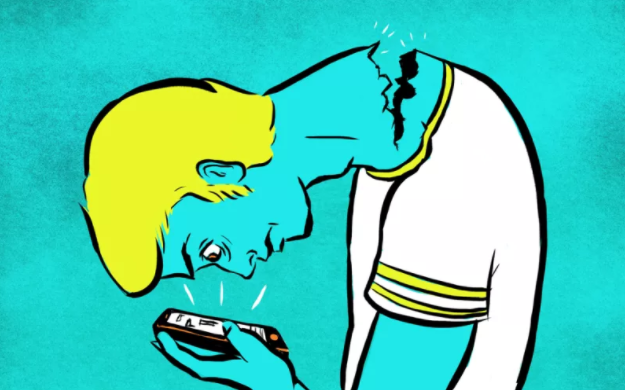 In this TED talk, Chipchase talks about being connected, how everyone is going to be connected (and now are) via mobile phones that transcends through space (by calling) and time (by messaging with convenience). It was a rare thing then, with the streets of China even reverse engineering the production and functions of a phone, and then producing them.

But this TEDtalk was filmed 10 years ago. In this 10 years, much of technology has developed and almost everyone are connected via mobile data and has at least 1 smart phone. Everyone is connected virtually, albeit too much. Now we have what the experts call the phone addiction syndrome. With neck bent, and earphones plugged in, even if friends are close by, no efforts were put in to converse with them. People even got into accidents because they were not paying attention to the road traffic and pedestrian lights. A television show even in Singapore, The Noose, even made fun of how parents have to talk to their children via Whatsapp to talk to them. Indeed, technology has given us various perks like better connectivity, but is it actually making us lose human connection?

reading this extract is an eye-opener. There are many little bits of details that I would miss out if i were to go on a research trip, like the signs of Do’s and Don’ts and what they imply of a given area, the languages used and how it implies multilingual communities, the icons on the signs and how it implies literacy rates in that country, or how different menus in different countries implies a certain diet adopted by the citizens, etc.

What surprised me most was how he interpreted the lack of certain signs. How did it occur to him about what the lack of signs mean? The only answer i could guess was that he had done research in so many different countries and compared them to understand it better.

The other question I had in mind was: Do the signs(laws) make the citizens, or the citizens make the signs(laws)? Taking Japan for example, they are one of the most gracious community, keeps the streets very clean even though there are no rubbish bins around (as compared to Singapore where bins are everywhere, but littering still exists), sorts out their trash for recycling, and are very considerate people. Yet, they have numerous signs and rules for public spaces.