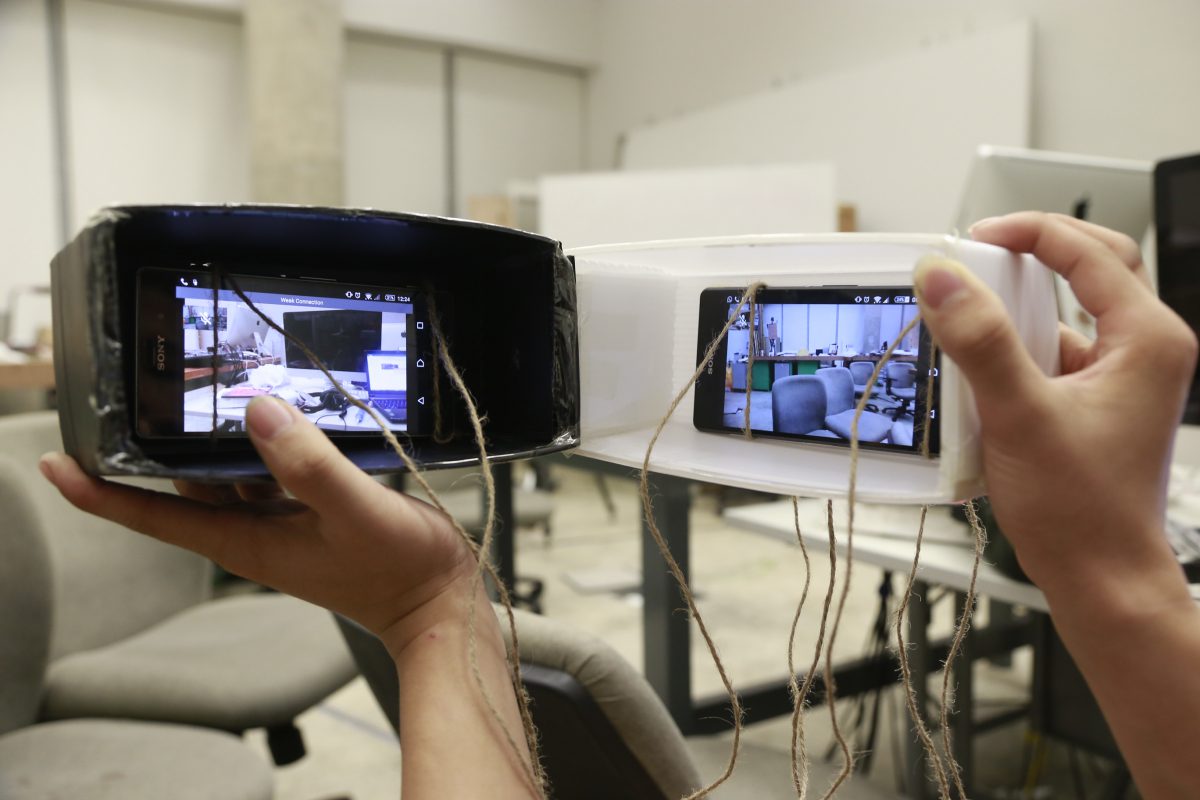 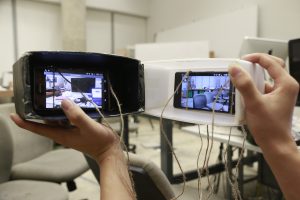 So to conclude this device, I’m going to go through the considerations of building it and the concept that goes behind it.

Building it:
So I set out to build two corrugated plastic boxes to hold two phones that are going to Skype each other.

Other than the usual cutting and measurements to make sure it fits the phone I wanted it to with the right hole for the camera etc.

I also made certain safety precautions for example,  I scotch taped the side  that was facing the user to make sure that no sharp edges is gonna cause a cut.

And that the twines were able to fastened the phone tightly such that it will not slip off the box I made. However during class, the twines that were used to hold the boxes onto the head had problems which resulted in manual holding.

Maybe the scenario of walking around in the Sunken Plaza doesn’t exactly fulfill this change in perception. But imagine scenarios where you had to order lunch, hang out at the lounge, interact with people. More than anything I wanted to explore this new perspective that is now bestowed upon the user. The ability to see what goes on behind your back. To attain a (almost) 360 view of your life, rather than just a one sided view. To liberate the user from the physical limitations of our sight.

This liberation enables us to see a lot more and thus communicate differently. There is no need to turn your head just to look at a specific subject, you can just see and communicate with your back facing your friends. You can watch people more effectively, you won’t need to be afraid of what is behind you. Neither will you need to feel the urge to turn back and wave the last goodbye, you can just watch your treasured ones as you leave, and they too, know that you’re looking at them as you leave.

And at a party, standing in the corner or the wall will no longer be safe and comforting with half your vision impaired. Contradictory, standing right in the middle of the room will be the utmost comfort, as it is optimally where you can see everybody.

I guess having “a third eye” will fundamentally change a lot of things, of how we build a space (architecturally), and also how we transverse space. 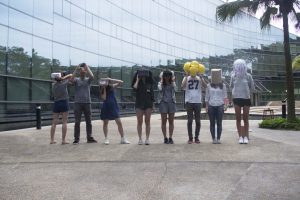 The link for the documentation video is below: