Raoul Hausmann was one of the leading men of the Berlin Dada art period.As a founder of the Berlin incarnation of Dada, Hausmann searched for a vital, disruptive, and realistic art, piecing together scraps of word and image—the detritus of the real world—to make symbolic and explosive new pictures.  He always tried to spell out his discomfort towards the authority and thereby have tried to address his concerns. However, he like many others was always forced to clench on to the words and not express them in the manner they felt.

ABCD is a self-portrait. Also found in the image is information about one of Hausmann’s upcoming poetry readings. (Below the artist’s face) This serves as a reference to the literary side of the Dada art movement. The letters ABCD, a prototypical poem, are clinched in the artist’s teeth to screaming and experiencing some sort of discomfort.Ticket stubs are cut up and scattered in various places. Hands, money, a fire extinguisher, and different words are hidden throughout the image. The value of these items could be interpreted in many different ways, but overall, Hausmann seems to be using these symbols to encourage the audience to challenge accepted beliefs and create individual opinions, and use art as means to do so. 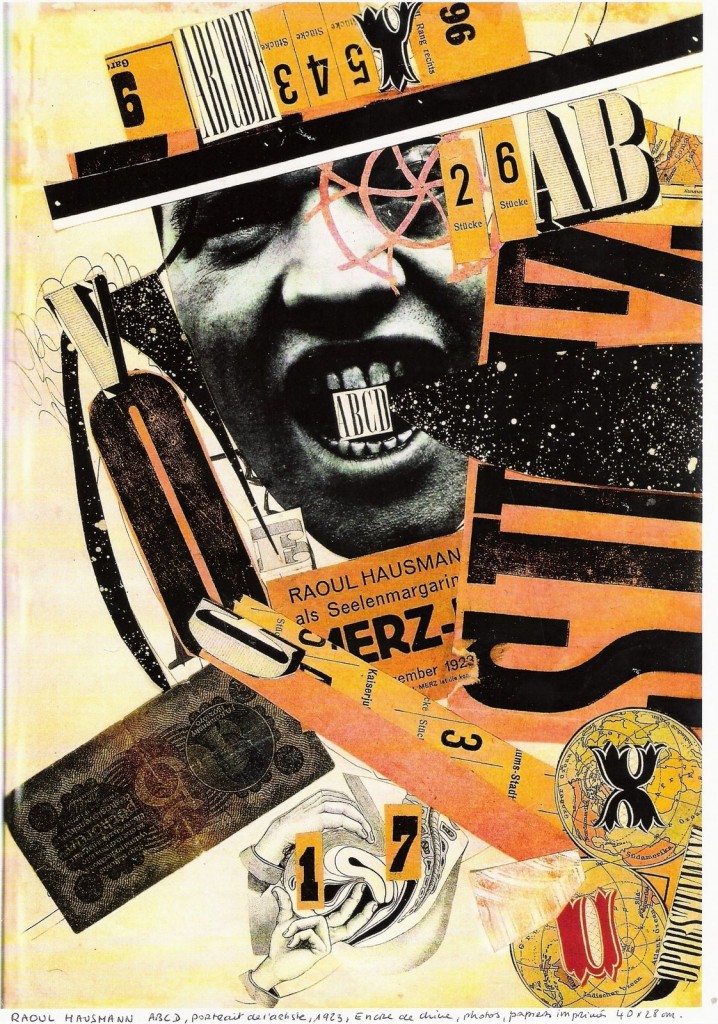 Clockwork Fagin is one fascinating tale about an orphanage for the orphaned disabled kids. The kids suffered under a brutal caretaker who uses them to be beggars and at the same time abuses them whenever he likes. Until one day a boy came and killed the cruel man and offered the kids a way to escape their cruel life with some ingenious mechanical trick.
stretched the definitions of art, and tested the boundary between “living creature” and “mechanism.” 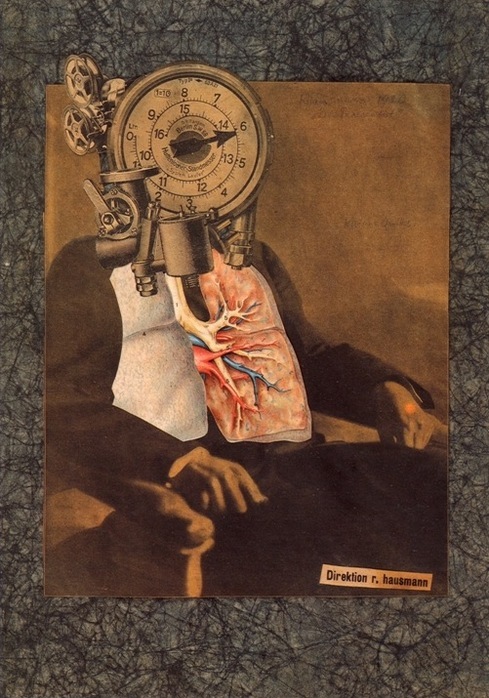 Hausmann expressed his disapproval through a photomontage entitled The Art Critic.Some parts are hand drawn. The placement of objects seems arbitrary.The Art Critic makes a mockery of what critics would traditionally claim to be fine art.
the piece challenges the idea of the traditional art critic as well as a critic’s motivations and qualifications for deciding what is fashionable or acceptable art. The art critic also can be interpreted as a representation of society as a whole at this time. Hausmann did not agree with the superficiality and lack of individuality found in the Weimar Republic. He also was against the influence of money, especially in a capitalistic society. Hausmann supported new, different forms of art. He did not like the bias of critics toward the traditional styles. The Art Critic incorporates a rather chaotic organization of photographs and cutouts to express these feelings. 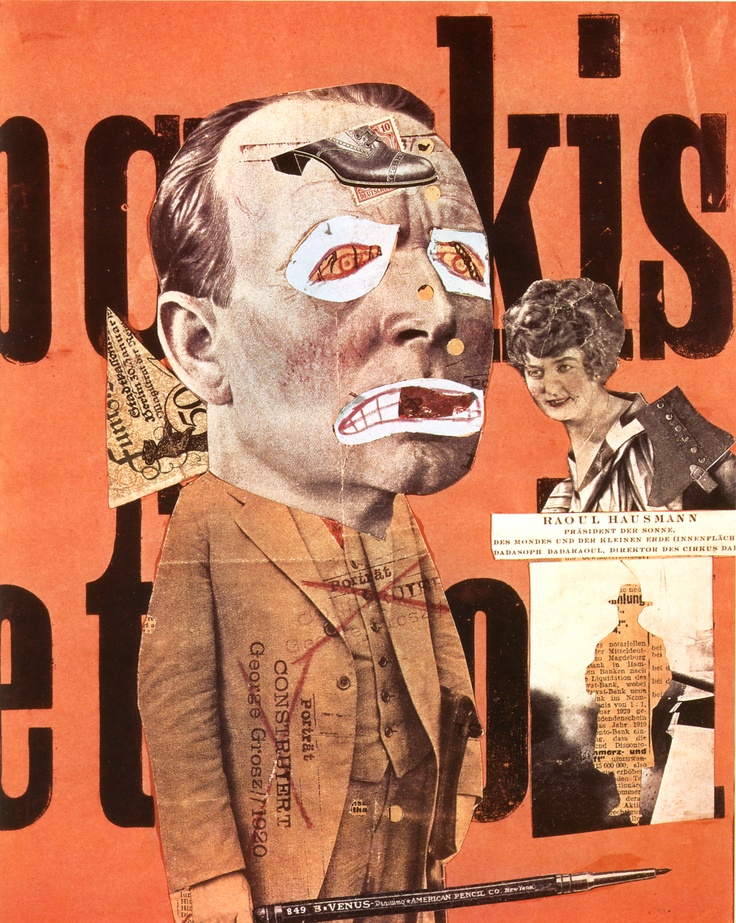 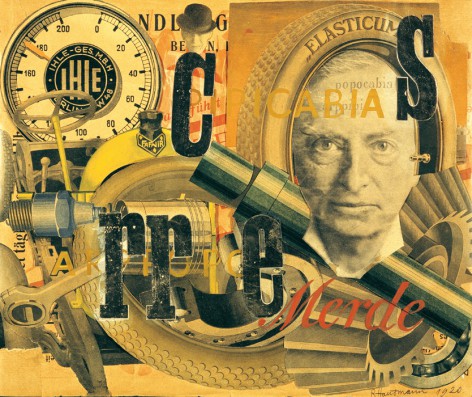 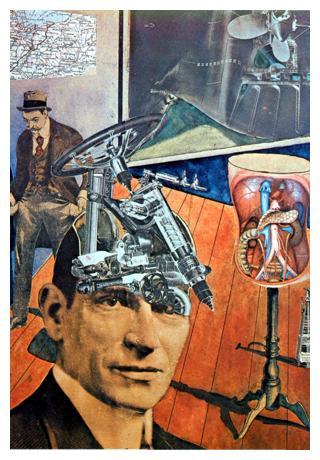 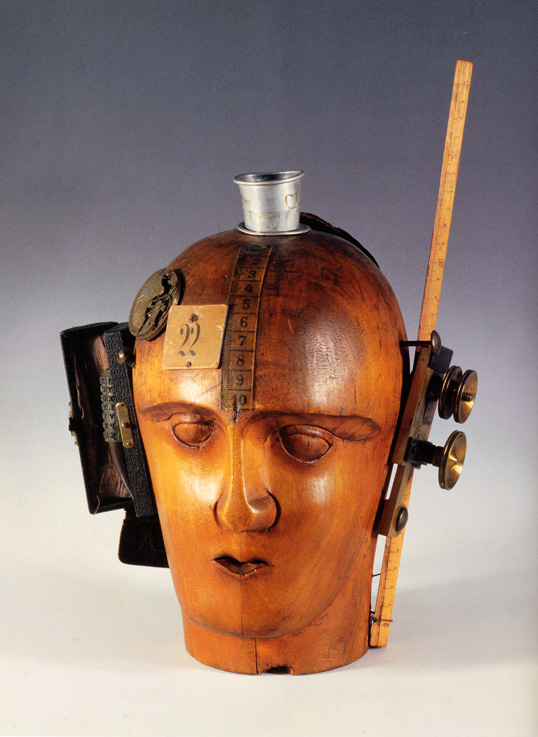