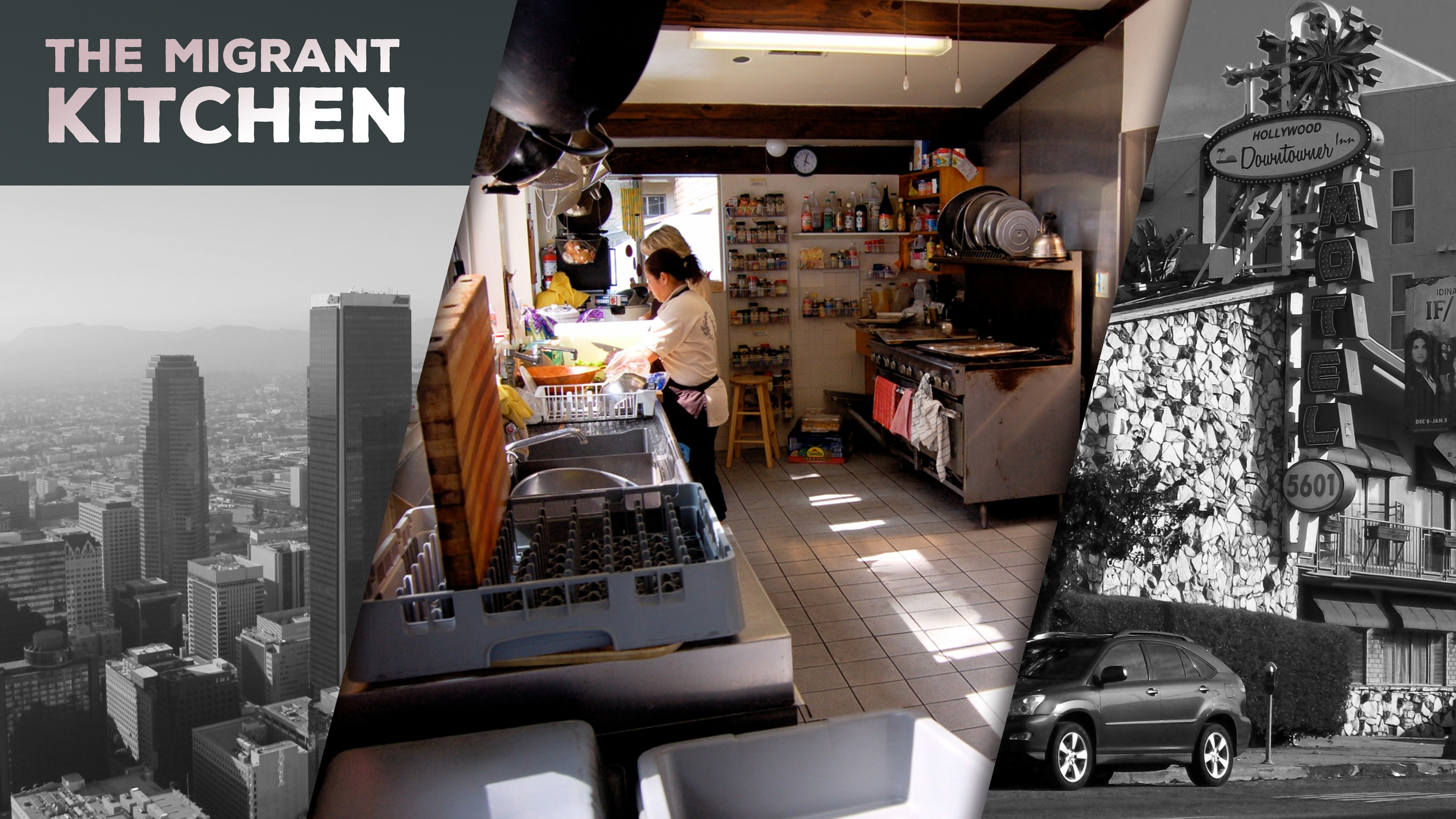 As the research project deals with early history of modern Singapore and the immigrants and migrants of that time, Prof Kristy thought this documentary series would be useful as a case study since the story is similar to that of early modern Singapore (and still is to a lesser extend).

After the founding of modern Singapore by Sir Stanford Raffles, there was a surge of people travelling into Singapore while most looking for a job here. With it, they brought along with them their food and culture. The culture of the native Malays along with the cultures of the immigrants and migrants starts to intertwine and that creates something new.

As journalist Ruben Martinez state in the documentary, “we live in a foodie culture, and I wish that we can see beyond the food sometimes to the hands that makes the food.” This in a way is similar to what our project is about, using food as metaphor in order to understand the cultural heritage of Singapore.

“We are eating food that’s touched by hands that in turn, has been molded by war, political upheaval and famine.” Hearing this from Martinez’s commentary, it feels sad that human never seems to learn from causing suffering.

The documentary explores the lives of 5 migrant chiefs and how their food culture plays out in the state of Los Angeles. “Their culture, their experiences, and their stories are what infuse the food in Los Angeles with so much of its heart and soul.” It is also a reflection of the economic and cultural landscape of the modern time where people from East Asia, Middle-East and so on are migrating to LA to have a better life and one occupations they excel in is in cooking and with it, it brings with them their culture, history, story and mixing it together with the LA’s native culture.

Besides that, it also talks about how the immigrant feel about living in a place so far away from where they were from. Charles Olalia, a Filipino chief and owner of RiceBar opened up his current restaurant in the middle of downtown where he had been living for six years.

Another aspect that the documentary explores is that immigrants are the backbone of restaurants native to LA. Many immigrants have to learn how to cook dishes they are not familiar with but overtime they also infuse their own ideas and heritage and it creates a natural evolution of a dish. This reminded me of the Hainanese people at the turn of the 20th century, where because they were the last few to migrate to Singapore, had to take up jobs that people do not want, such as being a kitchen staff. But because of that, they learned to cook western meal for their European employers while also adapting toast and jam that eventually evolved to what is now known as Kaya Toast.

There is also a segment on Latino food vending that remind me of early Hawkers where they have cart and pop-up booth where they setup shop either by cooking the food on the spot or paddling their pre-cooked food. In the documentary, the law enforcers are trying to get rid of all the street food vendors which is similar to the Singapore government plan to shift street Hawkers into organized and clean place to cook meals for the masses.

In another segment, Filipino pastry chief Isa Fabro whose parents have emphasis learning English over their native language in hopes to better survive in America. She turn to food to connect with her culture and in term combined it with her experience living in LA and created a new type of dish known as Malas. This new dish “is a hybrid Filpino donut crossed between a malasada, which is a Hawaiian donut and Carioca which is a Filipino fritter”.

Thinking back, this documentary gave me a good idea how our forefathers probably felt when they first arrived in Singapore, bringing a long their expertise and creating something totally new (ie Chilli crab, black pepper crab) using whatever was available to them. I guess we can expect to see more of these happening right now as Singapore becomes more and more cosmopolitan which even more people coming in and having local cooking foreign dishes and immigrants cooking “traditionally Singaporean” dishes.

Nobody knows you are a cat on the internet. View all posts by Merlin →