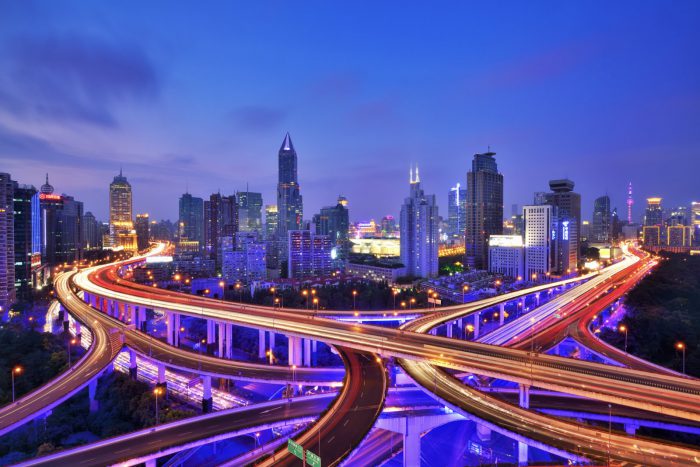 As my project proceeds, I need to dig deep to understand what is the importance of urban screens and how does it affect the environment, society and the people who interacts with it. What is considered an urban screen? What are the limits and boundaries?

Urban (extracted from dictionary.com)
adjective
adjective: urban; adjective: urban contemporary
in, relating to, or characteristic of a town or city.
“the urban population”
“hip-hop’s traditionally urban vibe”
Screen (extracted from dictionary.com)
noun
noun: screen; plural noun: screens
A flat panel or area on an electronic device such as a television, computer, or smartphone, on which images and data are displayed.
“a television screen”

URBAN SCREENS defined as various kinds of dynamic digital displays and visual interfaces in urban space such as LED signs, plasma screens, projection boards, information terminals but also intelligent architectural surfaces being used in consideration of a well balanced, sustainable urban society – Screens that support with their content the idea of public space as space for creation and exchange of culture, strengthening a local economy and the formation of public sphere. Its digital nature makes these screening platforms an experimental visualization zone on the threshold of virtual and urban public space.

In the article ‘The Social Potential of Urban Screens’, Struppek questioned the ‘ability of screens to be expanded beyond dominating commercial use and instead, present cultural content for viewing purposes.’ She also questioned if the screens can become ‘a tool to facilitate an active urban community involving their viewers (inter)actively.’ Struppek explained that ‘urban screens can only be understood in the context of the re-exploration of the common space and the characteristics of the urban cities, built on a fair combination of uses and the notion of its dwellers as lively individuals.’ To elaborate, urban screens is seen to be creating and defining a whole new space in the city for the residents.

Struppek also explained that urban screens is a ‘mix of the use of common spaces for business and exchange with an integral cultural factoring responding to the health of an urban community: the screen presentation with a fresh perspective on encouraging the notion of common spaces as a place for creation and flow of culture and the creation of a common space using feedback and respond.’ She further noted that their ‘digital characteristics make the presentation an exploratory visualisation area on the limits of reality and digital.’ Lastly, Struppek suggested that ‘matching the messages, place and presentation style would direct the result of communicating with the viewers and also assist to reduce and deter noise and visual pollution.’

In support of Struppek’s view that urban screens have the ability to reshape the health of an urban society, Scott McQuire gave a Ted Talk titled ‘Urban Screen‘ where he noted that there are two things that are all around us: Cities and media. He explained that they become media city when they both come together and our social experience of space is increasingly defined by various forms of intersection between traditional urban spaces architecture, streets and different media platforms that intertwined with them.

McQuire starts to define public spaces and its functions and he recognised that public spaces are for: space of assembly, both physical and symbolical assembly. It could be for a political gathering or a festive gathering and it could be a place of research.

McQuire mentioned that public space is a space that is open to everybody but it is also a contested space where there are visible and invisible barriers to participation and belonging. Public space becomes a place in which we engage with others who are different. He believes that the role of public spaces is a space of encounter and an encounter with difference. He then linked it to how media have changed where the recent developments in digital media that have made the impact on public spaces much more pervasive.

McQuire listed how is it more pervasive:

He observed that what we seen in the last two decades is that different media platforms start to become entangled in material spaces and this brings together the affordances of public space which has the capacity to gather people together for embodied face-to-face interactions with the capacity of media technologies to extend on relationships to make connections across time and space.

Both Struppek and McQuire’s explanation of urban screens in public areas answers the question of ‘Why is this relevant?’ in my project

McQuire observed that the use of urban screens as a form of interaction and extending relationships is an attempt to challenge the current agenda and present to the masses that we have to reevaluate how we are using these technologies and platforms that can go beyond purely commercial. With these kind of ‘interventions’, there is a different kind of public space, different kind of public sphere and we can actually use these kinds of technologies as a way of reactivating, reclaiming public spaces and the kind of encounters that has been so important through the culture of modernity.

… we can actually use these kinds of technologies as a way of reactivating, reclaiming public spaces and the kind of encounters that has been so important through the culture of modernity. 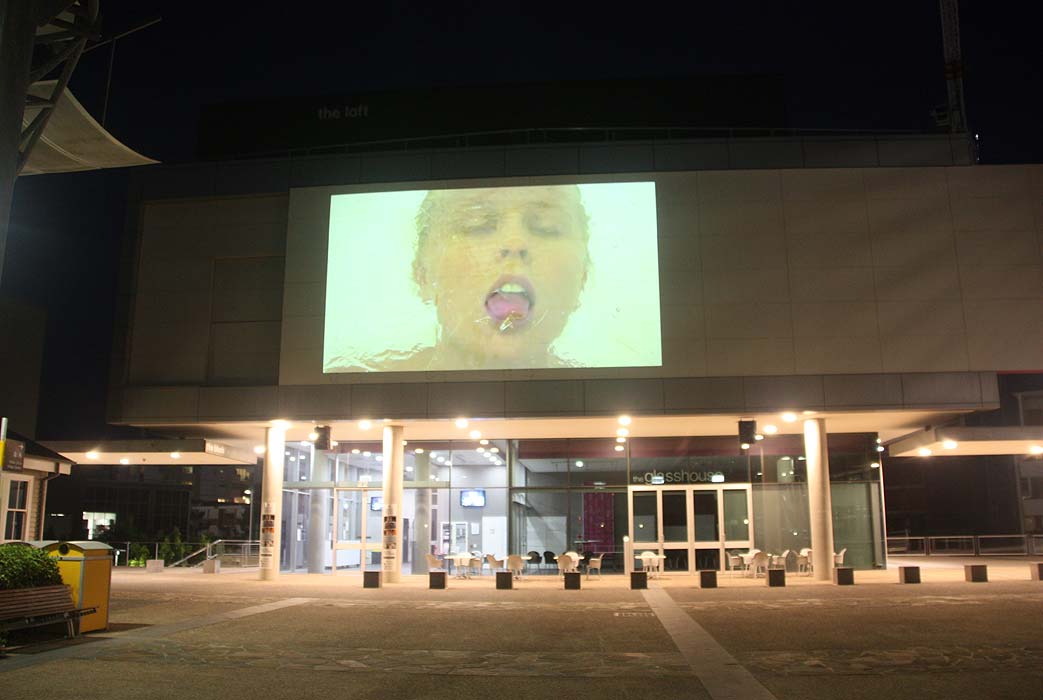 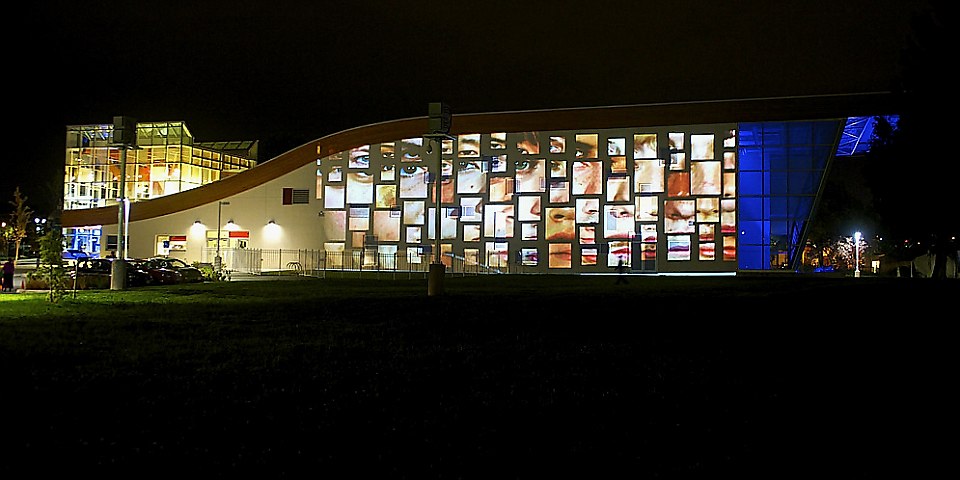 In an article titled ‘Urban Screens: Discovering the potential of outdoor screens for urban society’ by Media and Communication Professor Tore Slaatta, he highlighted that ‘buildings and digital media are converging and the former is transforming to a media infrastructure. He explained that the ‘content created for the screens are examined as a response to changing business and cultural thoughts about the connections between media and the community: a emerging tool and meaningful relation between constructed areas for symbolic creativity in the international visual communication sector and international city centres.’

Slaatta emphasized the importance of having urban screens in new architecture as the ‘variety of technological boundaries are currently explored in cross mixing of ideas for restructuring private and public places and presentations to a performance architecture subsumed in a digital city visual arena. He introduced the idea of ‘symbolic creativity’ where it is executed in spaces where the tangible structures intrigued the viewers to conceive the notion that the physical, cultural and social dissimilarity between the audience and creator is diminishing.’ Slaatta interestingly linked the idea of an imaginary condition to the film adaptation of Ronald Dahls novel, Charlie and the Chocolate Factory where both objects and the people in it have the ability to navigate between reality and virtual world.

The articles and input have led me to conclude that urban screens have the potential to harmonise, improve, re-create and encourage the coexistence between media, urban architecture and the city dwellers.