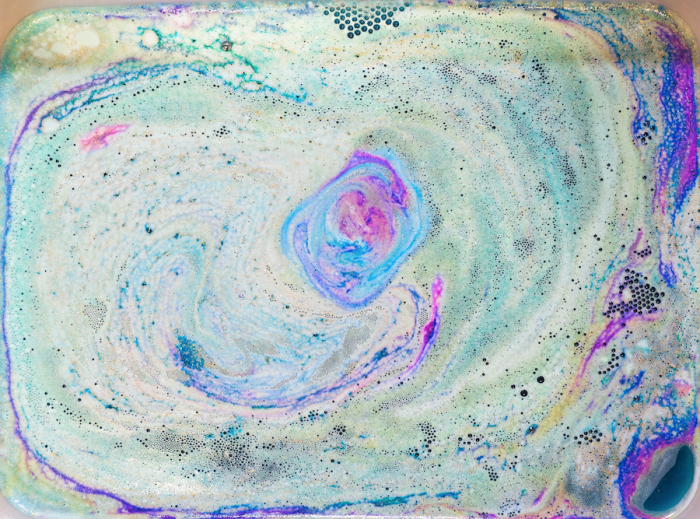 This week I bought another bath bomb. This time I got the ‘Intergalactica’ bath bomb. 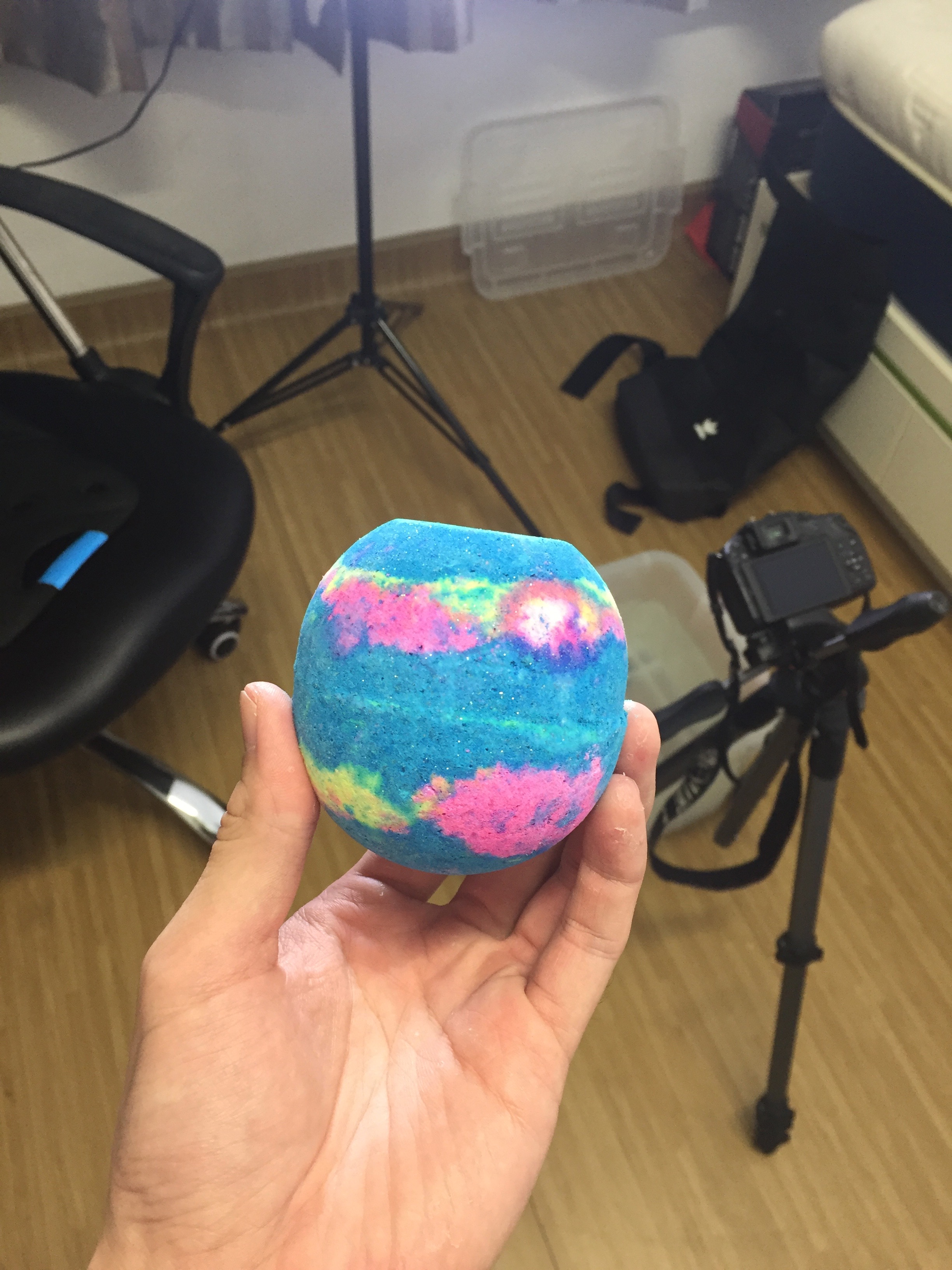 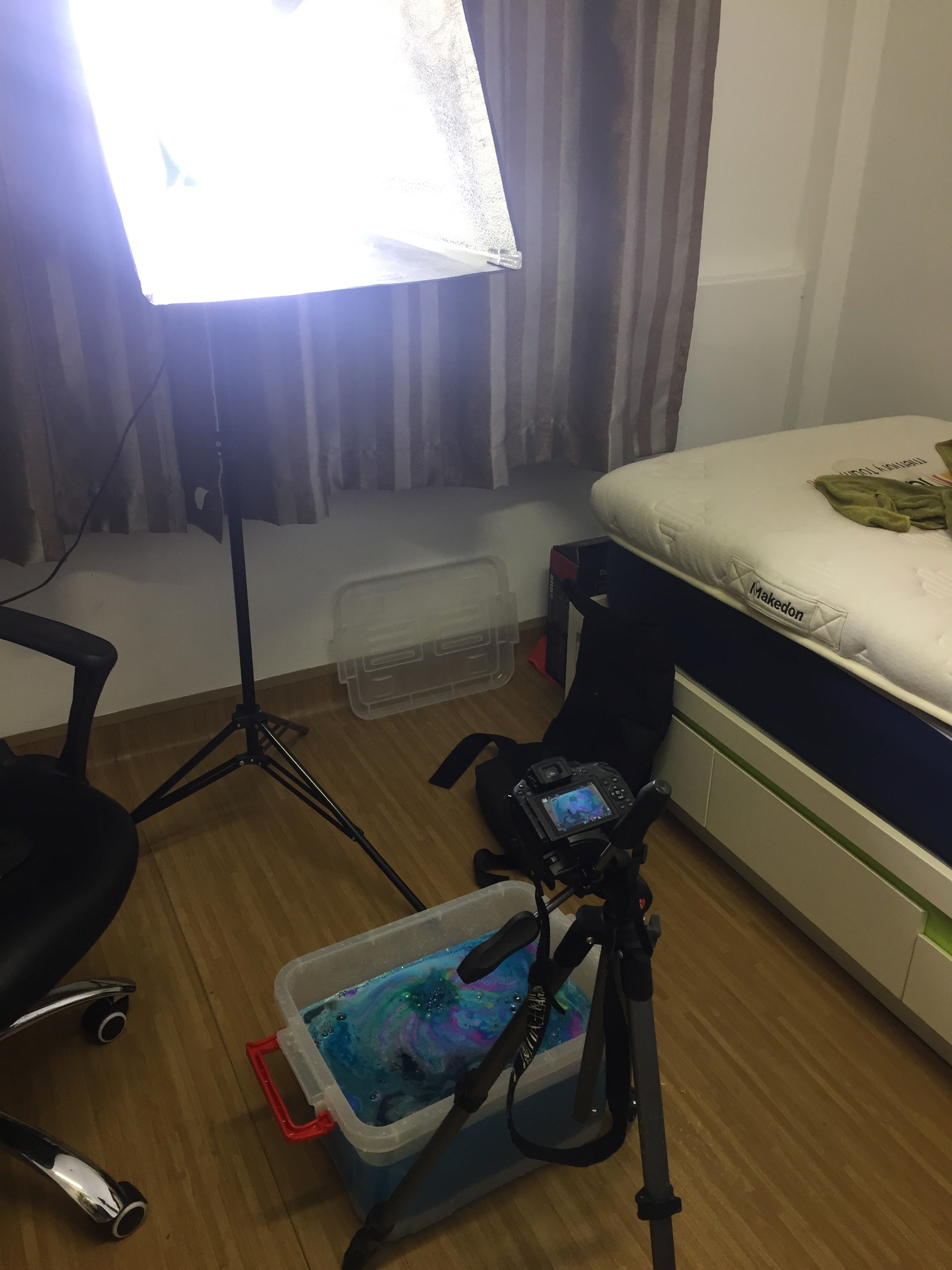 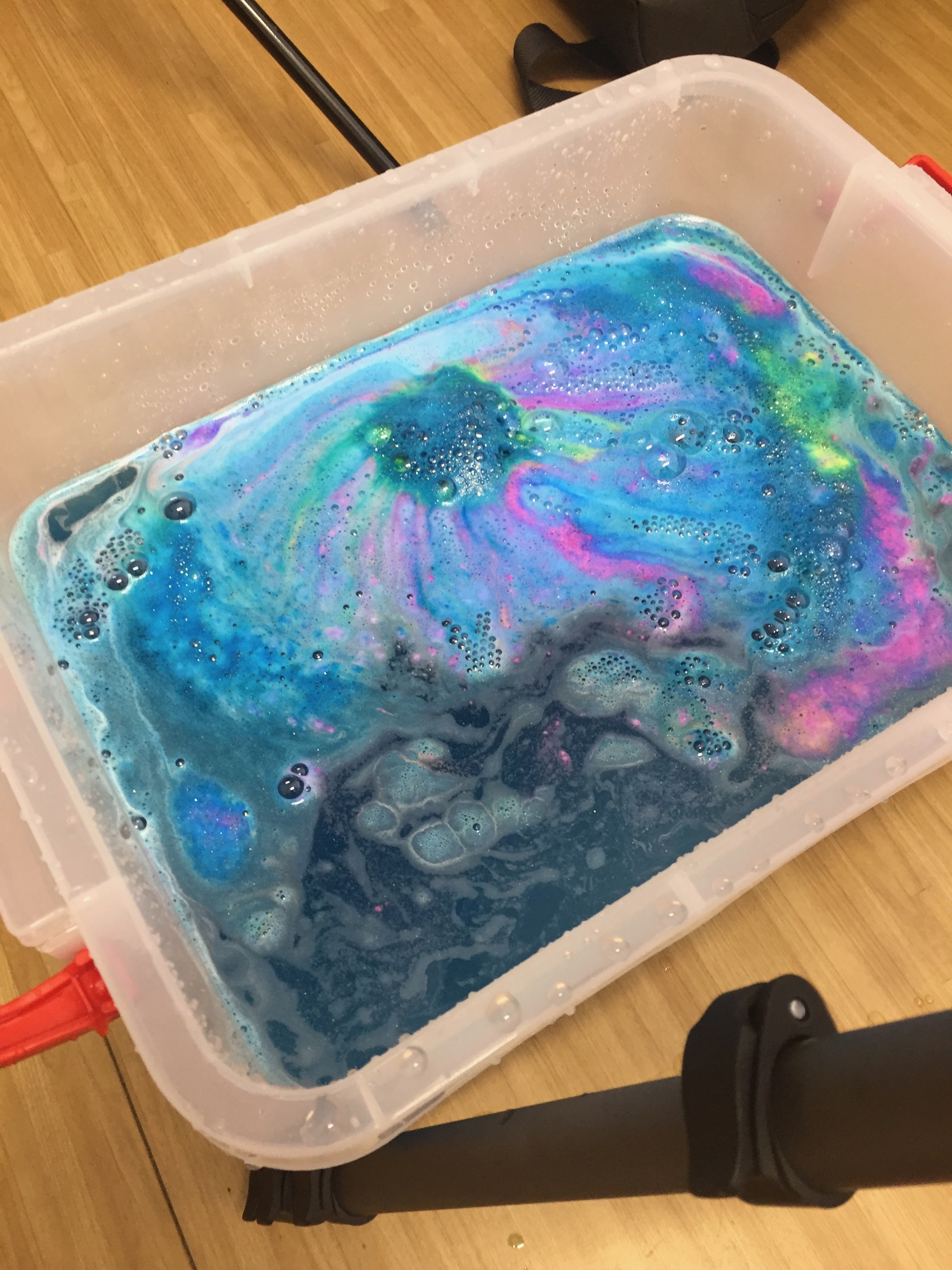 I prefer this bath bomb because the colours are much more pleasing and colourful.

I took some stills after it has completely dissolved. 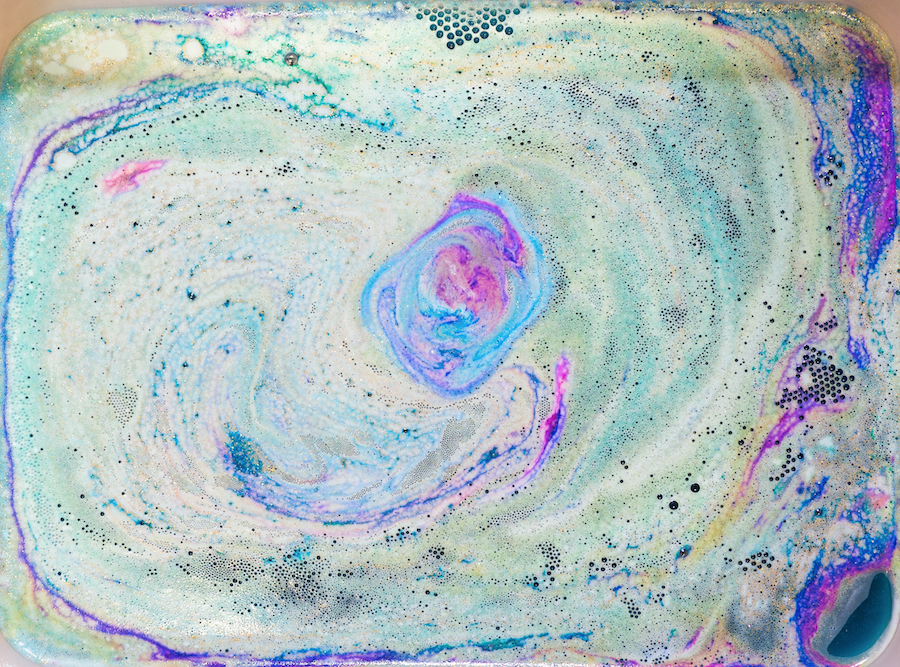 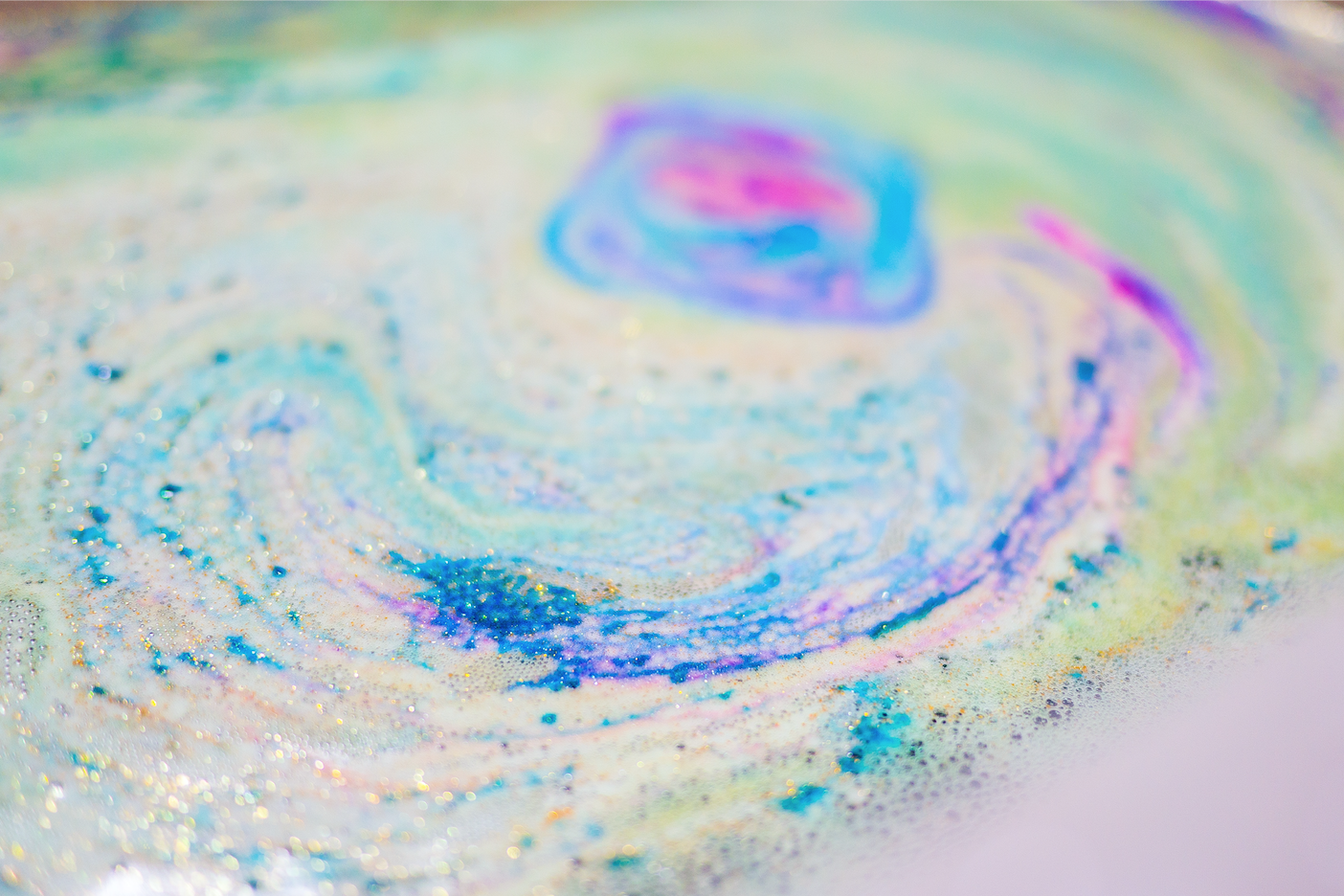 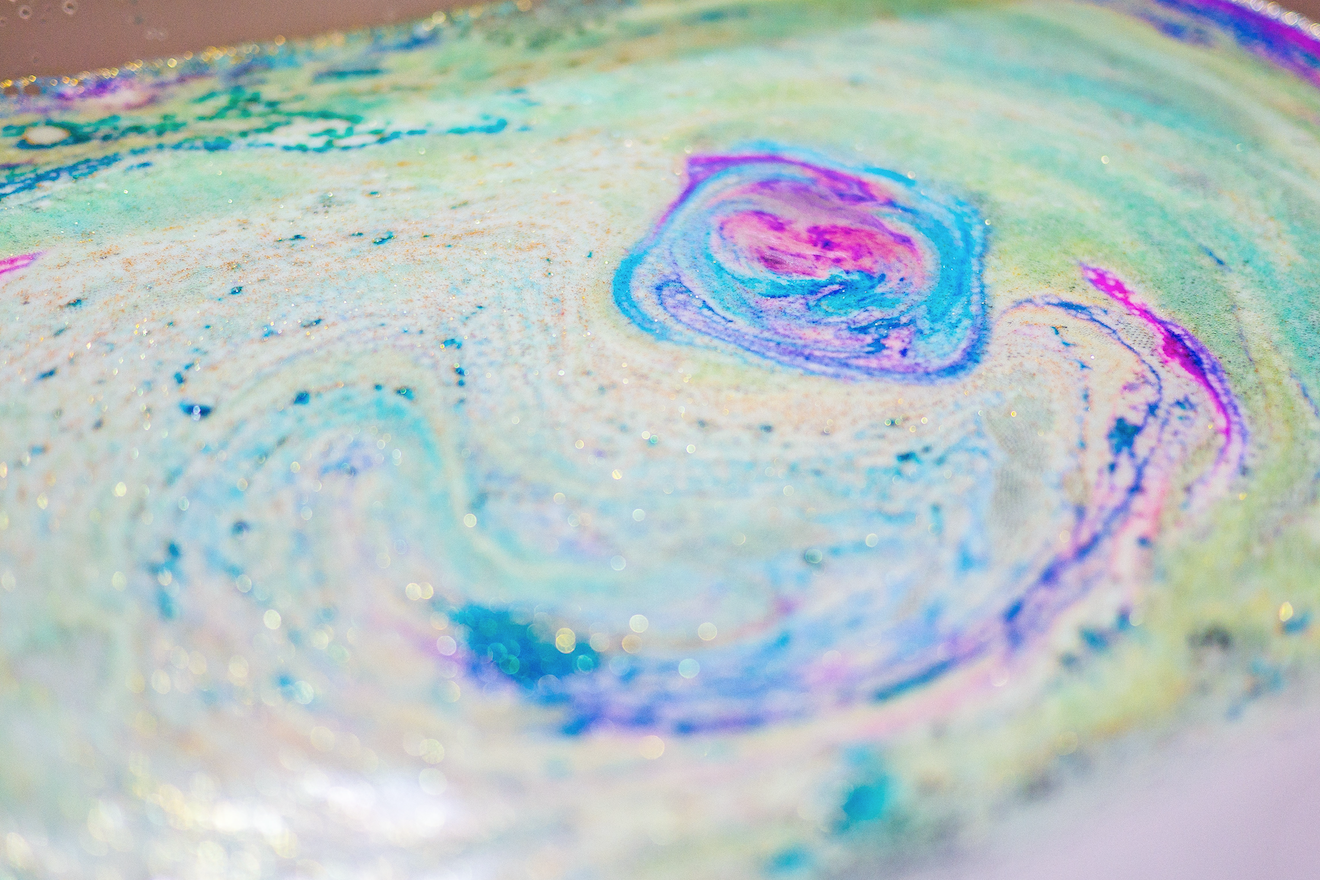 Throughout the filming, I tried blowing the liquid too with a hairdryer. 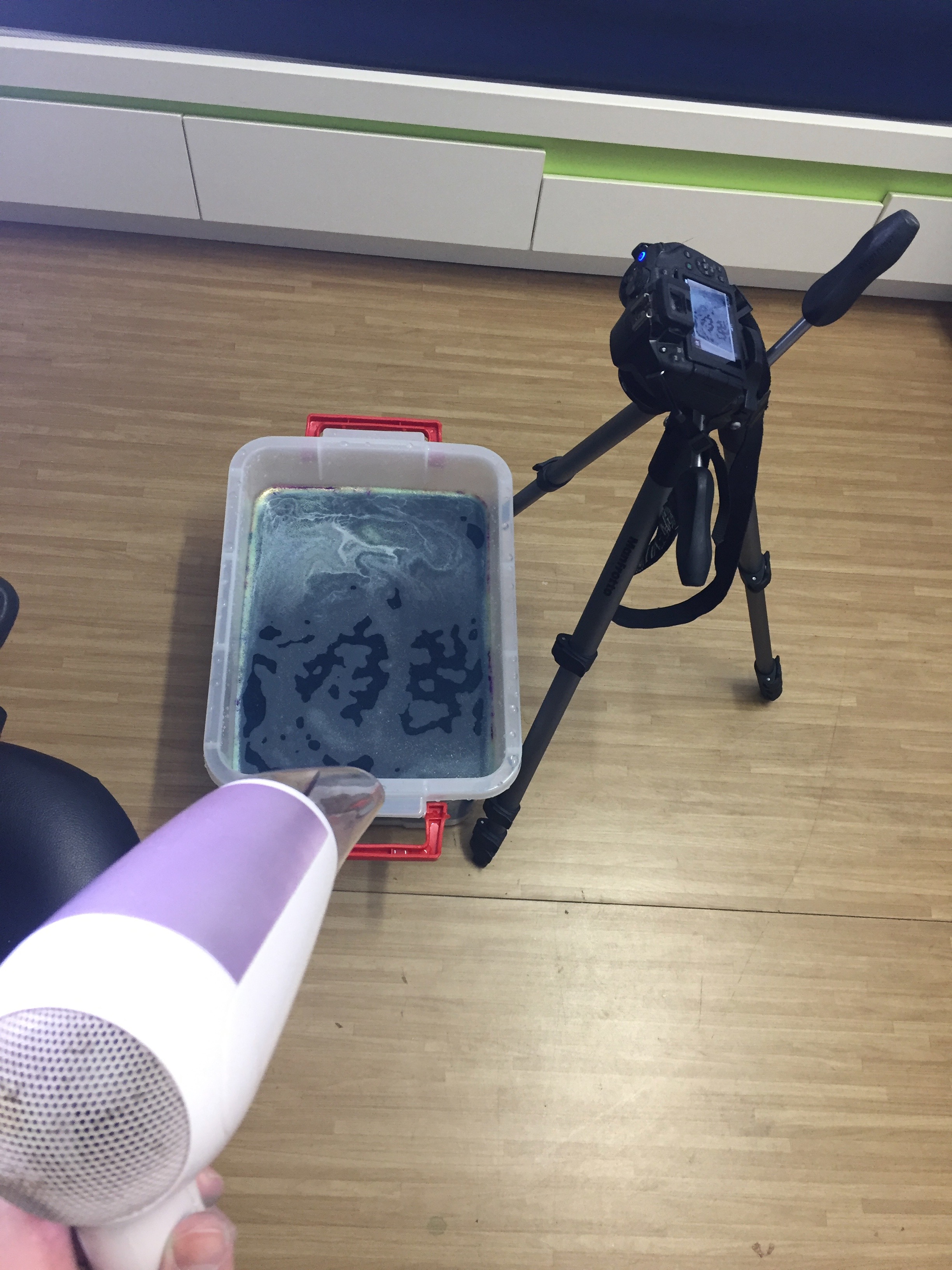 I tried inserting the stills into the long panel format.

I also tried to create visuals that help me to visual how the final look might look like.

After consultation with Ina and advice from my friends, we thought it would be better to drop the black frame behind the model.

I inserted the footage into Premiere Pro and adjusted the brightness and contrast only. The work in progress can be seen below.

In addition, I’ve chosen the music that I want to use for my visual. It will be a 2 minutes audio from

The music producer has given me the permission use his music. Thankfully, I managed to find an oriental looking friend and I will most probably shoot the model footage on recess week. 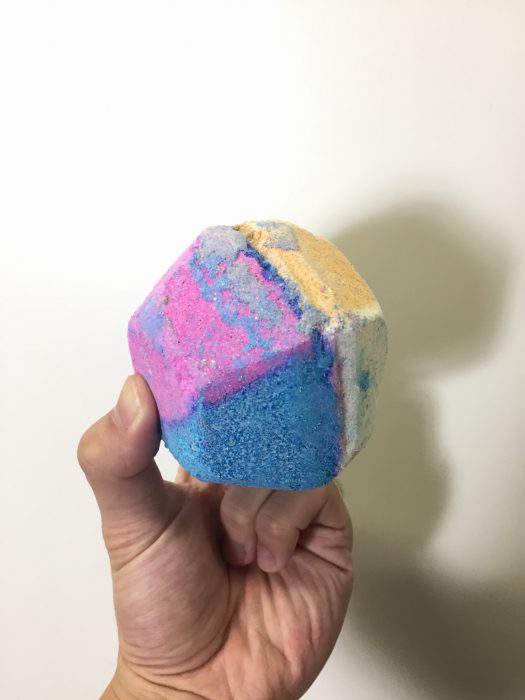 I started filming with the Lush bath bombs. Over the weekend, I searched up for bath bombs that are able to give off an array of colours when it is dissolved. I chose the ‘Experimenter’ in the end. 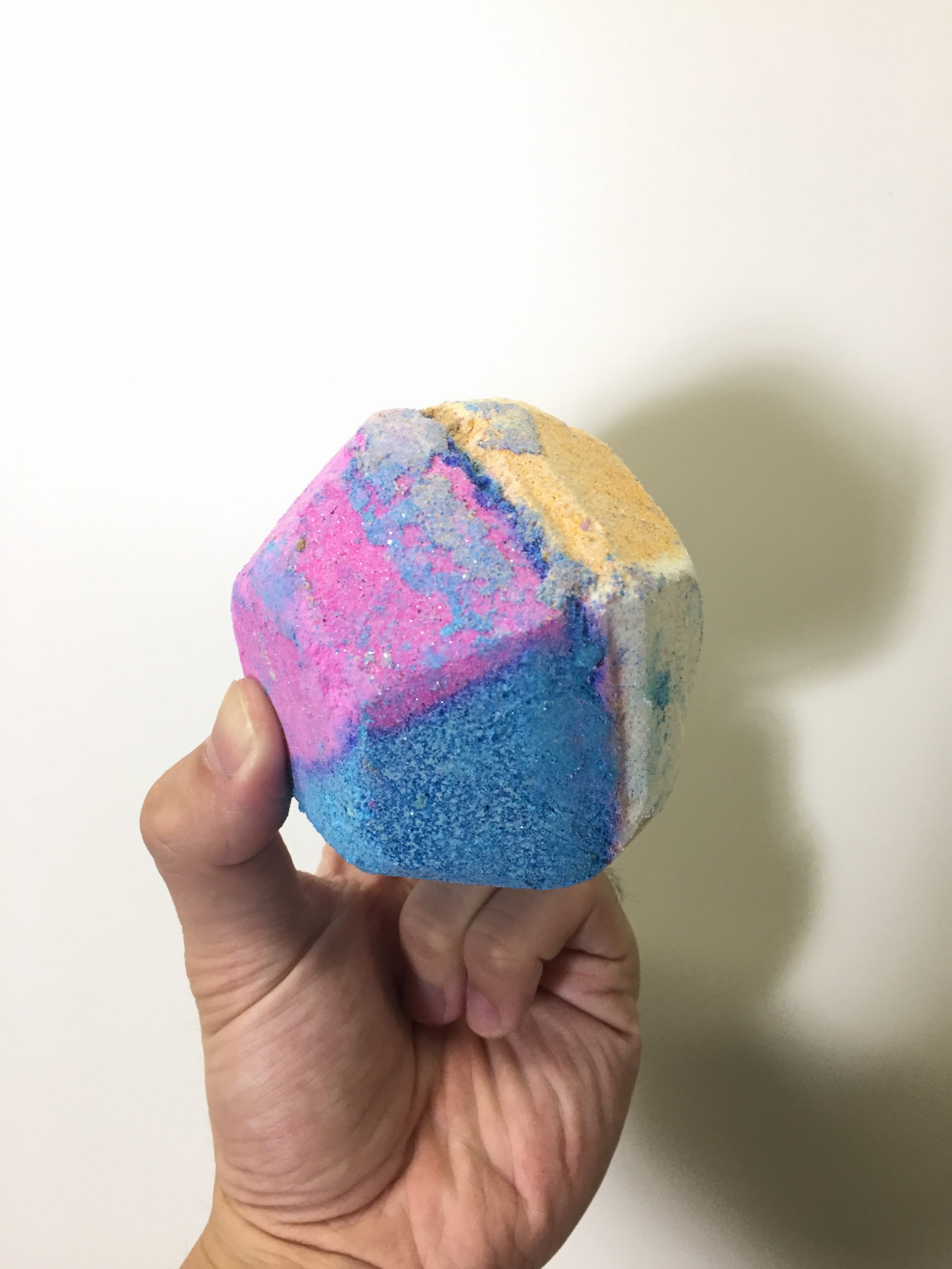 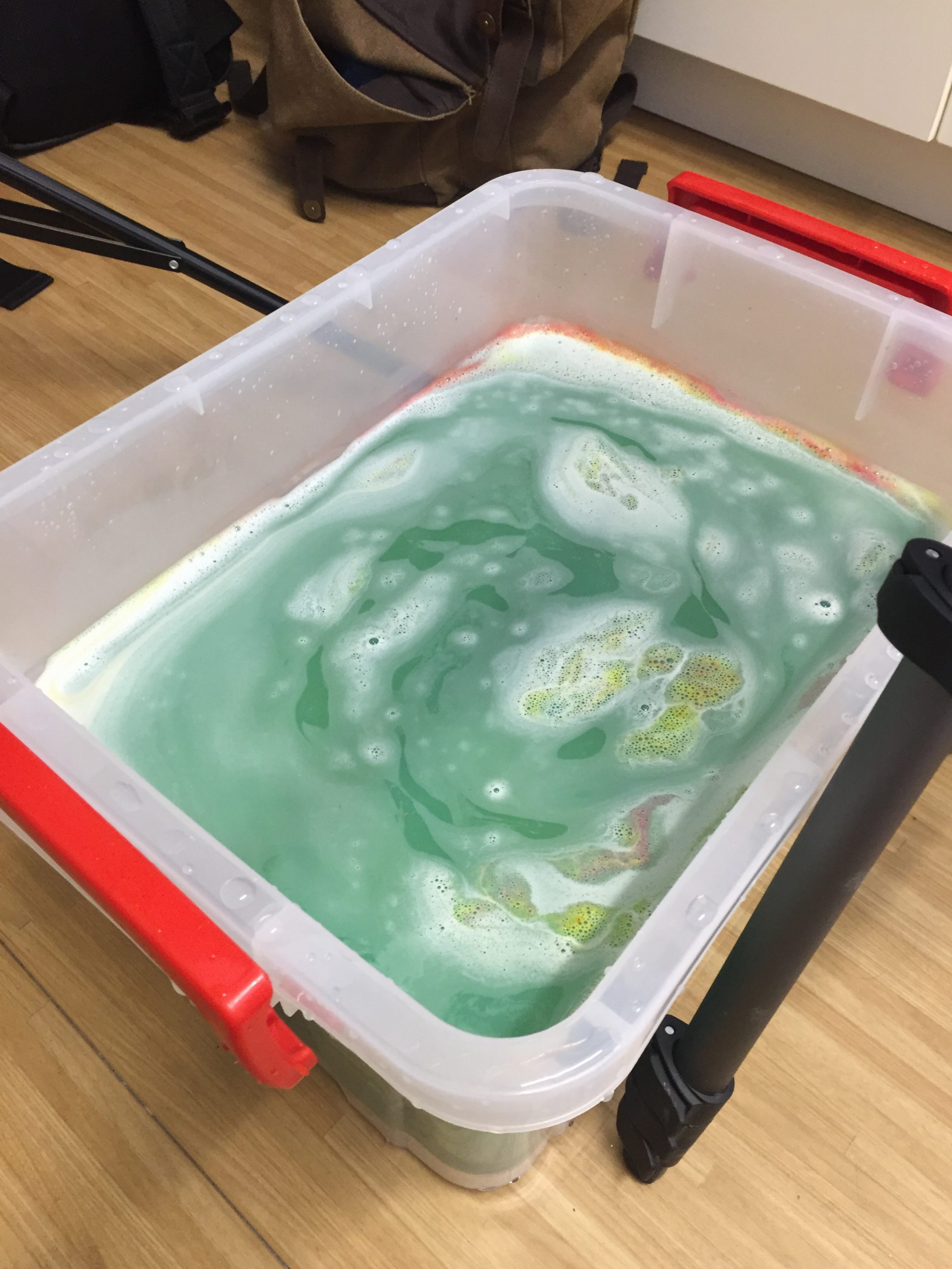 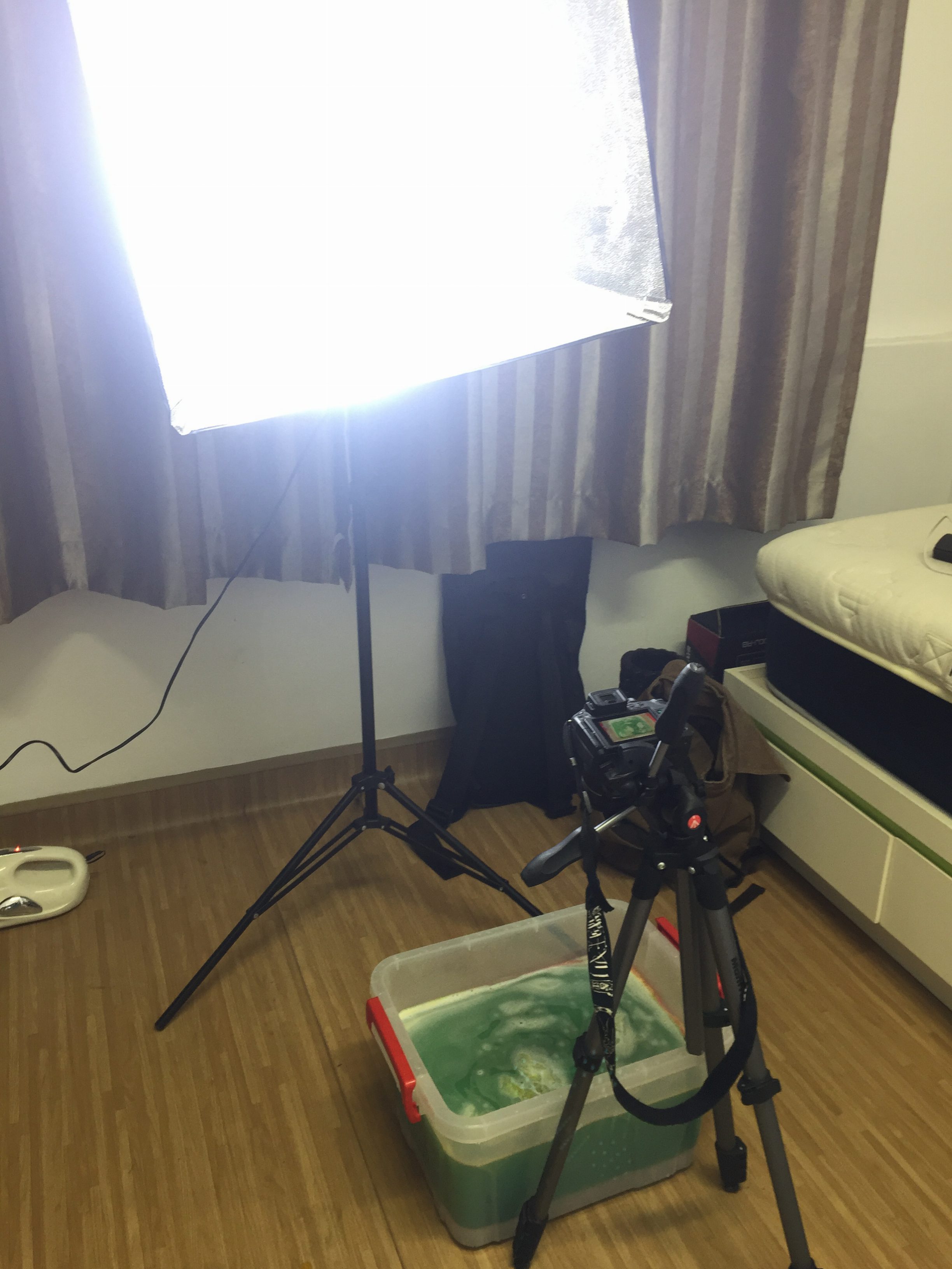 I got a small rectangular box as well because I cannot find a bathtub. I didn’t get a glass tank either because firstly, it is expensive and inconvenient to move around. Secondly, it does not affect the video results as the bath bombs would have covered what is underneath after a few seconds of dissolving.

I haven’t fully got to edit it but I did a quick color correction and cropping to roughly see how the product would look like. I slow down the video to 10% from 100% to gauge the look when it is shown on the long panel in North Spine.

I thought the green liquid looks a little off-putting so I tried changing the colours of the liquid. However, it depends on the theme of my video and if it fits, I will still stick to green.

The clip look a little blurry because I exported it in medium birate. But I will export it in high birate for the final video. I might need to adjust the FPS settings of my DSLR as it doesn’t look very smooth when I slow down the video.