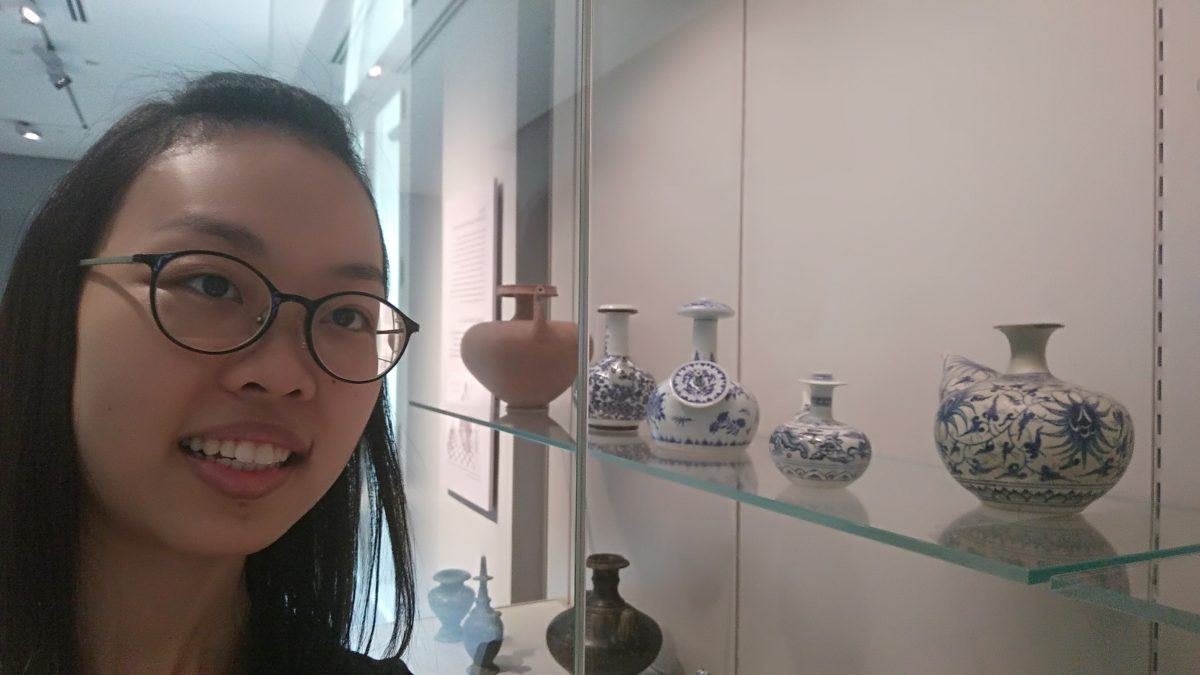 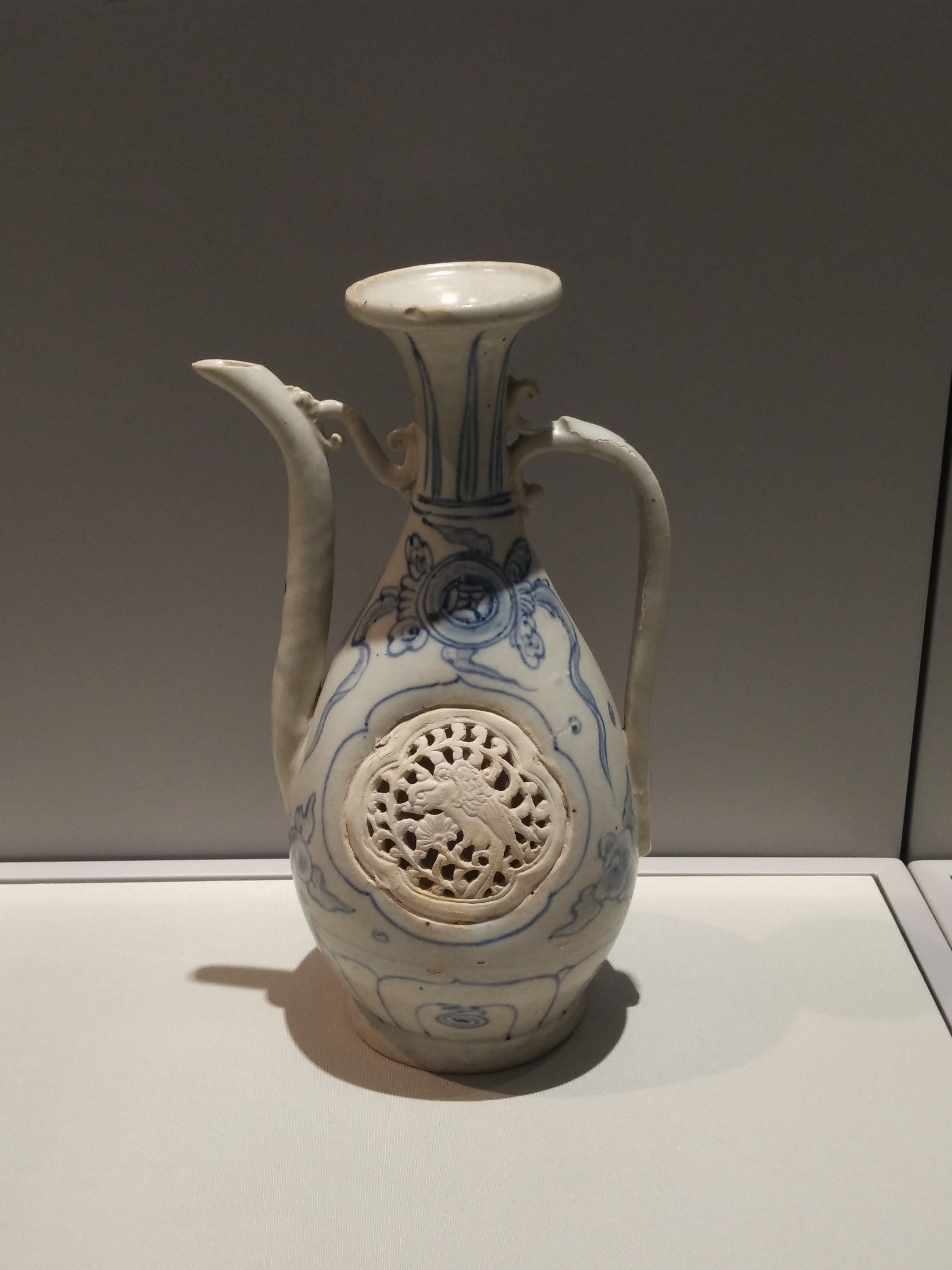 Ewer with parrot is a 15th century stoneware originating from Vietnam.

The stoneware has delicate line works painted in blue-and-white, perhaps a style inspired by the Chinese blue-and-white porcelain.

It possesses an elongated spout that reaches right beneath the rim of its head. The roundness of the rim resonates with the roundness of its belly that is situated at a height about one-third from its base. The position of the belly nearer to the base exudes a sense of stability and strikes a balance with the long vertical body of the ewer.

The spout and the handle appear as two parallel curvilinear rods. Both rods appear to have consistent thickness. While the spout is attach to the ewer’s neck with reinforcement provided by an interconnection using a small piece of s-like clay, the handle splits into a fork at its end and rests tangent to the opposite side of the neck.

At the belly, a patch shaped with four connected arches, resembling a four-petal flower, has been left unglazed unlike the other parts of the stoneware that were glazed in white. The matt surface of the unglazed portion stands out from the fairly glossy glazed surface. The unglazed portion has been treated through methods of piercing and engraving to depict an image of a parrot perching on a branch whilst being circled by foliage. The pierced gaps suggest that the ewer may have served the purpose as a decorative object instead of its preconceived function as a storage jug.