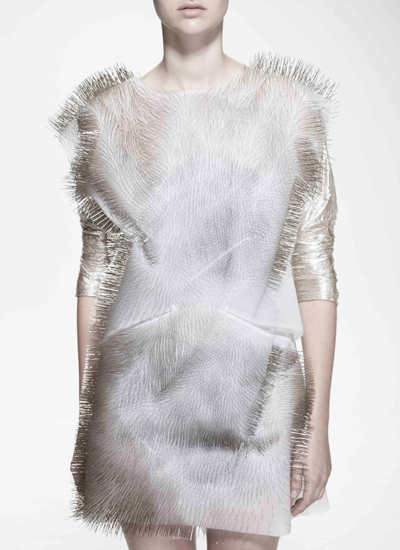 “It’s really more about a poetic concept of uncertainty than about the technology itself. For me, technology is a way of making my idea visible,”

Ying Gao uses the phrase “City Mouse” to describe herself, as she is deeply inspired by the city’s non-physical elements such as air, sound, noise, light, movement, and the human’s gaze.

(No)where (Now)here is an interactive art piece, presenting two dresses that react to the human’s gaze. This means that the project relies entirely on the spectator’s gaze for the slight movements of photo luminescent thread.

Inspired by the essay entitled “Esthétique de la disparition” (The aesthetic of disappearance), by Paul Virilio (1979), Ying Gao explores the idea of absence/presence and of disappearance in this project. 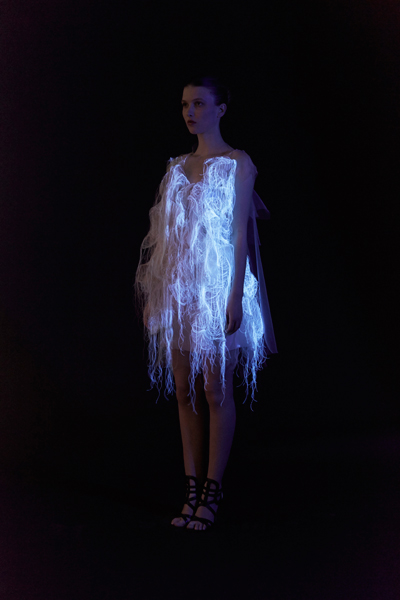 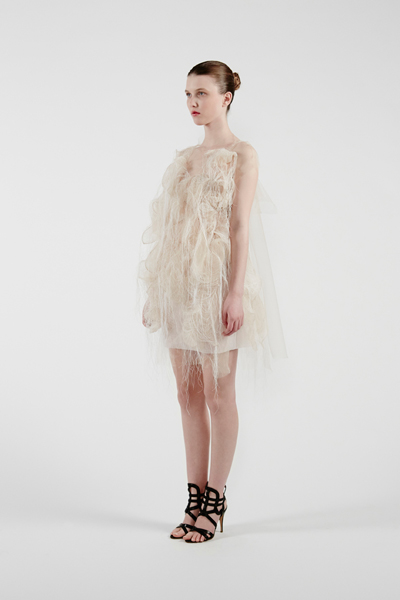 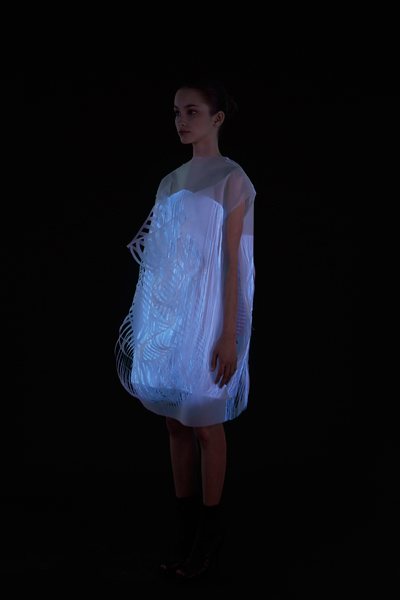 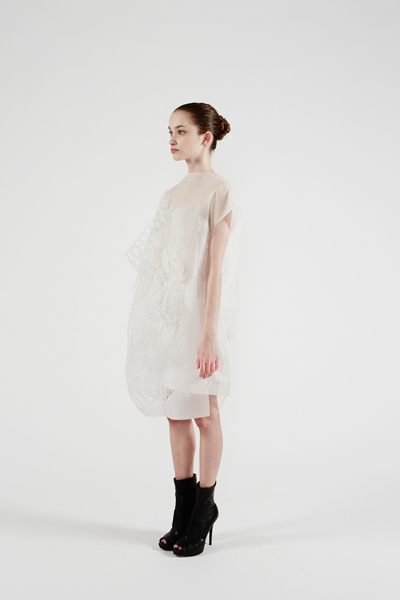 Incertitude represents the individual who worries about the future, thus, living in a divided present. It is a both a complicated and abstract work, where the clothing reacts only to the human voice.

This interactive garment is made of PVDF plastic, dressmaker pins, and electronic devices. The metallic fabric fringe is able to sense and respond to the wearer’s voice. Interacting with its environment, the motion generated by sound creates a wave-like ripple in the garment, causing it to contract and expand the entire outfit. 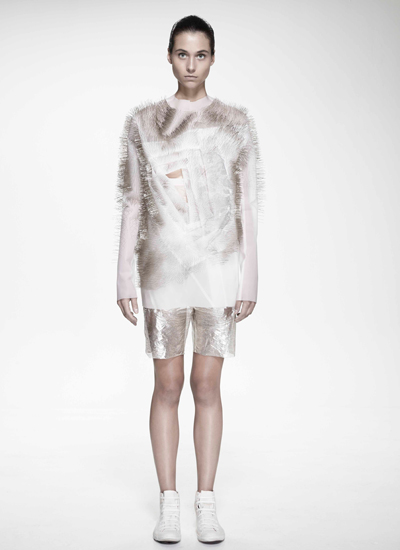 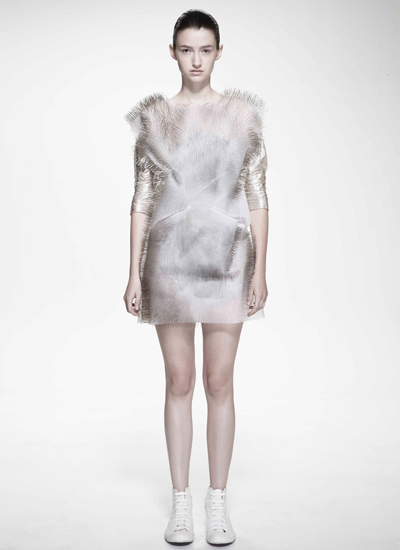 While Ying Gao works on her idea of creating the sound activated clothing, whereby both garments are activated by the spectator’s voice, she had to work with the engineering of the sensors carefully, to capture specific frequency of the human voice apart from the general sound. One problem that occurred during the making of the garment was that the sensor could not react to all types of voices. Ironically, an example of a voice that the sensor could not react to was Ying Gao’s voice, but that did not deter her from making her work a success.

All in all, I feel that Ying Gao’s works relies heavily on the audience’s participation. If there are no audience to stimulate the sensors with their gaze and voice, the work will appear meaningless. Therefore interaction is a very important factor in the invention of wearable technology. Similarly, the choice of material plays an equally important role in both function and appearance, such as the dressmaker pins which gives us the impression of a prickly armour – tense when the garment contracts and alarm when it expands like a puffer fish.

Open source technology has not been used directly with the garments, but used to document and distribute the designer’s idea and images of her creation globally. This allows us to gain new knowledge from sources and include them in our research work when we search on relevant topics online.