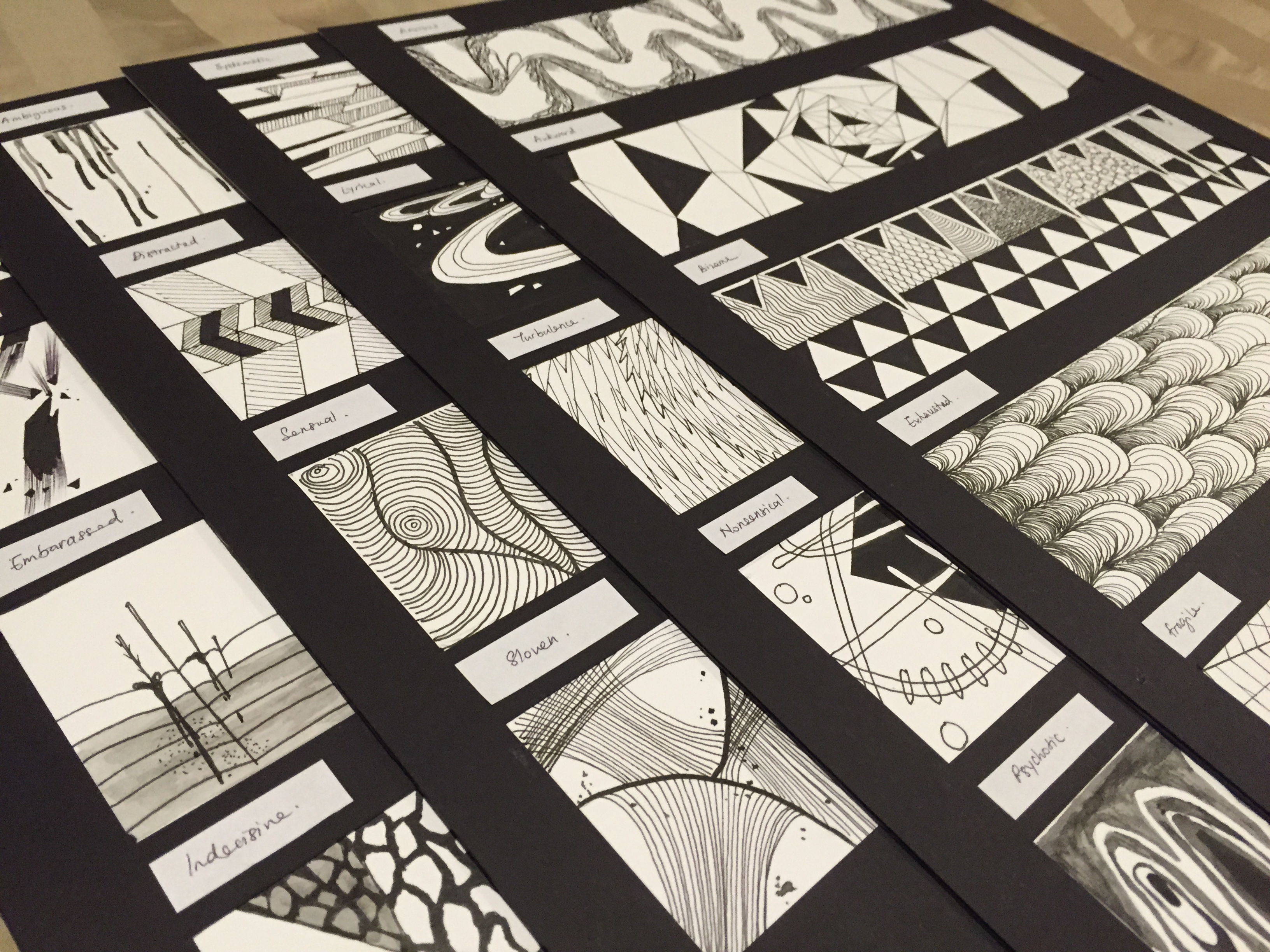 My concept of expressing these 18 emotions was heavily inspired by how the physical body reacts and feel in coherence to evoking them. For instance, when you’re anxious, you tend to scruff your hair, grit your teeth, bite your finger nails, your cheeks would blush and you might have that tingly, uneasy feeling in your skin. With these reactions in play, I have portrayed them with the simple use of lines, shapes and tones. Below are the designs elaborated further: