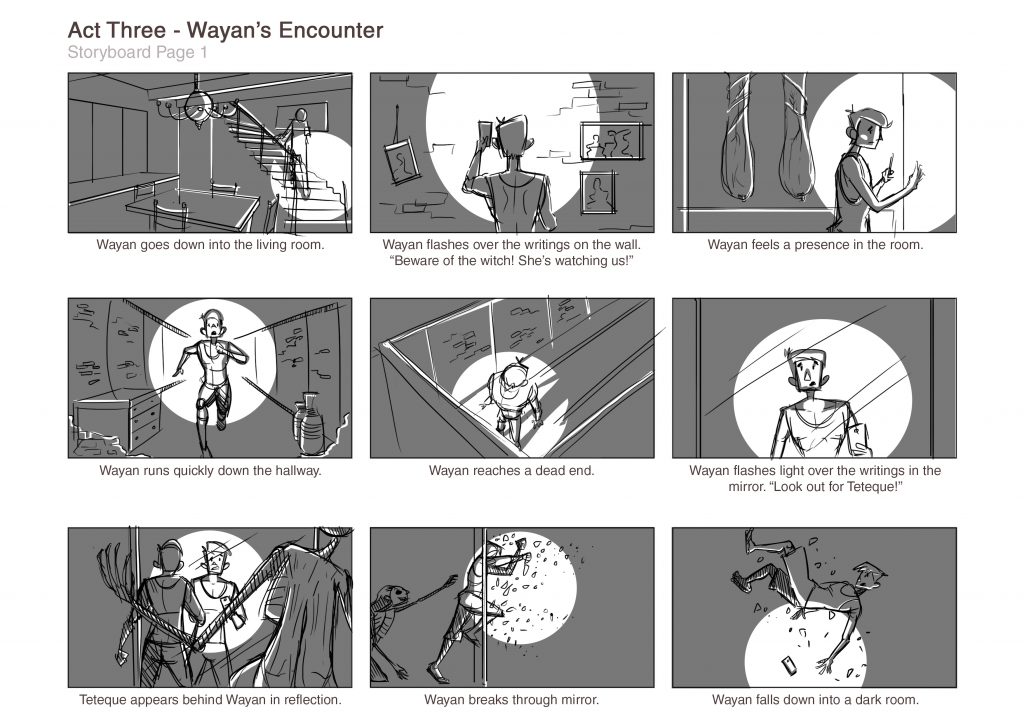 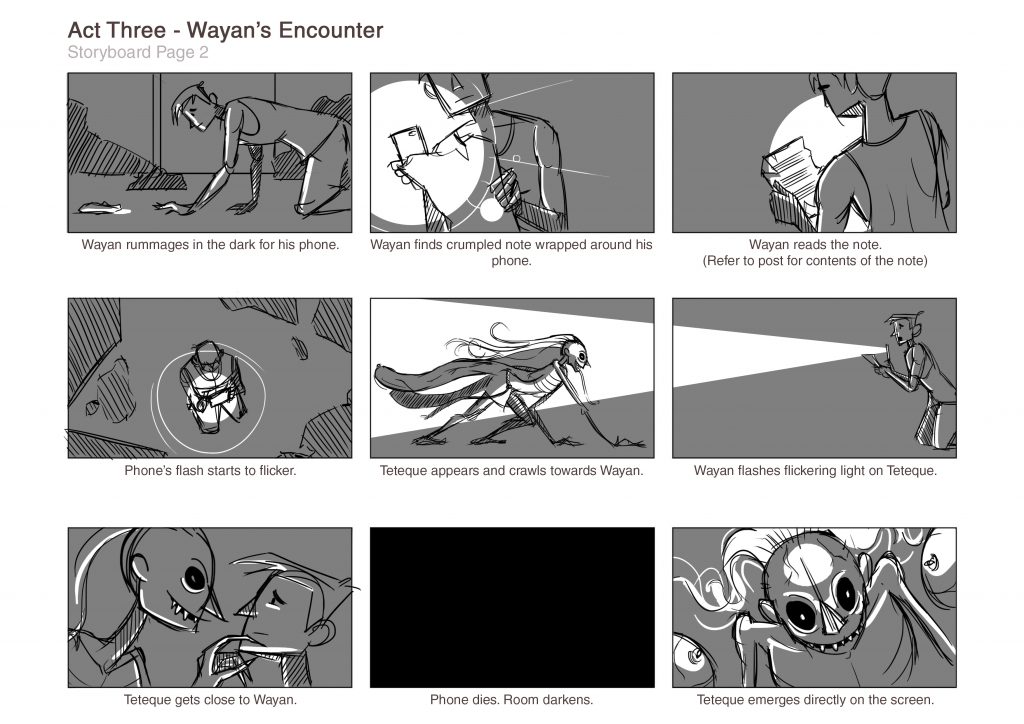 As Wayan made his way down the dining room, he flashed over the writings knifed to the walls. One wrote “Beware of the witch! She’s watching us!” and another wrote “Her insatiable bloodlust! Hide the men and protect the children! For it is them she seeks!” The writings sent chills down Wayan’s spine. The air was cold but he was sweating from his palms and feet. He then sensed a presence in the room. It was almost as if someone was heavily breathing down his neck. Without looking back, Wayan raced into the halls as fast as he could.

He soon reaches a dead end where he could no longer distinguish right from left. Wayan turned his flashlight on to reveal a huge mirror that impeded his way. The mirror was covered in bloody fingerprints and a finger-painted writing that reads “Look out for Teteque!” And at that moment, he realized that he has trespassed and led himself into the den of the monstrous demon that brewed fear in the villagers. As he took his focus off the writing, he spotted a vague reflection of a boney old lady with piercing red eyes standing behind him. With sheer force, he immediately breaks into the mirror and ran to find an exit. He could hear her grunting while she chased him down.

Wayan quickly entered a dark room and locked the door behind him. He was breathless from all the panic that struck him and fell to his knees. He teared at the thought of him being hunted down by Teteque before he could make his way out of the endless labyrinth. He reached into his pocket for his phone but mysteriously found crumpled paper packaged around it instead. He unwrapped the paper and hovered his phone over the contents of it to unveil a note. It reads:

“To whom it may concern,

The Missus killed the Master today. He was a good man. He never meant any harm. He treated me with respect unlike that old cunning bitch! She never gave him what he deserved. And I was simply repaying his kindness. I loved him. And he loved me. I was bearing what was ours. She took it away from us. She left me bleeding next to his dead body. So I killed the Missus before she could take off. She was not a good woman. I lost everything. So help me, Lord. Let me find what I have lost for not another moment is worth living if I am already dead inside.

There was nothing more to it. Wayan could not believe what he just read. There was nothing but vengeance blanketed under its tone. His phone started to shut off. And as his light flickered, Wayan realized that he was sitting next to a skeleton all this while. Just before his light died off, he came face to face with the demon Teteque, What was left of this misfortune was Wayan’s unfading scream which slowly echoed through the walls of the manor.