Jennifer Ringley, an undergraduate from Dickinson College in Carlisle, Pennsylvania, started a broadcast of her daily activity on the internet called Jennicam, consisting of videos and images captured on several webcams that were placed in different parts of her dorm room in 1996. What seem to begin as an innocent form of self-expression soon turned into a global phenomenon when her broadcast was able to reach a worldwide audience, garnering 7 million viewers daily. Jennicam went live 24 hours per day, and every day for seven consecutive years before she decided to shut it off and disappear. 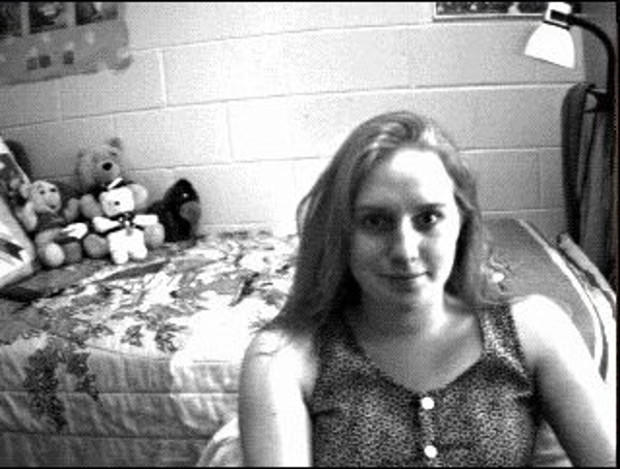 ‘First image that was believed to be caught on Jennicam’

The things that were portrayed in Jennifer’s broadcast were mainly activities that she does on the daily such as doing the laundry, watching the television, changing clothes, sleeping, and even intimate sessions with her partner. The broadcast however still runs even when her apartment was empty in cases where she was not at home. When she went on the the Late Night Show with David Letterman, she mentioned how she got inspired by the Fish Tank Cam and thought that if people were to view human beings in a similar setting, it would be much more interesting to watch. She also brought up how a viewer was glad to be watching her when he happened to be stuck at home on a Saturday night, where seeing her do regular things allowed those who were watching to relate with her and, in a sense, feel included in her narrative. 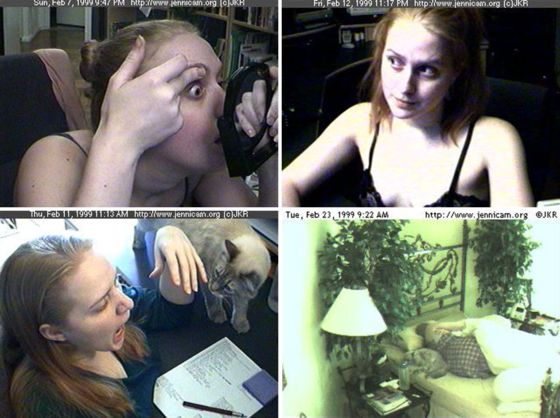 When Jennifer started broadcasting on jennicam.org in 1996, the refresh rate of her webcam video feeds were much slower due to the fact that users were in the era where internet connection could only be retrieved via modem or dial-up. Images would lapse in 15-minute intervals which did not give the viewers a smooth transition between activities that were caught on camera, unlike how it is now where live broadcasts happen in real time allowing us to react in the moment to certain things that we see online.

Although Jennifer was ecstatic about the idea of documenting her everyday movement and allowing anyone who has access to the internet to watch her carry out her daily activities, I see it as a disadvantage for her knowing that the privacy that she had was no longer hers. This made me ponder on the issue of how we are all now, living in the digital age, are so willing to share our personal information and perhaps some of our most intimate and private moments on the internet. Often at times, due to the rise in social networking and social media sites, we become blind to the repercussions that are entailed to the things we post daily. I see that the shutting down of Jennicam could possibly be a step taken by Jennifer to reclaim her privacy after realizing how overwhelming it is to have the whole world constantly watching you at the convenience of a webpage. And at some point, I feel that I would arrive at the same conclusion of wanting to reclaim every trace of personal information that I have shared online. Our privacy is no longer ours!