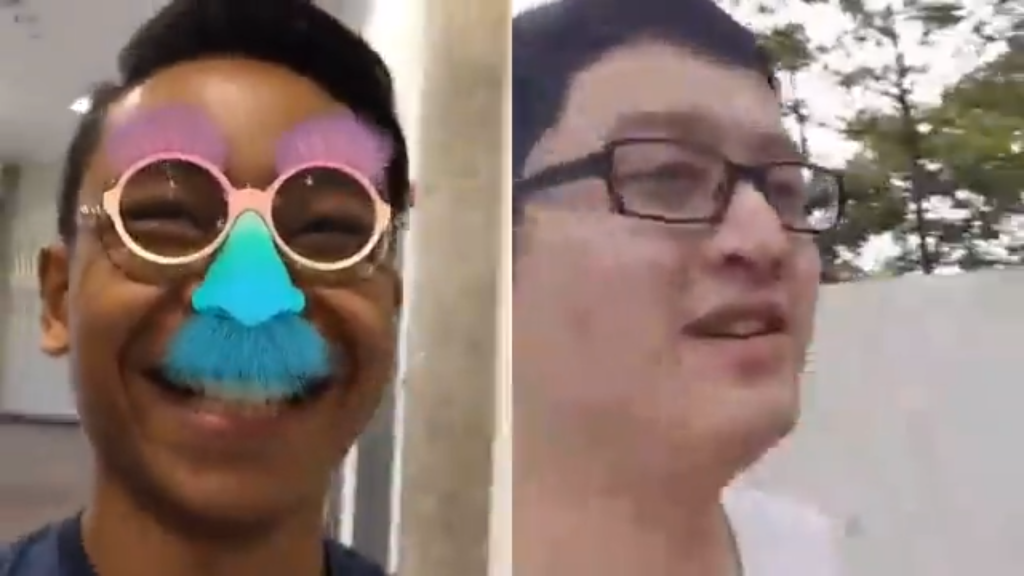 The co-broadcasting experience has truly opened my eyes to new possibilities in the way I approach online broadcasting. It had similar attributes to the online stream we have done in OBS several weeks ago with being able to have somebody else’s video feed sharing the same space as ours on our desktop. However, what makes it different is that with the co-broadcasting split screen feature that comes with Facebook Live, it allows both parties, coming from each other’s remote spaces, to share the same screen and have a two-way communication, much like if you were to do a video call with someone except that this time round, you both get to interact with an online audience.

It is amazing to see how the co-broadcasting exercise brought about the ideas of synchronized movements, screen montages, video mosaics as well as cross-streaming. What me and my teammate, Win Zaw, found interesting from our co-broadcasting test was the latency in the audio feedback when we decided to film within close proximity. Towards the end of our broadcast (at 10:50) while we were walking side by side to return to class, we started talking and whistling. That was when we realized that the lag in our audio feedback created an entrancing echoing effect in our broadcast. It was almost as if we were making music.

This has pushed us to try out different possibilities with co-broadcasting. For this week’s lesson, we will be delving into having our phone cameras capture the same subject/object from different perspectives and having them played concurrently.