Voila! Here are the final images for my 4 Typographic Portraits. 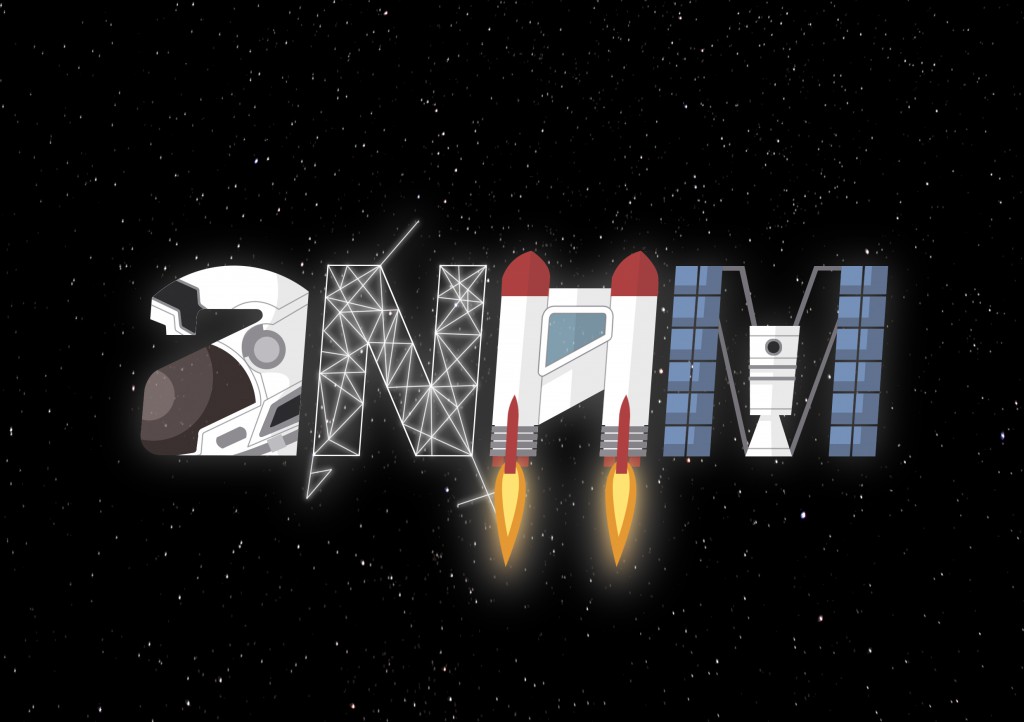 And I am an Astronaut. 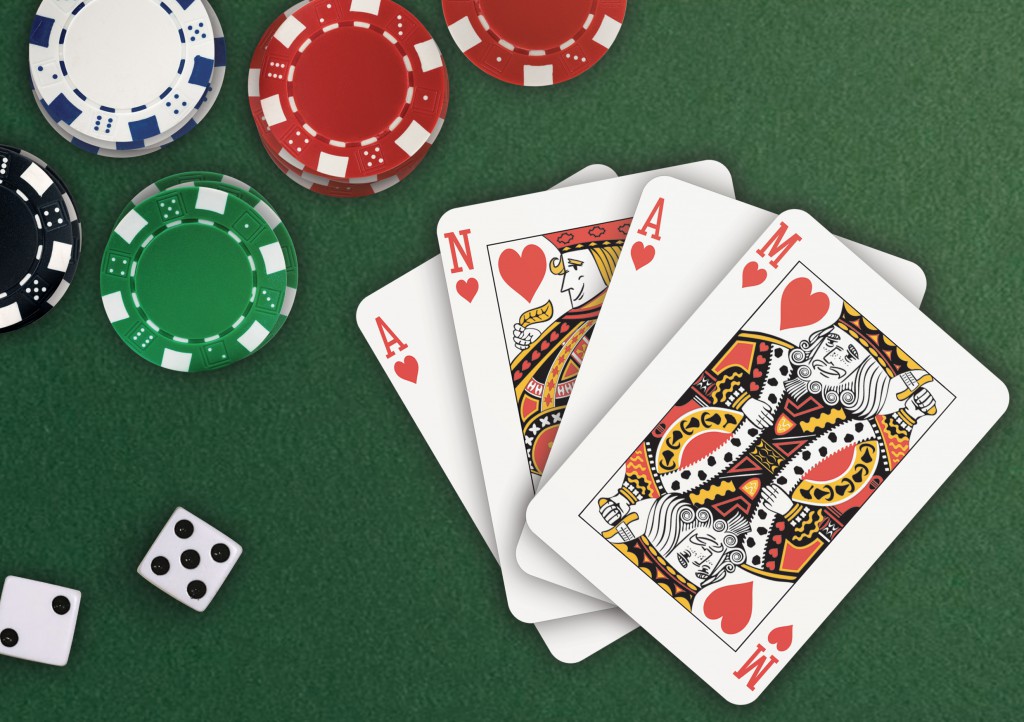 And I am a Gambler. 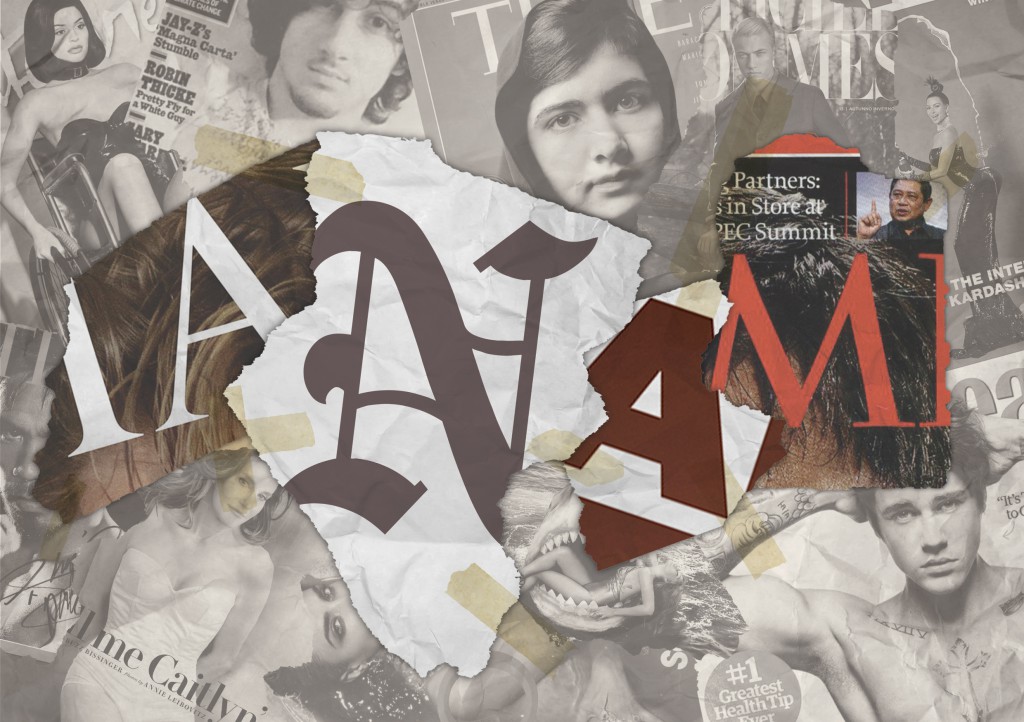 And I am an Editor-in-Chief. 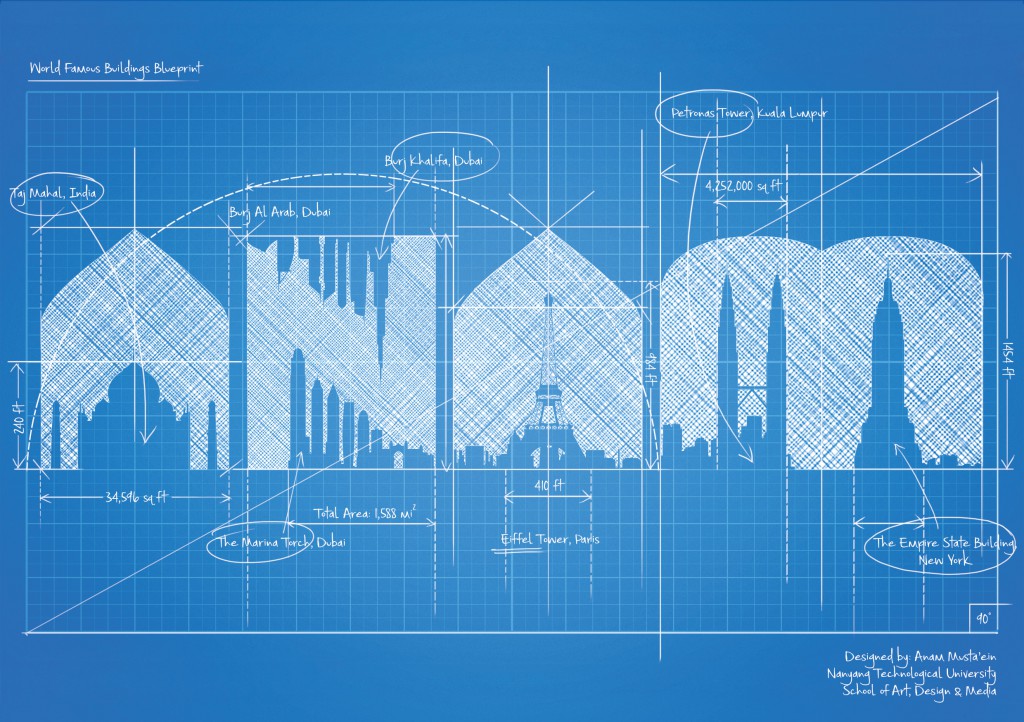 And I am an Architect.

The ideation process was key to how I was able to diversify my styles in the 4 final designs for my typographic portrait, all of which were entirely worked in Photoshop. As mentioned in my research, I did not wish to maintain the same boring style throughout like how I did for previous projects. I wanted to do something out of my comfort zone. After all, I am all about experimentation. 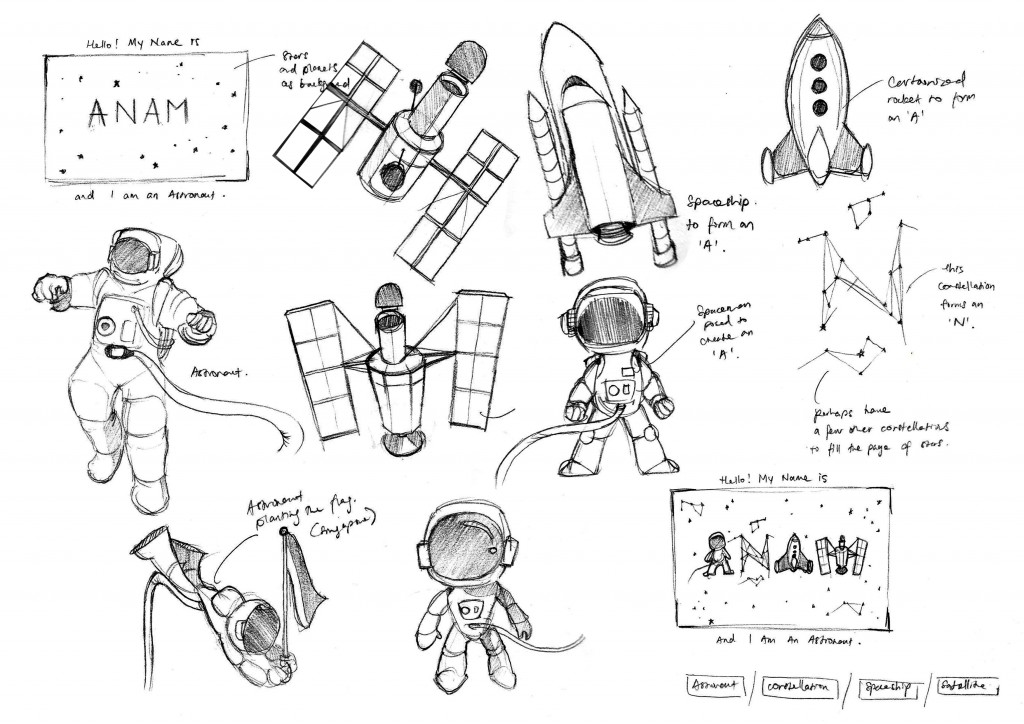 For the Astronaut idea, I aimed to go for a playful and sleek look to my illustrations. I wanted the typeface to be fused with astronomical features so I began drafting out rough sketches to see how they could be incorporated in my typography. I took a lot of inspiration and references from Ralph Cifra so that I could create something that is bold, easily identifiable (in terms of silhouette), but simple and clean. My sketches mostly consist of my attempts to force objects such as a satellite, an astronaut suit, and space shuttles, into my typeface.

Once I had a solid idea of which direction I was heading to, I began looking up for fonts that would best suit the characteristics of an Astronaut. It should be a sans-serif font since I wanted that “Space Invader” kind of look. So I finally settled with a font called Spaceport One. As seen from the image above, this is how I have constructed the composition. I altered the overall silhouette of the type and went to add on the essence of an astronaut with a dark starry background to complement the brightly-lit word. The ‘a’ is of a space helmet, the ‘N’ is of a constellation, the other ‘A’ is of a space shuttle, and the ‘M’ is of a satellite. I was heavily influenced by the works of SNASK. 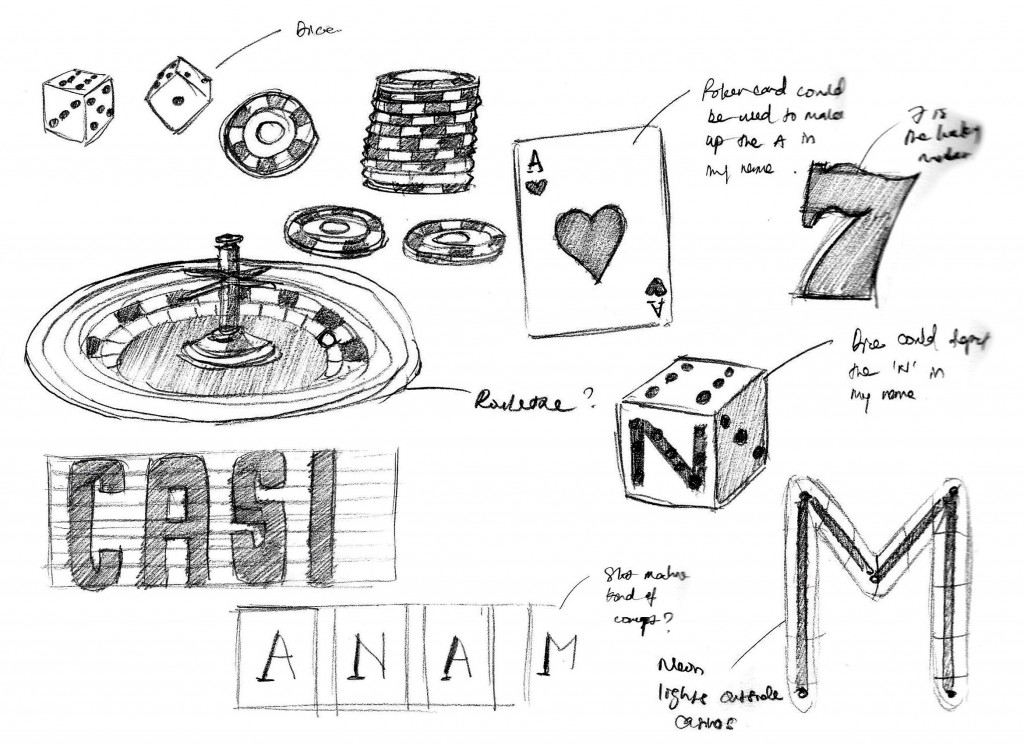 For the Gambler portrait, I had a casino theme in mind where all the objects should revolve around poker cards, poker chips, dice, roulette, slot machines and neon lights. I initially wanted to have different objects to represent each letter of my name but thought that it would be too similar to my Astronaut portrait. Then I decided to go with a style that looks more photo-realistic and more “in the moment”. However, I find the need to force my personal touch into it.

So I took a template of poker cards from the internet and alter the characters in these cards to look like my own. Much like how Mattias Adolfsson did with his illustrations. These characters are better representations of me, having a more friendly and jolly outlook. The Jack and King of Hearts were replaced with ‘N’ and ‘M’ instead to spell out my name in the deck. The difference is shown in the image above. The font used was

After getting all the source images in, I arranged them in a manner where it appears like I am playing the game. It is more of stacking the objects on top of one another, starting from the “carpeted” table top all the way to the realistic lighting. I added shadows to bring out the objects to focus.

The objects are arranged to be translated metaphorically, where the cards are what I have to offer (my personal strengths and attributes) in exchange for the reward of chips (success and monetary gains in life), while the dice represents the risks that I dare take to accomplish and win the game. The cards take a heavier portion of the composition to show that no amount of rewards could overwhelm my qualities (staying true to oneself and not sell out).

When you think about an Editor-in-Chief, you think of somebody in control of what he/she does and what he/she wants their readers to see or read. Power and influence com to mind when I was generating ideas for this typographic portrait. And what could be more powerful and influential than the massive number of highly controversial magazine covers of our time. I have pieced up and made a collage of magazine covers that has trended and became the hottest topics of discussion among the youths of our generation, be it good or bad. I have adopted the style of Hannah Höch of photomontaging for this piece of art.

Upon compiling the magazine covers, I made cutout templates with the effect of ripped paper for the images and arranged them in a disoriented manner across the page. This was then enhanced with a crumpled-paper texture and sepia-tone filter to give it an old and vintage feeling. I have cut out letters of different fonts from several publications such as Maxim, The New York Times, Paper Magazine, and Times Magazine, to spell out my name in the typographic portrait. I’ve added shadow and tape to make the texts stand out. 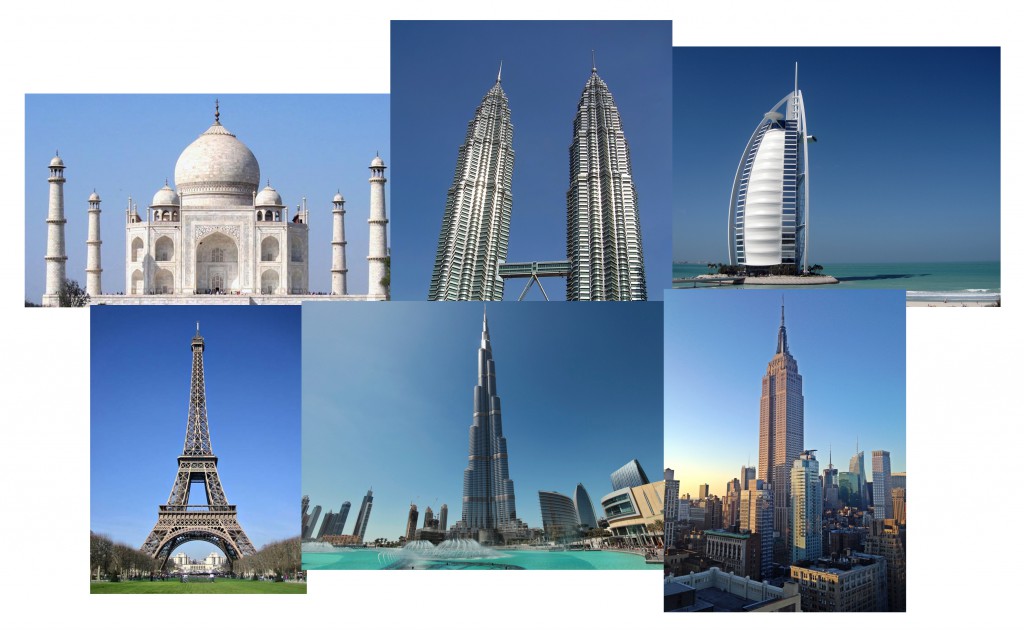 I had a clear idea of how I wanted to portray the Architect in me. I wanted the text to be written on a blueprint like how floor plans are done. But I felt the need to add more to the overall aesthetics. So I listed out some of the most iconic works of architecture in the world such as the Taj Mahal, The Eiffel Tower and Burj Khalifa. I also wanted it to look very tedious and detailed in terms of the textual information that is accompanied by the main typeface. I was also going for a sketchy texture to it.

After much thought put into it, I stuck with the integrity of a genuine blueprint where it is white ink over a blue background. The font that I started with was called Architecture, a sans-serif typeface. Once that was done, I blocked them out into simplified and unified shapes before adding the silhouettes of the iconic buildings which I have mentioned above. I went on to add the “sketchy” texture and overlaid the blueprint (with the grids) on top of the text before adding the accents such as lines, arrows and actual measurements of the buildings.

Thank you for taking time to read on my process & execution, do check out my
Research and Final Work here.

My name, which was given by my late grandfather, in full translates to “a vessel in the sea” in Arabic. It is a metaphor for someone who explores the vastness of this world only to bring people closer together. And I believe that I am living up to the meaning of my name. I am someone who is goal-oriented, but somehow have not gotten a clear idea of what I truly aspire to be. Throughout the 22 years I have lived, my aspirations constantly change. With new insights of entirely new prospects, I come to realize that the reason for doing so was because I crave to try something new and to take risks. This is why I have decided to pursue Interactive Media as a major instead of going with my initial plans of sticking to Animation.

I have chosen my first name, Anam, to be expressed as Typographic Portraits in conjunction with six different occupations. And four of which (Astronaut, Gambler, Journalist and Architect), are professions I wanted to be in earlier in my life. While the remaining two (Optometrist and Air Traffic Controller) were ideas drawn from the aspirations of two of my very close friends.

But why? Well, I felt that every person is an embodiment of their pasts, be it good or bad. These are the things that have shaped us to be the person we are right here, right now. And this is the very reason why I have decided to work on them.

In terms of the artistic style that I have adopted for this project, I have studied and gained inspiration from the works of Hannah Höch, Ralp Cifra, Mattias Adolfsson and SNASK. I did not want to stick to a common style for my 4 panels as I wanted to delve into much diverse means of expressing my ideas. So I have decided to make each panel different from each other.

Hannah Höch is a German Dada artist most notable for being the pioneer of the art form known as photomontage. Many of her pieces sardonically critiqued the mass culture beauty industry at the time, gaining significant momentum in mass media through the rise of fashion and advertising photography. Many of her political works from the Dada period equated women’s liberation with social and political revolution. In particular, her photomontages often critically addressed the Weimar New Woman, collating images from contemporary magazines. 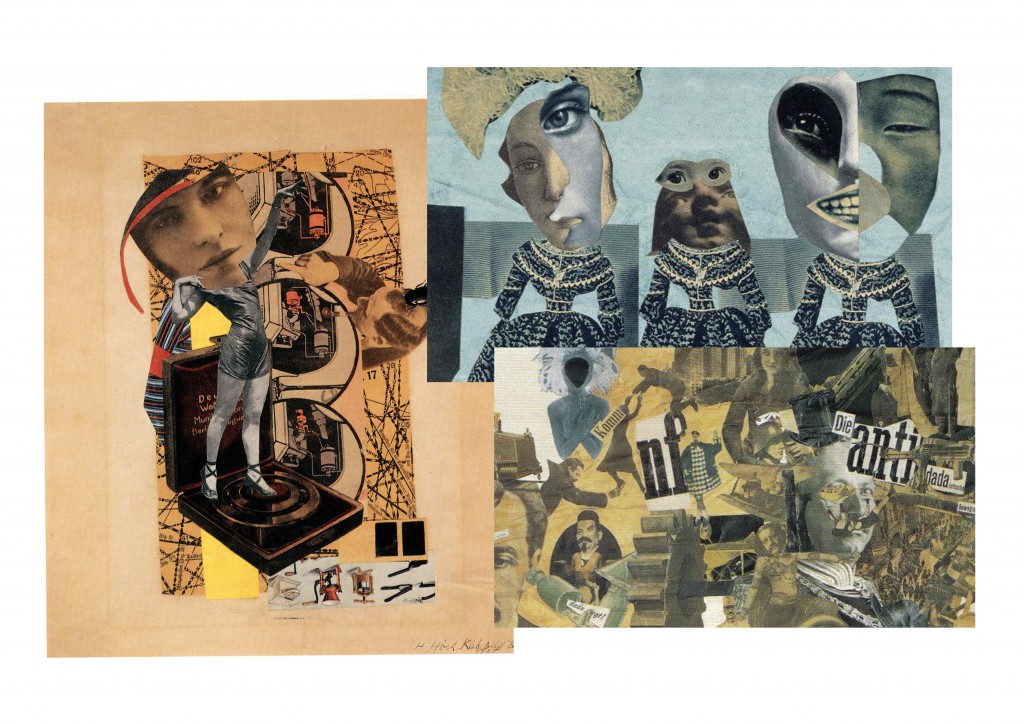 SNASK is an internationally renowned creative agency (based in Stockholm, Sweden) that makes kick ass branding, design & film. I was reading an article and chanced upon their work. And I was so amazed at how bold, simple, and yet elegant their typography works were. And their biggest and most renowned project so far was done for The Washington Post. I wanted to incorporate their crafty sense of design and bold use of colors for this project. 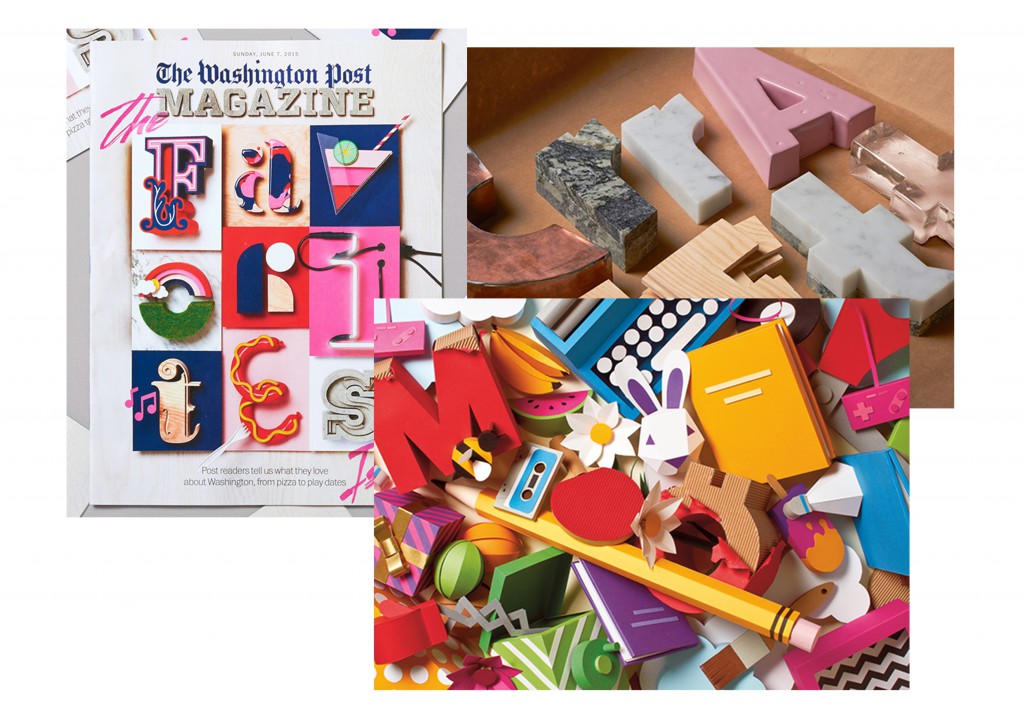 Mattias Adolfsson is a Swedish illustrator whose work have truly inspired part of my drawing style. He has a very distinct way of expressing the characters in his artwork. And while he has a lot of wonderful works in his gallery, I was really drawn to his poker card designs which were cleverly personalized and are bursting with emotions. I was keen to showcase some of my illustration styles in this project without overly using them and ignore exploring other means of artistic expression. 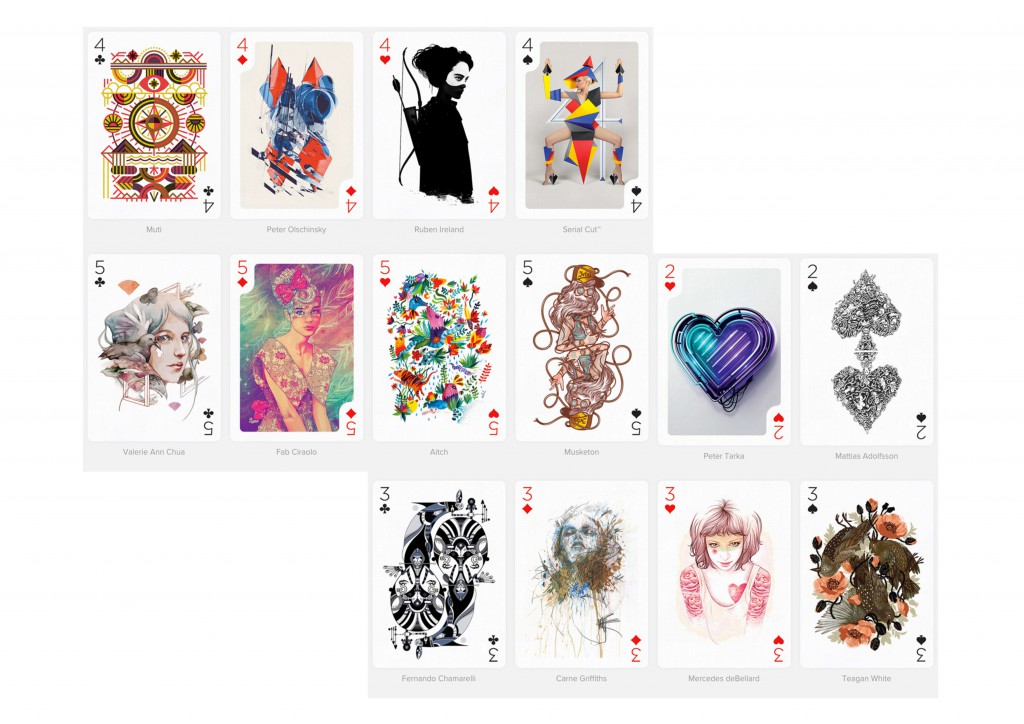 Ralph Cifra is a Philippine-based visual artist, illustrator, and graphic designer. His illustrations were beyond awe-inspiring. He has a really good sense of colors and he is known for making simple, yet vivid and prominent silhouettes when it comes to illustrating everyday objects. His vibrant interpretation of these everyday objects has made his designs pleasantly eye-catching. I desire to achieve such traits with my type designs. 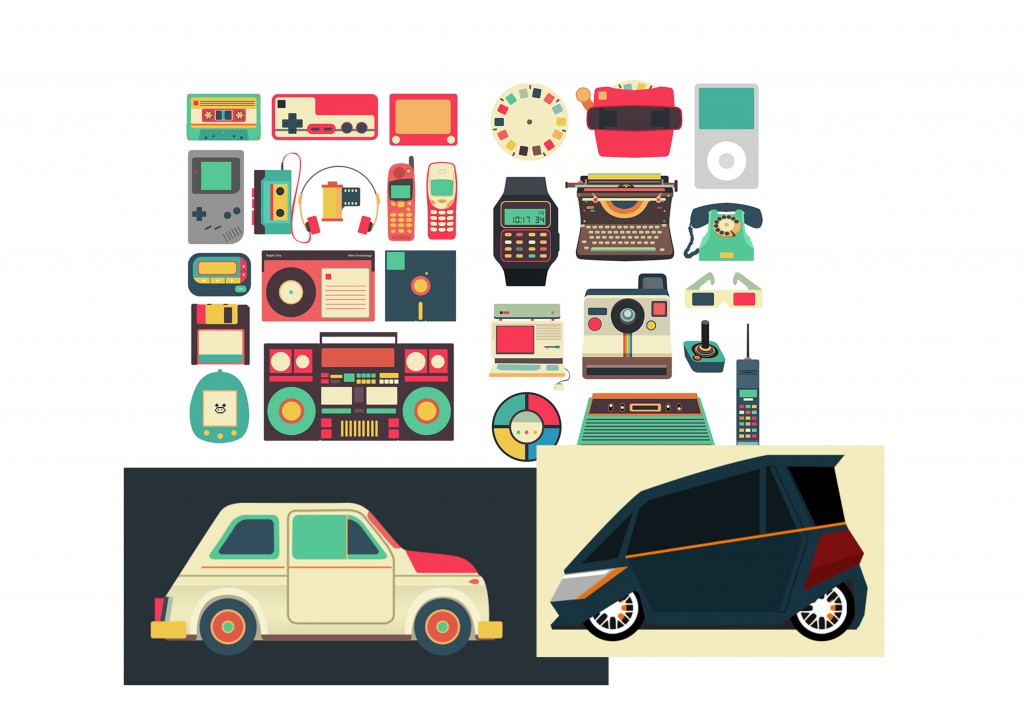 Thank you for taking time to read on my research, do check out my
Process & Execution and Final Work here.