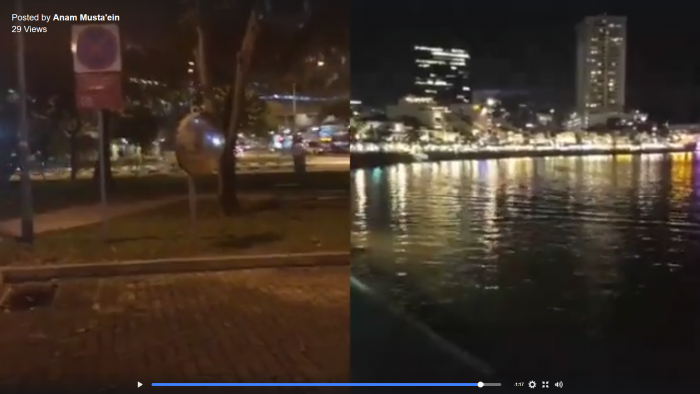 Win Zaw and myself had the idea of broadcasting from two different setting in Singapore, one being a residential area in Pioneer where I was and the other being in the business district area in Raffles Place where Win Zaw was. We have also decided to film it in the evening to capture both the difference and similarities in Singapore’s night lighting whether it came from street lights, buildings, or vehicles on the road. The stark contrast in the number of people appearing in our individual videos offers two perspective into the night scene of Singapore – with mine being slightly relaxed and quieter while it is more congested and busier on Win Zaw’s side.

To give the co-broadcast experience even more comparison, we have turned on our own tracking app in the background to allow us to see the trail that we have traveled in throughout the broadcast. It is pretty interesting to see the difference in the amount of turns we make and the direction that we both went on our broadcasts. I went on a more linear route while Win Zaw made more turns and loops in his. Below are two screenshots of our movement throughout the broadcast: 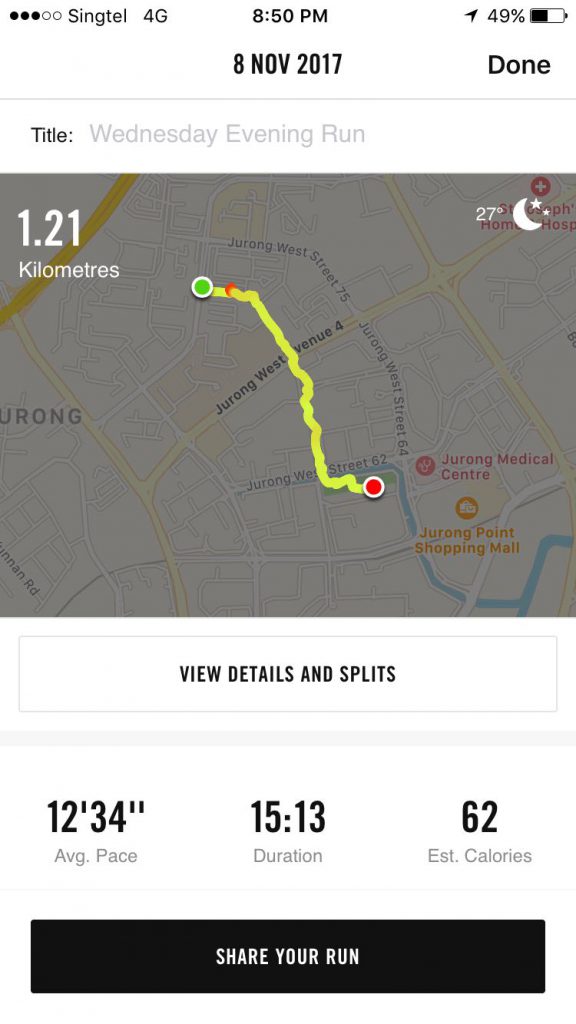 We had some very interesting moments during the broadcast where we tried to match our visuals with building lines, horizon lines, perspectives, trails, and passing vehicles. There were moments where we had nearly symmetrical compositions, while some looked like we intentionally positioned our cameras to align the objects appearing on our broadcast across the dividing grid. 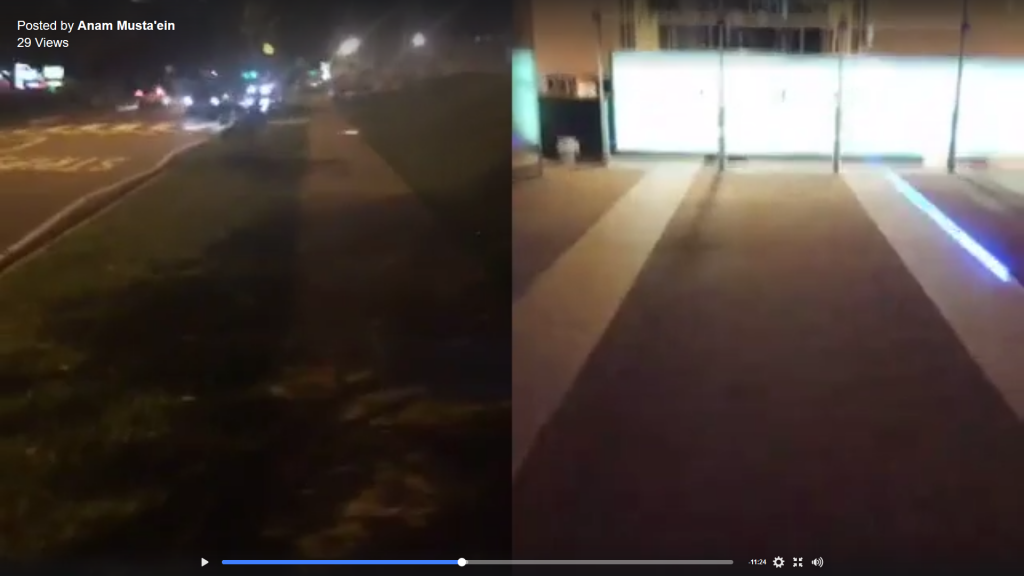 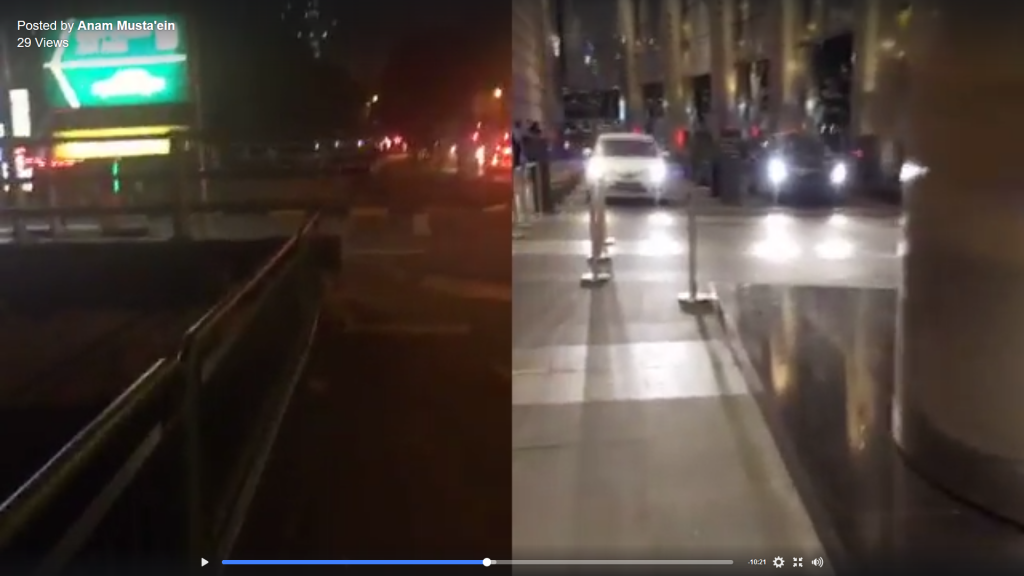 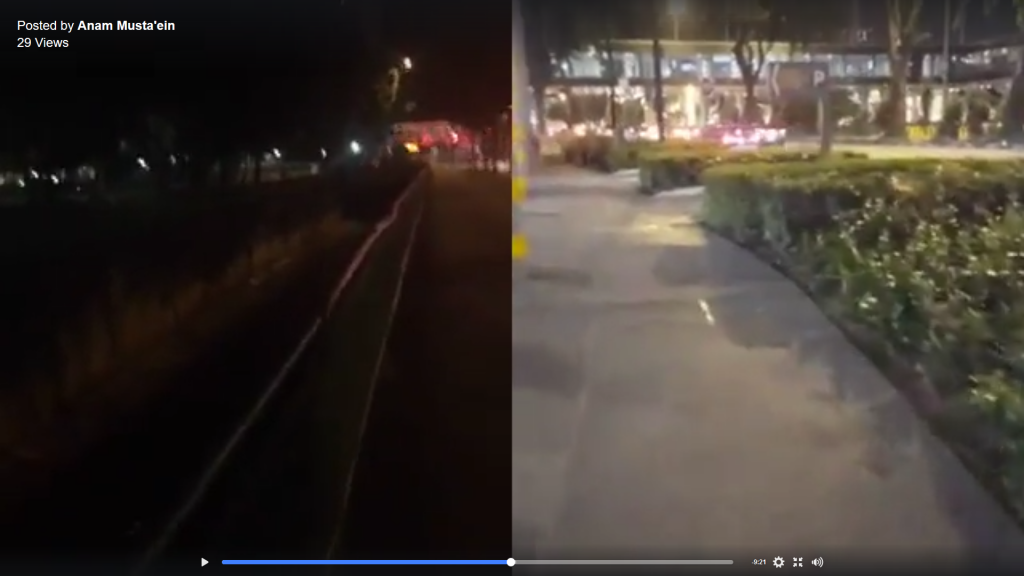 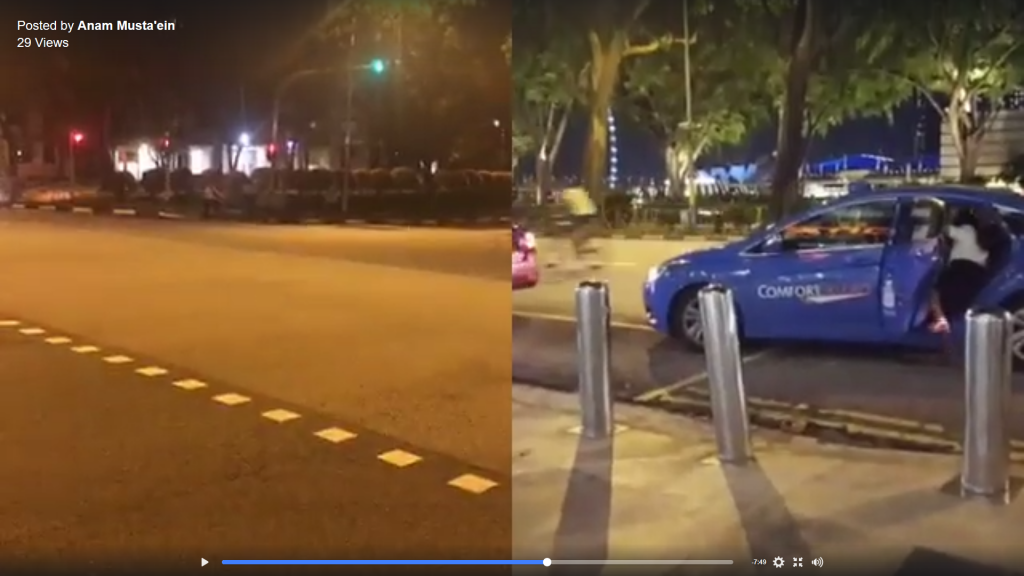 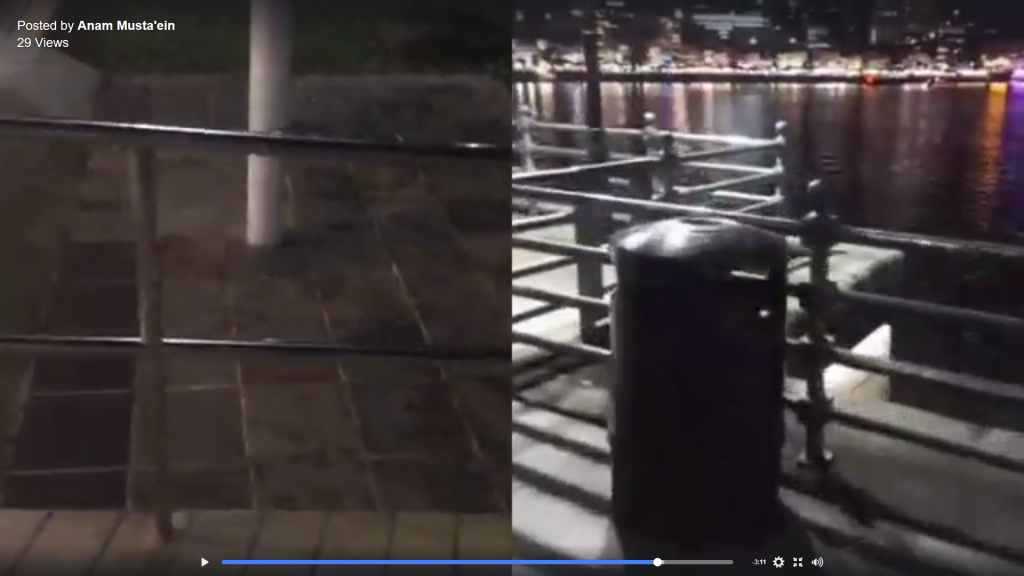 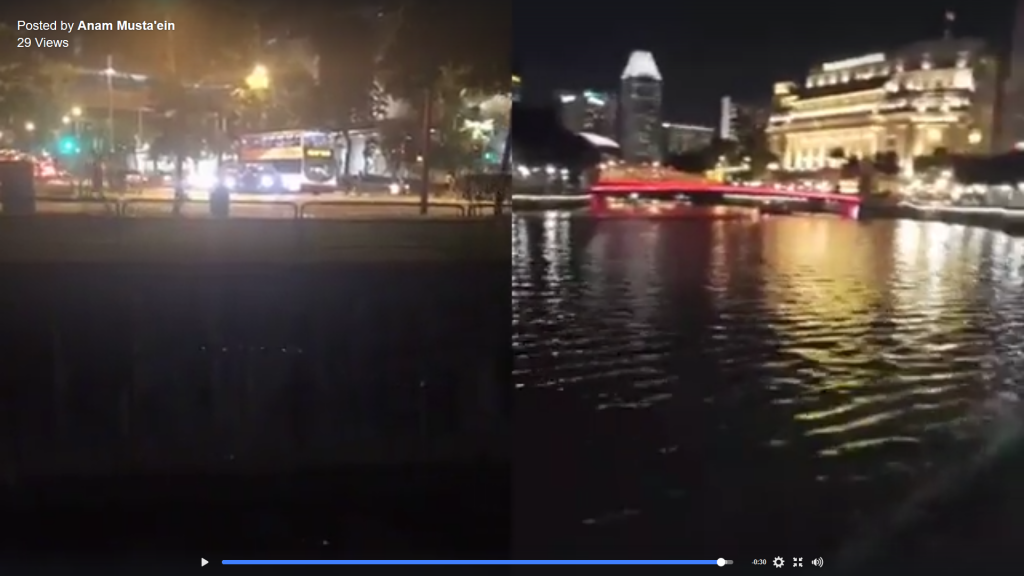 All in all, the experience was an exciting one as we struggled to coordinate with each other’s screen. We did not communicate much during the broadcast, but having to coordinate lines within the grid was almost intuitive. It made me realize that there is a degree of synchronization in everything we do, especially we put them side by side.