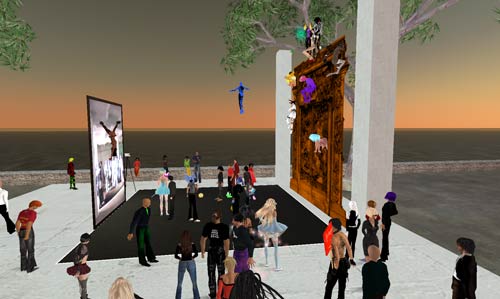 “So for me, my avatar is embedded in my psyche, rather than an extension of myself.”

It is to no surprise that the open virtual world, Second Life, offers endless possibilities in its utility and how one may look at it as an outlet to create art as well as an avenue for the emergence of new ways to express oneself. But the activities and interactions that the members of Second Front engaged themselves in have surpassed the expectations of how this virtual world could be regarded as a stage, and the players as performers.

The members of Second Front took the roles of characters in a planned and rehearsed setting while they embodied these characters through their avatars in a spontaneous and improvised manner. In each performance and situation they were placed in, they were able to bring about a narrative that goes beyond uncanny representations of the real world. On top of that, they were able to carry out activities that they could only achieve in the virtual world. And given this advantage, more outrageous and bizarre narratives came about in their performances. I guess this is the quality they possess that enabled them to reach out to so many viewers in the real world.

“While we as Second Life avatars become more real in the virtual
world, so too, that we as human inhabitants of the real world become
more virtual.”

What I found most interesting about Second Front was that the virtual world began to seep into reality. Great Escape talked about how he had vivid dreams of himself and the other avatars in Second Life, and how it appears that the two worlds were no longer separate but converged through the characters that they portray in the virtual. The relationships they forged in the virtual does in a way reflect their relationships in real life. And in turn, the performances and the narrative they have planned in the real world are seen being executed in the game itself. This is how I see the two worlds influencing each other. 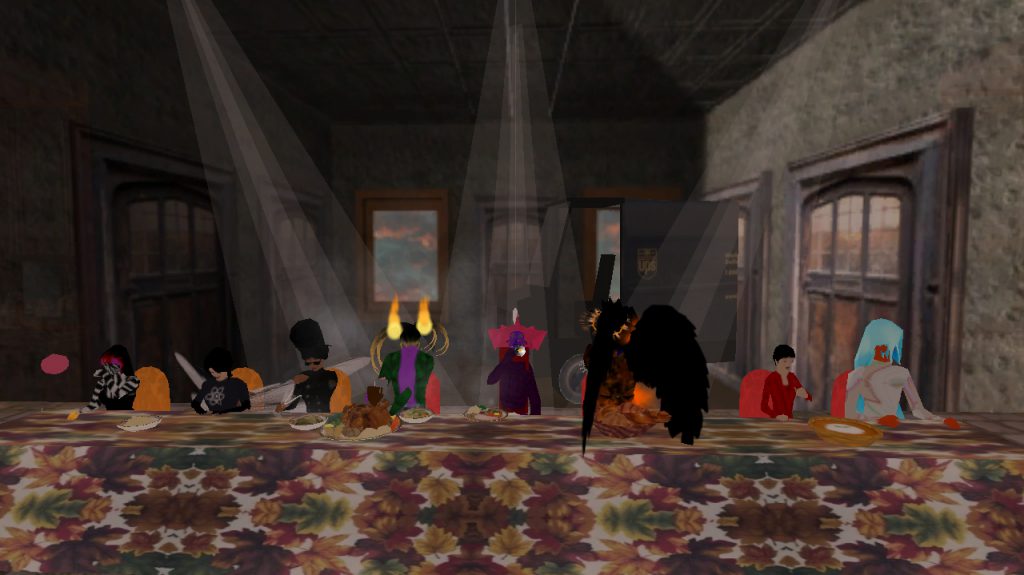 Another point that I find interesting was when Tran Spire mentioned how the script of their performance lies in “the code of the place or environment in which it is
situated” while the content is then being developed and influenced by the characteristics of the script. This is a key feature that I foresee being applied to our final assignment. How Second Front embraced the freedom and boundaries in their piece is essential to how we plan and execute our social broadcast approaching the end of the semester.

All in all, I am very impressed from watching and reading about Second Front. I feel that in online performances, it is important that we adopt the method of balancing the expected as well as the unexpected. There is beauty in this mode of storytelling, especially when we realize that we are the avatars of our own bodies, unraveling the surprises that life has to offer, planned or unplanned. And as much as we think we are the actors, we are the audience as well.