Continuing from last week’s discussion on “The Infra-Ordinary at North Hills”, we continued to look around the school and observed the student body interaction with school environment.

We realized that NTU is really “green” in terms of how much nature was incorporated into our campus. However, the routine of daily life actually caused us to be “numbed” about this environment.

Another on-site observation was the wind volume at certain areas of NTU. As NTU is located on highland, we can enjoy unobstructed wind at certain part of the campus and this is usually unobvious to people in NTU as it’s intangible.

Hence, we aim to achieve the following for our project:

“Rediscovering Nature Through a Medium”

This is to influence people in NTU to look at nature in another light.

We were looking into making the intangible phenomenon (in this case will be wind) to be obvious to people. We were inspired by some installations too.

The Singing Ringing Tree
Carefully angled hollow pipes will catch the wind pass through and resulting in some sound to be produced.

The Singing Ringing Tree by Mike Tonkin and Anna Liu

Liquid Shard
Use of holographic materials and hang from a point to another point in an area, allowing it to be floating over the heads of people. Material interacts with sunlight and creates a mesmerizing effect together with the wind. 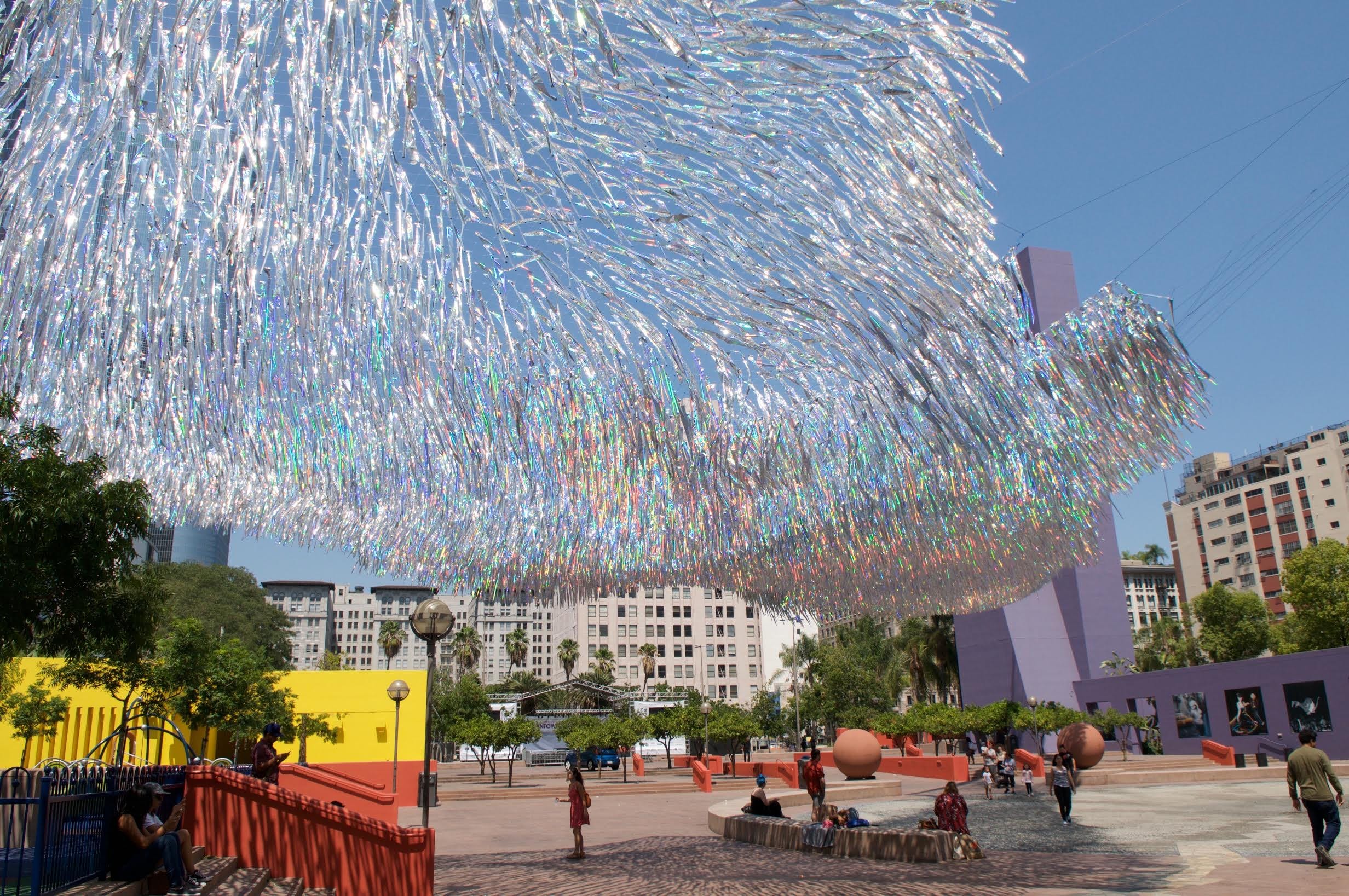 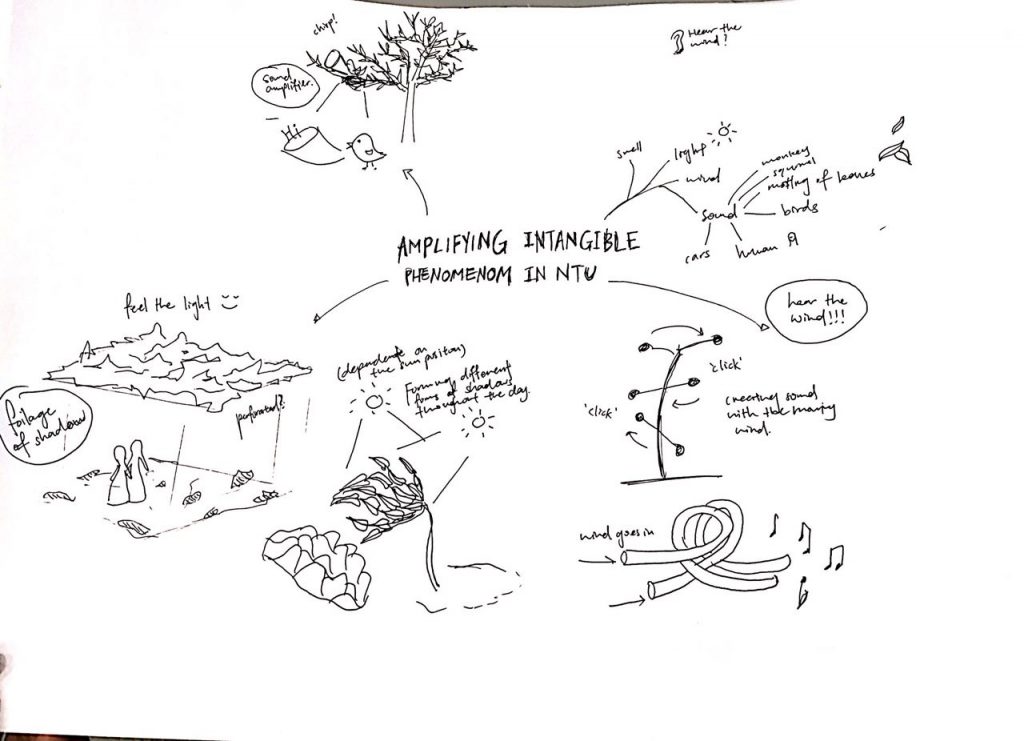 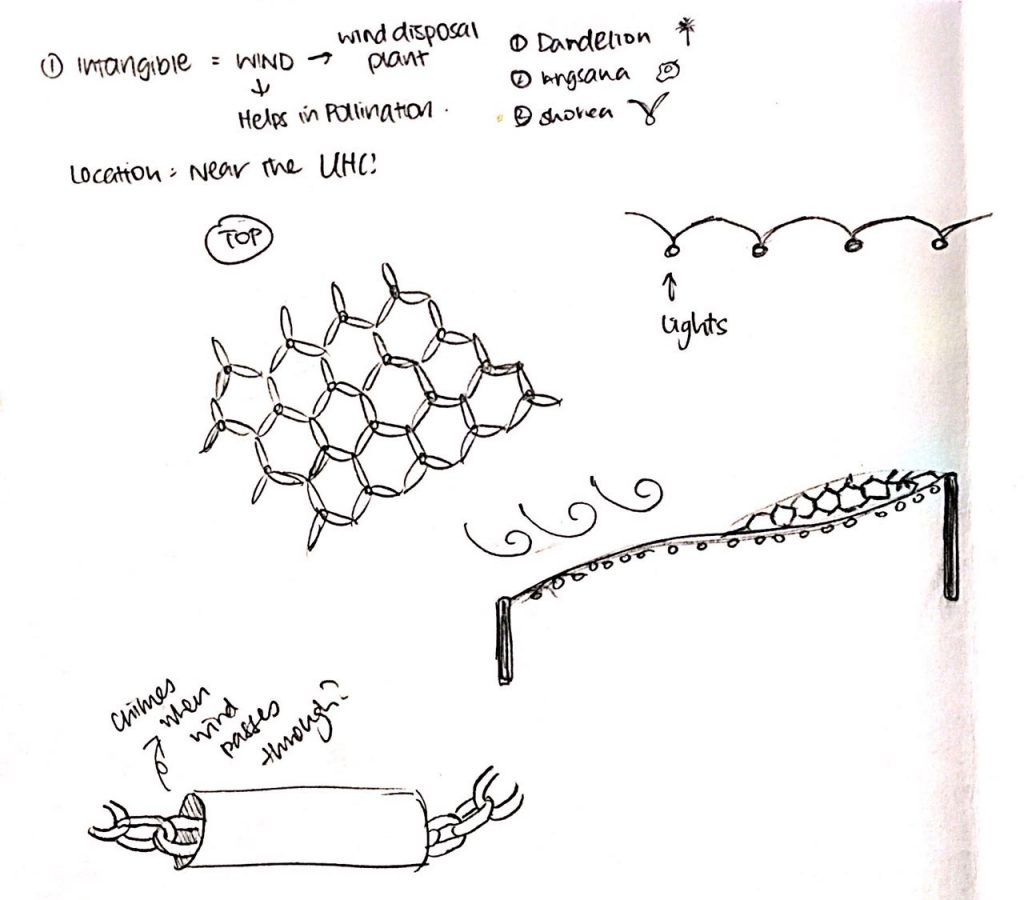 We looked into bringing nature even closer to people and allowing them to see it/hear it. We were looking into creating it as a shelter or sculpture.

From the observation of student body in NTU, we realized that it’s natural for majority of them to be walking under shade of trees when give a few routes to choose. It is instinctive for them to do so.

Maximilian’s Schell
The use of simple modular shapes to create a shelter at a less used pathway and influencing people to come underneath. 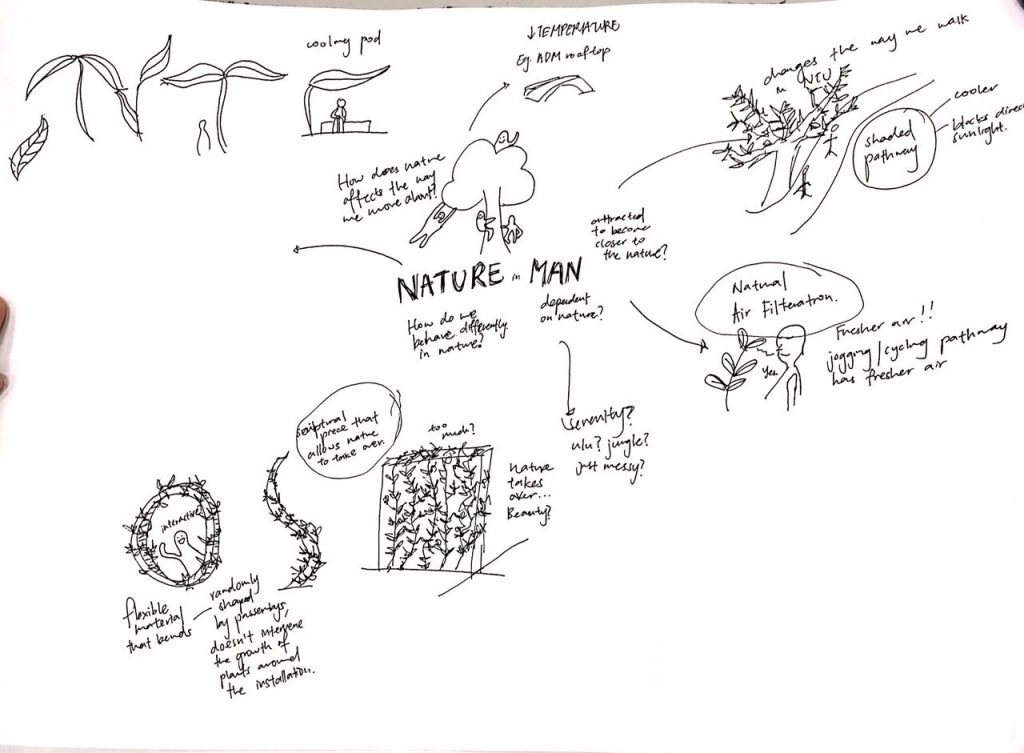 We were looking into letting people interact with our installation of having vines around a structure. Or having an installation that will influence the way people’s behaviour.

Based on our observation, we feel the lack of vibrancy in school environment and it’s mostly green in colour. Hence we would like to incorporate some flora into this environment. 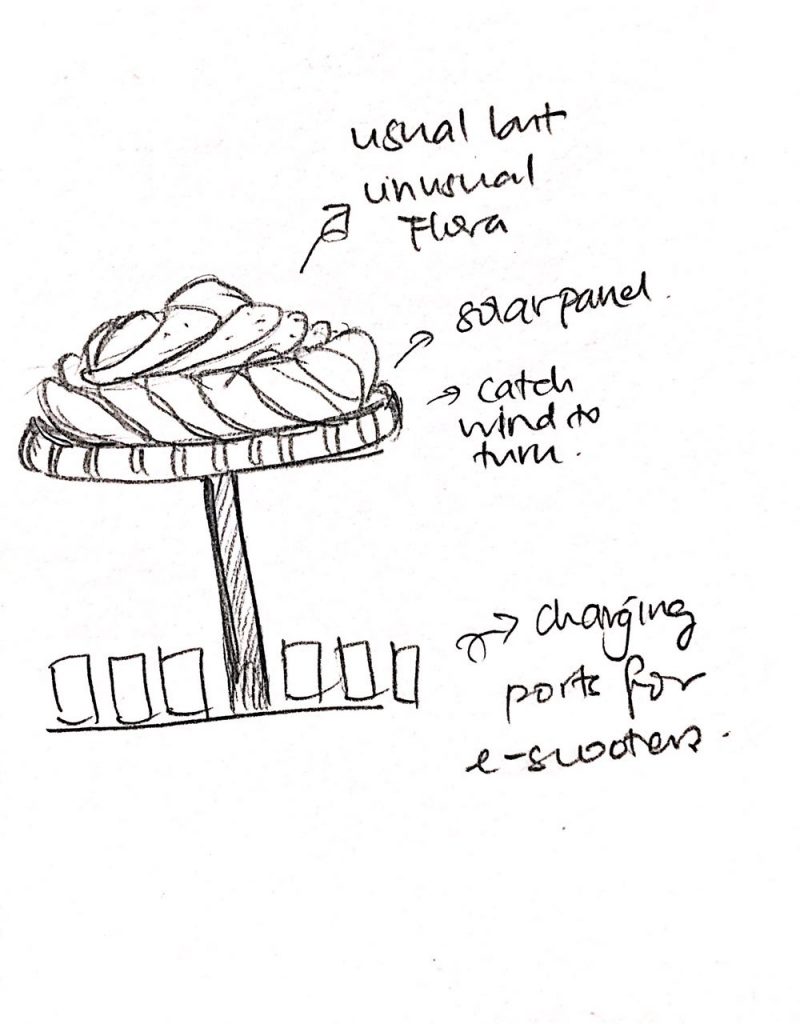 The idea was to have a spinning sculpture on a shelter. We want to incorporate Fibonacci Ratio into the creation of a surreal flora. So when the sculpture turns, it will look like the flora is  changing.

> They were into the idea of populating unpopular spaces
> The previous idea of the 3 trees at the new halls was more attractive. Suggestions were to find out characteristic of the 3 different trees first.
> Can look into having the trees planted and growing on to some structure at the new halls, so the students will actually care for it and it also symbolises striving.
> Can look into giving new meaning by integrating nature and man too.