Last week, we have decided on doing public seating to facilitate more interaction in the Communal Plaza of North Hill Halls. The forms will be inspired by our own interpretation of the trees; Fluidity, Transience & Vitality.

Some feedbacks that we’ve received:
> Prototype that we did was too abstract and hard for viewers to relate it to the 3 trees.
> Motion sensors were too gimmicky and we should keep our idea simple.
> Consider the materials needed.

SOOOOO, for this week…

We did up a PSD Matrix for the values of the trees interpreted by the hall (Fruitfulness, Nurturing & Positive Reach).

We’ve decided to use the characteristic of the trees interpreted by the hall as we want to provide a more accurate representation of the values as compared to what is displayed right now.
(Currently, they have the 3 trees planted outside the hall to show the values mentioned.)

From the PSD Matrix, we have decided to combine the elements into ONE sculpture, but it looks kinda messy/rojak. It is also restricting how we can change the aesthetics.

Below are a few ideas for combining all elements into ONE sculpture: 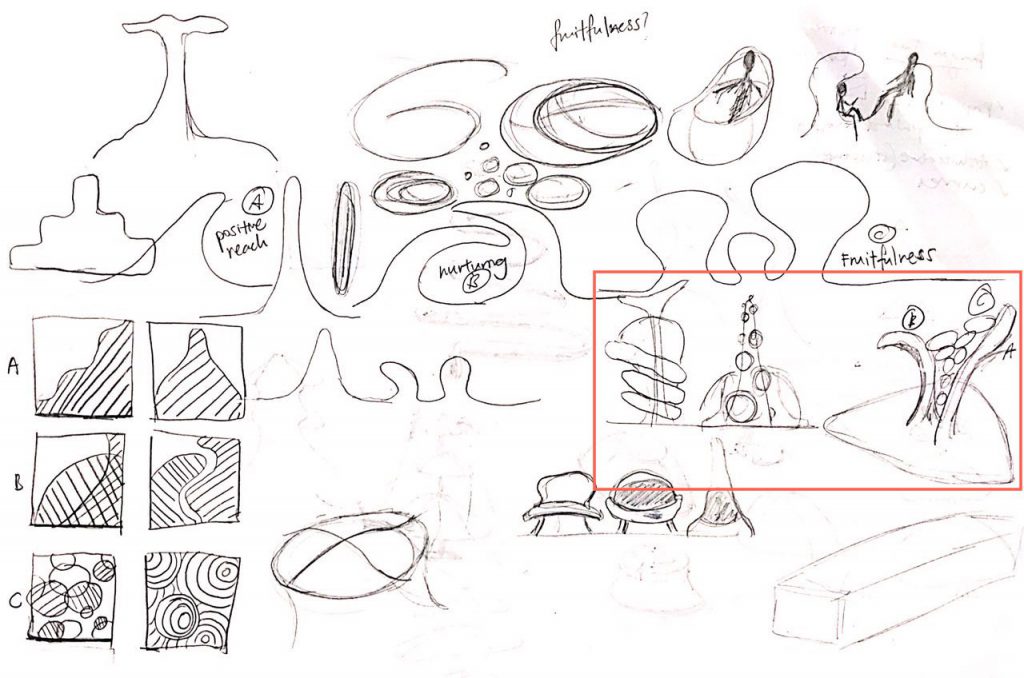 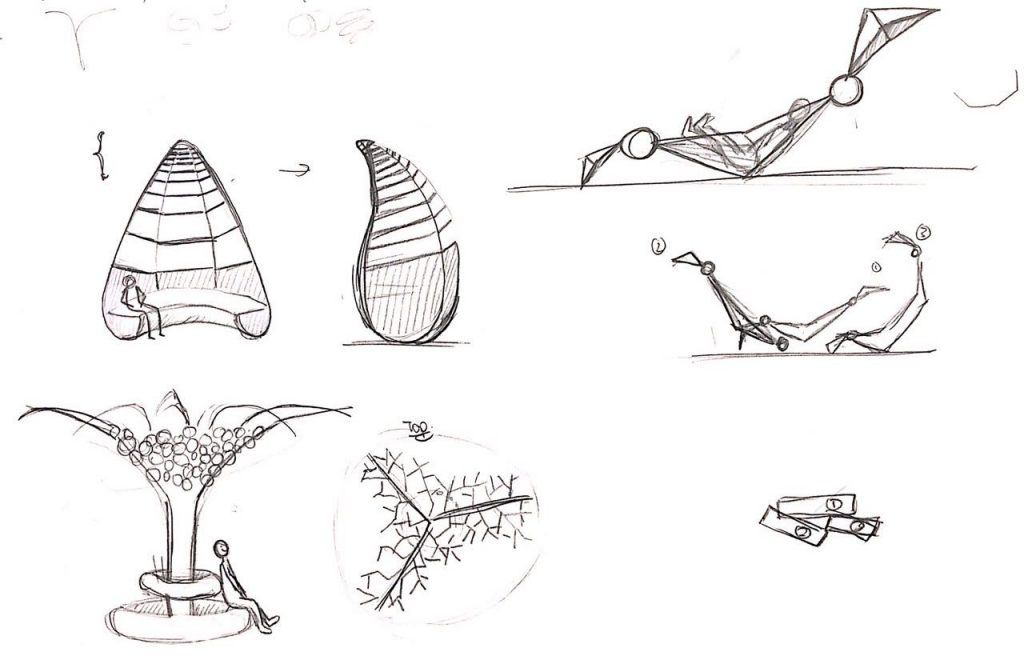 Next we decided to make a series of sculptures reflecting each values instead, but with the same design language. 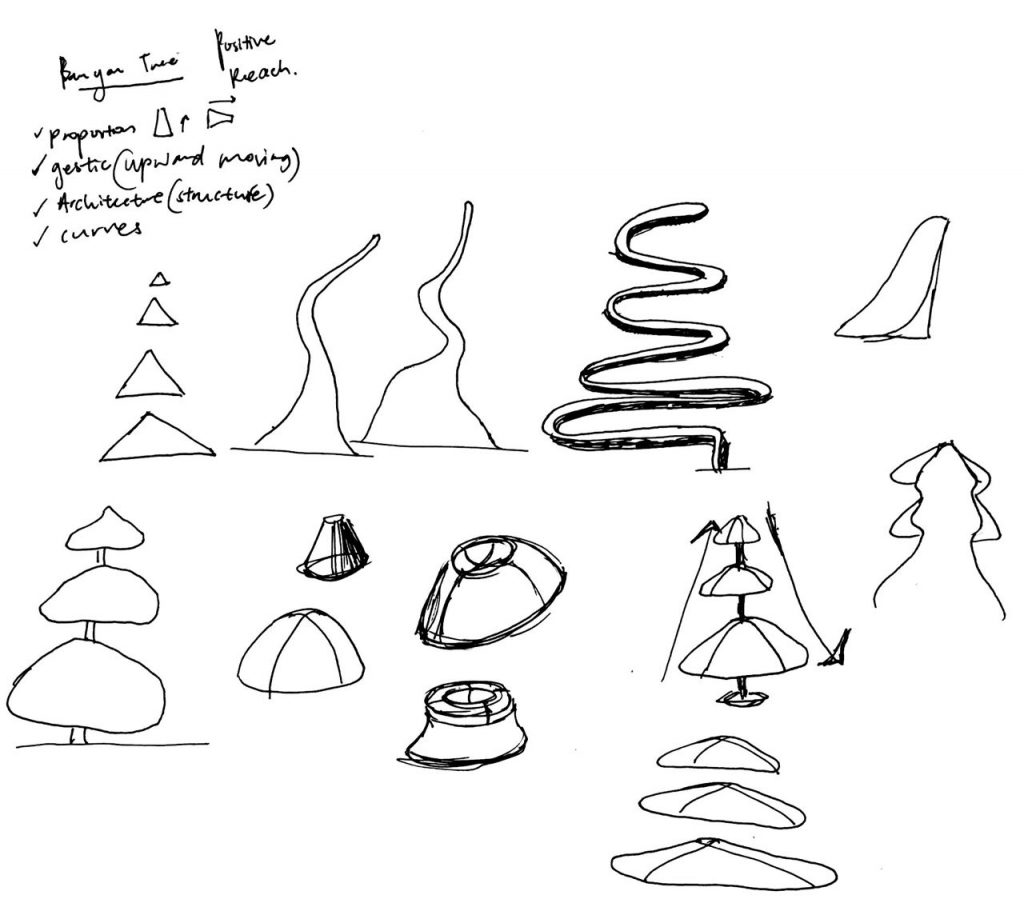 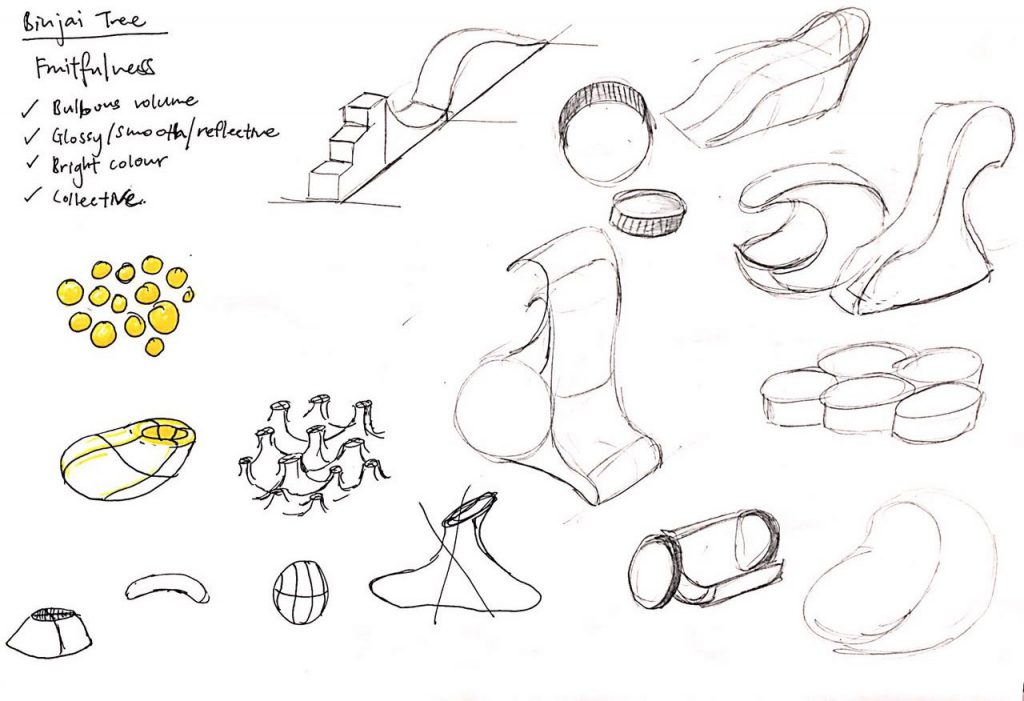 However, we realised that the values that we are taking on were more of what the halls interpreted the trees to be, instead of what the trees truly are. Hence, we decided to refine the sculptures in such a way that we reflect the unique natural forms of the 3 trees.

Below are the sketches for it: 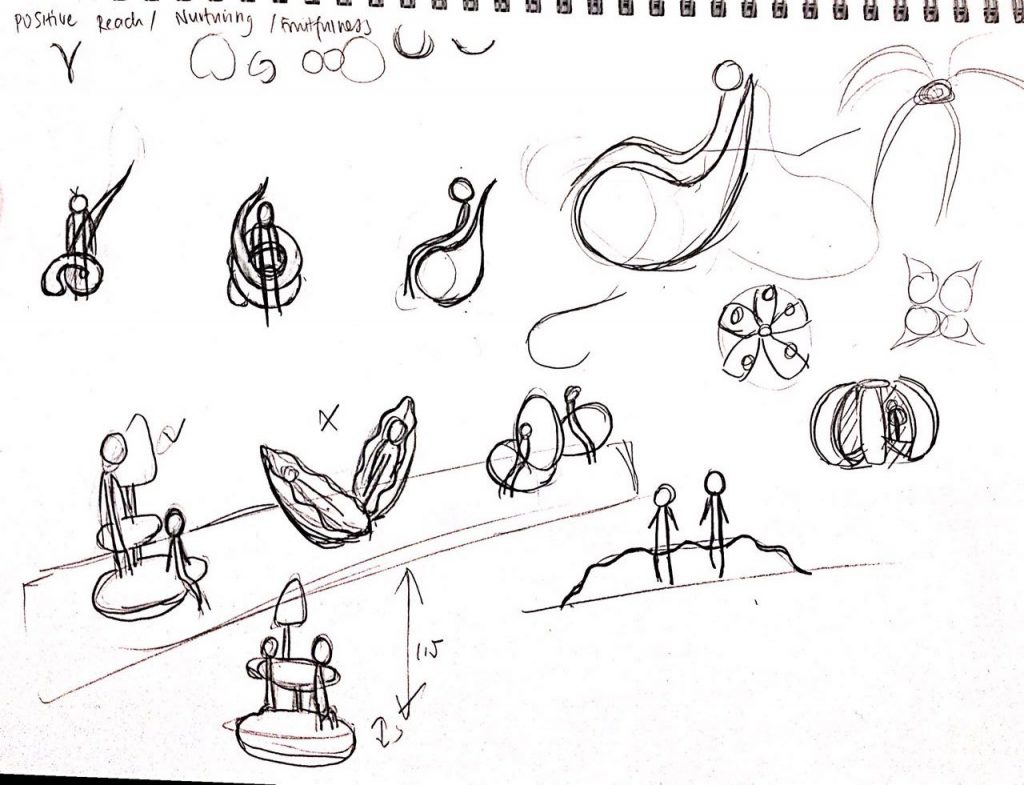 We are looking into using the similar materials that are currently used in that area so that it won’t be too jarring. 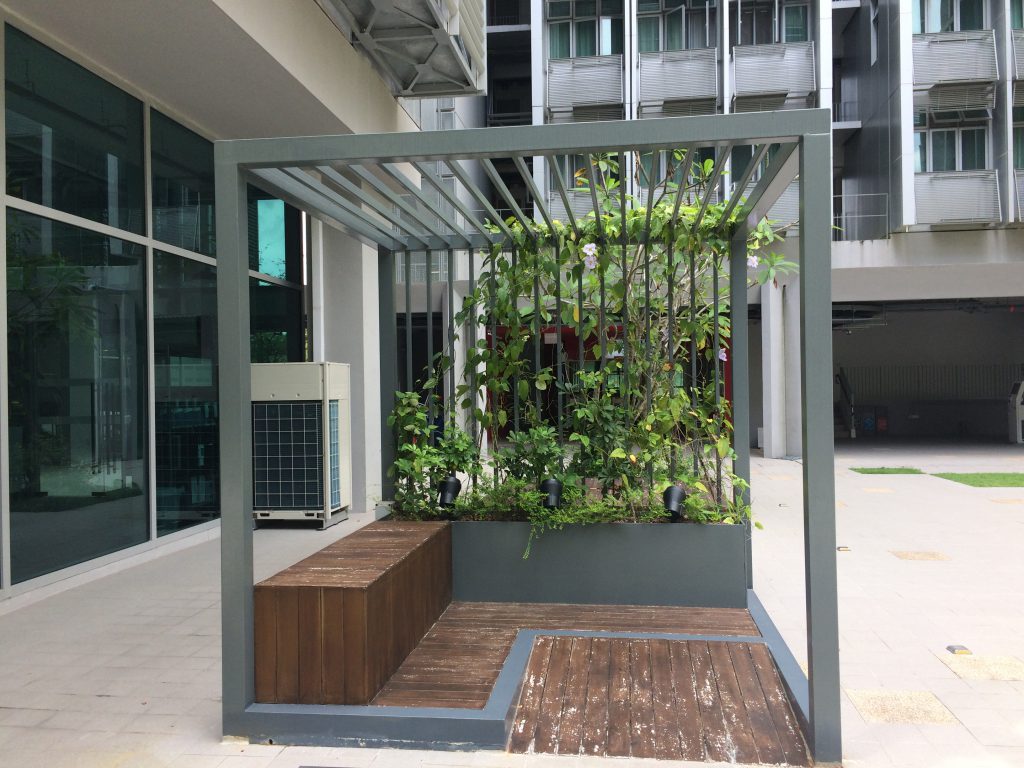 > Consider about technology and use. (possibility of adding lights)
> Interaction with people