After discussions with Fabrizio and Ker Siang we decided to create a joint that fits the form of the bones and at the same time act as a pivot to rotate each bone. We realised that with a fixed position and shape of the spine it will be a problem if the sculpture were to move places, and with some degree of flexibility the sculpture will be able to adapt to its environment when it is placed in a new venue.

With that, the new sculpture is able to rotate up to 15 degrees and if every bone is rotated, it will form a C-shape.

We decided not to do a full circle (30 degrees) because it will compromise the size of each bone and the size of the bones will have to increase. This is not what we want because each and every size of the bone has been already calculated and it is the maximum size that it can go for a bench that people will be comfortable with sitting on.

After designing the joints and how they fit into the bones, we decided to test print one pair of bones to see if the joints fit. 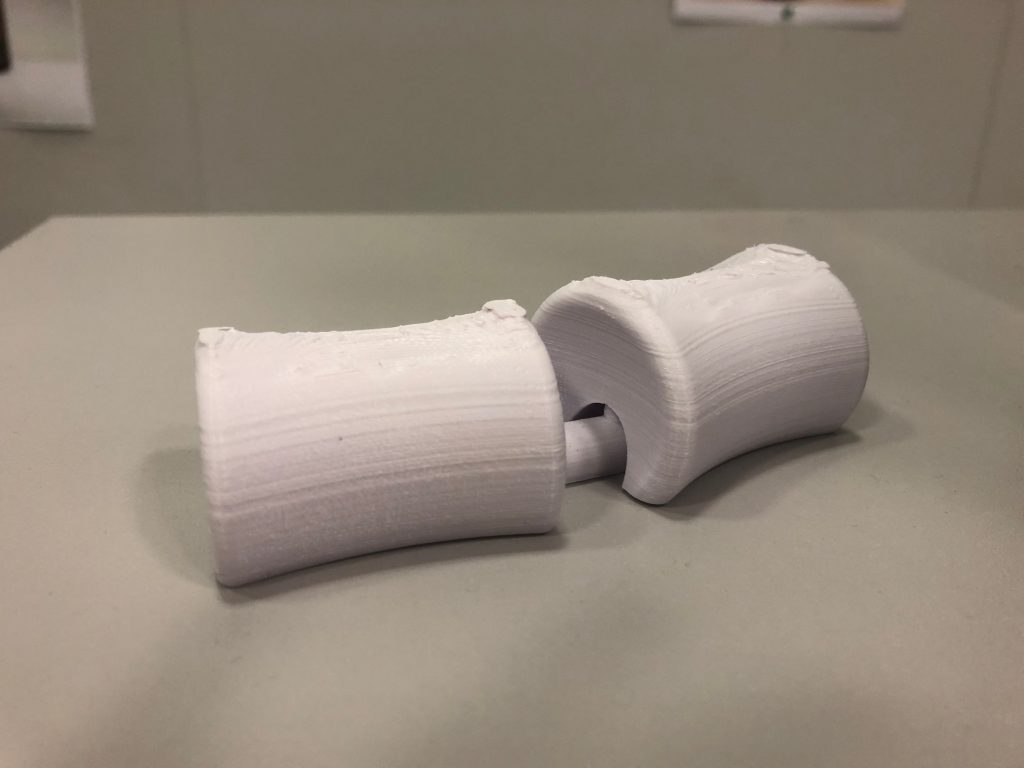 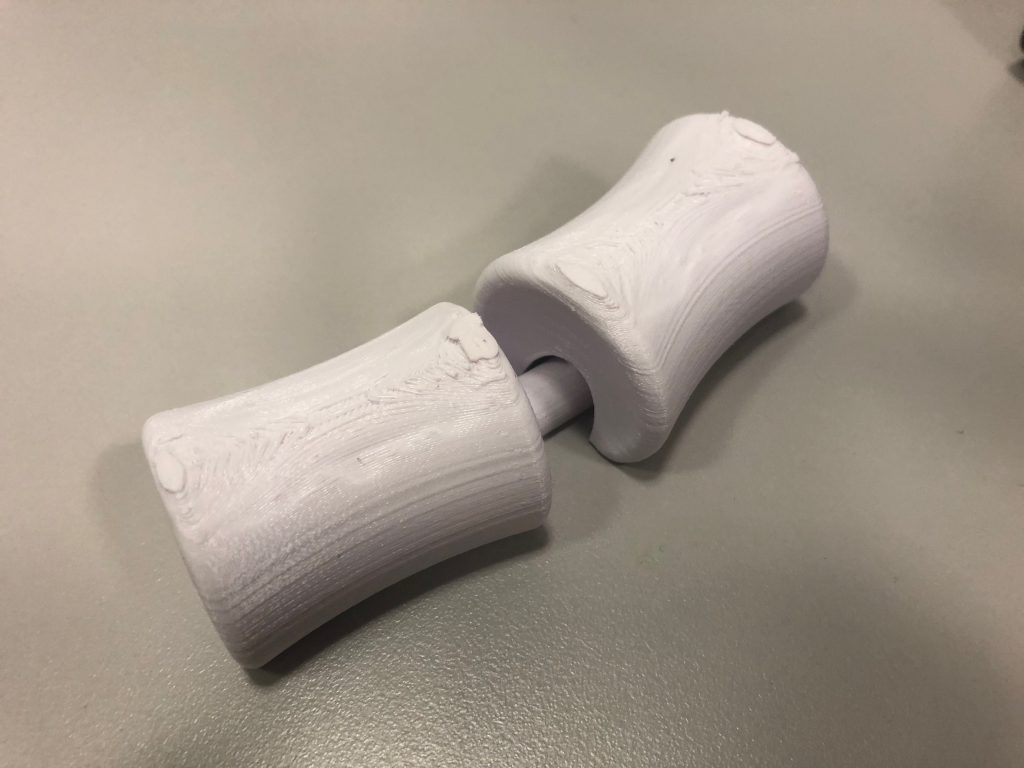 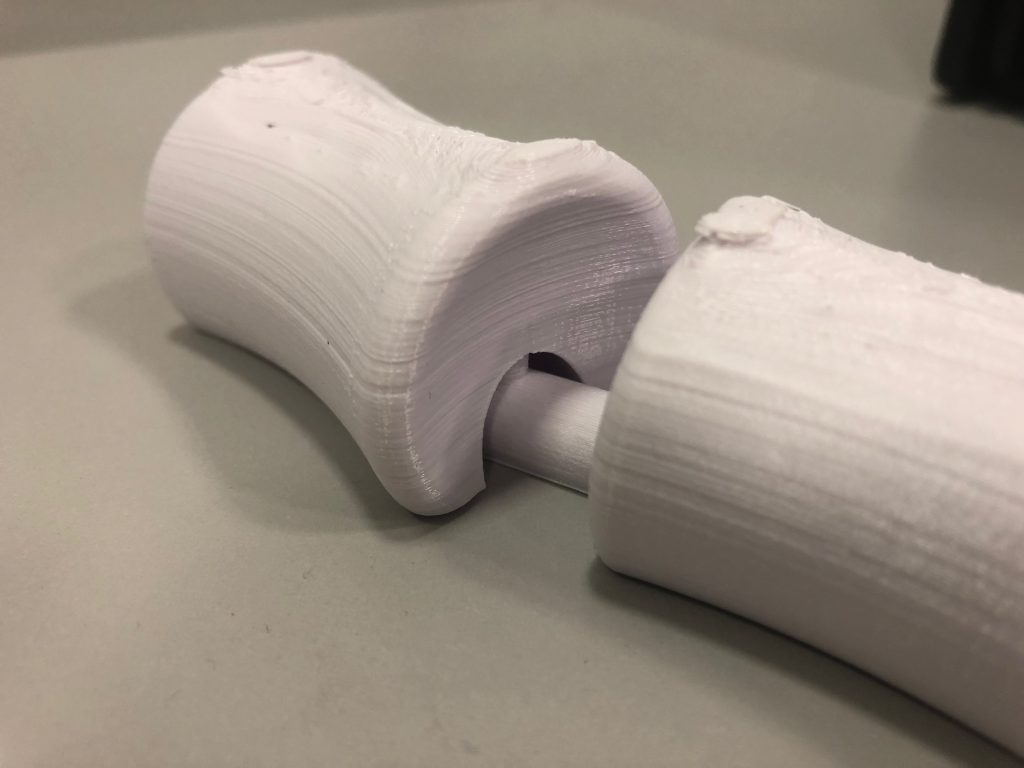 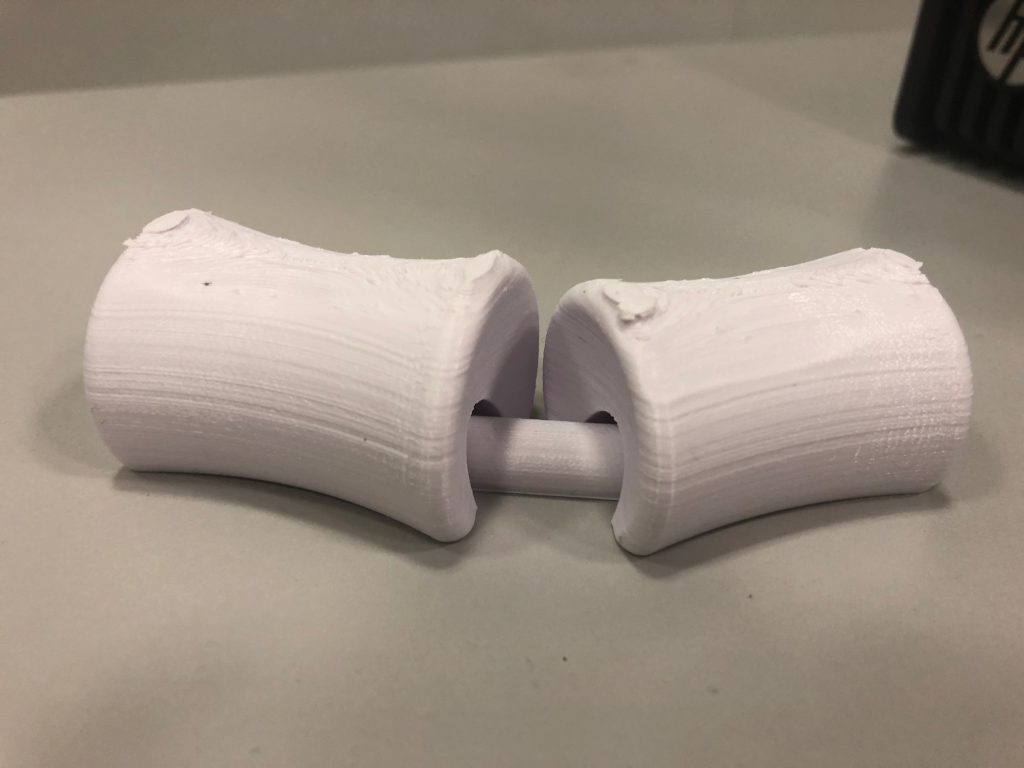 Although the joints work perfectly, we realised that the bones touch each other when they are both rotated to the same side. The part of the joint that is connected to the bone can also be seen through the side.

We then decided to elongate the joint so that the bones will not touch each other when they are rotated to the same side and also hopefully this will hide the part of the joint that is connected to the bone. 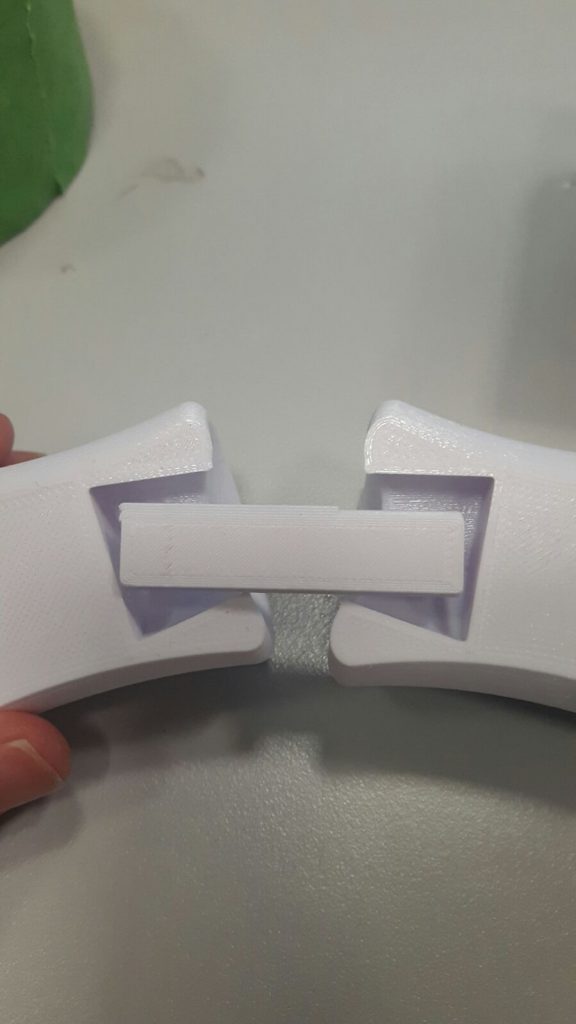 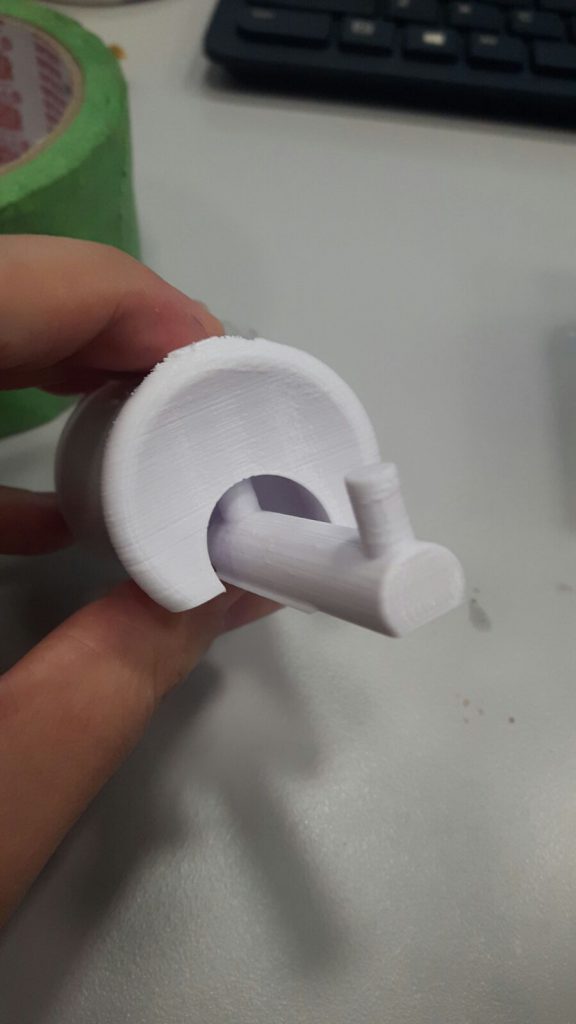 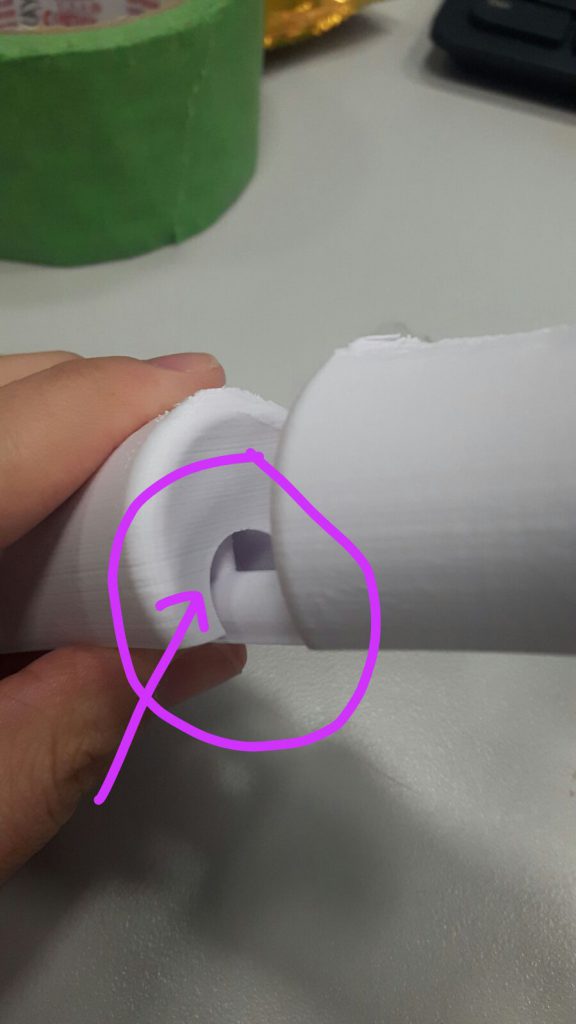 However we felt that we might have lengthened the joint too much as now the spacing between each bone is a bit too far and it still did not solve the problem of the joint being hidden as circled (in purple) on the image above.

We might reduce the length of the joint a little so that the change is not as drastic but just enough for the bones to not touch each other when tilted to the same side.

We also did some renderings of our improved form just to see how the sculpture will look like with people interacting with it.

This is how it looks like when they form a rounded shape: 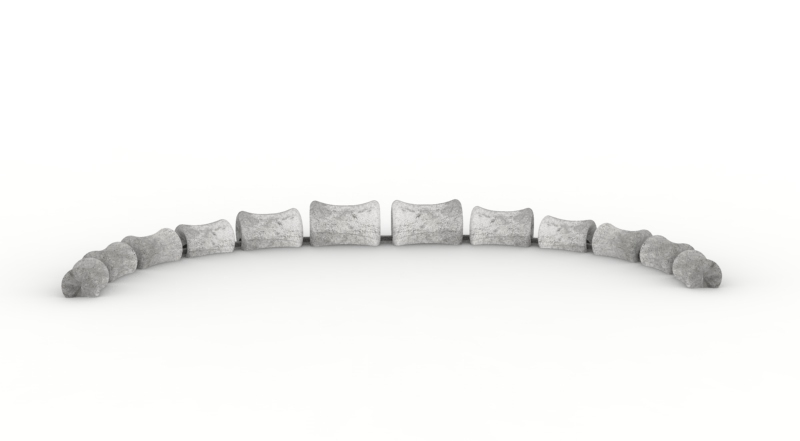 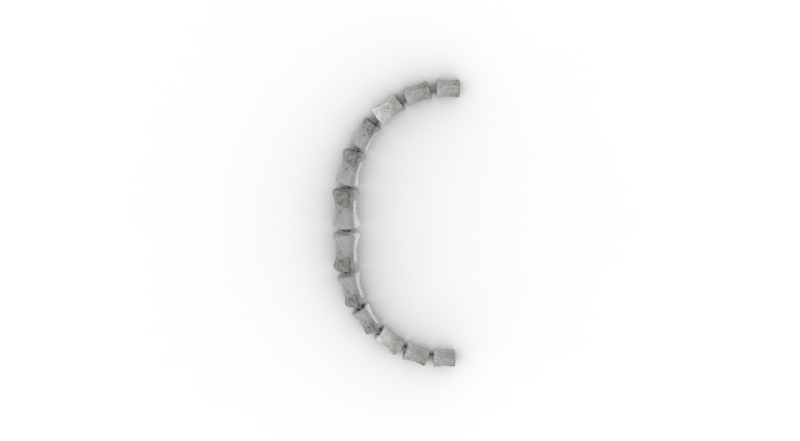 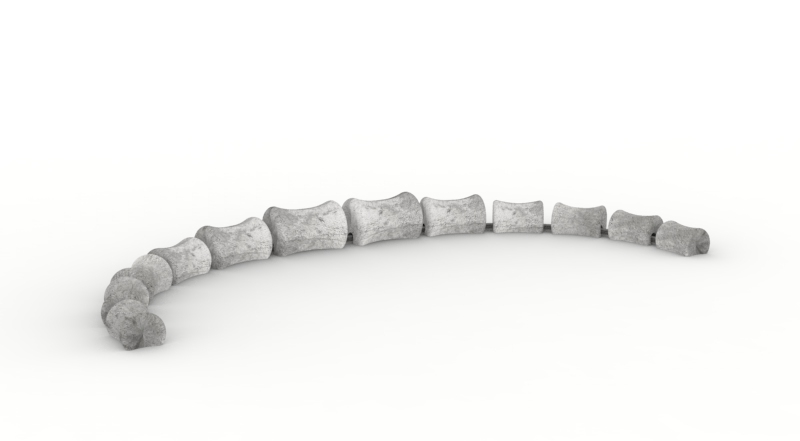 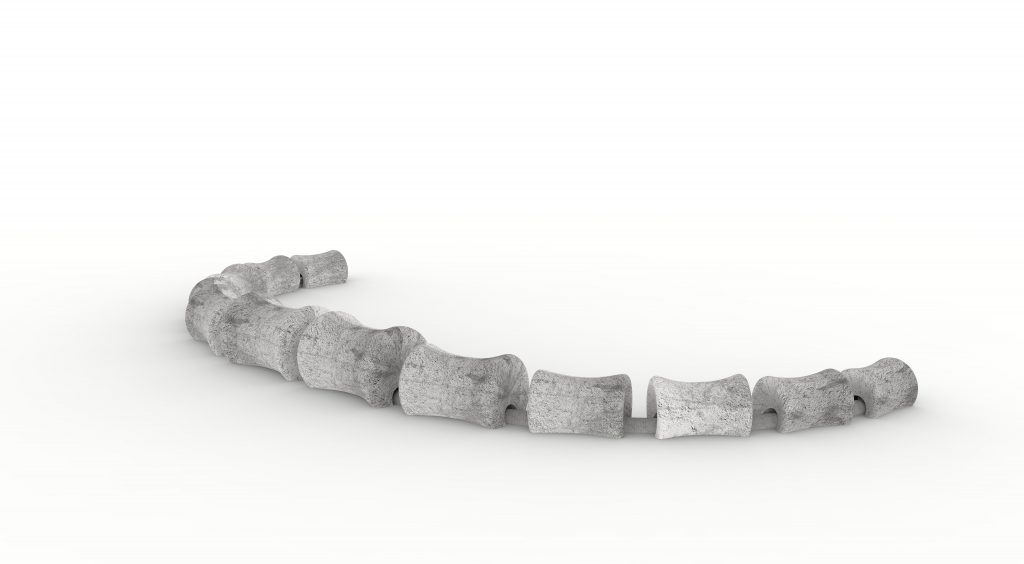 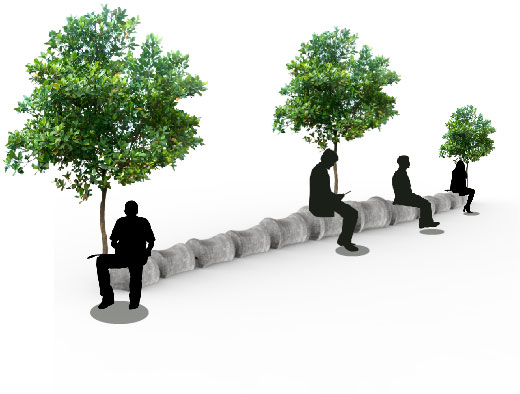 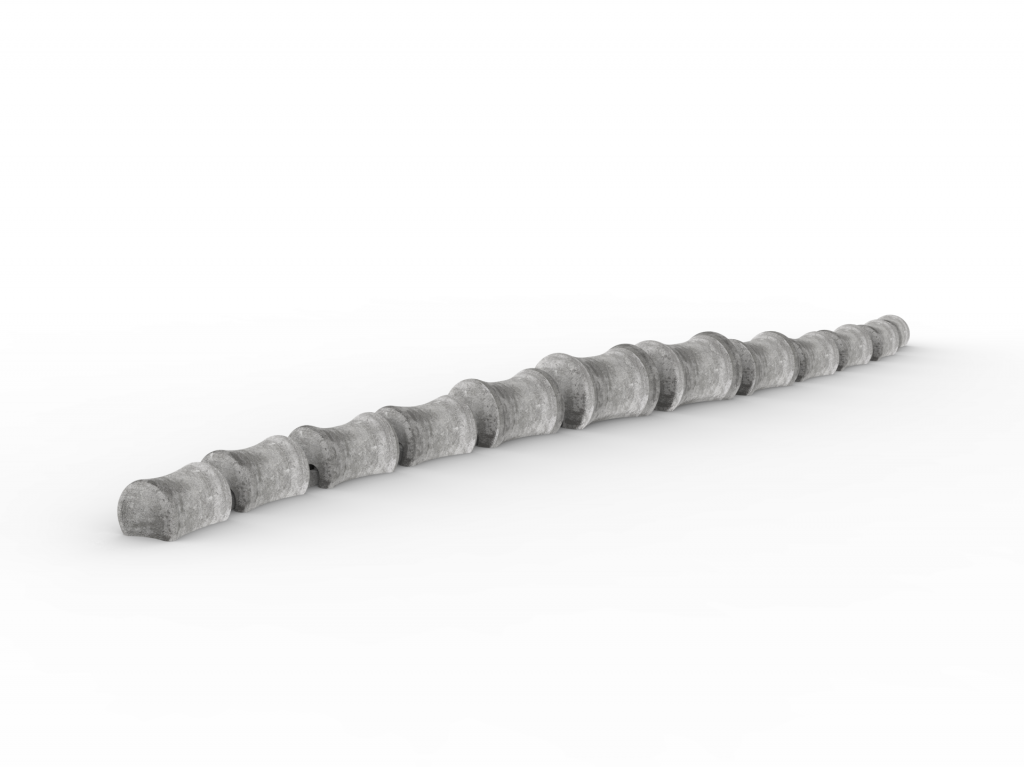 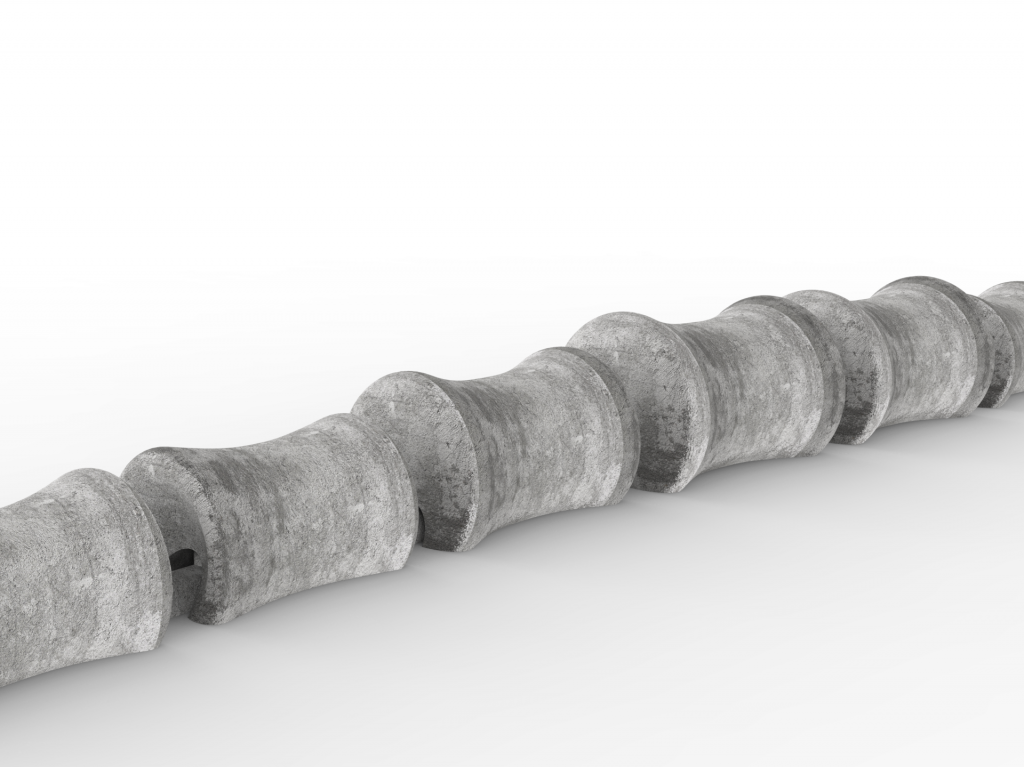 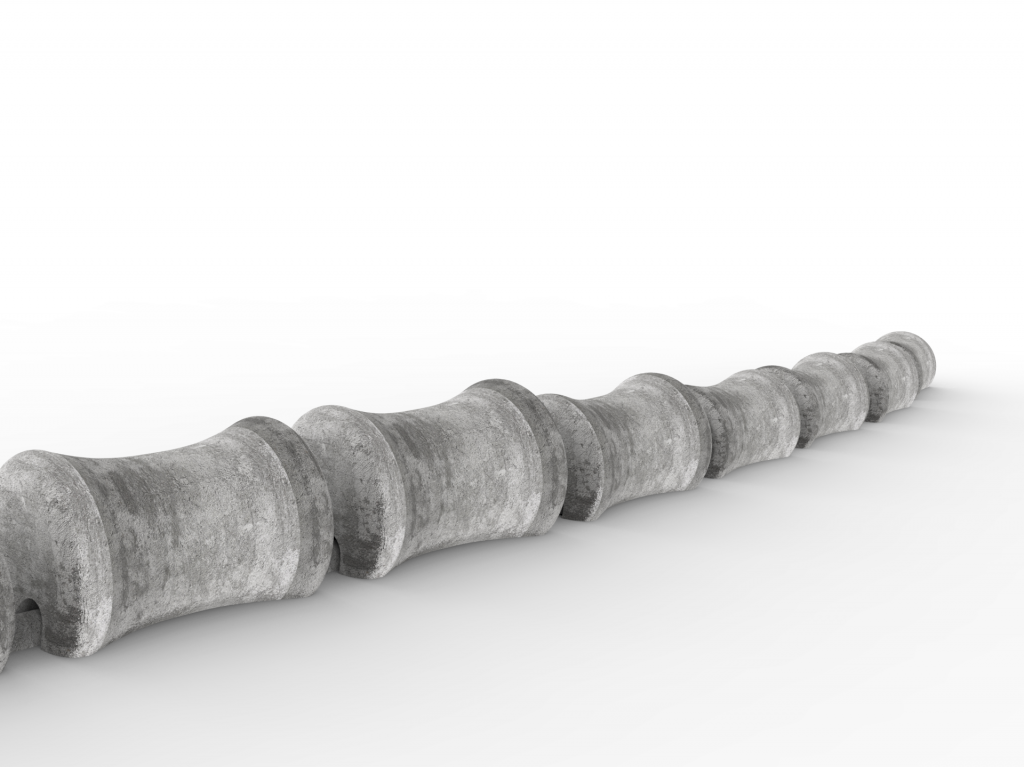 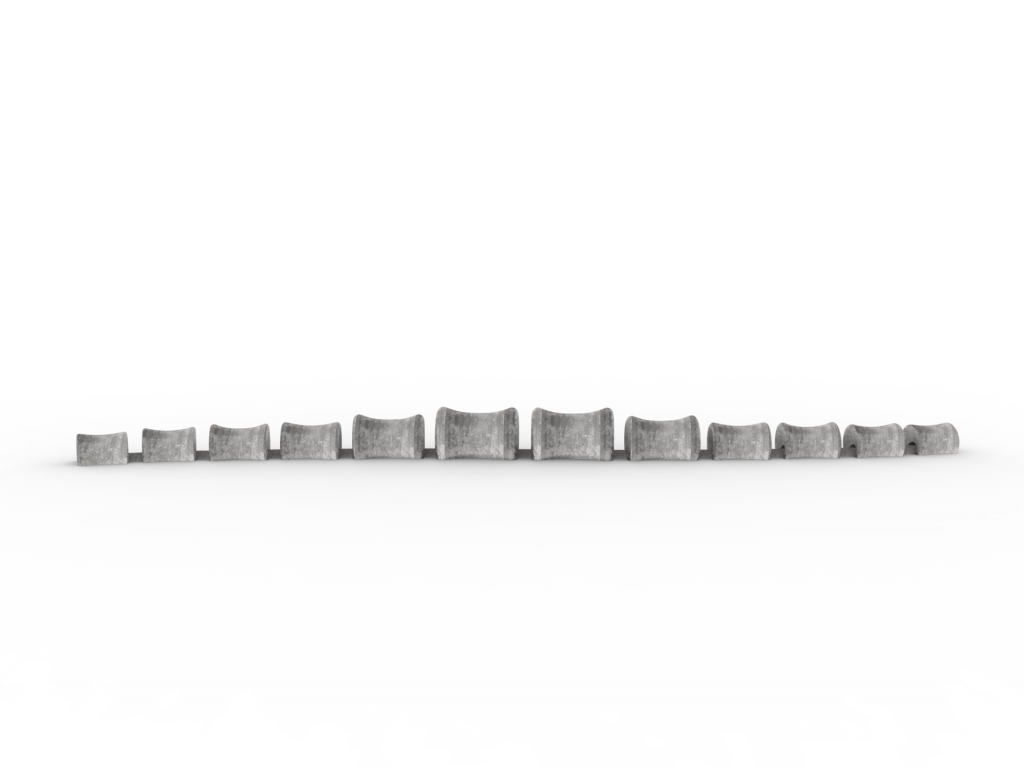 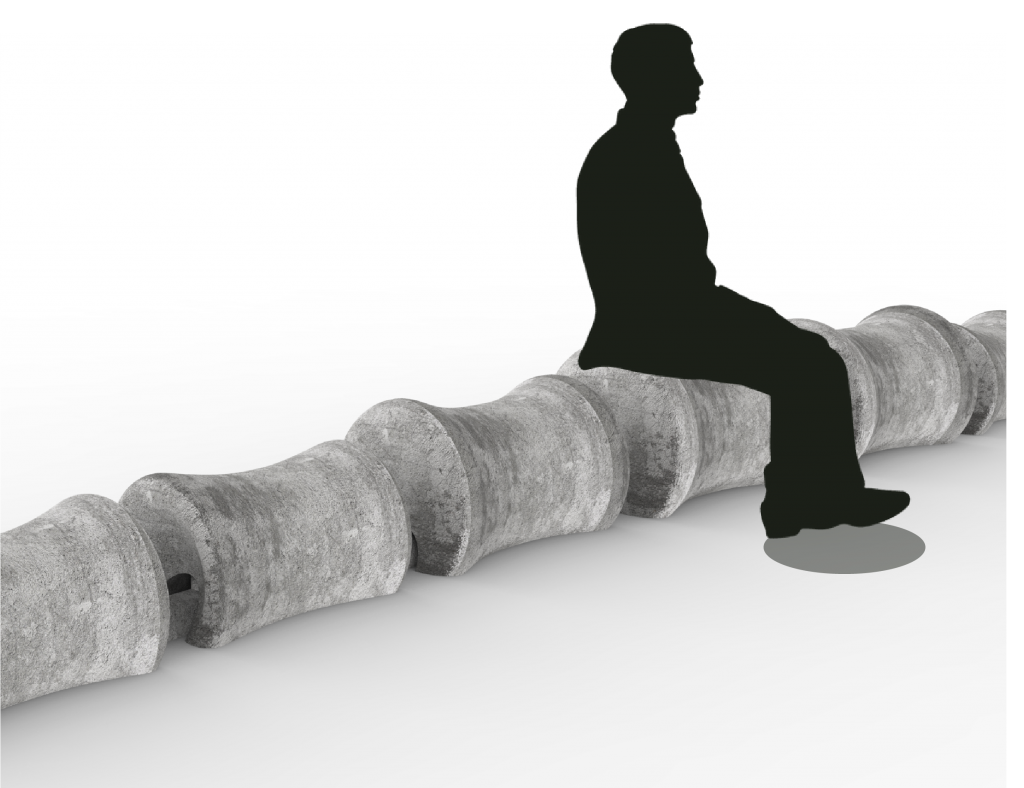