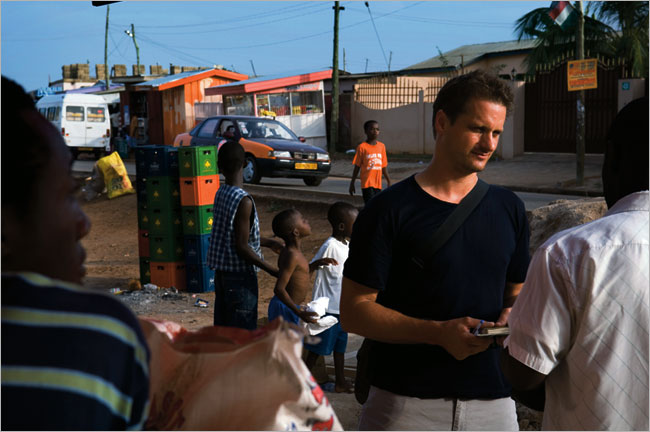 In Chipchase’s 2007 TED Talk video, he pointed out three items that he felt was essential to us in our daily lives- wallet, keys and phone. Till this day, I believe that these three items are still as important as we go about our everyday lives and sometimes to the extent that we’ll panic and worry if one of these go missing.

I find it interesting that even in developing countries such as Ghana are also strongly dependent on money and mobile phones, which essentially proves that these are methods for survival. The method of transferring money using prepay cards reminds me of the term ‘reserve innovation’, where less developed countries or industries innovate and then these innovations are distributed into developed markets. From just a small business in transferring money through mobile phones as a means to survive, this proves that even with few resources people are able to adapt and come up with ideas to make life easier, which I feel how designs should be. In this case, Chipchase has correctly predicted the future of transferring money, which is now what we call iBanking.

Even though having a one-fits-all tool like iBanking that can be useful for people in both developing and developed countries, some technology may not necessarily fit the needs of everyone. For example, for someone who might only need basic applications like instant messaging, a universal phone like the iPhone would seem like a waste of resources. We get too caught up in having entertainment in our phones and we end up developing applications that do not serve the basic needs of some people who are suffering from real life issues like mental illnesses or starvation. I feel that to create something of worth, as Chipchase has mentioned, we need to move towards listening to people and get down to creating something that helps us to survive.