The Paddler is an exhilarating good old race to ‘fetch’. However, in our version of the game, the catch is that both players will have to move around the space and see their surroundings through the use of a human-sized vehicle we designed and created.

Both Players will lie down on the contraption and paddle using their arms, as if they were on surfboards out at sea. Their view will be obscured by the veil of black plastic bags we placed up front. In dark alcove, there will be a split screen which shows the live-camera feed transmitted from small webcams that will be fastened on their arms. They will have to choose between pausing their movements to ascertain their situation in space with their hands or continue traversing the floor without a clear visual on their heading.

Caught in a dilemma between sight and movement, we hope that our participants enjoy their turns on The Paddler.

Here are some of the photos for the Paddler: 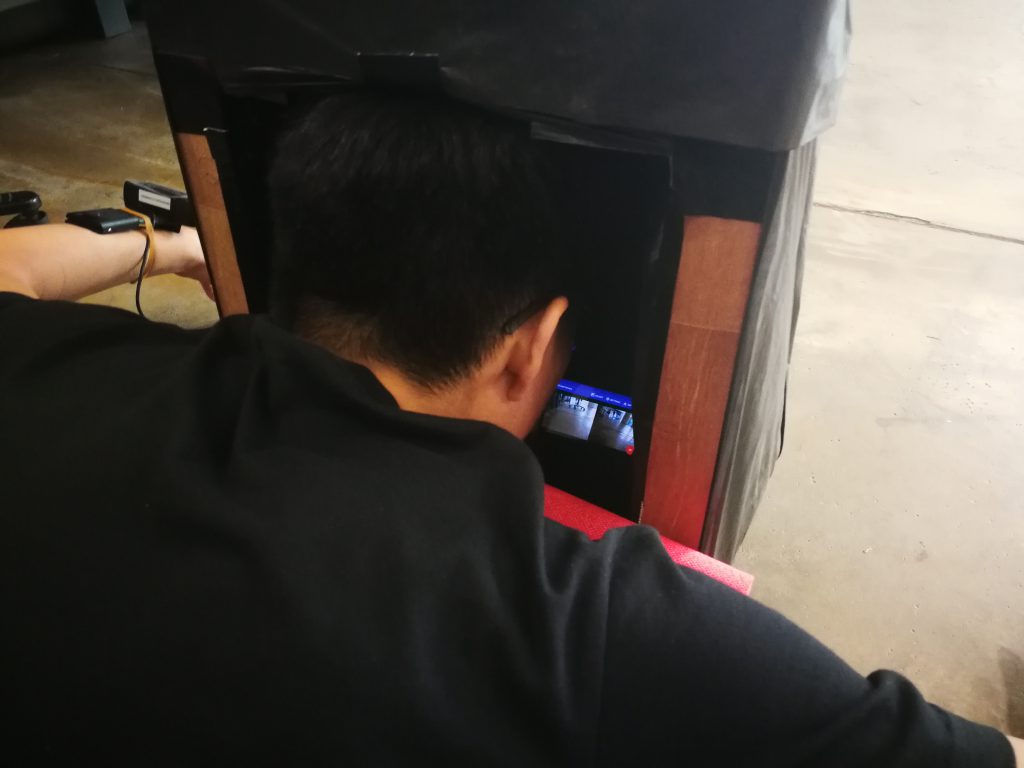 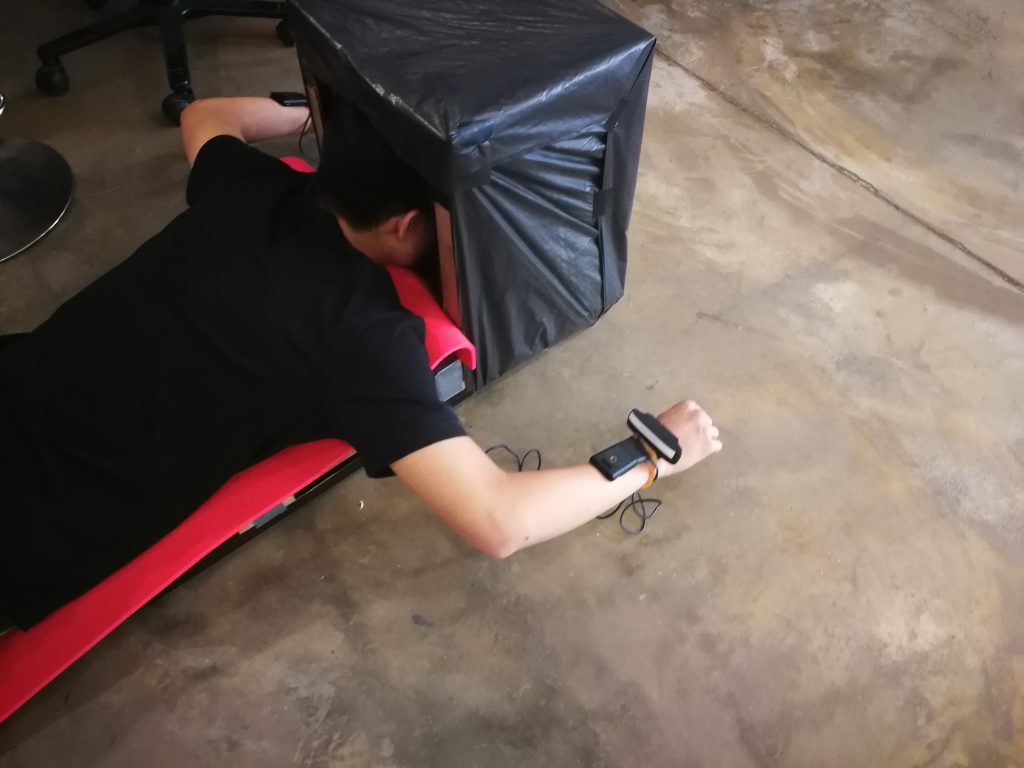 This is without the improvised velcro

Trying the paddler before giving the participants

When we are testing the system 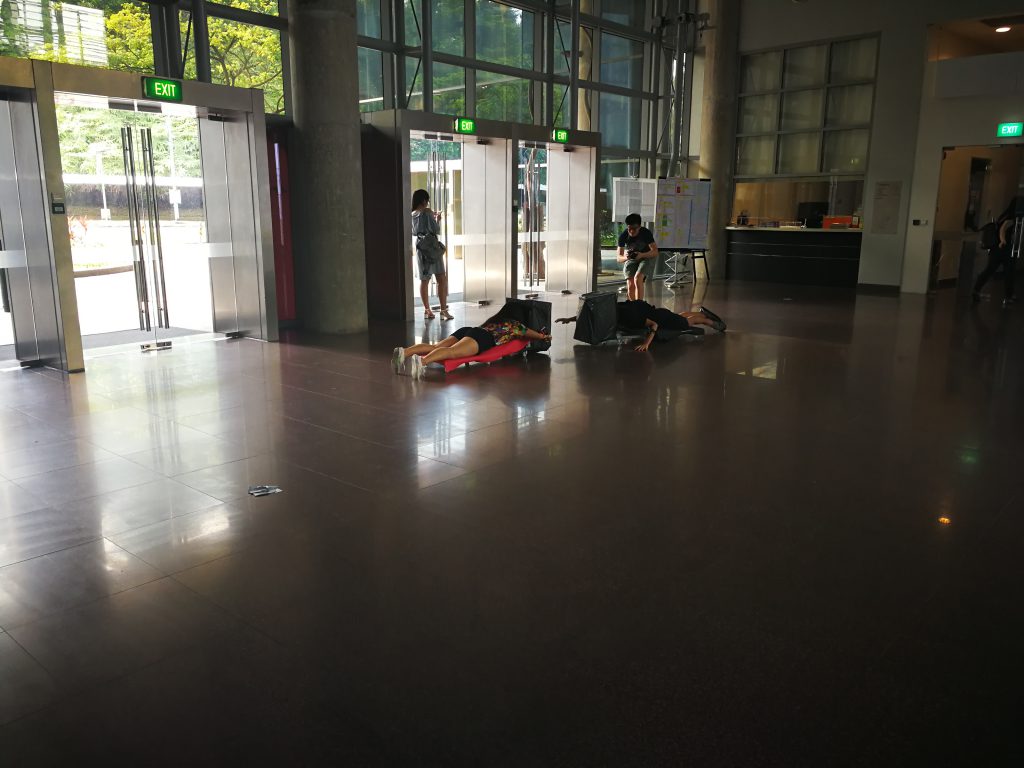 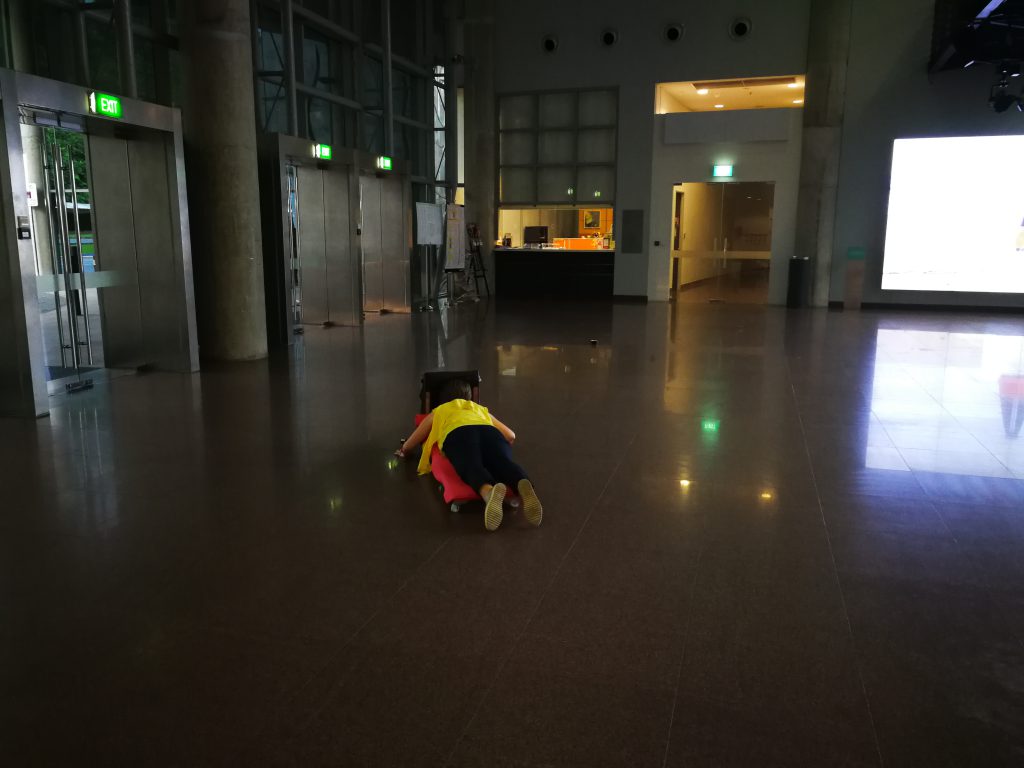 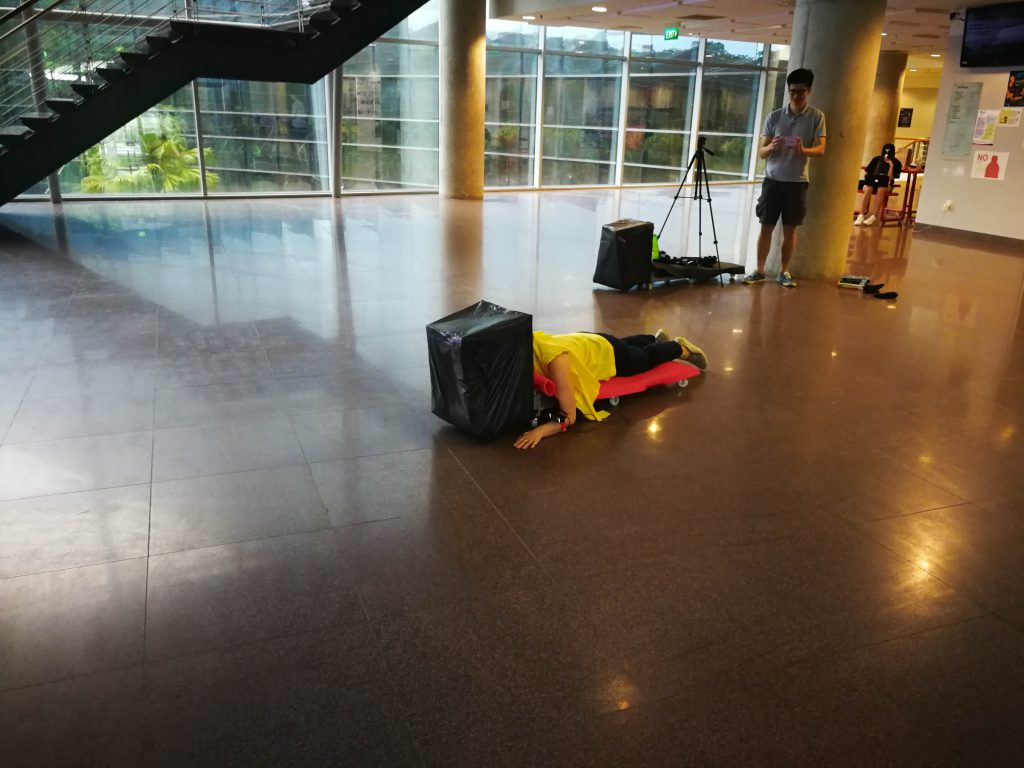 We also invited Kristy to play the Paddler