Final Project Update by Bao and Fabian – Update ONE 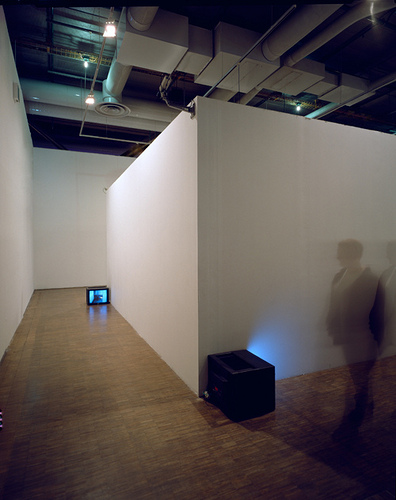 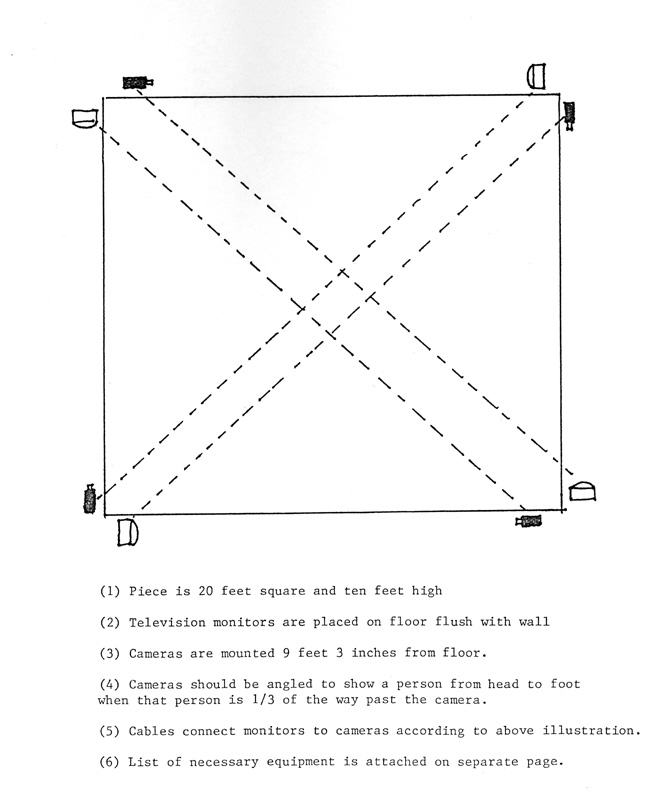 This is a simple yet intriguing complex installation. Participants move in a square corridor, clockwise. At any one corner of the perimeter, they see themselves on the television set placed in the next corner. The television plays livefeed captured by a camera in the preceding corner. Hence, moving through the space, participants are disorientated by a sideview perspective of themselves, captured from behind, going around the corner, on the television ahead of them. Each time they fully round the corner, their television image does the very same. An endless loop of chasing oneself and never quite catching up. Participants become their own performers in this artfully constructed situation. 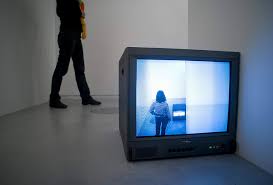 We are inspired by this work. Working towards the final project for Interative Spaces, we currently wish to work with these 2 rules to govern the space in which our participants will find themselves in:

1. Participants will always perceive their body in space from the 3 rd person perspective (from the back and perhaps slightly higher).

2. Participants will always perceived a time-lagged image of themselves as compared to their own physical movements. 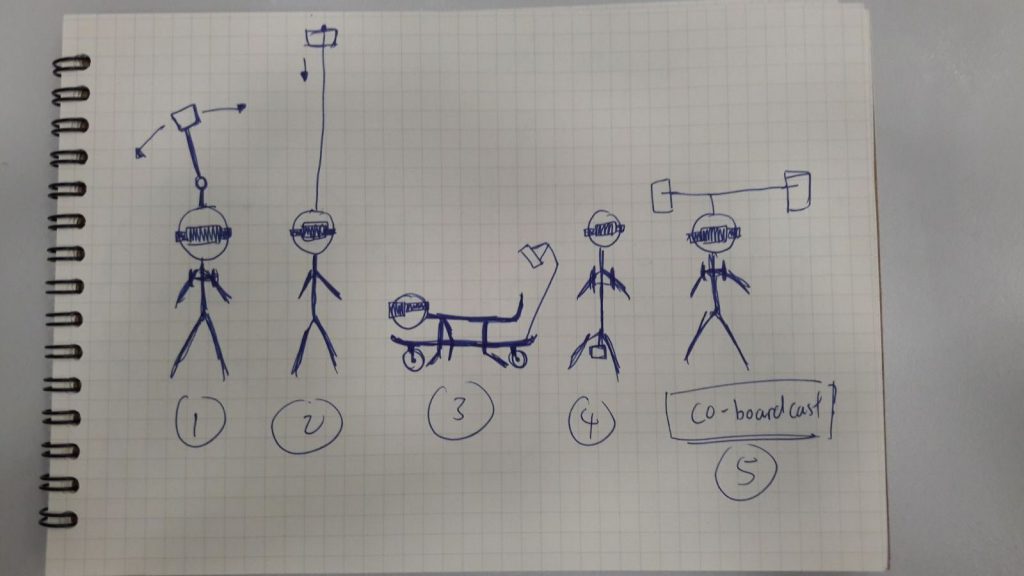 These are the five set ups we have came up with. In all of the set ups, the user is wearing a google cardboard-ish screen.
1 – A camera attached to a servo motor to create a swirling movement.
2 – A top down view of the user
3 – A backview of the paddling user
4 – From under the crotch perspective view
5 – Double vision with two cameras and one receiver hat the user is wearing
Quick details (Analog)
Material: Cardboard / lightweight, Mirrors
Dimensions: Human-sized wearables / vehicle
Texture: cloth / comfortable in contact with the body
Color: bright prominent, we want the participant to be like a performer and onlookers will watch this performance
Components: preferably configurable, we will make detachable parts to investigate the best configuration for the final version of this project.
Refined Ideas 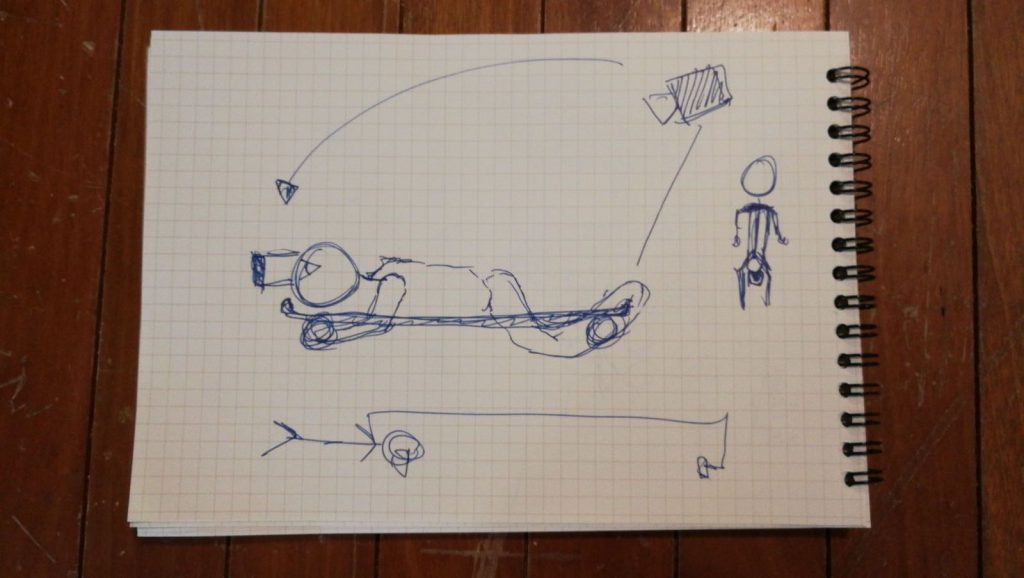 Our concept is to construct a series of wearable or vehicle that alters perception by playing with delay and time. The user will have to look into a cardboard screen (like google cardboard) to use it as a guiding system to move around. The screens shows different views of themselves from different angles depending on the set up. The above is a concept paddling board that the user has to operate by hand to manoeuvre around. 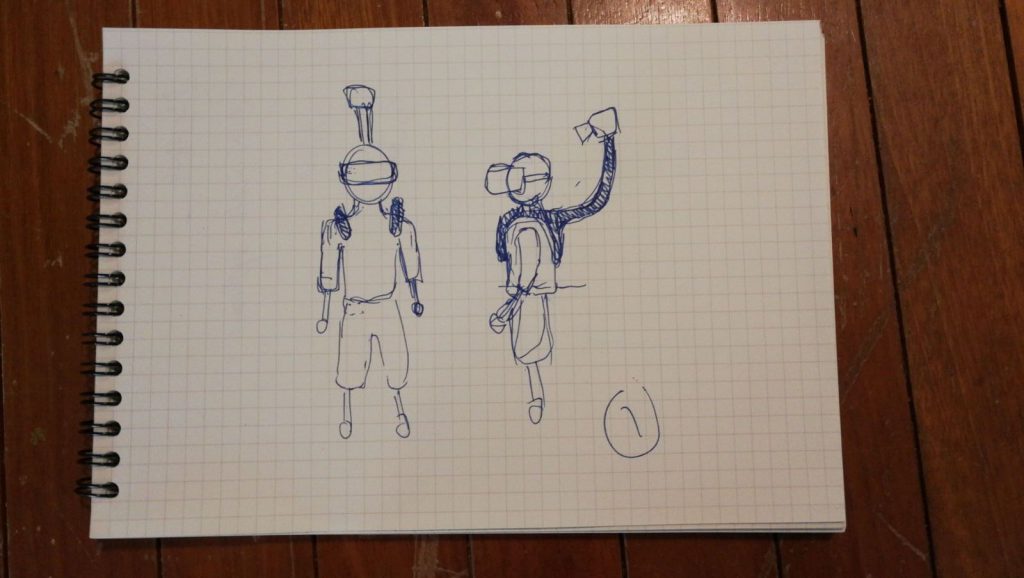 The above is another set up from the same concept. It is a third person view of the user looking at his own back when trying to move around. Since there is delay in the system, the user has no realtime information on what his environment is like.

Perhaps this could lead into a ‘social media metaphor’ like how we are constantly engrossed in those platforms and trying to chase our own online avatars. We will do a preliminary exploration of this concept and social commentary by using Facebook Live for an initial set up.