I decided to change my concept from looking into the future to looking back from the future. With this shift of perspective, I realised that more could be done with the concept regarding anthropecene. In this update, I will explain my newer idea with consist of surveying groups of people to get feedback for my work. I guess this could be the audience participating in my artwork.

I will be making a installation with multiple kinetic sculptures in the collection.

My idea revolves around a marine biologist who lives in the year 2119 where all marine creatures are extinct due to an array of pollutions(caused by humans). To educate his people, he wants to build a collection of animated marine creatures sculpture that could potentially be placed in a museum for people of his time to look at how marine life looked like if they (marine life) are still alive in 2119. His research on marine life is collected through talking and surveying people to create a reference library about the creatures that existed during the year 2079 where marine life might still be around. He wanted to know if there is a chance to preserve any marine animals, what would people choose to keep? He is curious about how they moved? What features do they have? How big are they?

To create conversation on the effects of human development (pollution) and how it affects future environments.

There is 5 phases in this project. Each phase can be overlapped with another once I start building.

Initially, I wanted to ask the participants to list out 5 creatures of their choice to preserve but I realise people may lose interest after thinking of 3. And with the addition of describing the creature they chose, it would be very discouraging for them to think of features for all 5 creatures. Plus, it is very time consuming. It would take roughly 2-5mins just to describe one creature. Having 5 creatures would take more than 20mins. No one has the time for that.

I will be conducting survey with a sample size of 500-1000 people. This survey will be conducted through the traditional (pen and paper and asking around) and online (online survey where people can share with their friends, I can’t meet 1000 people to do this in time) mediums. The survey may include these:

1. A short summary of what the project is about

2. Participants to wrote down just one marine creature they want to preserve. Don’t worry about all other marine life as there will be 999 more people preserving them.

3. Describe with the best of your abilities about the marine creature you chose. I will provide them with paper. They can even draw it out if they want. For the online version, it is okay to pull descriptions from wikipedia or anything they want, maximum of 500 words. I will be building  by referencing your description or drawings ONLY(no photos allowed). For guidelines, there will be some prompt questions such as:

4. And lastly why do you want to preserve it?

5. Do write down your name and phone number/email address if you wish to see this exhibition (a year later) and see how your comments impacted the final look.

I will start conceptualising the look of the creature once 10 people has described the same creature. There will be a list to indicate to people if an animal has been preserved or not.  I will also do surveying constantly to increase the chances of making a more accurate model of the creature.

The conceptual features, movement, color, materials and location of features will be followed closely with the description as the sole guideline of the creature. I all also bare in mind that these sculpture will be built from the perspective of a marine researcher in 2119 where he has no reference.

After having a few rounds of sketches, I will start to purchase materials for the sculpture. There maybe times where I have to 3D print a part or use found parts to create this creature. It is very exciting for me to construct sculptures out of very unusual stuff I find.

For these creatures, I would probably be using 3D printing + motors + metal mechanical parts to ‘animate’ them.

Once I have enough creatures (maybe 20?) or when January comes, I will have to start curating them for a ‘museum’ experience.

for my further research, I will be watching marine documentary series to further my knowledge on marine life. In this project, although it is better to know nothing about the creatures, I believe that I should learn more before unlearning. This will help me create a believable yet a creature which has the features of all the description but none have seen before.

Should I include a story into the survey. Such as:

Help the marine scientist to show his people on how marine creatures look like when they were not extinct. Followed by the short intro.

I am leaning towards giving the participants a very concise context so that they feel more engaged.

Choosing by drawn specimens in a book?

Should I show them illustrations of marine life to create a wider range of selection they can choose. Probably showing a book of creatures if they can’t think of any creatures to choose? 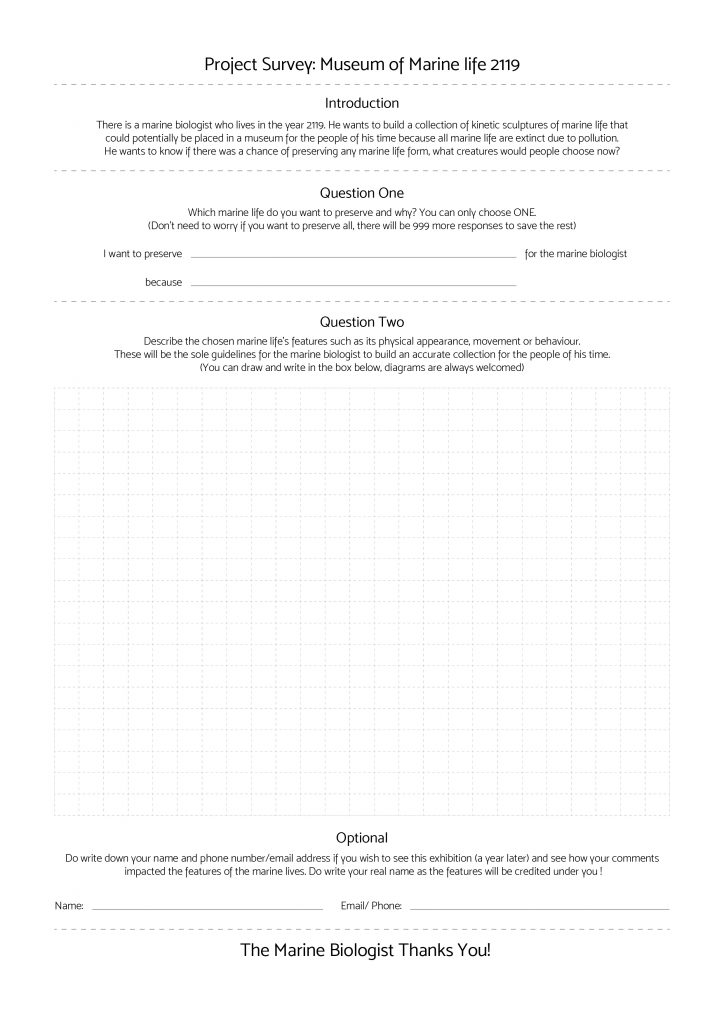 I am not sure how to present these collection yet but is would most probably be in a layout which suggests the idea of museum. Below are some of the layouts which inspires me 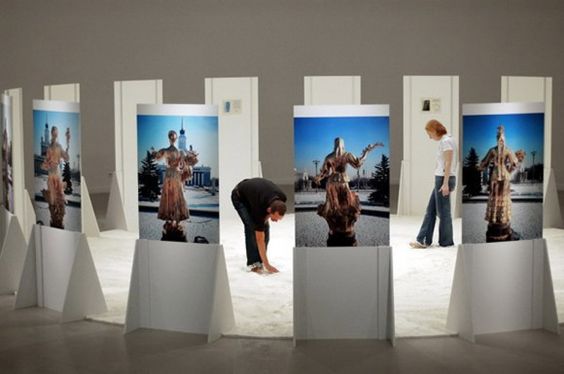 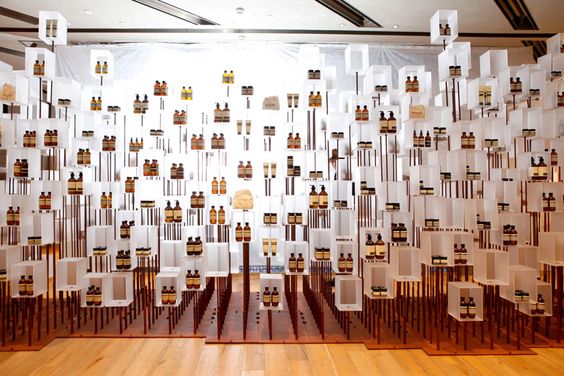 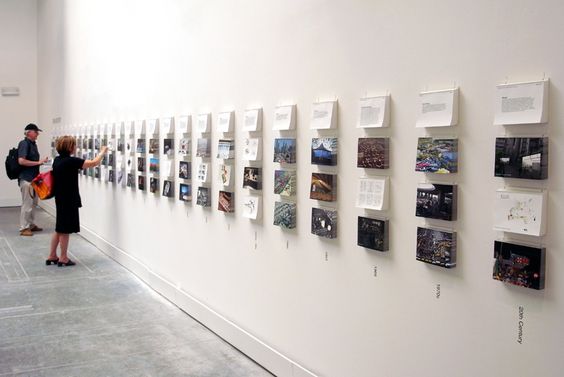 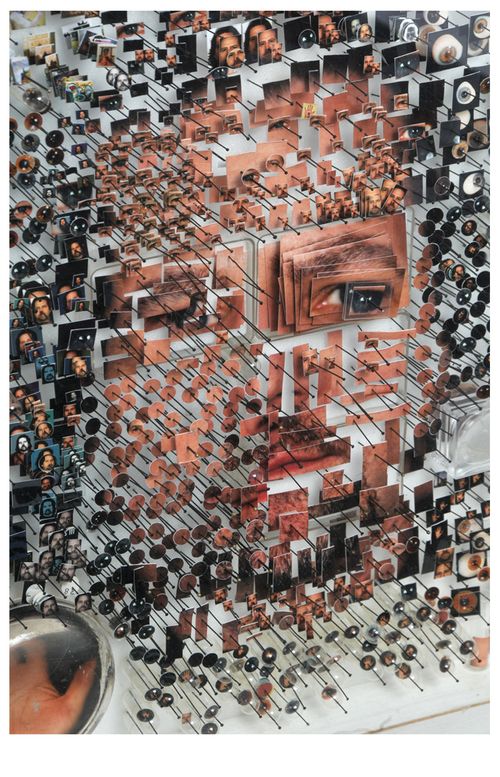 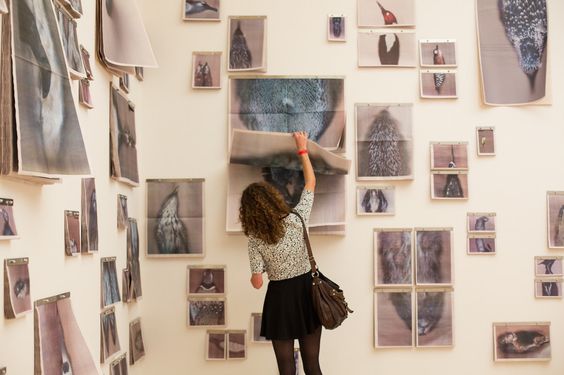