For the upcoming goals, I will be adding a visor to cover sight and a ultrasonic sensor holder to the headset. In order to create the visor I focus on two major problems. First, what the measurements of a average head? Second, how many motors do I need in order to lift the visor with only using a power bank with a output of  5 V and 2 A? 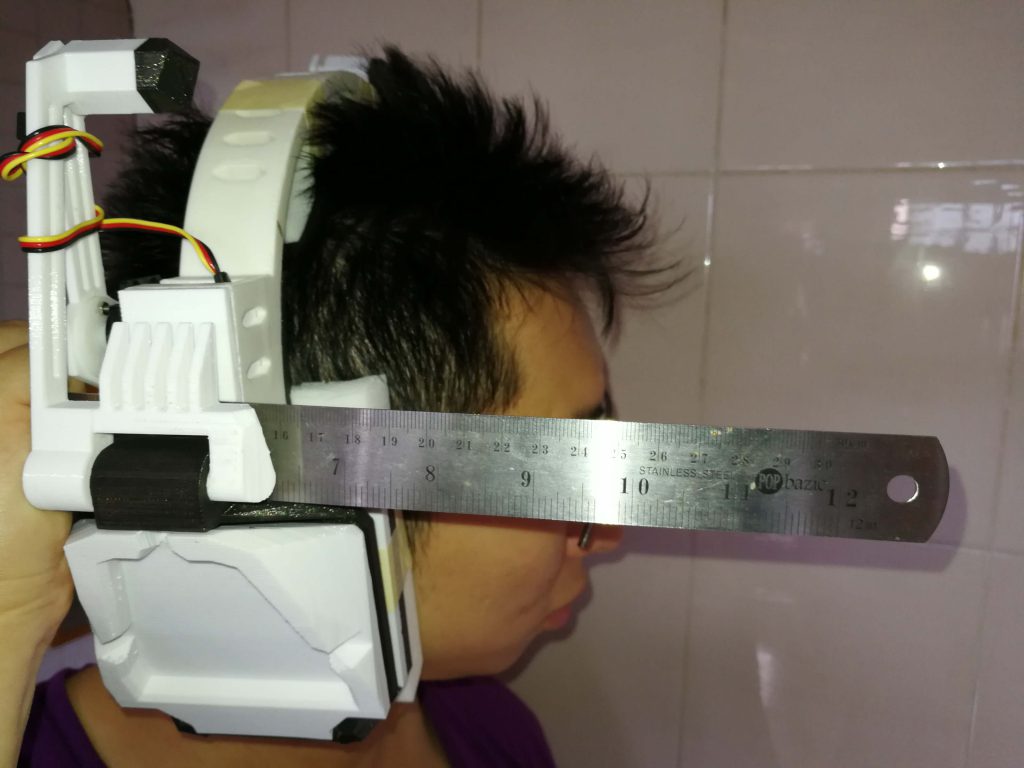 I tried to measure the distance between the centre the headset  to the front of my nose but I failed due to parallax errors. 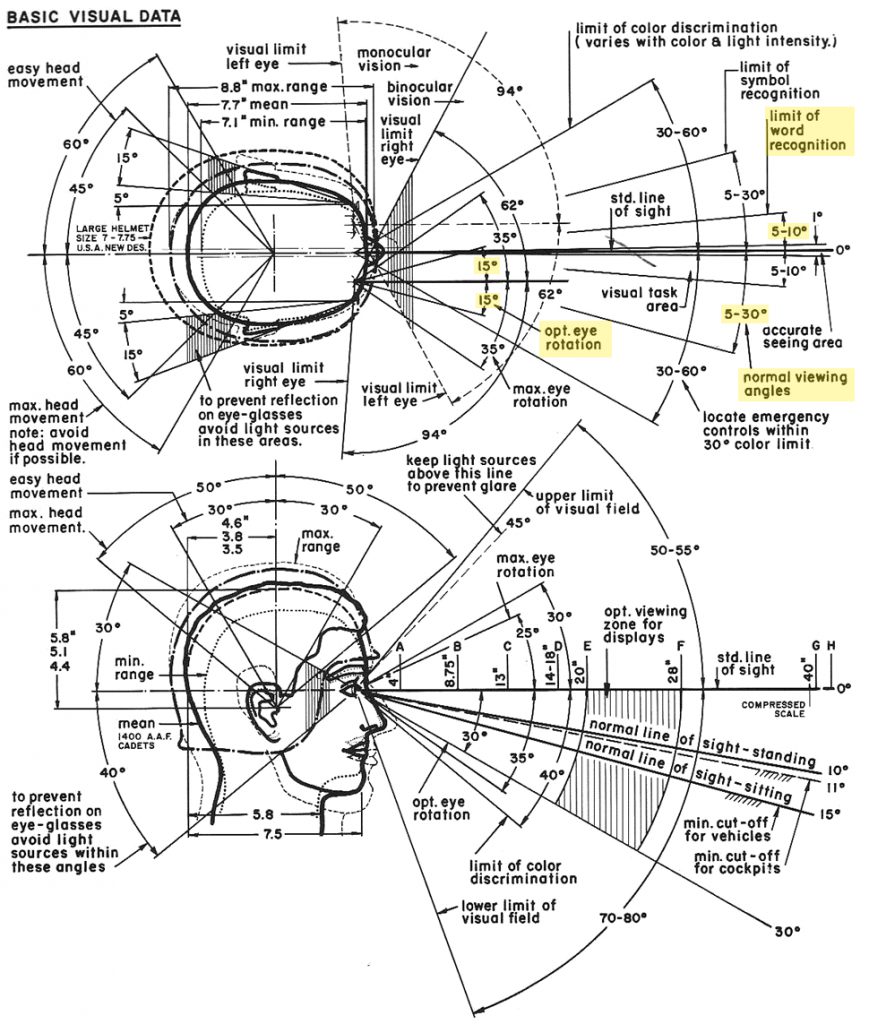 Then I decided to look up a average head size chart for the ergonomics I need. I was quite surprised that the total length from the centre of the head to front of the head is close to 10 cm. Deducting the length of the headset(1.5 cm), and adding the offset from our eye(3 cm), I need to make a arm that has a length of 11.5 cm away from the motor. This means that the motor can only lift extremely light weight which poses a problem for design the visor. 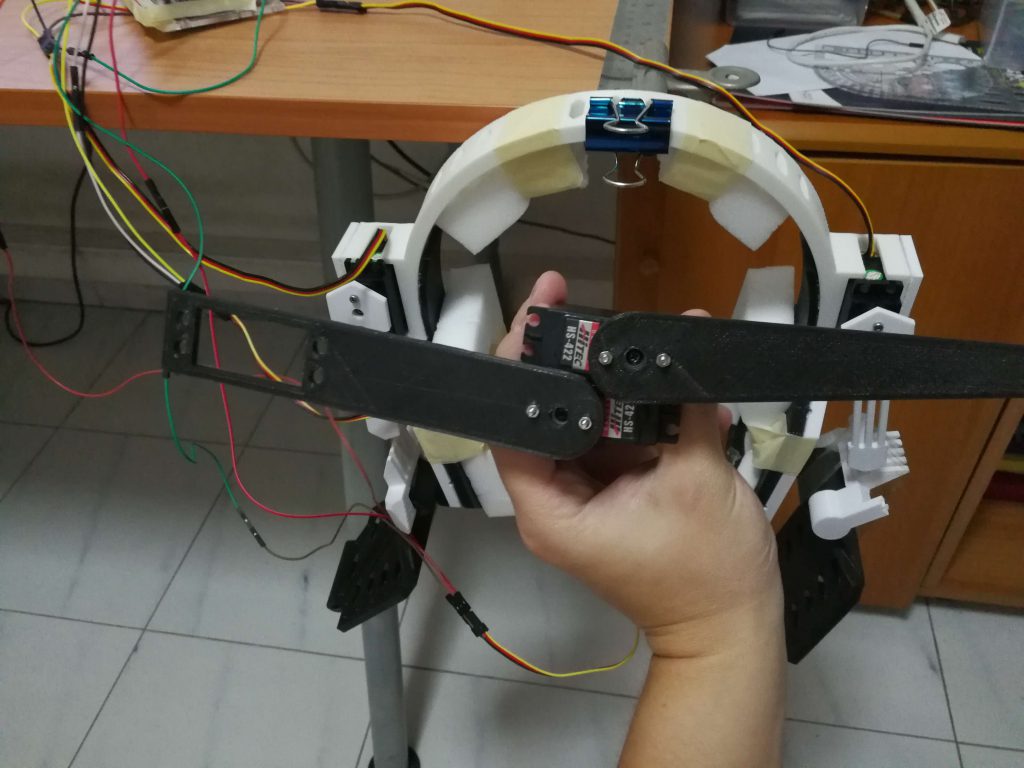 I decided to test how much load the motors can carry only using a power bank. Here are some of the components for the test. 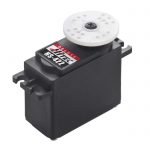 Panning means the motor is in above position. Panning uses less power to move a part with same load as compared to lifting it.

Here is a list of combinations that is possible to work:

Here is list of combinations that is not possible work:

The reason why I didn’t choose the panning set up:

Panning takes up more space for the movement as it is moving in a rotational manner. This means the arm of the visor will be way longer, maybe 20cm? If there are two motors panning, it will make the entire head set much heavier and the centre of gravity for the head set is also shifted towards to front of the head as all the weight will be gathered there.

For my next goal, I will try to create a design where by the motor is very near  the front of the head to decrease the distance of the load from the pivot point of the motor so that there will be lesser power needed to lift it (visor).