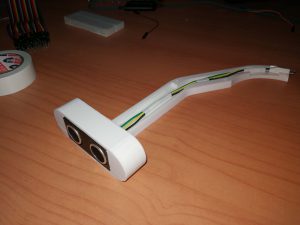 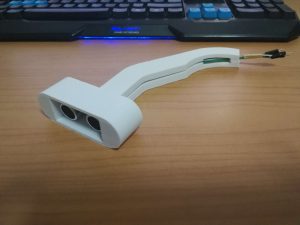 I started the final model with the testing of the ultrasonic sensor as well as making a housing for it.

Next I sand all of the white printed parts with wet sanding. The fine particles of PLA when inhale causes harm to the lungs in the long term, thus, wet sanding is a safer protocol as compared to normal sanding as the water ‘absorb’ the fine particles that are being produced during the sanding process.

Before building my visor for the final model, I decided to make one for testing. The gif above is the testing visor.

This is the process which I use glue to put together the frame of the headphone. 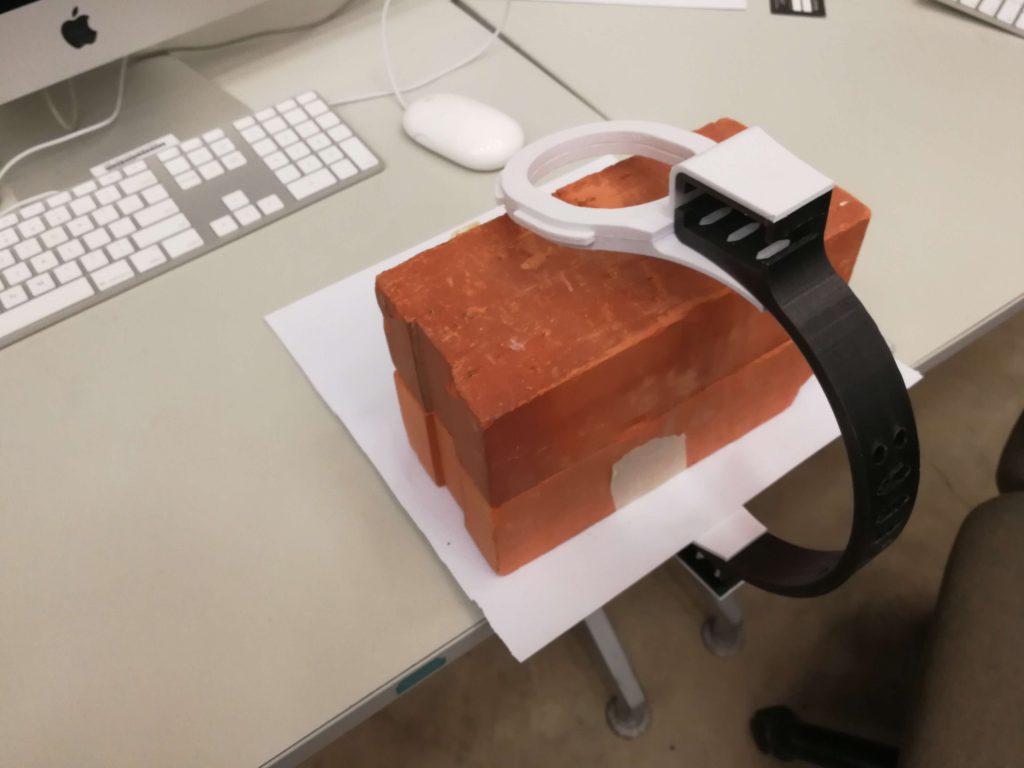 After which I clamp the headphone so that there is a less visible seam/ parting line.

Lastly, I tested the whole system with the ear muff piece and visor. As seen in the Gif, the blue visor is too close to the nose when it comes closes. I decided to make a version where the ends of the visor is not  curled inwards (seeen above) but just slightly inwards creating a gentle contour for the visor.