Here are all the parts to the final model. The above is a rendering of the whole model rotating. Note that the colour scheme will also reflect on the final model. I use black as the base as it is also the part that holds all of the motors which are black. This also means that I am able to ‘camouflage’ the motors. I will be using black tape to cover the colourful wires to create a integrated feel of the final prototype.

Next I did a exploded view to show how the parts actually fits together. Note that I did not add motors and other components such as wires as they are extremely time consuming to model and render. To fit everything together, I use a tolerance of 0.25mm.

I added a transparent version just to see how it looks inside.

The cable management was the trickiest part when trying to get the assembly together.

The progress was tedious as I am waiting for the super glue to dry and concealing the wires with black tape at the same time. 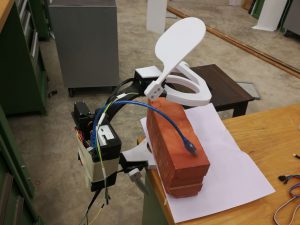 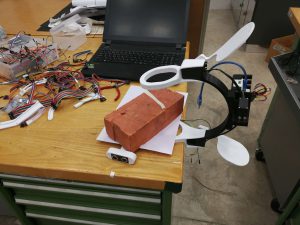 Bricks found in IM room was used as clamps to secure the ultrasonic sensor holder together. This process took extremely long as the brand of glue I was using require a longer time to cure. A piece of paper was placed under the brick so that there will not be any contamination of the debris from the bricks onto the prototype. 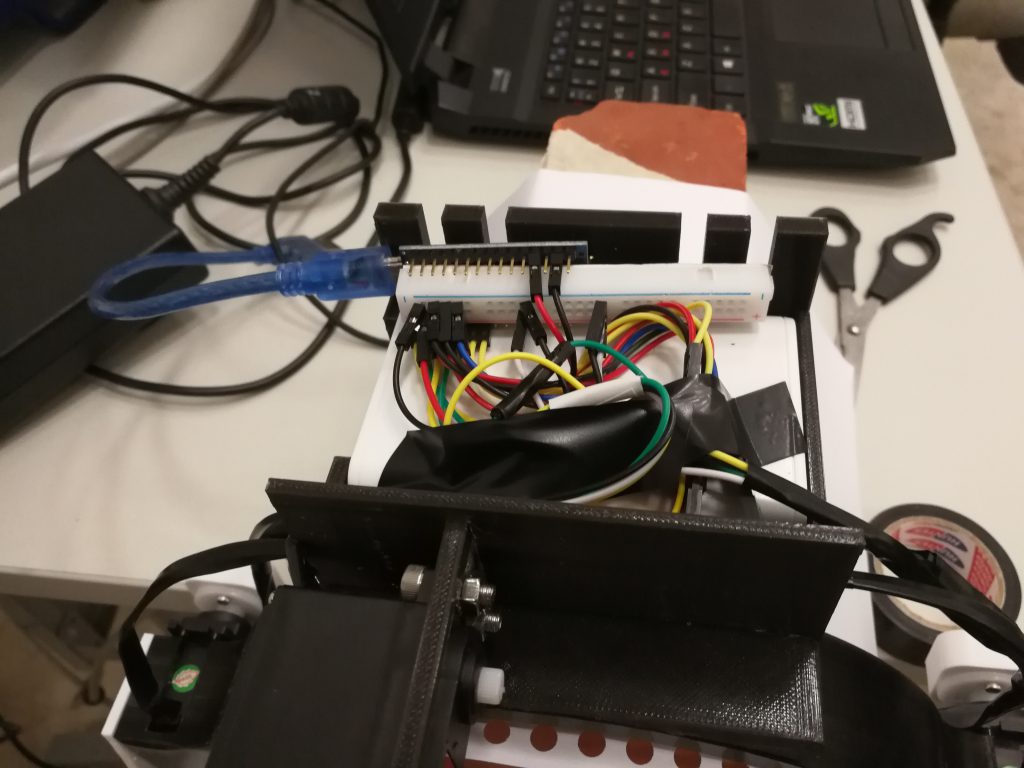 The above picture is the wiring for the entire set up with wires for two ultrasonic sensor and three motors.

The above is a rotational view of the prototype when worn.

The above is a test to see if the sensors and motors are working. Note that the left sensor is not connected to the system yet.

This is a side view of how the prototype is going to look when activated. I found that the visor was a comfortable distance when it is closed but the distance varies with different people.

For my next update, I will be adding in cushions for the ears, head and the sound barriers (that are linked to the motors). I will also add the working code for the visor to create a sense of suspense and hesitation when opening.