Following the survey, this post will be about the process of making the octopus from start to end.

A render of all 3d printed parts below:

These are the mechanisms used for triggering movements on the arms of the octopus. There are ball bearings which are used to reduce wear and tear when the sculpture is on exhibition and will be switched on for 2 weeks.

Other parts that the mechanism uses to push the arms

After adding the glass dome to the body. The glass sphere will be the head of the octopus as the survey have shown that the head is translucent. This is the primary stage of the design where I started with the head and the body as it is the most described features. This part will also be joint to arms, eyes, legs and tentacles. 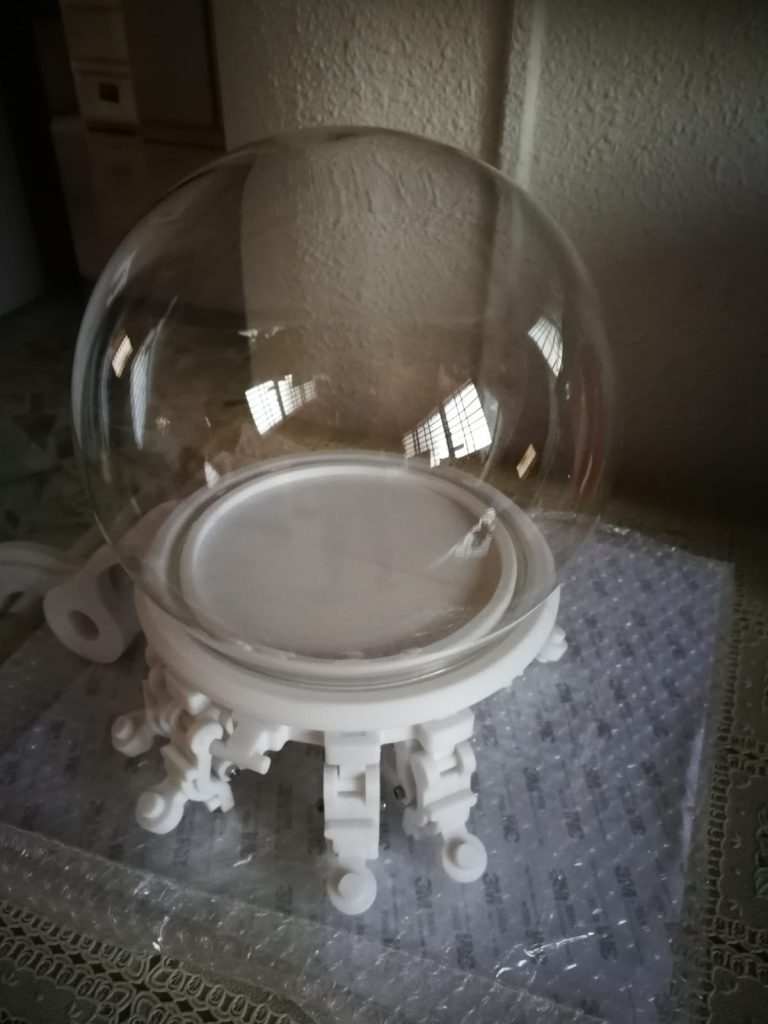 The mechanism in action below

Theses are the legs of the octopus. The joints will be glued once I have decided how the whole sculpture will look.

Process of  gluing the legs together to form a fixed stance for camouflaging (action which is most mentioned in the survey). These legs of the octopus are designed using spider legs as a reference because spiders has 8 legs and camouflages just like octopus. This part will be joint to the bead and body. 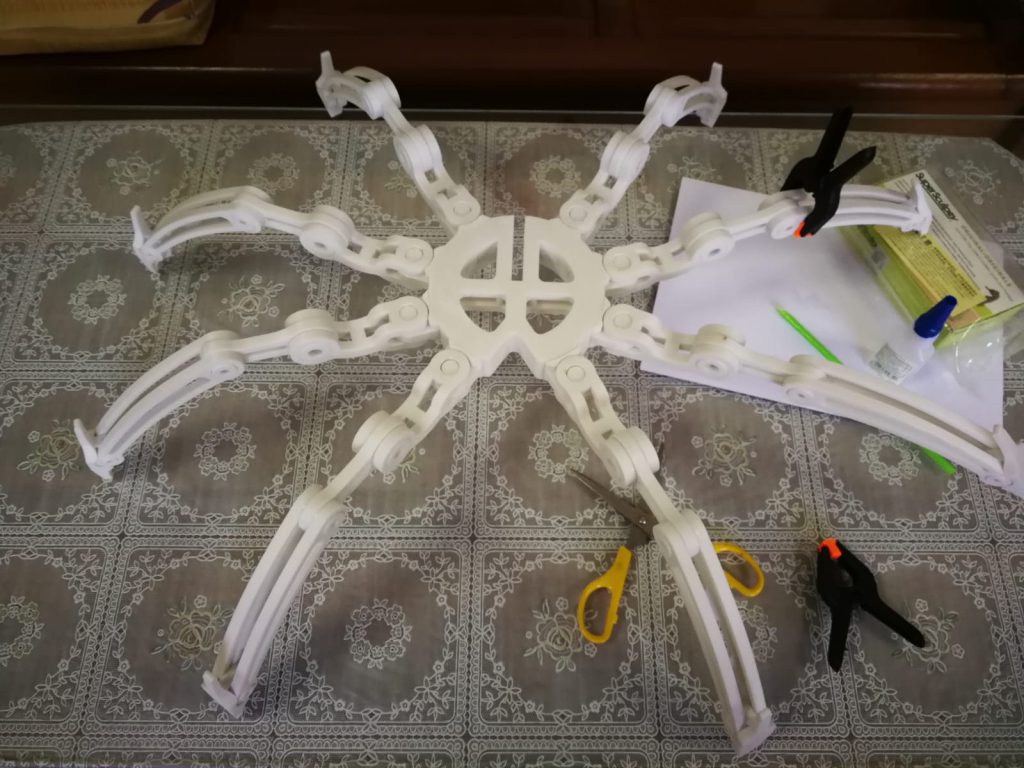 Part: Almost completed octopus with 4 glued legs (all other arms and legs are not glued) 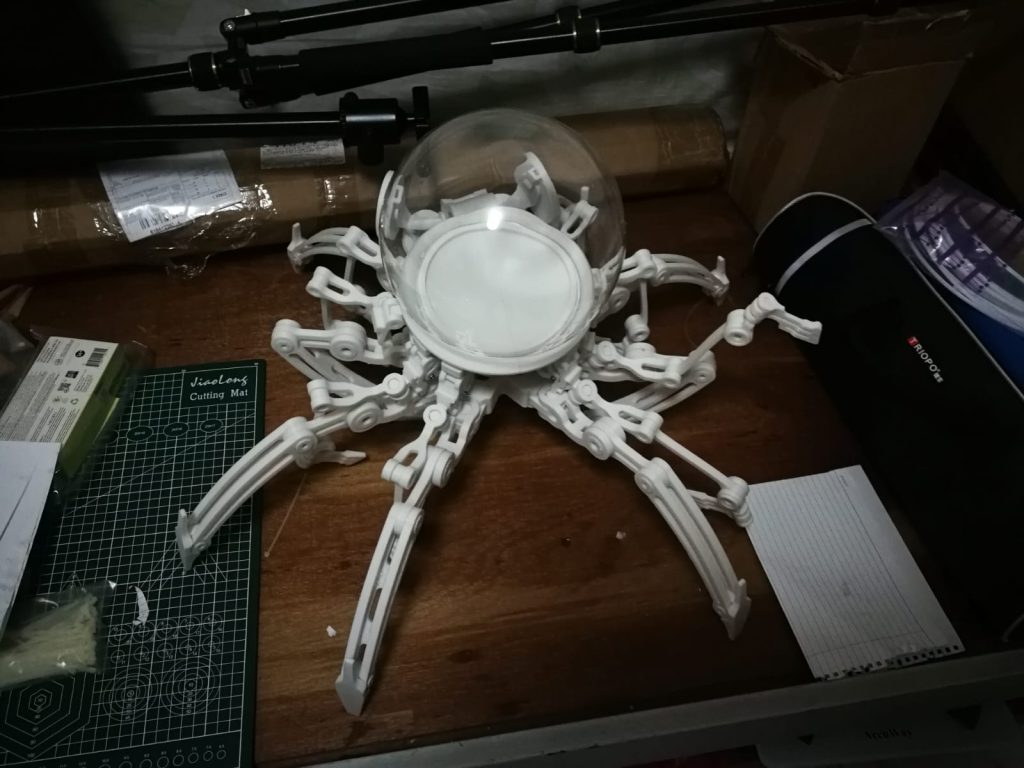 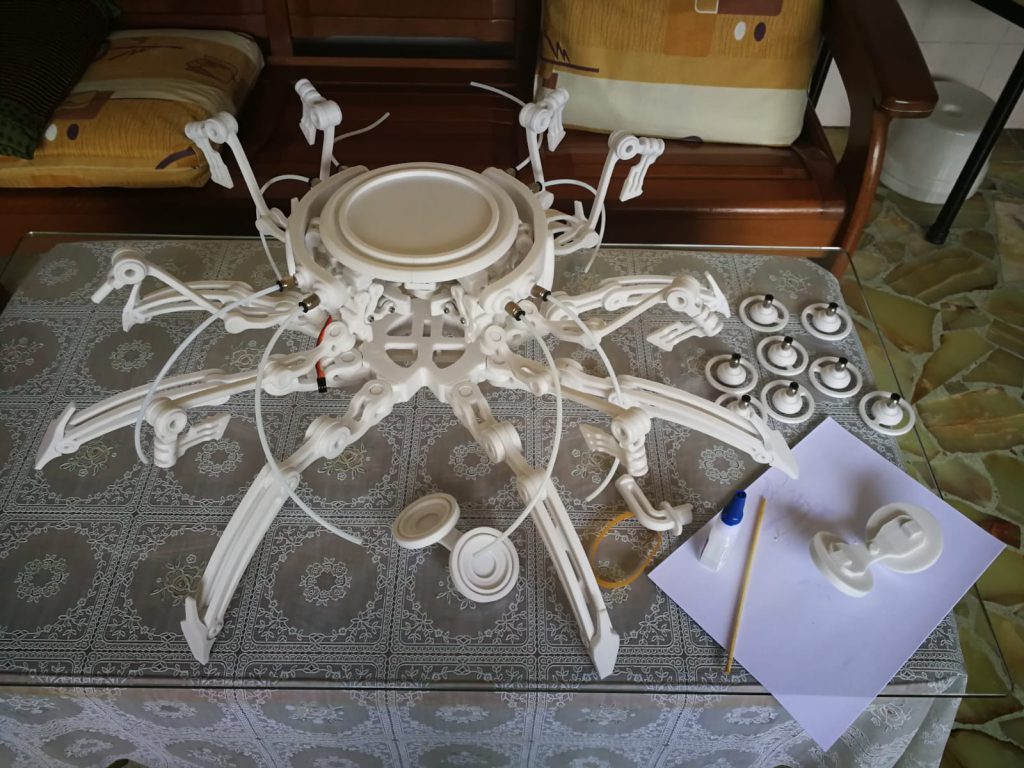 I chose to replace the end of the arms using the ones on the left (New design) over the right one (Old design) as it is fuller body. 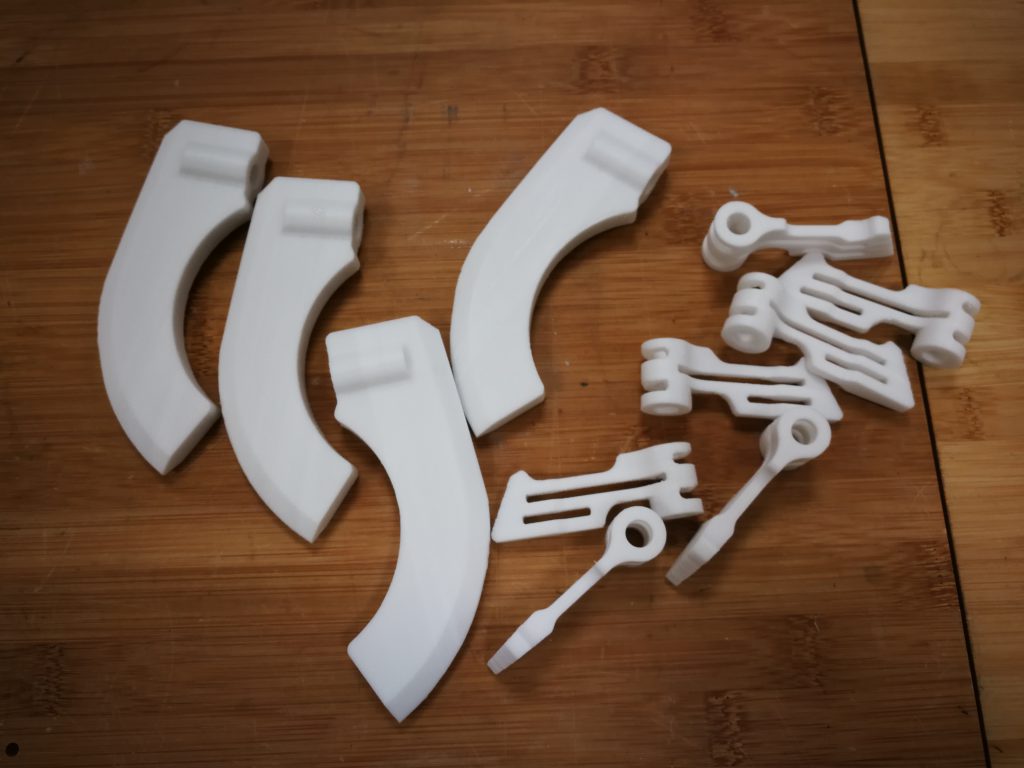