Back Story of the Gnome

The above is a video of the Drunken Gnome (Credits to ZiFeng who helped me with the video). This type of gnome can only be found in the cold climates of the northern regions. Human beings can only see these garden gnomes near the winter season as they hibernate throughout the rest of the year. Approaching the festive month, they dig out of their homes and proceed to dance in the spirit of Christmas!

This project actually talks about a person being ‘trapped’ in their own world. Some people wants to be left in the state they are comfortable with even though it might not be beneficial for them in the long run. For example, a gambler would always continue gambling money even though they are already in debt. A drug addict would always continue taking drugs if nothing were to happen to them. Sometimes there is a wake up call for them(be it situations friends or family) which encourages and help them to get out of the situation. But when reality hits them, they go back to doing whatever they are addicted to as they are most comfortable with it. Similar to the being addicted, Drunken Gnome is ‘disturbed’ when some one presses the button which makes the gnome stop doing anything that its doing and  look up at the person who is pressing the red button. Once the button is released, the Drunken Gnome will go back to moving in circles much like how an addict would do when they are ‘disturbed’ by reality and goes back to doing what they are doing.

Shots from the End of Sem show 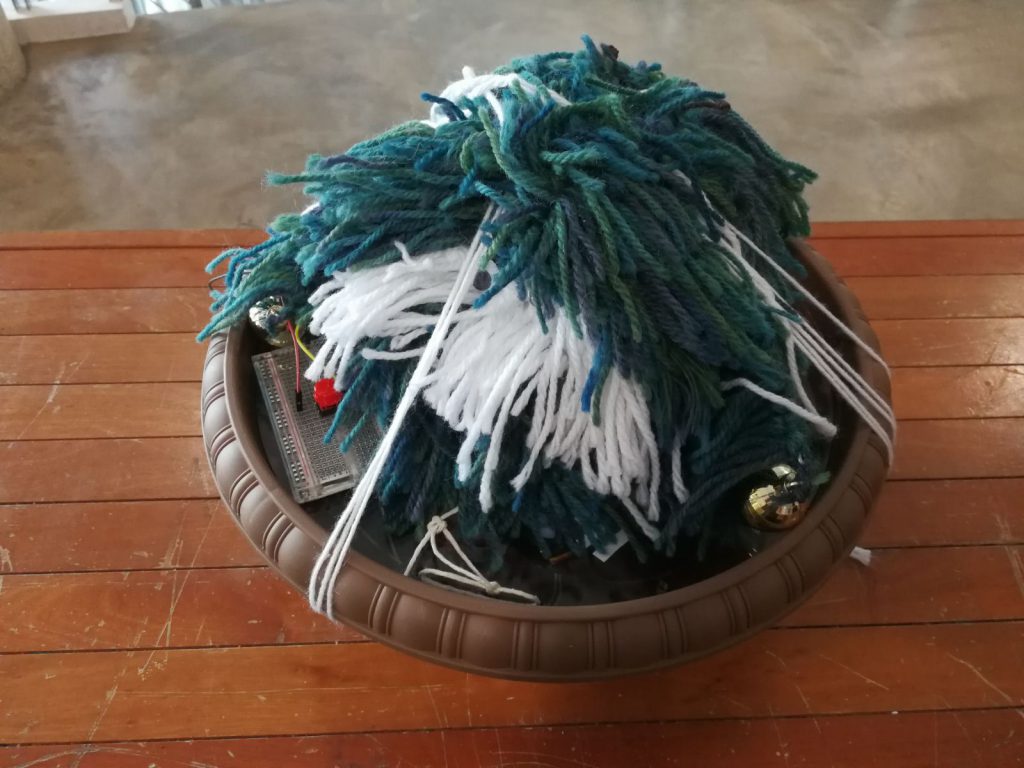 Took this out from the locker after a week’s compression of the springs. Hope it works!

There were many people touching the gnome and alot of them actually took a video and put it on instagram as a insta story. I was quite amazed by how many people took pictures and videos of this gnome. I only took one video as it was very hard to explain and take video at the same time and not look weird. Hahaha! Overall it was a really fun experience knowing that many people wanted me to make and sell it to them. There were a few who wanted to buy it on the spot (for Chirstmas) !