Robotics Project Update #7: In the pot

My main focus while calibrating the length of the strings is the recovery to its original position after a string is pulled. From the above Gif, we can see that the structure is successful in doing so.

I did a testing of flexibility towards every direction it can rotate.

Played with the springy structure to see the maximum compressed length it can go. 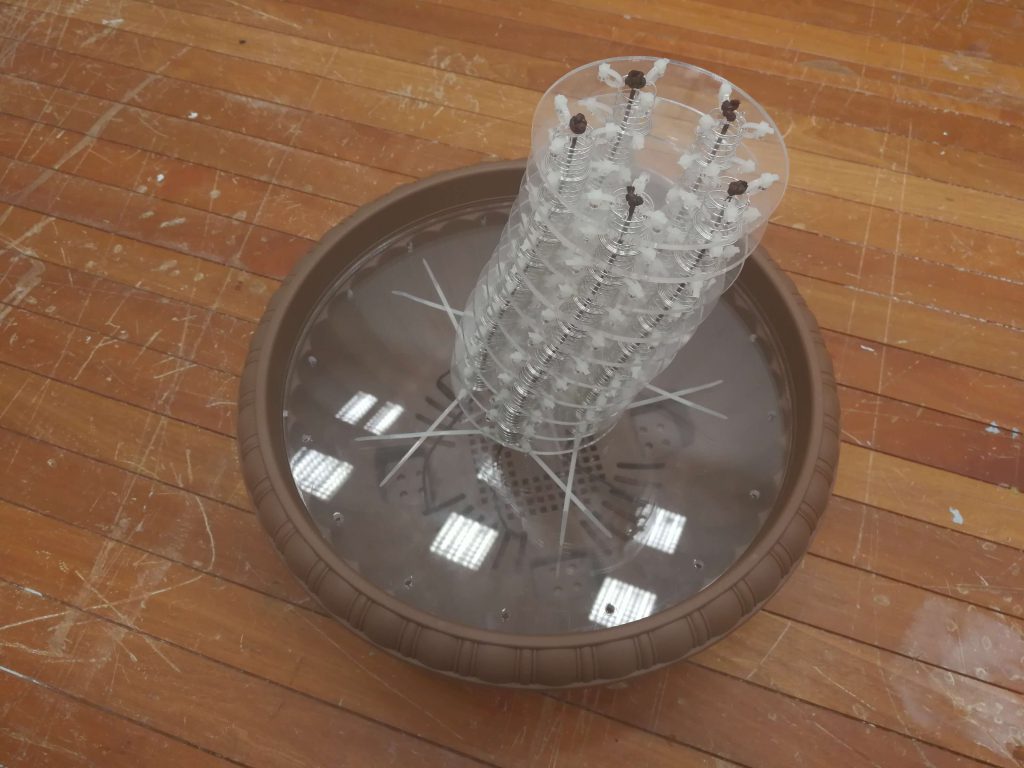 The base of the acrylic was cut to fit into a pot I found at Daiso.

Construction of the failed arms

Then, I tried to make some arms to help the set up move. It is a semi circle and it will enable the string to move more distance than if I were to use a arm set up. The gif below is a failed attempt on the design as the distance moved is not as far as how the strings are intended to be pulled.

From the gif, we can see that the motor needs to turn 180 degrees just to get a full range of motion from the set up to work. During this experiment, I realised that I am able to utilise space on the underside of the set up rather than using the pot as a base of the motors. This allows me to use a straight arm set up after knowing that the half circle arm does not work.

After testing and measuring the dimensions I needed for the newer arms, I decided to throw them away.

For my next goal, I will make a straight arm design that allows me to use only 90 degrees to pull the intended distance of the string to create a full range of motion for the set up.