Robotics Project Update #9: Decorating and getting it to move

Testing the motors and labelling them is a good idea to know which motors are activated.

When I am making the weave for the fur of the character, I decided to use this method shown in the gif to make it. It was simple but really tedious. Below are the green fur I am using. 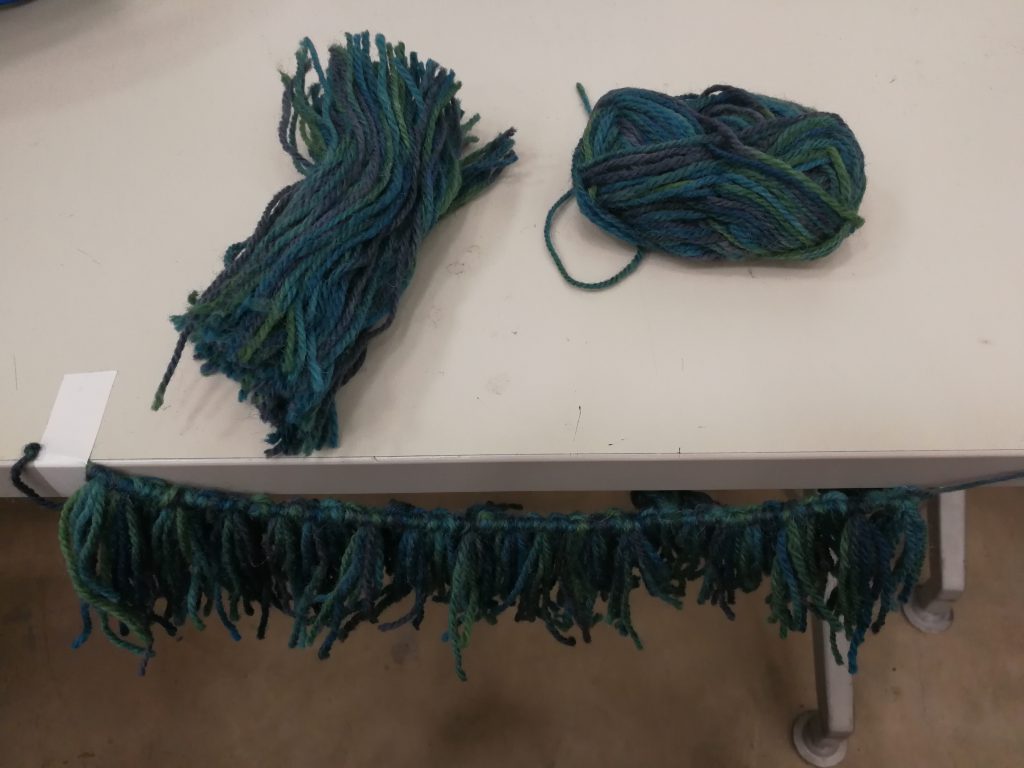 The fur coat (after adding)

The fur coat is very light for a layer but the weight adds up and after I finished the last layer together with the hands, the whole model is slanting towards the back.

Movement of the drunken

After trying some combinations of actions, I decided to go with a drunken look for this character. It is very interesting to create this movement as it should give out a certain perception of drunkenness which is often jerky and random which also works in this project as the interaction between the motors and the fur coat up is not smooth as the fur coat is rather heavy. Sometimes, the Arduino does not execute the code when I connect it to a power bank. After doing most of the coding, I realise that I am starting to hit the limitations of Arduino.

The Code is as follows:

The code was not much of an issue as it is quite straight forward. Since the prototype is only using three motors, I think a power bank should be sufficient to power it. For my final prototype, I decided to make a character rather than a already known symbol of fun (the inflatable man). I decided to make this character because of the limitations when the wool is attached to the spring structure. I this character falls under the category of animatronics as it is a fictional character. For my next update, I will be adding the name and the final video for my prototype.