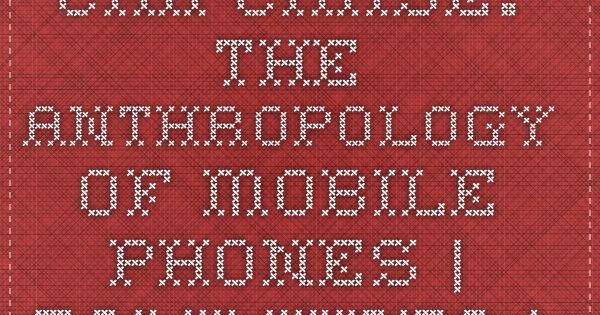 To understand people Jan Chipchase starts from the very basic “what do people carry” which will leads to people’s conscious and subconscious. It shows what people values and what people usually use. I felt it still very relevant now, the three things: Phone, money and keys. Reflecting on myself, thats the three thing that I would carry even a short trip downstairs. That bring us to the next point that he mention in his research was Survival. We do that subconsciously, just in case we need those item out of a sudden.

Another notable point was mobile phone can transcend space and time where one can send a message to another at their convenient. The another person can read it at their own convenient too. However I felt in the present days, we took this convenient for granted. Sometimes, probably during argument with another party on WhatsApp I would constantly check if that party have read or just ignored that message. Or even there is a function like last seen and blue ticks to indicates that person last activity or have they read your message. Of course it provides proof that this individual has read but indirectly creates some assumption or mistrust between both party.

In the part of art of delegation he talks about people who was illiterate would ask people for help to complete the task for them. It reminds me of my aunty who was also illiterate. She has memorise all her friends and family mobile phone number so that she can contact them which I am really surprise. In comparison, I could only remember my parents’s phone number.

I am also surprise to see that in India and China would repair the phones and even have a training school for it. In contrast in the present days we would just change our phones if it was broken. There is the sudden thoughts on buying new stuff might be an act of profligacy. There was once my dad wanted to sew his torn small pouch which it can simply just buy a the cost about a dollar or two. It really hit hard on me that actually I wasted quite a lot of money.

Lastly, I agree with him that people identity is mobile. It was more prominent now just like when we can assign our mobile phone to received the OneKey one time password from our Singpass. It was the security measure that everyone must set up. In summary this video are very educational which give insight about human behaviour and also evoke thinking and comparison of the present and past. In realisation we are all already connected, embracing each other from forum and learn to listen to each other problem and giving solution how to solve.