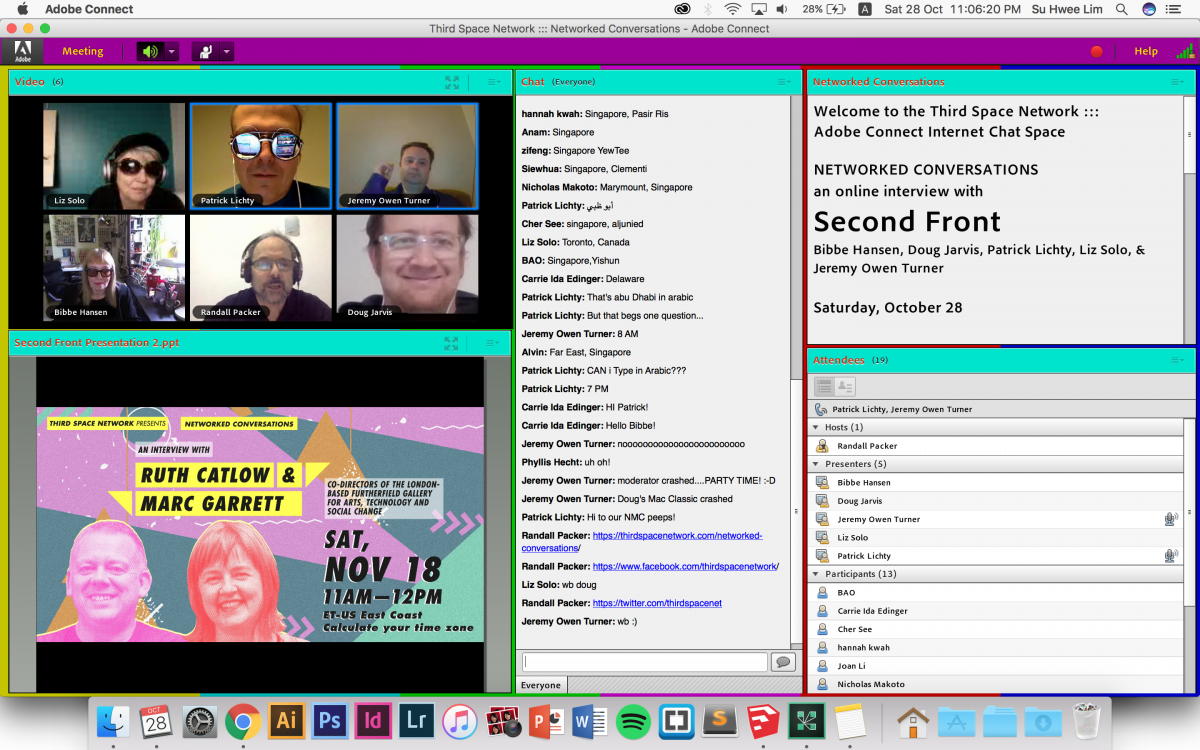 In the Second Front interview, many interesting question has been raise and discussed. There were also small amusing moment where Prof Randall suddenly disconnected due to the programme has crash, Second Front said that

Wherever we go, something would crash!

They said that in a funny way which I feel they are used to the crashing experiences working with the programmes. They seems very positive about facing problem like this and still having fun which personally I like the vibe.

It was really fascinating to know their back story about their avatars and how they came about. Bibbe leave me with deep impression that she grew up reading cartoons and aspire to be one! When Second Life makes her dreams came true being a character herself! I realise that all of the avatars they created has a common point, they created something that they have connection with. No matter it is inspire from their childhood like Bibbe or Patrick Lichty, having a form similar to Andy Warhol or Liz Solo, a virtual puppet of herself, there is a form of connection between the avatar and the user.

There is another interesting question raise was, what is the relationship of your real life character and your second life character. Again, Bibbe surprise me with her reply “Confuse”. She further elaborate about herself as a performer has personality disorder, through the character she could set herself lose. The main point she say was:

It is the world with emotions and thoughts.

Second Life is already part of her life where she can find a getaway for her emotions.

The discussion on how Second Life takes into account of audience participating Liz Solo talks about when they have audience things would become unpredictable however it can be interaction between artist or adding spontaneity to the performance art. She mention that the essence of this performance art was responsive which is something new to me. In relate to any other art piece or performance art many are not as responsive as what Second Front has done. In Second Front’s performance art they could make decision to create or act differently even if they are the audience. As a result it created the spontaneity, something that cannot be planned. 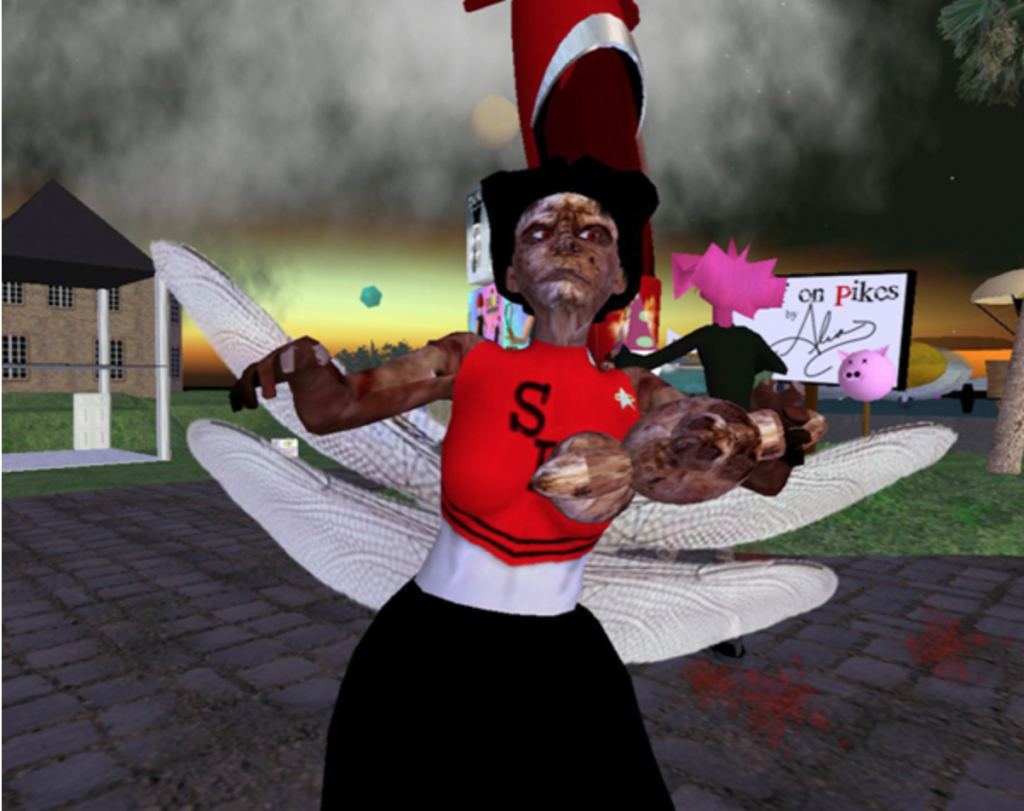 Another point that was interesting about this performance art was it was done without the body. Like Patrick Lichty has mention the usual performance art was about the body and usual audience seating arrangement. Yet Second Front break off the traditional performance combining it not only with the audience but in third space. They make me wonder what else we can do in the third space together? Probably in the next few years dramas or movie can be film in the third space where both party does not located at the same location.

In overall, the interview of Second Front were very inspiring. Getting to know the first hand knowledge from the artiest and understand deeper of their perspective and what they have learn has even help them in real life. I am also looking forward on how their unique performance art would evolve into different forms of performance.