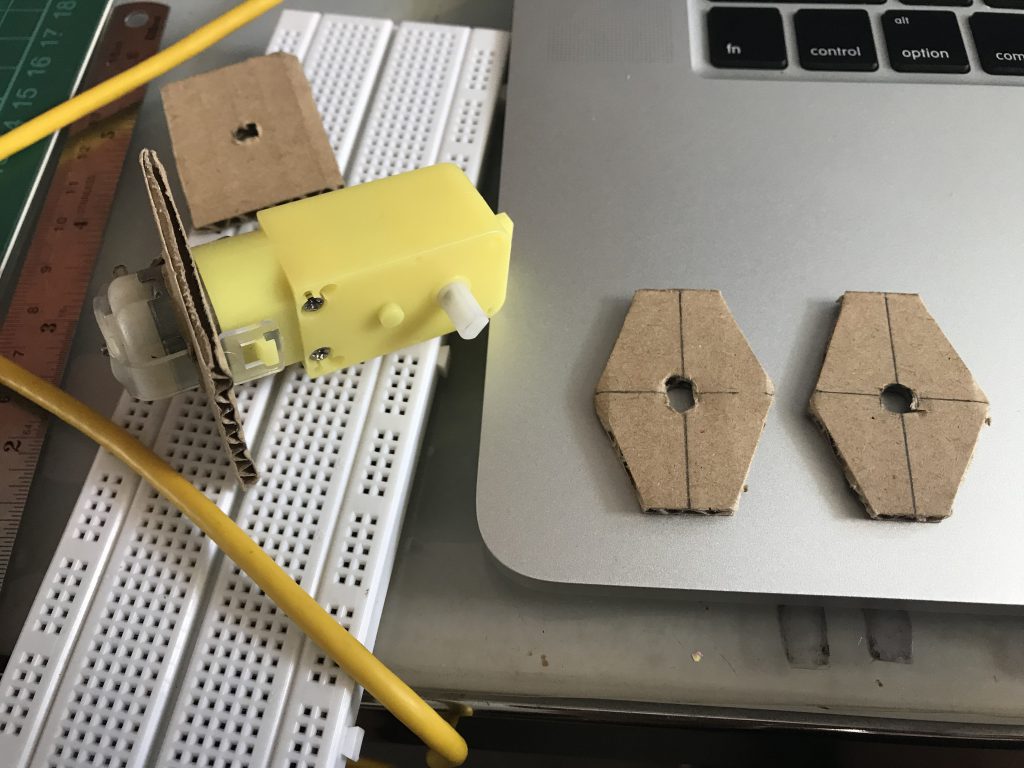 I started building Bob by using cardboard to test its movement. This shape turns out pretty good and it works well as an early prototype. At first one cardboard was enough to make it move but after a few times due to the turning the border of the cardboard was worn off. 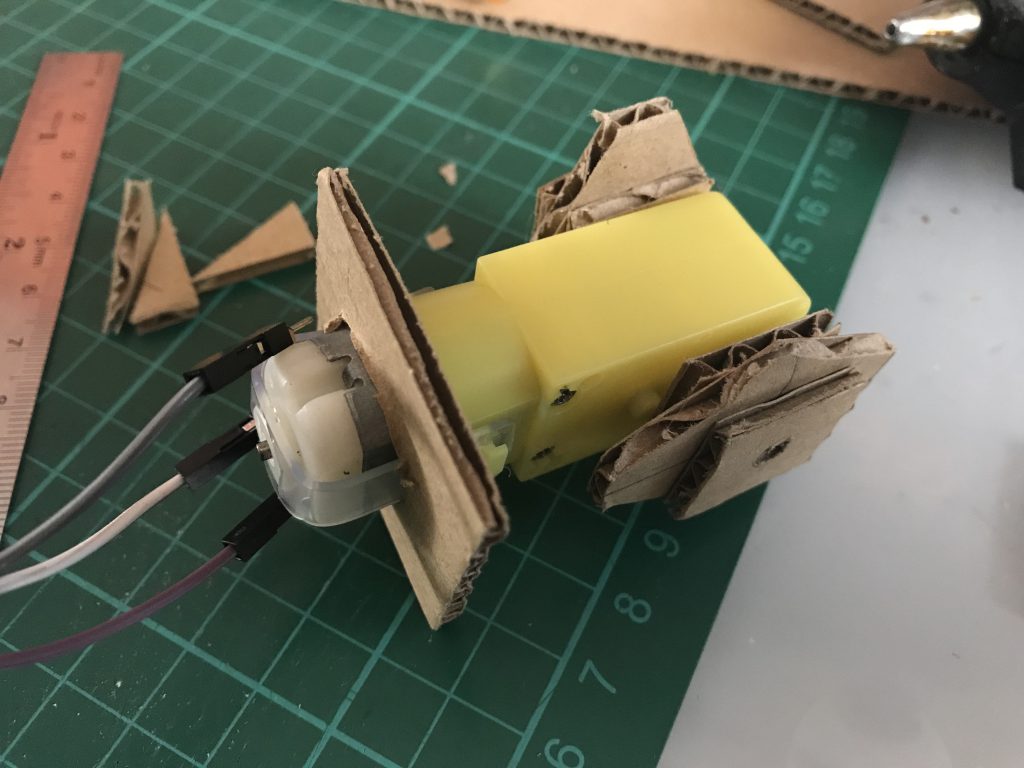 So additional support was added to both side of the wheel that will make the border of the hole stronger. The square cardboard was to support the motor when its moving around. 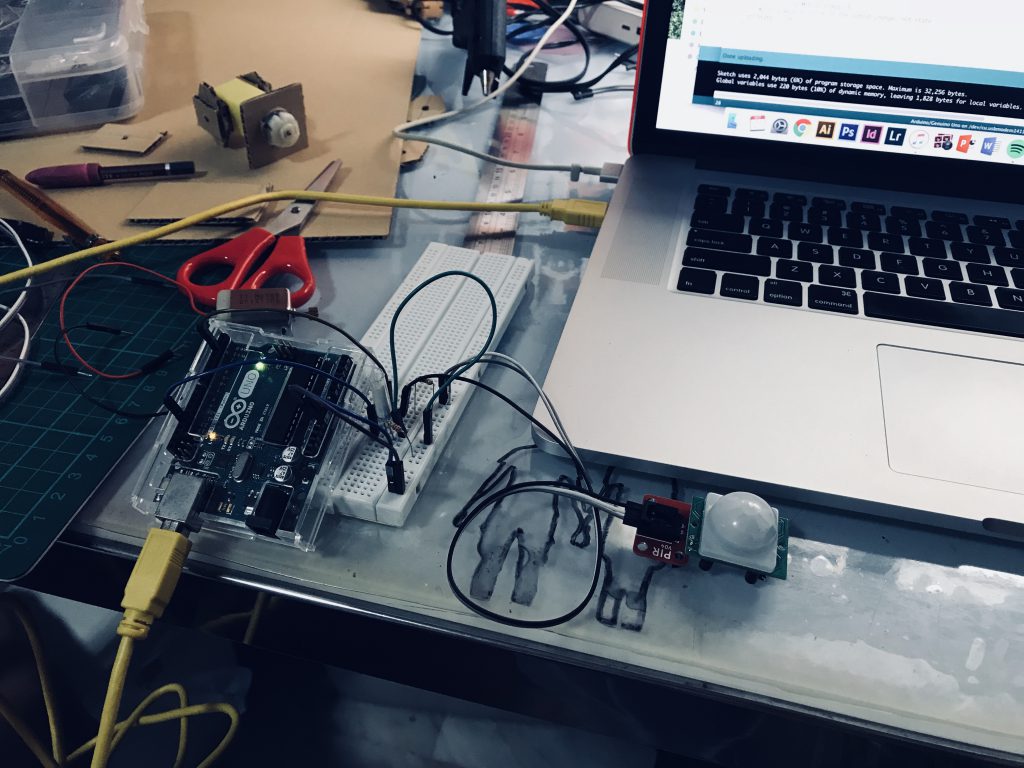 Nevertheless, I face some power shortage when I added another DC motor. So I added the motor shield to drive the two motor. 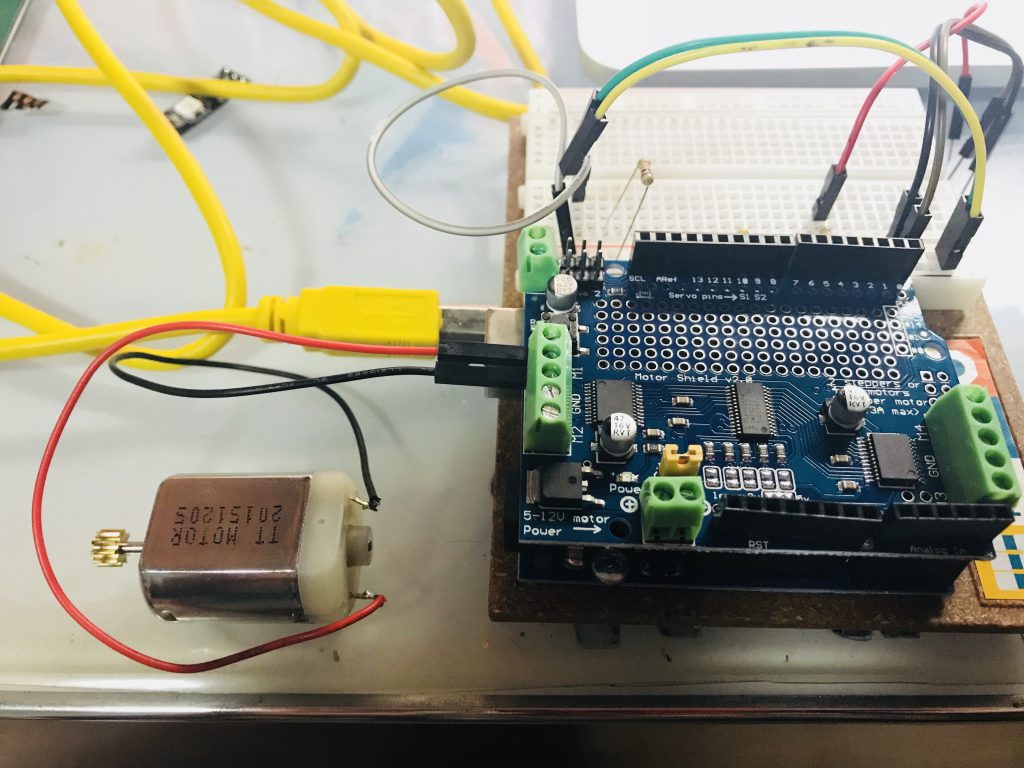 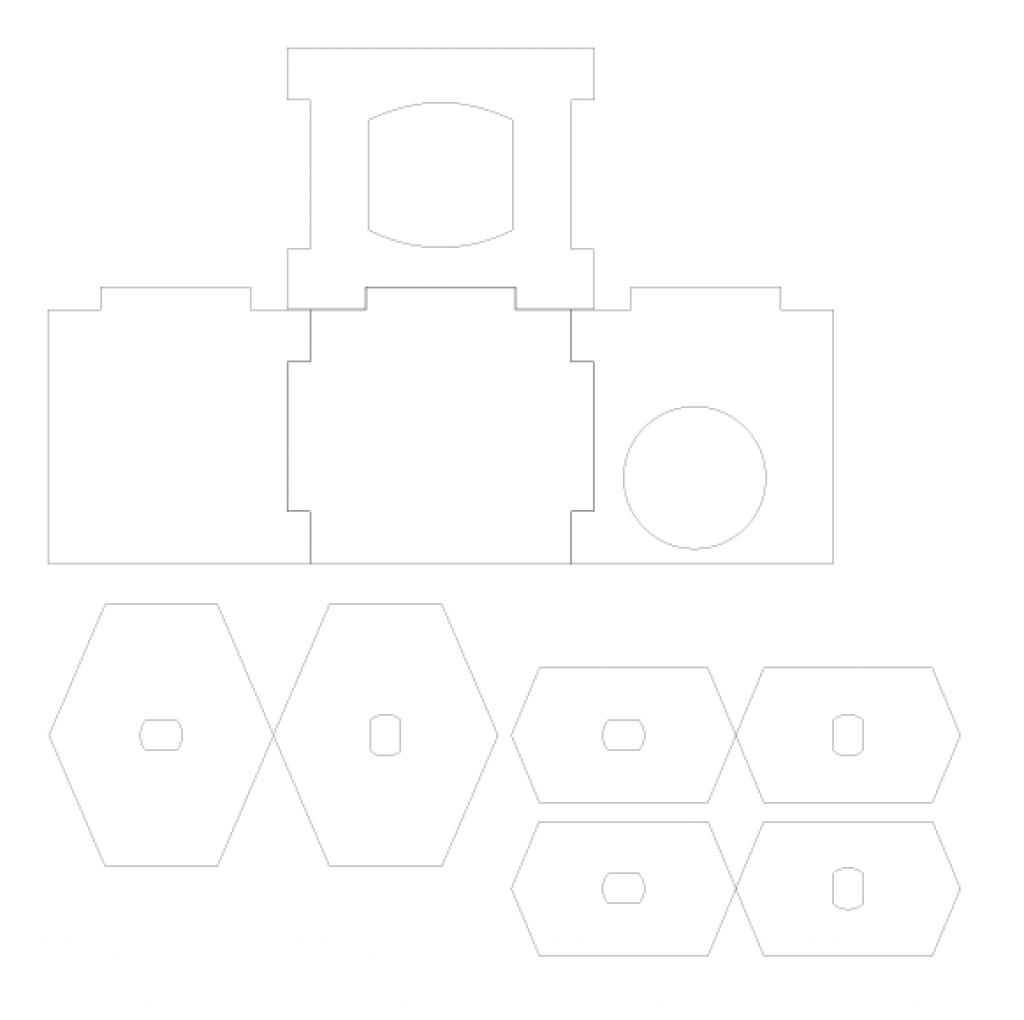 I also laser cut the acrylic to replay my previous prototype material. The box was to house the second DC motor and to support the main walking DC motor!

So in this video, the second DC motor act as a turning motor for the whole devices. There is a problem of the surface was too smooth for the acrylic to move, so I added some glue one the wheels to increase friction. Next I continue to work on the coding where I face problem with. 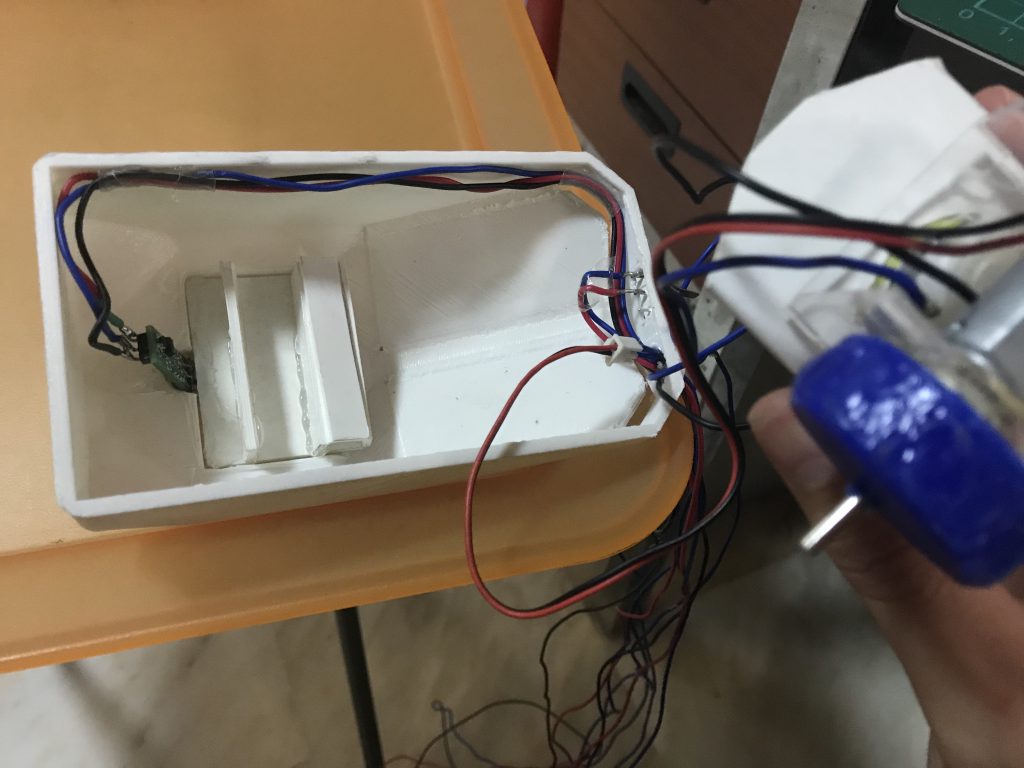 In conclusion, there are many problem which helps me learn more in this process. Also there is still room for improvement but this project allows me to see that I need to put my focus on small details as well. Such as my button that was place in front to trigger the wheel should not place together with the wire. As a result it kind of block the button that will effect the overall structure.