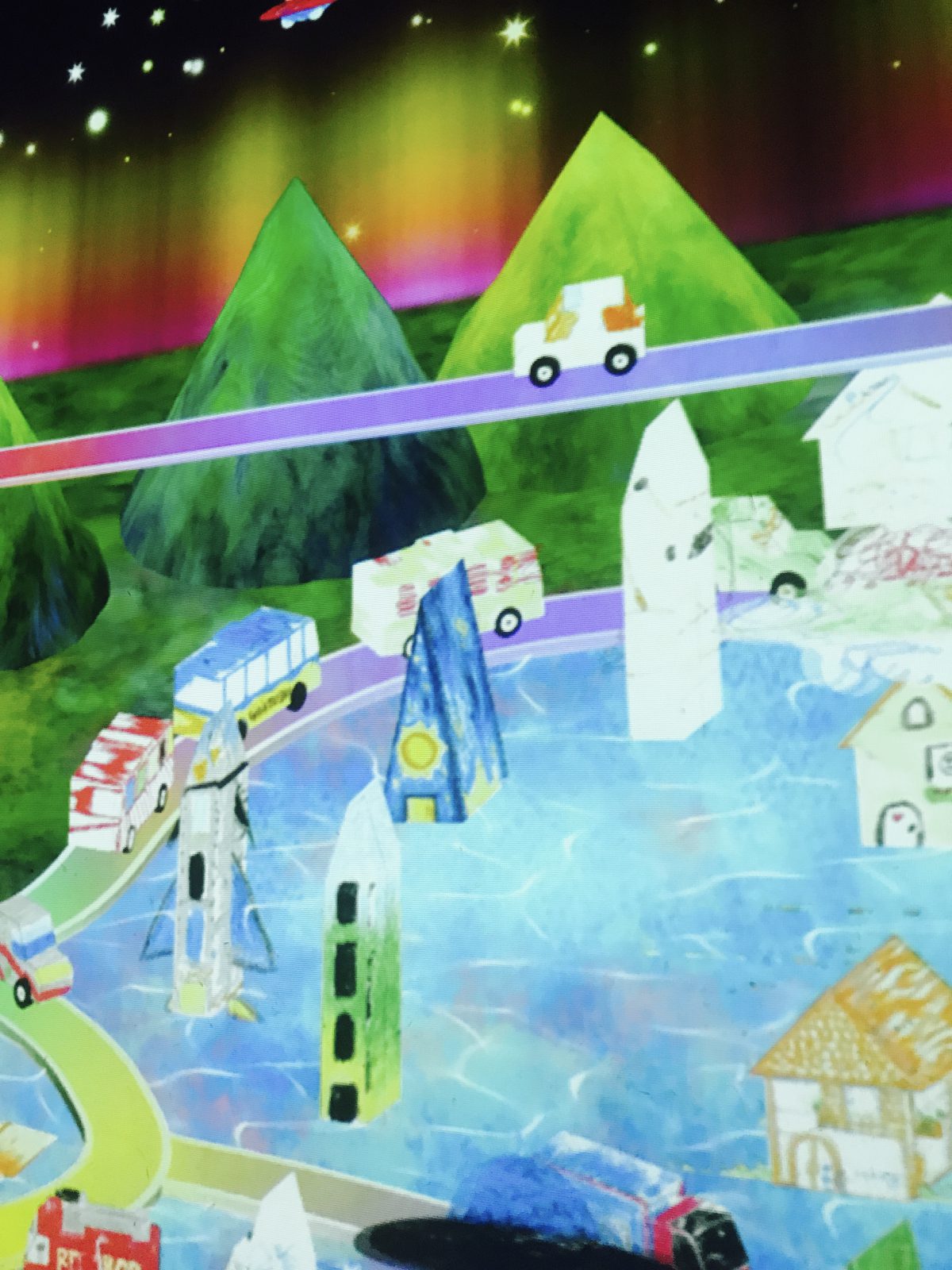 In April 2016 I when to Future World exhibition for the first time. After more than a year, the gist of the exhibition still remains! Unlike the usual quite and formal museum exhibition, I really like how Team Lab created their art in a more interactive way to engage both children and adults. In the exhibition it indirectly bring out our child like habits to starts playing around regardless your age that reminds me of saying “there is a child in each one of us”.

I feel that the Nature was really a great improvement. I remember vividly before was only movement of the flowers that was projected on the wall and floor. Yet for current version the experience was just like you are brought to another dimension and very mesmerising. The projection of art piece on the surrounding makes you fell like have the illusion just like you are on the journey with them. Although it can be quite dizzy after that. The energetic sounds effect enhance the experience even more by co-related with the visuals. 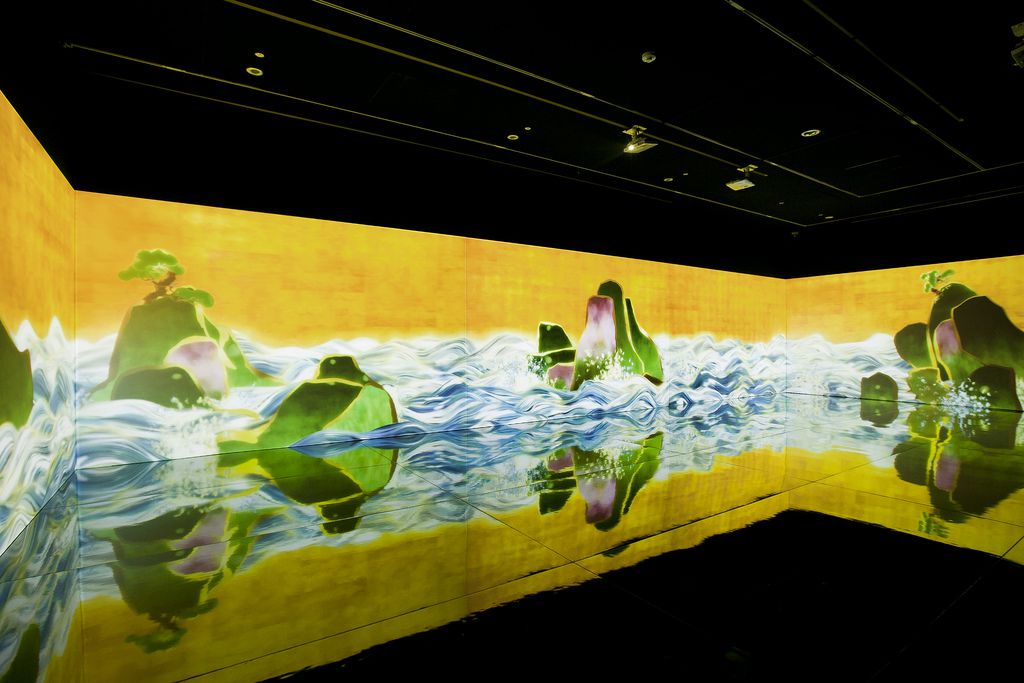 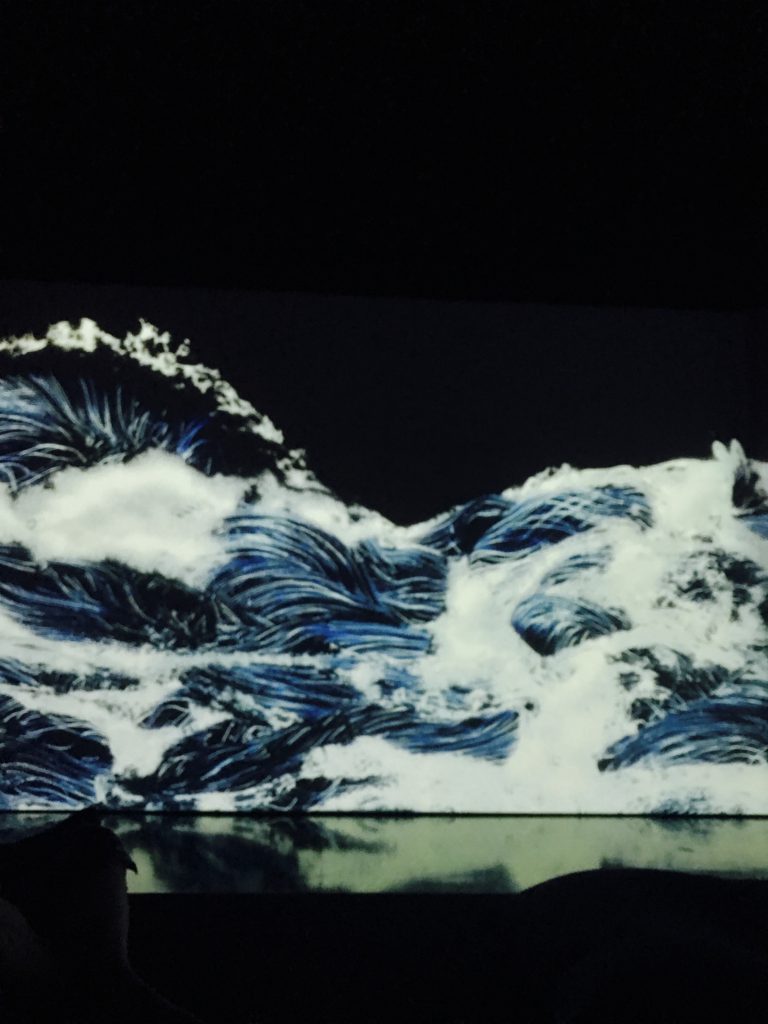 he above video shows the older version of Black Wave, called 100 Years Sea Animation Diorama which I felt it was a more interesting piece. I remember there was a different representation of the wave and there was a mountains and nature of landscape included. This would keep the viewer busy and wants to stay longer.

Nevertheless the current piece Black Wave, provides another kind of experience that has a calming effect just like how we would stare at the movement of sea. The sea was depicted by the traditional Japanese painting style by using curvilinear lines that move to create the overall moving effect. Large beam bags are place there for viewer to chill while looking at the artwork which it sort of mimic the feeling of seaside.

Follow on to the next exhibition, I really enjoy myself at the Town section. They even included the gigantic slides which is something very familiar yet we did not play with a long time. They also added projections of fruits, flowers and butterfly on the floor and slides which would bloom when people walk past, just like giving life to it. Such small little action create interests in us would makes people feel closer and wants to interact with nature. 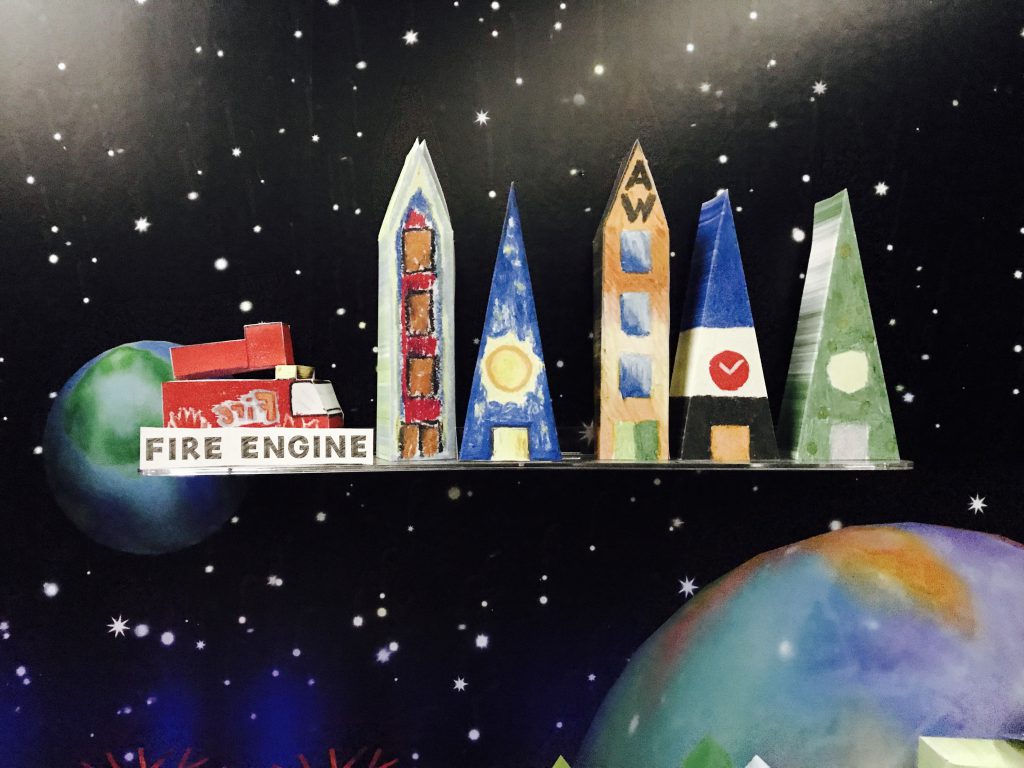 The most memorable project was the Sketch Town. Regardless your age, this would project your work live on the screen! Even though this is my second time, I wants to try this again! This artwork provides us a sense of ownership while combining all the artwork together in the whole piece. It creates topic among my friends and I while we drawing and making the 3D paper art. However, after reading the artwork description I realise that the whole projection of the town are interactive. We could actually touch the car so it would speed up or change in direction. It is such a big missed, probably we are occupied by drawing. 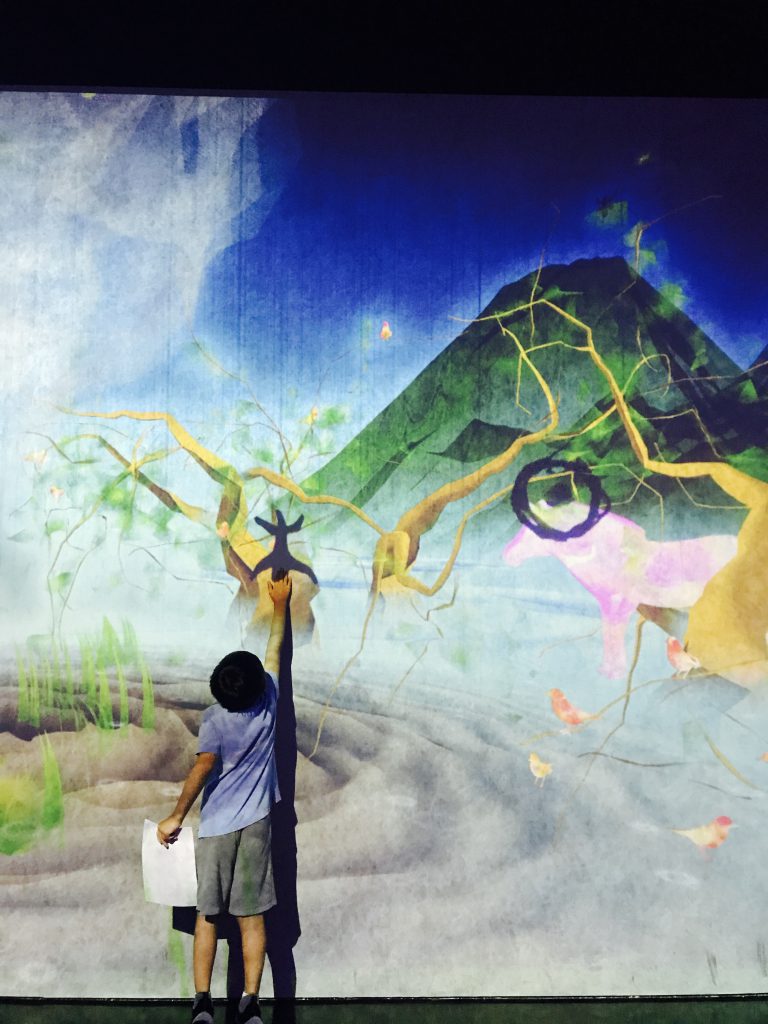 Lastly, my favourite piece was Story of the Time When Gods Were Everywhere! I am really amazed by how they created the sensing using the laser technology which seems like everywhere on screen can be detected. The visual are beautiful which looks like watercolour painting that goes on live painting. When we touched on the hieroglyphic characters it would turn them into nature elements and even animals. There would never be a same visual just like no identical moments in nature. A very interactive piece that involved gesture movements.

In conclusion, my second experience with future world never bored me. Team Lab’s interactive still interest me even though I have came here before. I feel that it is because every experience is very different that it remains fresh and new to me. I really admired how Team Lab get people from different expertise to work together and create innovative and artistic art piece that we have seen today.